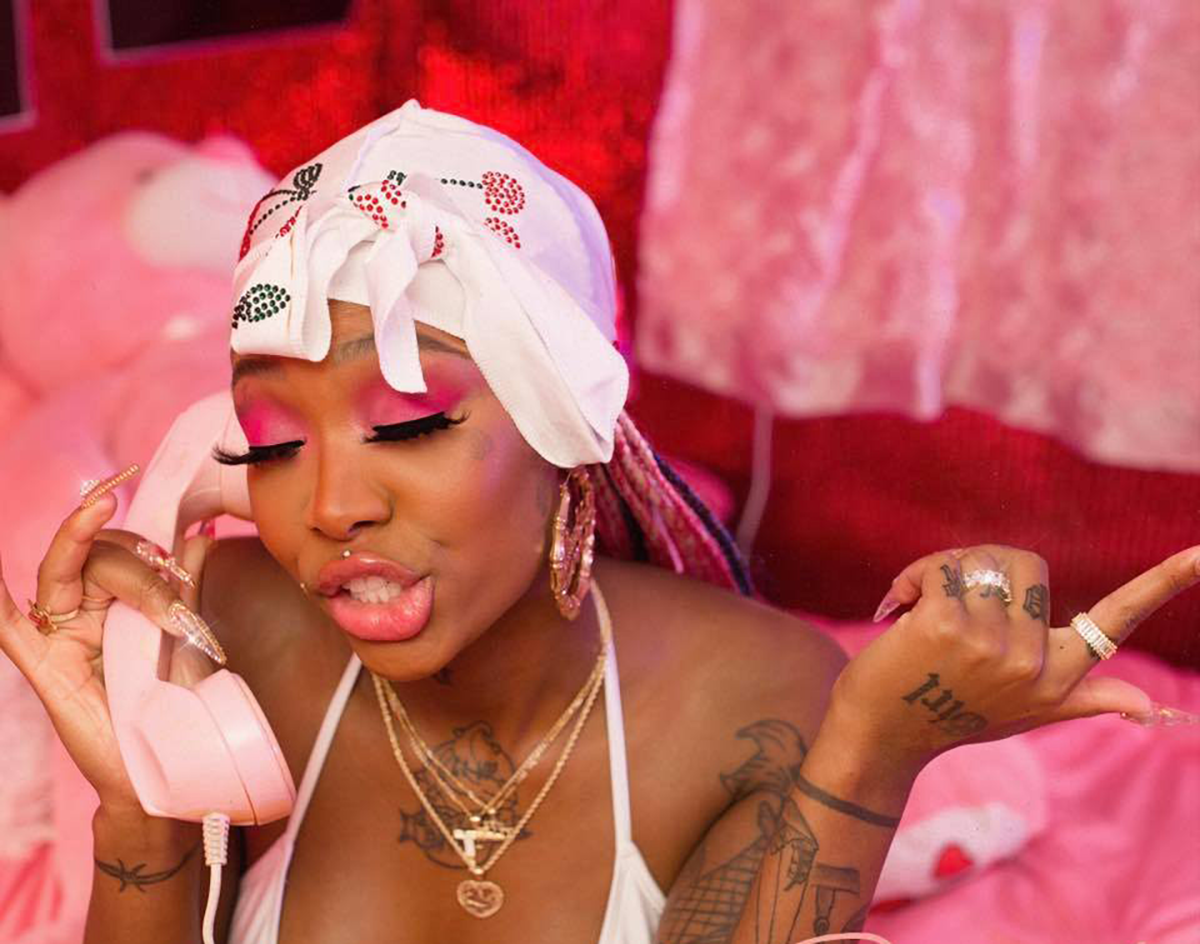 Get Over It With Summer Walker, Take A Midnight Voyage With Ghostland Observatory And Get Some Joy Out Of Jade Bird. Plus More!

We know everyone has… thoughts now that Kanye finally released his new album, Jesus is King, but who gives a shit about that when the most famous Dallasite is coming back with a vengeance?

Selena Gomez hasn’t put out an album in four years, and although she has since released chart-topping singles such as “Bad Liar” and ” Back To you,” fans have been eagerly awaiting a new project from the Grand Prairie native.

She finally delivered the goods on Tuesday, with not one, but two surprise new singles. The first of the two is a breakup ballad titled “Lose You to Love Me” accompanied by a black-and-white video shot entirely on an iPhone 11 Pro. Because what’s the point of making art about your personal life if you can’t flex while doing so?

Seemingly making up for lost time, she followed that track up with yet another single and accompanying music video shot on an iPhone 11, this time for the dance-pop track “Look At Her Now.” The song is joyous and triumphant, and is very likely to get stuck in your head. Since Gomez split from Justin Bieber, we’ll never be forced to claim him as a Dallasite-by-proxy, and for that, we should all be grateful.

Something else to be grateful for is the bounty of cool events going on around DFW this week. — Daniel Valdez

Screaming Females at Club Dada
God bless bands who never seem to leave the road. These Jersey punks swing by Dallas at least once a year, but are always worth seeing. — DV

Dreamers at House of Blues
The alt-rock band’s video for the track “Sweet Disaster” is a loving homage to Kevin Smith’s slacker classic, Clerks. Hopefully a Jay and Silent Bob parody isn’t too far behind. — DV

Rickmobile at Bishop Cidercade
If Rick & Morty’s notorious fanbase hasn’t turned you off from the show, Adult Swim is returning to Dallas with the Rickmobile pop-up shop for all your schwifty swag needs. — DV

Caravan Palace at Granada Theater
Like other French electronic artists FKJ, Madeon and the dudes with those helmets, electro swing septet Caravan Palace has amassed a dedicated following around the globe. Following a lengthy summer tour in Europe, they will end their equally draining run through the United States in Dallas, and hopefully get some rest after that. — GG

AJR at The Pavilion at Toyota Music Factory
Three brothers who make twee — but inoffensive — electro-pop with song titles like “Don’t Throw Out My Legos.” — DV

Tom Morello at House of Blues
In an era where there’s all kinds of machines to rage against, Morello’s agit-prop punk feels more relevant than ever. — DV

The Locust at Gas Monkey Bar N’ Grill
These San Diego noise-rock vets have a policy of only playing all-ages shows. Good on them! — DV

Jim Breuer at Winspear Opera House
Y’know, the guy from “Half Baked” who isn’t Dave Chappelle. Jokes aside, Breuer’s had a very successful stand-up career since the ’90s, he even opened up for Metallica on a tour last year — the range he has. — DV

Stiff Little Fingers at Trees
Northern Irish punk band Stiff Little Fingers formed around the same time as other U.K. punk trailblazers such as the Damned, The Fall, Crass, the Vibrators and the Buzzcocks, and as such, they carry a legacy just as significant. As Todd Louiso’s character once man-splained in High Fidelity, this band was heavily influential to acts such as Green Day. — GG

Ghostland Observatory at Canton Hall
The famed Austin electronic act has a tradition where it plays Dallas every October to celebrate Halloween. On that note, Halloween falls on a Friday next year, and we’re incredibly stoked. — GG

Anamanaguchi at Granada
If you were lucky enough to catch this chiptune crew’s last headlining Dallas show way back in 2013 at Club Dada, you know they’re not to be missed. — DV

IDK at House of Blues
The Maryland-conscious MC’s moniker doesn’t stand for “I Don’t Know,” but for “Ignorantly Delivering Knowledge.” We’re anxiously awaiting for the first rapper to turn “SKSKSK” into a pretentious acronym. — DV

Caifanes at House of Blues
One of the most important Mexican rock bands of the ’80s and ’90s is reuniting and playing Texas. Check out their track “Viento,” one of the best songs the Cure never wrote. — DV

The Devil Wears Prada at Gas Monkey Bar N’ Grill
This band is a lot like the movie it’s named after, just swap out Meryl Streep and Anne Hathaway for a Christian metalcore band from Ohio. OK, maybe they’re not that much like the movie, after all. — DV

Heart Bones at Three Links
Comedian/musician Har Mar Superstar and Sabrina Ellis from the Austin punk band A Giant Dog have teamed up for a duo project best described as Sonny & Cher on acid. — DV

Magic Beans at Deep Ellum Art Co.
One of the more popular jam bands in the post-Phish landscape. We hope you like solos! — DV

Nosferatu with Live Score at Texas Theatre
F.W. Murnau directed this Dracula flick almost a century ago, but it’s still legitimately scarier than most of the jump-scare schlock out these days. The Texas Theatre is showing it on all Hallows eve, with a live score from the Invincible Czars. — DV

Miss June at Double Wide
These Kiwi punks have been garnering a lot of buzz on college radio as of late, which they’ll likely harness for a sure-to-be electrifying set at Double Wide. — DV

Long Island Medium Live at The Pavilion at Toyota Music Factory
One of TLC’s most popular contributions to our society’s downfall is touring around the country, claiming she can psychically communicate with the dead. At least most Halloween entertainment has the integrity to admit it’s fiction. — DV

The Chainsmokers at American Airlines Center
If you notice a shortage of trick-or-treaters this Halloween, this show might be the reason why. — GG

Jade Bird at Granada Theater
Futurebirds, The Birds of Night and Dead Mockingbirds are sadly not opening. — GG

Melvins at Trees
One of the greatest metal bands of all time (I will die on this hill) makes its millionth return to Trees – and on Halloween, no less! Bassist Steven McDonald and drummer Dale Crover are also part of Redd Kross, which just so happens to be opening this show, along with Swedish solo artist ShitKid. — GG

Sabrina Claudio at HOB
Claudio has survived Twitter cancellation and continues to find success in the alternative R&B lane. — DV

Josh Heinrichs at Gas Monkey Bar N’ Grill
Previously the lead singer of the Missouri reggae group Jah Roots, Heinrichs has spent the past decade touring on his own. He also just dropped a new album last year. — DV

GWAR at Gas Monkey Live!
These comedy-metal titans have had a turbulent past few years, with the death of their former lead singer and some other lineup changes, but they’re keeping-on to kick out the jams on Halloween night. — DV

Radkey at Three Links
This garage-rock band of brothers opened last year for Jack White, but you won’t have to pay nearly as much to see them this time around. — DV

House on Haunted Hill at Texas Theatre
When this film first screened in Dallas in 1959, the producers used an absolutely bonkers gimmick called “Emergo,” where, during a pivotal scene, a red-eyed skeleton would float over the audience to spook them. The “Emergo” concept has laid dormant since then… until this screening. A live ballet performance inspired by the film will take place before the film. — DV

MrCreepyPasta’s Halloween Spectacular at Sons of Hermann Hall
Youtuber MrCreepyPasta has gained over a million Youtube subscribers through telling freaky horror stories on his Youtube channel. Think of him as R.L. Stine for horror-desensitized millennials and Gen Z kids. — DV