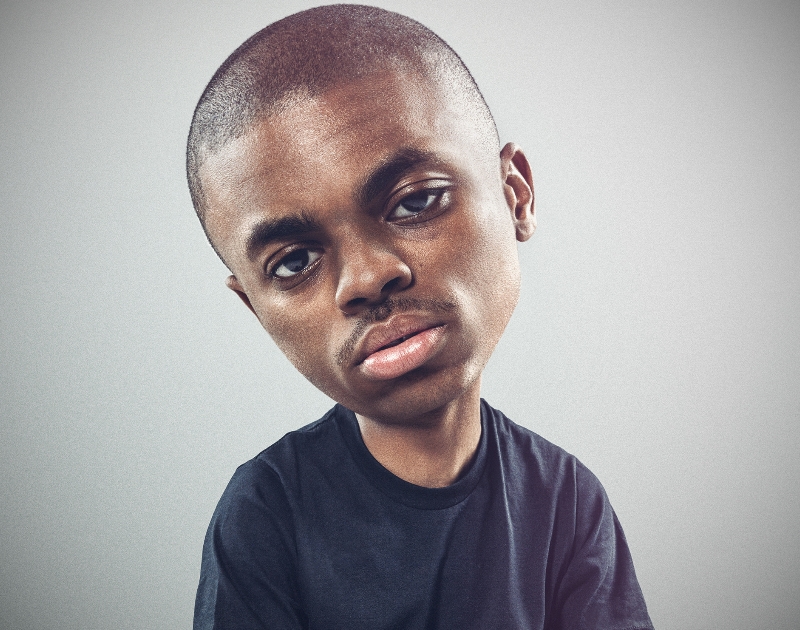 Have Some FUN! With Vince Staples, Get a Kick Out of Soccer Mommy, Take Out the Tuesday Night Trash and Horror Flea Market, Get Roasted by Nikki Glaser and More.

The internet is both the best and the worst.

It’s an infinite resource and endless source of entertainment. It’s also a breeding ground for all kinds of hate speech and negative comments. But there are many ways to deal with the haters online to minimize their impact.

One surefire solution is to log off and enjoy the real world for a bit. Here’s a list of places to sporadically to that throughout the week. And, yes, we do understand the irony of that statement. — Cory Graves

Card Exchange Musician Mixer at Deep Vellum Books
Continuing its Southern Dallas Residency Program the DSO is using this musician mixer to collect gently used instruments as part of its continuing initiative to give every child in South Dallas the gift of learning to play music. — CG

William Fitzsimmons at Sons of Hermann Hall
If you’re looking for a relaxing night to put your mind to ease before bed, check out William Fitzsimmons and this seated Sons show. While he doesn’t necessarily break new ground in the folk scene, he reveals heartfelt and insightful stories throughout his album even though the authenticity is questionable at times (this gent has apparently been through hell, and a couple divorces), it still makes for a mellow and esoteric listen. — Chrissi Chetwood

Bachelor Nation Watching Party at Steam Theory Brewing Company
On Mondays we drink wine and watch The Bachelor at the brewpub owned by host Chris Harrison. Another round, coming up. — CG

Arts & Letters Live: Dani Shapiro at Horchow Auditorium
People are finding out all kinds of things with those mail in DNA kits, from unknown ancestry to diseases they may be genetically predisposed to. Others, like author Dani Shapiro, figured out that their parents aren’t their real parents. In her 2016 book, Inheritance, she writes about what it’s like to have that rug pulled from beneath you 50 years after the fact. She’ll discuss that topic live in person with fellow author Sarah Hepola. — CG

Desk Set at The Magnolia
This ’50s version of You’ve Got Mail centers around reference librarian Bunny Watson (Katharine Hepburn) eventually falling for the computer expert (Spencer Tracy) she initially fears will put her out of work. An interesting time capsule, if only to see what a 1950s computer expert looked like. — CG

Tuesday Night Trash: Alley Cat and Cyclone at Texas Theatre (Free)
On top of the theatre’s free, monthly b-movie screening – this month it’s a double feature of 1984’s female-led revenge flick Alley Cat and 1987’s female-led revenge flick Cyclone, the latter based on a fitness instructor – there’ll also be a horror movie flea market out in the lobby. — CG

Vince Staples at House of Blues
The rapper’s latest album was hailed by NPR as “a meta-gangsta reflection on the popular consumption of black nihilism as peak entertainment in 2018.” It also happens to slap. Oh, and the opener, the Pharrell-backed Buddy will be on James Corden’s late night show one day before this Dallas show. CLICK HERE TO WIN VIP TICKETS — CG

Yung Gravy at Trees (Sold Out)
His name and various monikers may sound silly — as well as his song titles — but hey, give his Soundcloud profile a listen and you’ll see that this guy has some seriously sick beats and some diehard fnas. bbno$ and Tiiiiiiiiiip also perform. — Obed Manuel

NEON Chrome DTX at The Nines
The first Wednesday of the month means it’s time for Chroma Punk’s monthly synthwave night at The Nines. Specials include $3 wells and domestics and $5 Tully all night. — CG

The Ellen Degenerates, The Black Cassettes, North By North, Casual Relapse at Three Links
An all-local punk offering down at headquarters. — CG

Dillon Francis X Alison Wonderland at South Side Ballroom
Moombahton pioneer Dillon Francis and electropop sensation Alison Wonderland are co-headlining this stacked touring package, which follows the releases of their respective 2018 full-length albums Wut Wut and Awake. They even dropped this promo video to accompany the announcement, which aptly displays the chemistry the two EDM artists share. — Garrett Gravley

Soccer Mommy at Dada
Sophie Allison dropped out of NYU in 2017 to more seriously pursue her music career under the name Soccer Mommy. The results have been fruitful last year alone. In March, she released her debut album Clean on Fat Possum, and subsequently found herself touring with such acts as Kacey Musgraves, Paramore, Foster the People, Stephen Malkmus & The Jicks, Liz Phair, Phoebe Bridgers and Speedy Ortiz. Again, this all happened just last year. The Nashville singer-songwriter returns to Dallas as part of a headlining tour. Hovvdy and Motiongazer open. — GG

Nikki Glaser at Addison Improv
The delightfully off color mind behind the Comedians Sitting on Vibrators Getting Coffee series, and perennial Comedy Central Roast participant will bust out five stand-up sets over the course of the next three days. — CG

Lucy Dacus, Illuminati Hotties at Ruins (Sold Out)
All the best guitar-centric indie rock these days seems to be made by women. Along with Dacus, there’s Julien Baker, Phoebe Bridgers, the three of which also teamed up for a 7-inch under the name boygenius. On top of that, see critically hailed acts like Mitski and Snail Mail. Anyway, it’s of zero surprise that this one is long sold out. If that bums you out, may we recommend that Soccer Mommy show at Dada as a nice consolation. — CG

MadeinTYO at Trees
Mr. Tokyo skrrrts his way to Dallas for a show at Trees. Not only did his album, Thank You, Mr Tokyo, gain much public praise, but it also landed him a spot in the XXL Freshman 2017 class. He will be performing with Thutmose, 12 HONCHO, WYBMF and FlexinFab. — CG

Dancing With the Stars: Live at The Theatre at Grand Prairie
The name of this tour is a little misleading, as it’s just the professional dancers from the titular show, but none of the celebrity competitors. — CG

Poppin’ Valentine’s themed Pop Up w/ Ronnie Heart at Main At South Side
Some pre-Valentine’s funk from regular host Ronnie Heart, with vegan food and 20 artists and vendors. — CG

Corb Lund at Sons of Hermann Hall
Lest his refreshingly traditional approach to country music fool you, this dude hails from up north. Like, way up north. Like, all the way to Canada. Still, he’s as authentic as they come. He even grew up on a ranch and stuff. — CG

True Crime No. 3: Sarah Weinman: The Real Lolita at The Wild Detectives
Continuing the coffee shop’s trendy True Crime series is author Sarah Weinman, whose novel The Real Lolita: The Kidnapping of Sally Horner and the Novel That Scandalized the World is an investigation into the real life 1948 crime that inspired Nabokov’s classic work of fiction. — CG

Jacob Banks at Granada Theater
The Nigerian-raised, U.K.-based singer-songwriter boasts a world of multicultural influences to draw from in his wide-ranging and jazzy tuneage. Jamie N Commons. — CG

Samantha Fish at Shipping & Receiving (Sold Out)
After touring for many years as the guitarist and singer in a ripping blues trio, Fish has retooled her sound and brought on horn and keys players to pull off the bigger new soul songs. — CG

Lee Ann Womack at Kessler Theater
I hope you dance. I also hope you don’t talk so loudly throughout the show that you get kicked out and publicly shamed. — CG

Improv w/ a Mayoral Candidate: Miguel Solis at Dallas Comedy House
The ability to think on one’s feet is as good a criteria to base your vote on as any, we suppose. — CG

Spike Lee’s BlacKkKlansman at Texas Theatre
In honor of awards season, the film that earned Lee his first-ever Best Director nod at the Oscars is temporarily back in theaters. — CG