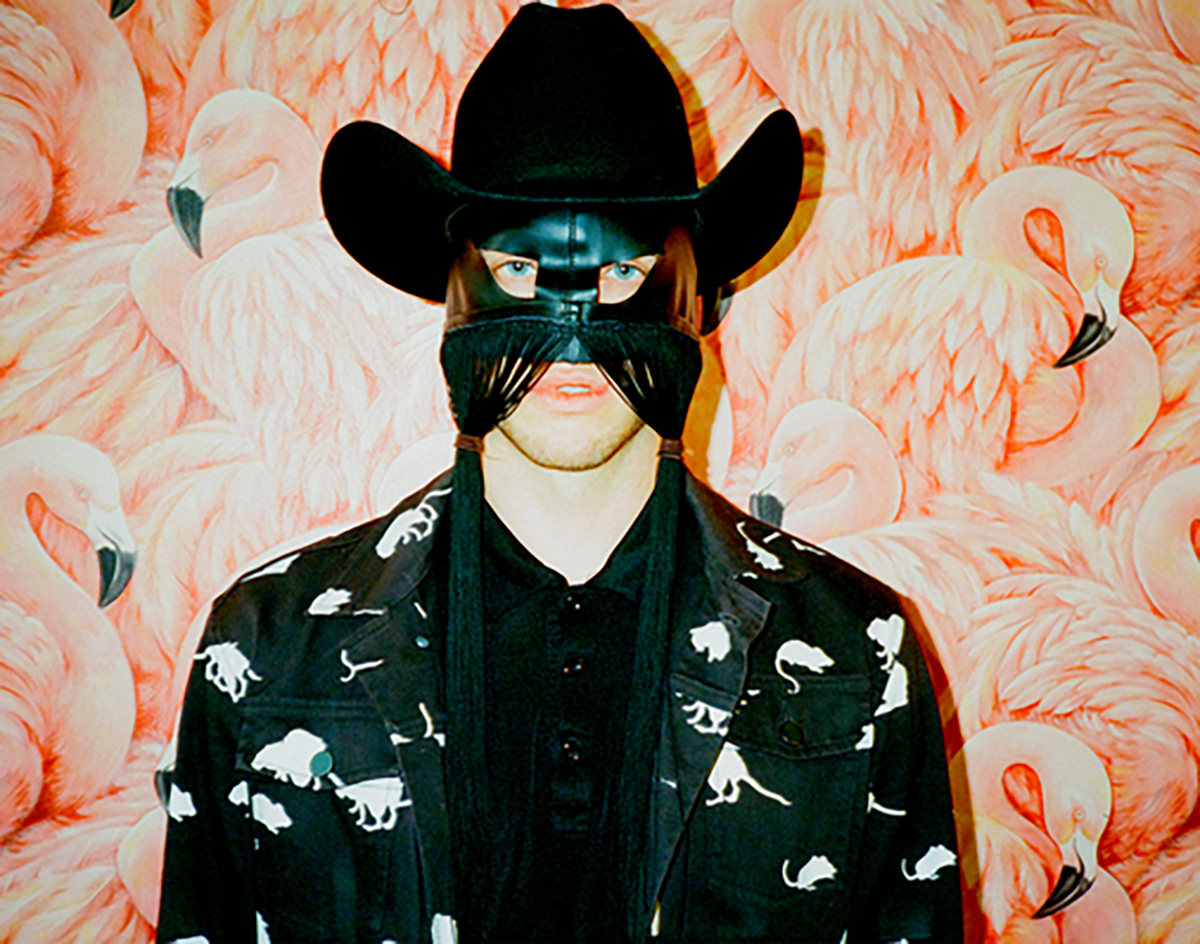 Pony Up With Orville Peck, Make The Same Old Mistakes For Tame Impala, Be Muna’s Number One Fan And Strike A Nerve With Bad Religion. Plus More!

On Wednesday, we caught the Jonas Brothers at their sold-out show at American Airlines Center. They played plenty of the old Disney jams, but with more recent, adult hits like “Sucker,” it’s becoming clear the trio of brothers aren’t just some washed up act coasting on nostalgia.

You’d have to squint to call them a hometown act — they grew up on Kiest Boulevard, then lived just outside of Fort Worth in Westlake for a few years, but only Nick was born in Dallas. Regardless, the fans ravenously ate up their shout-outs to the Big D.

Even so, they didn’t clue Nick’s kind-of-not-really hometown into the fact that they would release a brand new Diplo-assisted song called “Lonely” and its subsequent video just two days later. So yeah, you could say we’re hurt. 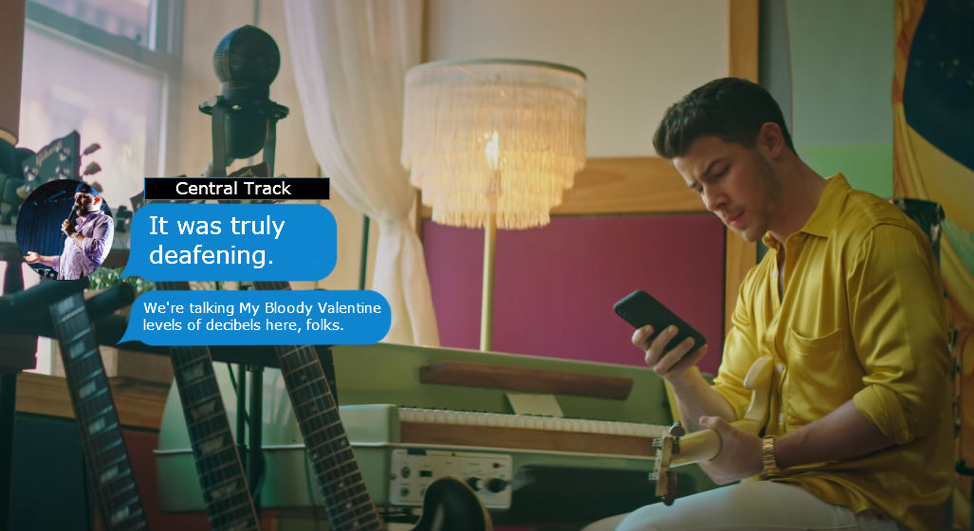 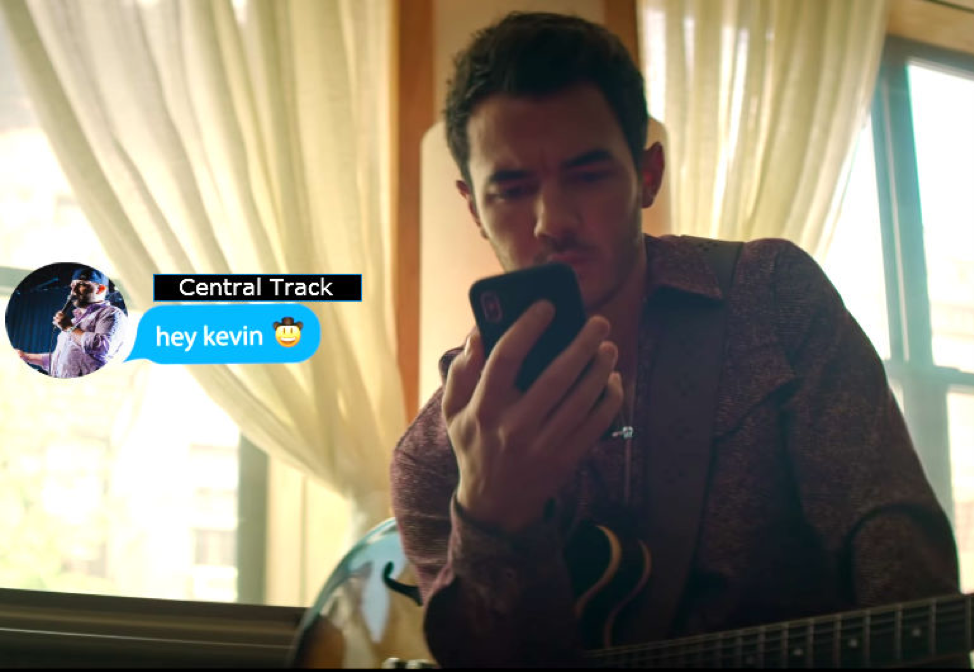 We love us some JoBros around here – we just wish the feeling was mutual.

Your week doesn’t have to be as heart-breaking as ours though, at least not with this list of cool things to do in town. — Daniel Valdez

Kishi Bashi at Trees
Kaoru Ishibashi has quite the impressive pedigree — he was a violinist for Regina Spektor and of Montreal. Since 2011, he’s been performing under a solo project titled Kishi Bashi, of which he just released a new album titled Omoiyari. — Garrett Gravley

Outward Bound Mixtape Sessions at RBC
Outward Bound bills are reliably eclectic, and this week’s lineup is no different. Lily and Hornhorse bring perky avant-pop from NYC, Tokyo’s Nephilim is playing amped-up J-Rock begging for its own anime opening and local acts Flesh Narc, MoMWoW and Pollen bring their own trippy goodness to RBC. — DV

Drunk Spelling Bee at Halcyon
North Texans are known for having spelling bees on lock — three of the eight winners of this year’s National Spelling Bee were from DFW. Try living up to that reputation with a few drinks in you. — DV

Danny Duncan at Trees
This is one of many stops for a tour dubbed “The Virginity Rocks Tour 2.” Alrighty then. — GG

Corrosion of Conformity at Canton Hall
Back in the ‘80s, the rise of hardcore punk gave life to a plethora of branching subcultures. Along with D.R.I. and Suicidal Tendencies, Corrosion of Conformity stands as one of the pioneers of crossover-thrash, a subgenre that blends the styles of Black Flag and Flipper with those of Slayer and Testament. The band would eventually go through numerous lineup and stylistic changes over the years, and in the process, sign to Columbia, make a fortuitous climb on the Billboard charts and collaborate with James Hetfield. — GG

Masked Intruder at Three Links
Masked Intruder released its third album, Masked Intruder III, in March via Pure Noise Records. Having been the opener on recent tours for the likes of the Interrupters and Less Than Jake, this Wisconsin-based band is headlining this time around. — GG

Nurse Blake at House of Blues
It’s not a weird band name — he’s an actual nurse named Blake. He just happens to have about half a million Instagram followers, is all. — DV

Ride at Trees
This legendary English shoegaze outfit almost never seems to come through Texas, so this is long overdue. — GG

Kid Quill at Deep Ellum Art Co.
Indiana rapper Kid Quill jumped on radars following tours with SoMo and Devvon Terrell. Since late 2018, he has been working on an upcoming album, which he states, “is the closest my soul has ever felt to a piece of music.” — GG

Tobi Lou at House of Blues
The Chicago rapper’s most popular videos are homages to millennial-classic cartoons like Adventure Time and Avatar: The Last Airbender. Solid taste in toons and tunes! Femdot opens. — DV

Tame Impala at The Pavilion at Toyota Music Factory
Where’s the album, Kevin? It seemed like a new record was imminent earlier this year when the band dropped two new singles and played SNL, but it’s spent the rest of 2019 strictly touring. Still, it’s are one of the best large-scale live bands going right now, so we can’t complain too much. — DV

Ride Album Signing at Good Records
If you’re gonna see Ride at Trees, you might as well get the new record signed too. Starts at 6:30 p.m. — DV

The Toasters at Three Links
Ska gets a bad rap these days, but these guys are 2nd-wave OG’s. Real ’90s kids might recognize the band’s work, as it wrote the theme song for the underrated Nicktoon KaBlam. — DV

Immolation at Trees
New York death metal legends Immolation have released some of the genre’s most wretched, unholy cacophonous sounds imaginable. Fun fact: The band’s name was initially Rigor Mortis, but the Dallas band of the same name beat them to that punch by about three years. — GG

Grandson at Canton Hall
If Macklemore’s pseudo-wokeness being dubbed over the production of Twenty One Pilots sounds appealing to you, check this out. — GG

Gouge Away + Jerome’s Deam at Ruins
Pioneering screamo outfit Jerome’s Dream has recently reformed and is coming through DFW for what is presumably the first time ever, and will co-headline this run with Floridian punk outfit Gouge Away (whose name likely comes from that Pixies song). Philadelphia hardcore act Soul Glo and Denton’s NOSK open. — GG

Sam Fender at Club Dada
Elton John once Facetimed this English singer-songwriter during a Beats 1 interview. How’s that for street cred? — GG

Autumn Wine Walk at Bishop Arts District
$20 gets you a wine glass and ten samples from the various merchants as you stroll around the area. Bougie? Absolutely. Could be fun though. — DV

Dead End Kids Tour at Three Links
Dead End Kids isn’t really a band so much as it is a concept. Ryan Ross (formerly of Panic! at the Disco) and a group of fellow musician friends dress all fancy and attempt to make an interactive gig that changes setlist and form every single night. Does that sound kinda vague? It is! But that’s the point. — DV