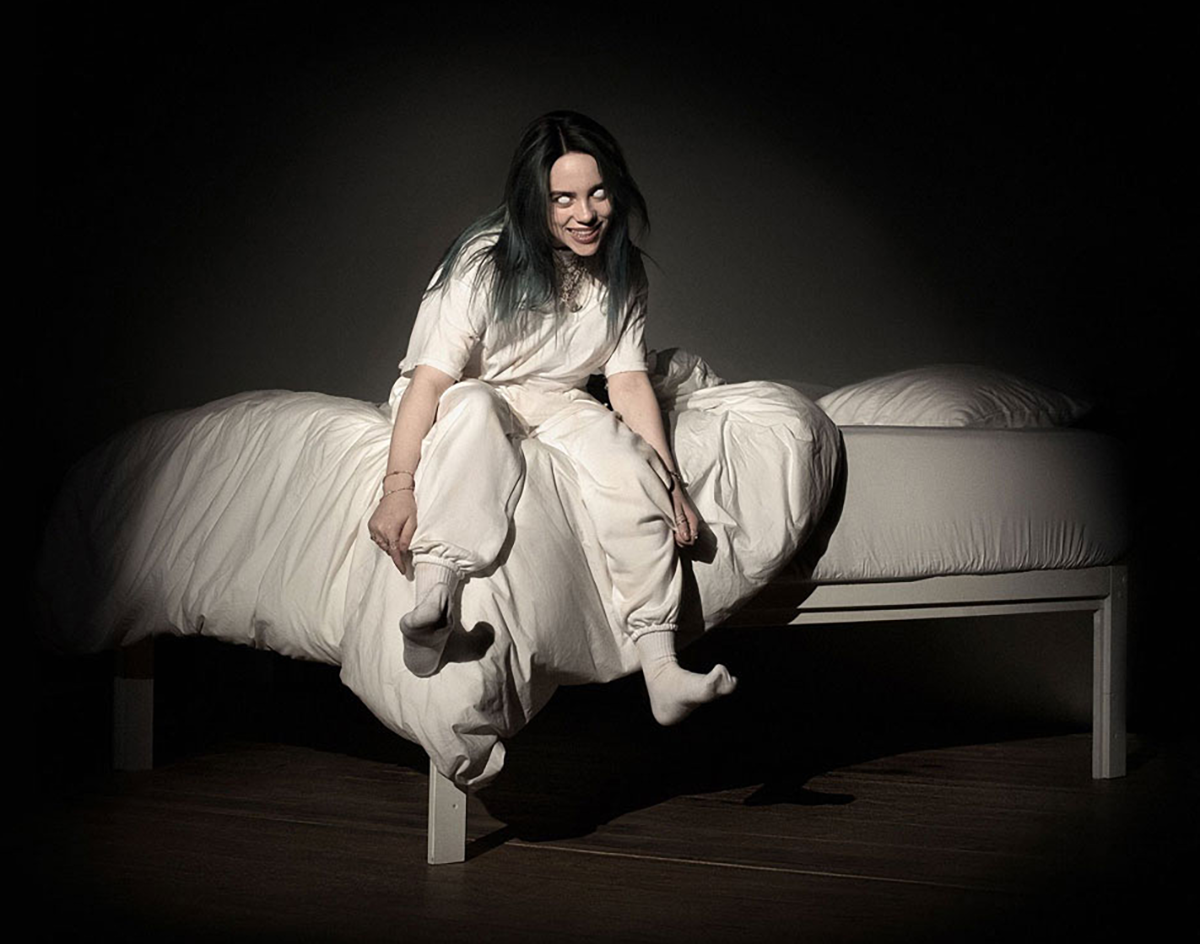 Stay After The Party’s Over With Billie Eilish, Follow Your Arrow To Kacey Musgraves And Legalize Everything With Eric Andre. Plus More!

On Thursday, Politico got the scoop that former Texan Governor/clown-in-chief Rick Perry is expected to resign from his post as Energy Secretary in President Trump’s cabinet.

Perry’s employment plans from here on out are unclear, but thankfully, he’s already ruled out the possibility of running for president again.

In the interest of helping him map out his next misadventure, we’ve put on our school guidance counselor cap and derived a list of potential jobs he could try out next.

Call us, Dick. We’ll help plan that next move.

You can plan your next move too, with this list of neat events happening in and around DFW this week. — Daniel Valdez

The Raconteurs at South Side Ballroom
Jack White has a reputation for being pretentious, but the dude collaborated with Insane Clown Posse on a Mozart-inspired song and released it on his label, Third Man Records (we’re not making this up.) You can’t get any less pretentious than that, right? — Garrett Gravley

Acid King at Gas Monkey Bar N’ Grill
This stoner-rock trio came out of San Francisco in 1993, back when you could start a band there without a trust fund or a venture capitalist investment. — DV

Fink at Wild Detectives
Fin Greenall is one of those musicians who has a low public profile but is secretly everywhere. Dude’s done production and remixes for the likes of John Legend, Ryuichi Sakamoto and even Amy Winehouse. — DV

RAW Artists Presents Stellar at House of Blues
The RAW organization showcases local artists in various cities across the U.S., now Dallas gets its own version of the pop-up gallery. — DV

Billie Eilish at American Airlines Center
The angsty Los Angeles electro-pop artist makes an overdue return to Dallas 11 months after her ridiculously intimate show at Granada Theater back in November 2018. Before the anticipated release of her incredible debut album When We All Fall Asleep, Where Do We Go?, Ms. O’Connell amassed an impressive eight singles on the Billboard Hot 100, dating as far back as 2016 (and she is currently 17-years-old, mind you.) Call her an “industry plant” if you must, but a rise to fame this meteoric is even more noteworthy when you consider the grit and edginess behind her sound. — GG

Natalia Lafourcade at The Pavilion at Toyota Music Factory
Natalia Lafourcade is a Mexico City-based singer-songwriter whose career reached its 20-year anniversary last year. She won a Grammy in 2016, won numerous Latin Grammys, collaborated with Miguel on “Remember Me” for the Pixar movie Coco and formed the band Natalia y La Forquetina in 2005 (“Forquetina” doesn’t mean anything in Spanish, turns out.) — GG

Kamelot at Canton Hall
If you’re a metalhead, you’ve got plenty of enticing options on Tuesday. First up is Kamelot, a symphonic metal crew from Florida. — DV

Sabaton at House of Blues
Each record of Sabaton’s is essentially a military history lesson taught by a Swedish power metal band. Still more qualified to teach than your middle school P.E. coach who taught geography. — DV

Beyond Creation at Gas Monkey Bar N’ Grill
This band’s metal sub-genre is Technical Death Metal, occasionally referred to as “tech-death,” which is honestly so much cooler sounding than the full name. — DV

Banks at House of Blues
BANKS is the stage name of Orange County singer-songwriter Jillian Banks, who became an alt-radio darling in the mid-‘10s, with singles such as “Beggin for Thread.” Her infusion of R&B, synth-pop and trip-hop garnered her a crossover audience and made her a suitable opener for The Weeknd’s fall 2013 tour. She embarks on her third headlining tour this fall, with Kevin Garrett opening. — GG

Joseph at Granada Theater
The Portland folk trio will be releasing its fourth studio album Good Luck, Kid on September 13 via ATO Records. Yesterday, the album’s lead single, “Fighter,” was featured on NPR’s All Songs Considered. You may see them on more festival lineups later this year and in early 2020. — GG

Cold War Kids at The Rustic
It briefly looked as if Cold War Kids would be a mid-2000s indie flash in the pan, a la Clap Your Hands Say Yeah, but the band got a second wind a couple years back with its certified-Gold single “First.” — DV

Vetusta Morla at Club Dada
Vetusta Morla is a Spanish indie-rock band and the name of an ancient, wise turtle in The Neverending Story. Guess Atreyu was already taken. — DV

Kid Bloom at Deep Ellum Art Co.
Kid Bloom is Bouncy indie pop tailor-made for advertisements; so much so, that its official website features a video with their song over pictures of Gigi Hadid’s Instagram. — DV

Mister America at Texas Theatre
Texas Theatre is hostinf a special one-night screening of Tim Heidecker’s new dark comedy. If you dig his Youtube series with Gregg Turkington, “On Cinema at the Cinema, you absolutely cannot miss this. — DV

Mahalia at House of Blues
Mahalia is already a big deal in British R&B, and given her COLORS session has 35 million Youtube views, she probably won’t just be big in the U.K. for long. — DV

Eric Andre at Majestic Theatre
Let’s give a quick shout out to Christina Applegate. If you know, you know. — GG

Judah and the Lion at South Side Ballroom
Judah Akers and co. have been paying their dues in the alt-rock radio world for the better part of five years. After spending most of that time opening tours for Incubus, Twenty One Pilots and Ben Rector, the Tennessee-based trio seems to have developed its headline staying power. — GG

Kacey Musgraves at The Pavilion at Toyota Music Factory

The Evil Dead 4K Scan & New Score at Texas Theatre
OK, so that horror museum in Deep Ellum turned out to be a total bust, but Halloween isn’t cancelled! Thanks to the Texas Theatre you can check out the remastered edition of Sam Raimi’s ’80s classic, now with a reimagined score. — DV

Troyboi at House of Blues
This U.K. DJ’s got co-signs from Skrillex and Diplo, which is pretty much all you need to work in EDM these days. — DV

Tanya Tucker at Granada Theater
The queen of outlaw country has recently been rocking a pink dye-job that makes her look like ’80s cartoon heroine Jem. Let’s see Dolly do that. — DV

Surf Curse at Three Links
Surf-rock waxes and wanes in popularity like the tides of the sea. The band was lucky enough to ride the current wave fueled by labels like Burger Records. Cowabunga. — DV

Beetlejuice Party at Dallas Museum of Art
It’s showtime once again. The DMA will be screening this ’80s classic and hosting events related to the movie, like a workshop where you can make a Tim Burton-inspired claymation figure. — DV