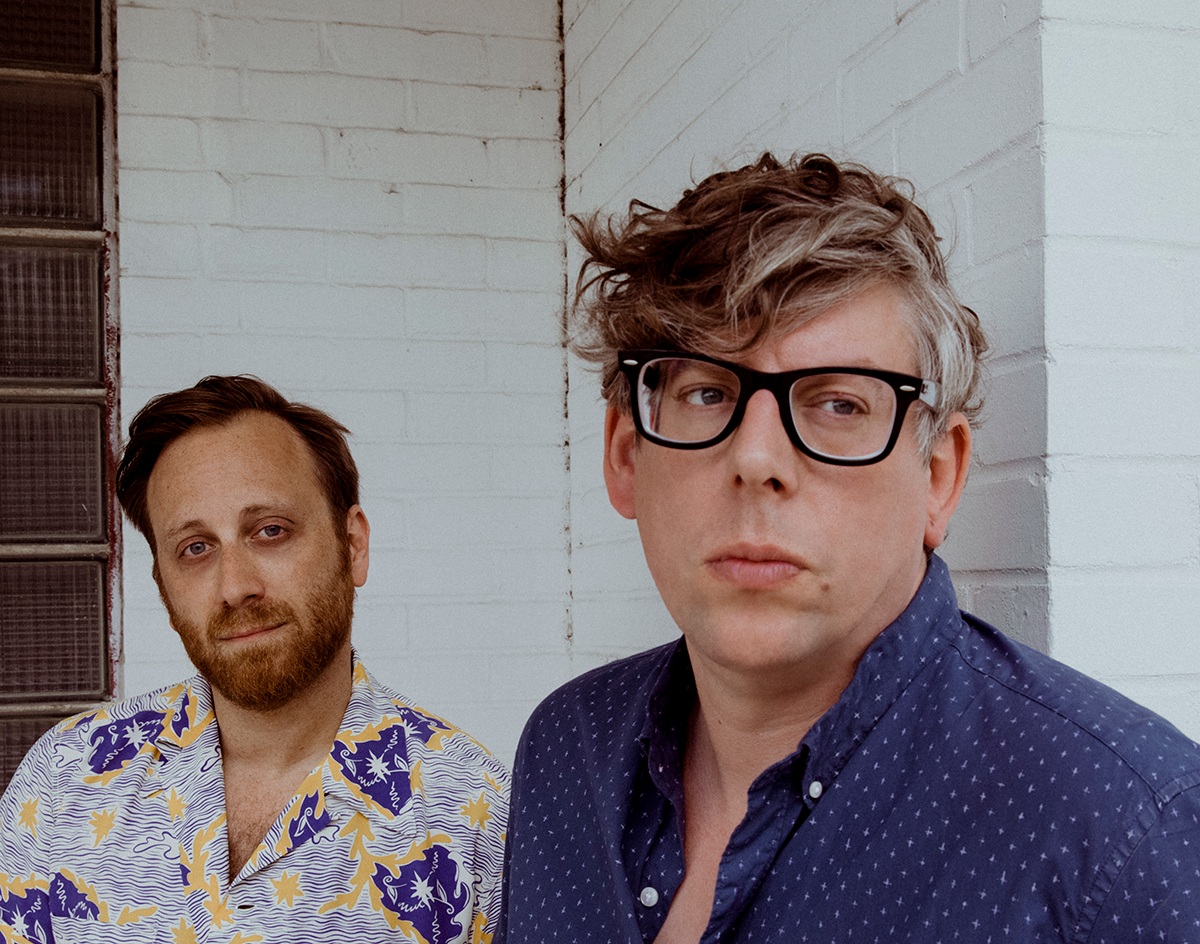 Cash In For Gold On The Ceiling With The Black Keys, Tell ‘Em Boy Bye With Brockhampton And Learn A Few Lessons From Matt & Kim. Plus More!

On Sunday, former U.S. Ambassador to the United Nations Nikki Haley confirmed what we all already knew: People in the White House understand that, if left to his own devices, Donald Trump would kill us all.

In her soon-to-be-released memoir, haley reveals that former Secretary of State Rex Tillerson and former White House Chief of Staff John Kelly tried to subvert Trump’s efforts to “save the country,” otherwise people would die. One can only imagine what means.

Haley claims she had no interest in joining the two and ultimately passed on joining the resistance, which now leaves her officially crossed off the list of possible anonymous authors of a forthcoming White House tell-all book. Might we add, refusing to join people who are trying to keep a president who threatened nuclear warfare via twitter from being reckless is probably the weirdest flex of all time.

You know what’s not a weird flex? Taking the opportunity to catch any of the shows coming through DFW this week. — Alec Spicer

Matt & Kim at Bomb Factory
The energetic indie duo is on tour celebrating the 10-year anniversary of their breakout album, Grand. We recently caught up with one half of the Brooklyn band before they hit the Bomb Factory stage. — AS

Jacuzzi Boys at Rubber Gloves
Jacuzzi Boys have been bringing us garage-rock goodness for nearly a decade now, and this week its punchy riffs are headed to Denton. — DV

With Confidence at Gas Monkey Bar N’ Grill
This Aussie pop-punk band might fill the hole in your heart Blink-182 left after those two Tom DeLonge-less albums. — DV

SuperM at Dickies Arena
“The Avengers of K-Pop” features members of Shinee, EXO and NCT 127 combining forces to bring inhumanly synchronized choreography to Fort Worth. — DV

Cryogeyser at Ruins
This moody dream-pop outfit makes music practically designed to listen to while staring out the window wistfully. — DV

Sara Bareilles at The Pavilion at Toyota Music Factory
Between her work as a songwriter and actress, Sara Bareilles is remarkably accomplished:  She’s been nominated for Grammys, Oscars and Tonys (which she hosted last year.) She played Mary Magdalene in NBC’s adaptation of Jesus Christ Superstar. She frequently collaborates with Ben Folds. Most impressively, she rose above being a one-hit wonder following the release of her 2007 single “Love Song” and consistently kept a high momentum throughout her career. — GG

Two Door Cinema Club at Southside Ballroom
This U.K. indie pop act has had a big decade, although its peak success in the earlier half of the ’10s has appeared to wane. Still, here the band is promoting the release of its fourth full-length LP, False Alarm. The “What You Know” outfit will make its umpteenth return to Dallas five months following that. — GG

Allen Stone at House of Blues
Instead of just playing a traditional set, the blue-eyed soul singer is throwing a karaoke bash where attendees will have the chance to sing with him on-stage. — DV

Ice Nine Kills at House of Blues
Even if you don’t care for this brand of metalcore, you have to respect that the band’s name is a Kurt Vonnegut reference. Now that we think about it, Slaughterhouse Five wouldn’t be a bad metal band name either. — DV

Tiny Moving Parts at Gas Monkey Bar N’ Grill
For those who prefer their emo with some math-rock thrown in the mix. — DV

Macseal at Backyard on Bell
If this New York indie-pop group can keep tunes as hooky as “Lucky for Some” coming, then they might be playing bigger venues soon. As it stands, though, Backyard on Bell is a pretty sweet spot. — DV

America Part Two at J&J’s Pizza
America Part One feels like it’s ending on a real downer note, so maybe this New Jersey punk group has a better sequel written in the cards for us. — DV

City of the Sun at Club Dada
Pinning down a genre on this group is surprisingly difficult. Post-rock? Jazz? Flamenco? Whichever way you slice it, its signature sound is certainly distinctive. — DV


Merkules at Deep Ellum Art Co.
There’s more to Canadian rap than the 6, Drake, and his many, many woes. Case in point, this hardcore MC from Vancouver. — DV

Homesafe at Ruins
If you drowned your adolescent sorrows in Get Up Kids and Jimmy Eat World albums, you likely share something in common with this Chicago emo group. — DV

Christone “Kingfish” Ingram at Gas Monkey Bar N’ Grill
The blues is generally as deemed “Boomer Music,” but not if the 20 year old guitarist prodigy “Kingfish” has anything to say about it. — DV

CultureMap Block Party at West Village
Dallas gets three weeks of fall, tops, so it’s important to make the most of it. CultureMap plans to do so with this one-day block party in the West Village, featuring local cuisine and wares from fashion retailers. Tickets are free, but a donation of $20 is suggested toward North Texas Food Bank. — DV

The Black Keys + Modest Mouse at Dickies Arena
Did you know that The Black Keys’ “Everlasting Light” sounds exactly like T. Rex’s “Mambo Sun?” That’s another rant for another day, but the duo deserves credit – it has paid its dues and spent years cutting teeth in smaller clubs. Anyway, the band is hitting the road with indie juggernaut Modest Mouse, and bringing along with them the doo-wop influenced garage rock outfit Shannon & The Clams. — GG

Flat Earth Conference at Embassy Suites Frisco
Because what is more 2019 than a group of people gathering to deny science. — DV

Thievery Corporation at The House of Blues
The legendary electronic duo teased a world tour for a while, and now they return to one of their usual Dallas stomping grounds. — GG

King Buffalo at Ridglea Theater
Imagine if Pentagram had a vocalist with a deeper voice that wasn’t creepy toward women. Imagine if they also listened to German rock band Can. That’s what this band sounds like. — GG

Omar Apollo at Canton Hall
The 21-year-old Chicano soul artist is one of many Generation Z musicians to use SoundCloud as a platform to garner hype. Said REMEZCLA of Apollo: “He’s quickly becoming one of the [Chicano independent music] scene’s most promising talents.” There you go. — GG

Brockhampton at Bomb Factory
The internet-age boy band is returning to its home state of Texas to promote the excellent  new record Ginger. Opening for them is fiery British MC Slowthai, and the post-modern electronic duo 100 Gecs. — DV

1349 at Gas Monkey Bar N’ Grill
Norway’s black metal scene is renowned for being wilder, weirder and even deadlier than other countries’ metal communities. 1349 fits those first two descriptors, but fortunately doesn’t fit the last one. — DV

Fantasia at The Theatre at Grand Prairie
Fantasia has made a very respectable R&B career for herself after her American Idol win, but perhaps the most interesting thing about this bill is that Robin Thicke has been relegated to the opening slot.  The blurred lines between hitmaker and has-been continue to blur, apparently! — DV

Stranger Things Party at Dallas Museum of Art
The DMA throws pop culture-themed parties every second Thursday of the month, and this one should be exceptionally strange. Among the events include a scavenger hunt, a workshop to create your own Dungeons & Dragons character and a performance from a mentalist. — DV

Reignwolf at Club Dada
Just two months ago, this Seattle garage-rock group was in town opening for The Who at American Airlines Center. Now it’s back and playing a much more intimate gig. — DV

MAX at House of Blues
The all-caps spelling isn’t our doing, though his high-energy pop certainly fits that formatting. — DV