28 Things To Do In Dallas This Weekend. 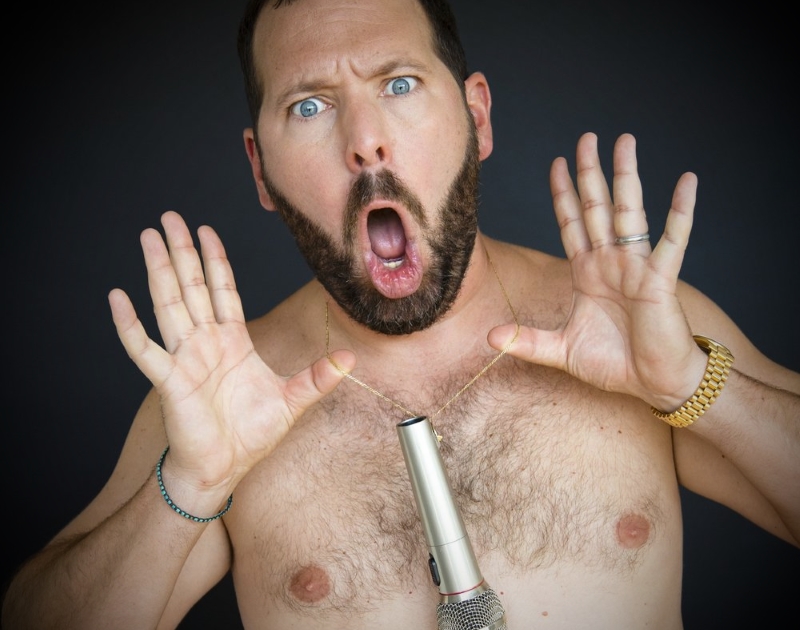 Hiking is dangerous, yo.

If it’s not a rando mountain lion you may have to tussle with, it’s the threat of quicksand.

And here we were thinking the latter was something that only existed in cartoons.

No killer wildlife or hazardous forms of nature will be found at any of the following places this weekend, however. So, we suggest you play it safe and use this guide as a means to stay out of harm’s way. — Cory Graves

Patton Oswalt at Majestic Theatre
Known far and wide for his roles as Spencer in The King of Queens and as the voice of Remy in Ratatouille, and revered in indie film circles for his roles in the movies Young Adult and Big Fan, Oswalt — the original Comedian of Comedy himself! — is just as likely to riff on politics as he is to wax poetically about nerd culture, as he famously did during his epic Star Wars filibuster scene on Parks & Recreation. Expect lots of self-deprecation. — Pete Freedman

Vandoliers (Album Release) at Granada Theater
This group’s on the come-up, for sure. There’s a reason why nary a twang-centric music fest in town passes without the Vandos getting booked on it. And, in the coming months, the new Bloodshot signees will be bringing that action to everywhere else, too, as they set out to tour damn near every corner of These United States. Bryce Bangs and Ottoman Turks open. — PF

Meek Mill at South Side Ballroom
This is Mill’s first tour since being released from prison in April 2018. The announcement for it came just four months after the release of his Legends of the Summer EP (which included the single “Stay Woke”), just two weeks after an appearance on The Tonight Show With Jimmy Fallon and just one week after revealing the November 30 release of his album, Championships. The Philadelphia rapper has had a turbulent career, but appears to be rising from the ashes like a phoenix. In a surprising development, he even put to rest his infamous beef with Drake for the occasion. — Garrett Gravley

Mozes and the Firstborn at Regal Room
The Dutch quartet released its new Dadcore album via Burger Records last month. They bring the mix of sleazy grunge and power pop to one of the coolest little rooms in town. The Bralettes and Valen open. — CG

Deep Blue Something at Dada
The good people over at Homegrown Music Festival are presenting the triumphant DFW return of the Denton-based band behind “Breakfast at Tiffany’s” and Kirtland Records. Taylor Young of The O’s and Daniel Markham open. — GG

Cypress Hill at House of Blues
Dutchies will be passed. Hollywood Undead will open. Mouths will be dry. Snacks will be munched. — CG

Nuke ‘Em High Double Feature at Texas Theatre
This Troma double feature kicks off with last year’s Nuke ‘Em High sequel, followed by a Q&A with director Lloyd Kaufman and then a screening of the 1986 OG. — CG

Movie in Concert: The Little Mermaid at Meyerson Symphony Center
All three days this weekend, the DSO will perform “Under the Sea,” “Kiss the Girl,” and all the rest of the classic Disney soundtrack while the movie screens. It’s a good way to introduce folks to the symphony both young and not-so-young. — CG

Ones to Watch Presents: Dorothy at Trees
The Linda Perry protige (Pink, Xtina, Gwen Stefani) grabs the mic and does the full-on messy-haired rock ‘n’ roll thing. She is, as the namesake promoters insinuate, one to watch. Spirit Animal opens. Watch them, too. — CG

Bert Kreischer at Majestic Theatre (Sold Out)
The perpetually shirtless comedian famous for inspiring the Van Wilder character and once accidentally joining the Russian mafia during a school trip brings his Body Shots World Tour to town for a pair of sold-out shows. — CG

John Maus at Trees
John Maus is a renaissance man. The Los Angeles experimental pop artist has a PhD in political science at the University of Hawaii, where he also taught philosophy. He’s also one of the most important acts in the outsider movement, a status that has helped him form a famously tight comradery with Ariel Pink. Nervous Curtains opens its first Dallas show in at least half-a-year. — GG

Blood Orange at Granada Theater
The dynamic singer, songwriter and producer Dev Hynes is finally giving Dallas some much-needed attention following the release of Blood Orange’s fantastic 2018 album Negro Swan. On that note, what a misfortune it is that he has to compete with John Maus that night. Porches opens. — GG

Super R&B Jam at The Theatre at Grand Prairie
Big ‘90s stars of the genre — Tyrese, Avant, Ginuwine, Donnell Jones, 702 – all do their sexy, sexy thangs here. Perhaps even shirtless. We’re all hot and bothered just thinking about it. — CG

Fred Armisen’s “Comedy for Musicians but Everyone is Welcome” at Texas Theatre (Sold Out)
Following up on his Netflix special Stand-Up For Drummers, the SNL and Portlandia alumn continues making inside jokes for the music-playing set. — CG

Erykah Badu presents: Another Badu Birthday at The Bomb Factory
Another born day for the Queen of Neo-Soul, and another star-studded performance/celebration featuring loads of her celebrity friends and guests. We bow down once again. — CG

The Travoltas (Album Release) at Sons of Hermann Hall
Salim Nourallah’s retro-aesthetic pop-rock supergroup celebrates the release of its latest LP at what will also double as the band’s breakup show. After this one, they’ll be hanging up the leisure suits for good, folks. — CG

Chris Welch and The Cicada Killers (Album Release) at Dan’s Silverleaf
We shared a horrific (in a good way!) new single by these guys last October, and now there’s a full LP’s worth of new tunes to share. Scott Danbom’s Static Diary project opens. — CG

City Tavern 2.0 Grand Opening Party
The Downtown dive recently moved down the street to a new location. And, after a few weeks of getting its sealegs, they’re throwing a proper grand opening with celebratory music sets from familiar faces Greg Schroeder, Madison King and Jenna Clark. — CG

Dropkick Murphys at South Side Ballroom
Dropkick Murphys is a Celtic rock band from Boston, most well-known for “I’m Shipping Up To Boston,” which was used perfectly in The Departed. It isn’t the most experimental or diverse band, but its members do know what they are, and they’re really good at making kick ass Celtic rock music. — Paul Wedding

Muse at American Airlines Center
Twenty years in, and on the heels of a new dystopian future-themed record, the British rock trio have a new stage set-up that includes cyborgs and backup dancers. — CG

Oscars Watch Party at Legacy Hall
Of all the movie awards watching parties in town, this one at the multi-story food hall will, no doubt, offer the biggest spread. — CG

Oscar Watch Party at Texas Theatre
A movie party at a movie theater, how fitting?! The show is free, but a $3 ballot can potentially earn you free passes to this year’s Oak Cliff Film Festival. — CG

“Infusion” at Kettle Art
The Deep Ellum art gallery has chosen nine artists that have been catching their fancy of late for inclusion in this “Infusion” show. It runs for a couple weeks, but this is the official artists opening reception. — CG

Harry Potter and The Brunch of Azkaban at One Sette
Prepare to make a goblet of fiery bottomless mimosas disappear at this Potter-themed pop-up brunch. Reservations at the link above are encouraged. — CG