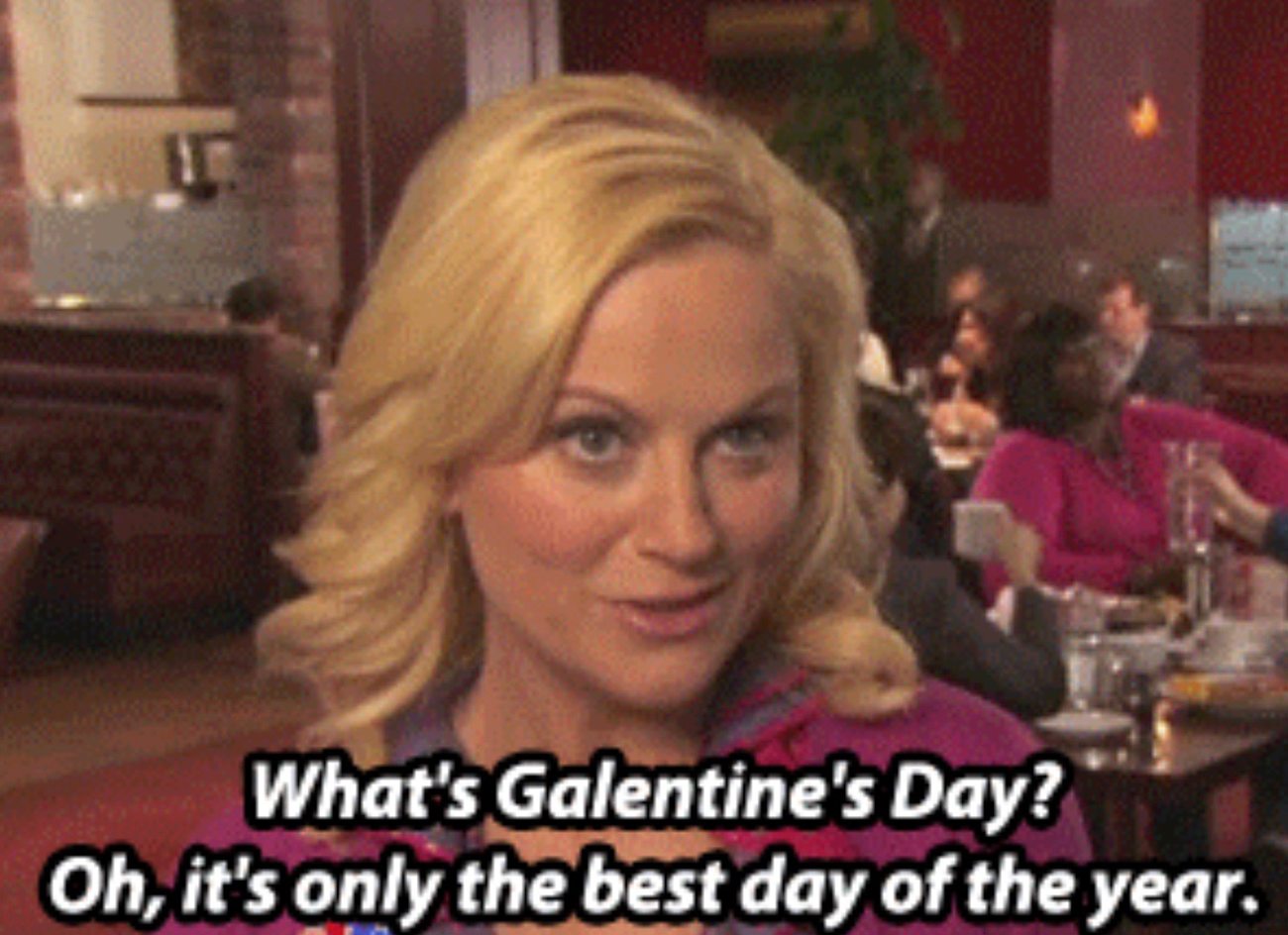 Celebrate Galentine’s Day At The Dallas Museum Of Art, Find Yourself Outnumbered With Dermot Kennedy And Let It Go For Marc E. Bassy. Plus More!

You might have binged every episode of Friends, but you have yet to see the forthcoming reunion episode on HBO Max.

Soon you might be able to say you have — on Thursday, it was announced that the six main cast members of Friends have signed on for an unscripted hourlong reunion special on the upcoming HBO Max streaming service. Details are still scarce, but according to reports, “each of the six stars will be paid in the $3 million to $4 million range for appearing in the special.”

For that much money, you could maybe even afford a New York City apartment the size of the one in “Friends”! Well, maybe if it’s rent-controlled. To put that number into perspective, the highest-paid television actors in 2018, such as Reese Witherspoon and Nicole Kidman in Big Little Lies, earned $1 million per episode, a fraction of the asking price for the “Friends” cast.

Friends co-creators, David Crane and Marta Kauffman are expected to be involved as well, despite Kauffman saying just last September that “we will not be doing a reunion show.” To be fair, when HBO is willing to shell out over $400 million for the streaming rights to your show, you might be a little more willing to say “How you doin’?” to the concept of a revival.

As exciting as these developments are for Friends fans, this announcement also confirms just how much nostalgia dominates our cultural landscape. Generation Z’s favorite show began years before its members were even born, which might lead one to wonder if any genuinely new, interesting culture is still being cultivated.

And to that way say: Of course it is! You just have to look in the right places, like these exciting events happening around town this week. — Daniel Valdez

Chris Farren at Ruins
Emo gets a somewhat deserved reputation as a whiny genre, but the new record by indie punk goofball Chris Farren, “Born Hot”, pokes holes in all that angst. The two support acts for this gig, Retirement Party and Macseal, are known for fairly light-hearted emo as well.  — DV

Theo Katzman at House of Blues
This multi-instrumentalist loves sarcasm so much he used it as a blueprint for his latest album. There’s a song on it called “You Could Be President.” You can probably guess who that one is about. — Nikki Johnson-Bolden

Super Whatevr at Deep Ellum Art Co.
The name may sound super apathetic, but Super Whatevr’s latest album, Don’t You Wanna Be Glad? is all about hope. — NJB

Champagne Cinema: Pride & Prejudice at Alamo Drafthouse
We’ll never pass up the chance to see Keira Knightly in her permanent state of a woman in the 1800s. — NJB

Dermot Kennedy at South Side Ballroom
The folk singer-songwriter behind the hit single “Outnumbered” will be releasing his debut album Without Fear in a couple weeks via Interscope Records. This guy is a big deal in the U.K., and judging by the size of the Dallas venue he’s playing, he’s got quite a following in the States as well. — Garrett Gravley

Marc E. Bassy at Trees
This smooth-talking pop crooner got his start doing features on songs for artists like G-Eazy, Felix Snow and French Montana. Since the beginning of his days of being the voice behind a perfect summer hook, Bassy has released four albums, PMD being his latest. — Mason Geear

The 69 Eyes at Gas Monkey Bar N’ Grill
A heavy metal group claiming that “Hell has no mercy 2020.” With the way things are going in 2020, one could assume we were already there. — MG

Criss Angel at The Theatre at Grand Prairie
The Mindfreak himself is performing his magic “raw” and “unplugged.” So with less makeup and in a slightly smaller venue than normal. — DV

The Mattson 2 at Ruins
This twin duo has releases multiple contemporary jazz albums to critical acclaim, and collaborated with a rather scattered list of artists, such as Money Mark of the Beastie Boys. Now you can witness the the duo’s slice of Paradise when they take the Ruins stage. — MG

Clark Beckham at House of Blues
The season 14 American Idol runner-up is touring his new album titled Light Years, which is fitting, because It’s been light years since Ameican Idol has been any good, but this 27-year-old’s soul-tinged pop music isn’t half bad. Just ask Quincy Jones, who signed Beckham to his management company. — NJB

GARZA at Granada Theater
This intrinsic electro-pop DJ will have you floating in the “Deep Blue” with a live set of his debut solo effort. — MG

Zack Villere at Club Dada
Villere argues “I’m not that cool,” on his breakout single, but plenty of indie-pop fans beg to differ. — DV

Angelica Rahe at Deep Ellum Art Co.
Ahead of the release of her debut album, REINA, Rahe (pronounced Ray) is giving the Dallas audience a taste of the Spanish R&B she says will have people comparing her to Solange. Big shoes to fill. — NJB

Prettyklawz at Rubber Gloves
This alcohol-fueled country-rock band will be performing its latest record, De La Frontera for the first time live. — MG

Randy Rogers at Gas Monkey Live!
In case you needed an excuse to check out some red-dirt Texas country, all proceeds of this benefit concert go towards Music Movement, a non-profit organization that develops music-centric programs for young people with autism. — DV

BAYNK at Deep Ellum Art Co.
BAYNK is a future-bass DJ who wears his heart on his sleeve — or at least his music does. Come for the romantic bops, stay for the colorful minimalist visuals. — MG

Chelsea Cutler at Canton Hall
22-year-old Chelsea Cutler is stopping by Dallas on her “How to Be Human” tour. Maybe she really does have the answer to the question we’ve all been asking. — NJB

Big Sandy & His Fly-Rite Boys at Gas Monkey Bar N’ Grill
The rockabilly bonafides of the Fly-Rite Boys are undeniable — the band was inducted into the Rockabilly Hall of Fame in 2014. Opening the show is The 40 Acre Mule, which is nominated for Best Folk/Americana Act for this year’s Central Track Music Honors. — DV

Aventura at American Airlines Center
This band is perhaps best known for its 2002 single “Obsesion,” which Baby Bash covered at some point. So that’s likely how you know it. — GG

The Sayers at Good Records
Local indie-rockers The Sayers will be performing an in-store set to promote the release of its first album, Goliad. Maybe if there’s time at the end of the set, the band will cover “Say It Ain’t So” or “Say Say Say.” — DV

Truth in Comedy at Rubber Gloves
Truth is stranger than fiction. And it’s funnier, too. Stand-up, storytelling and visual art fuse together in this heartfelt performance series. — DV

Night of the Demons at Texas Theatre
This Valentine’s Eve, skip Love Actually and try out this gloriously gruesome piece of ’80s slasher schlock. One of the film’s stars, Fort Worth native Amelia Kinkade, will be answering questions and signing autographs after the show. — DV

Galentine’s Day at Dallas Museum of Art
Treat yo’self to a night of Parks & Recreation-themed events, including an arts & crafts workshop to create Yachter Otter waffle necklaces and an equine-themed art tour inspired by the majestic mini-horse of Pawnee, Lil’ Sebastian. — DV

Run With Scissors #124 at Tradewinds Social Club
Headlining this free showcase is Cygnus, who also happens to be nominated for Best Electronic Act at this year’s Central Track Music Honors. We recently described his work as “sounds for an alternate universe in which Tron-grid racing actually exists,” so prepare yourself for techno bangers. — DV