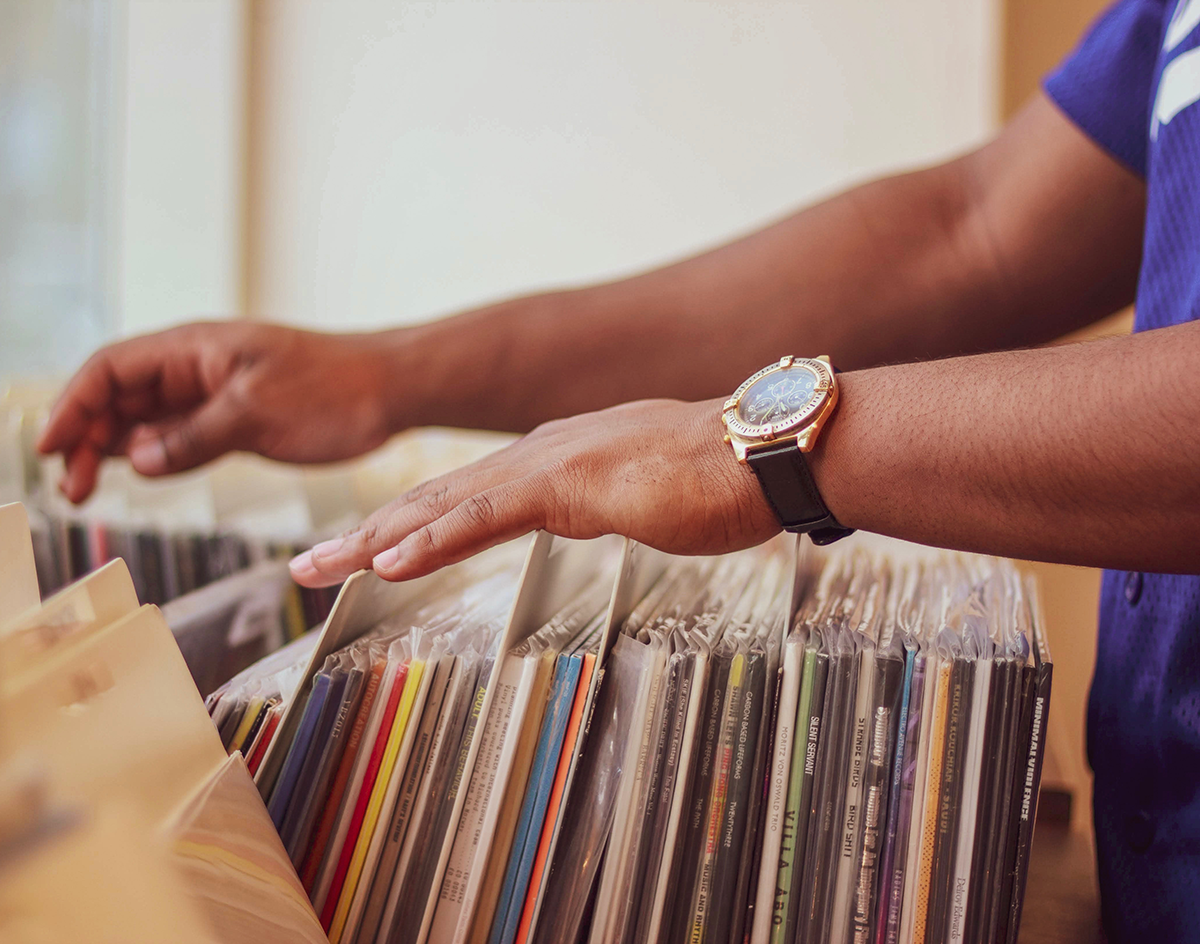 A Closer Look At The Albums And Singles Nominated For Best Cover Art, Which Helped Make Dallas’ Music Scene A Multimedia Feast For The Senses.

You shouldn’t judge a book by its cover, but giving music you might not be familiar with a chance solely based on its creative aesthetics sounds like fair game. So much so, Best Cover Art made its way into a handful of new category additions to the Music Honors this year.

Granted, sometimes great music is met with bad artwork (Kanye West’s The Life of Pablo, anyone?), but more often than not, a memorable album or single comes along with memorable art as well. At its best, cover art can enhance your experience of a musical project, introduce you to exciting new photographers and graphic designers, or just make you say “damn, that’s dope.” Besides, surely a lot of time goes into these, so why not recognize them too?

This year’s Central Track Music Honors nominees for Best Cover Art do all of those things and more. The artwork for these releases serve as extensions of their respective artists’ vision and ultimately make Dallas music that much more rewarding. After all, it’s nearly impossible to not be inspired when artists put just as much thought into their visuals as they do their music.

The problem is, it can be hard to give the art its due attention when it’s cramped into a tiny box in your Spotify window. That’s why, to help you decide which one of these works of art to vote for, we’ve included fuller versions of each for you to appreciate them in all of their creative glory. 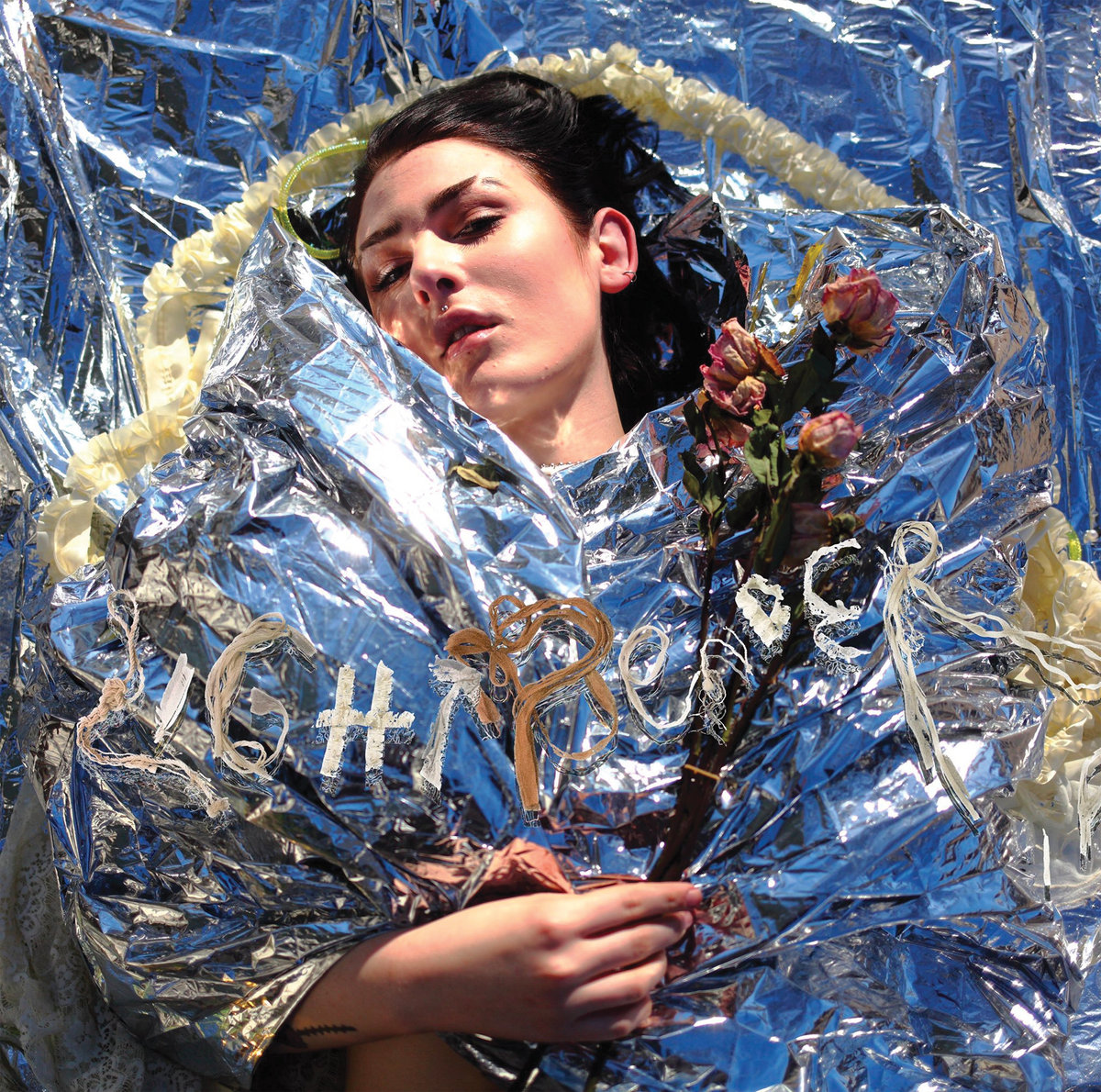 Lorelei K, also one of our nominees for Best Experimental Act, puts as much effort into her visuals as she does her sprawling, conceptual music. We described her music video for “Perfumed in Feeling” as “a high-fashion editorial spread come to life under muted jewel tones”, a similar description would ring true for the cover of Lightbender, too. The album art finds Lorelei surrounded by a reflective, foil-like material, clutching a bouquet of wilted flowers. The textured font used on the cover was made by Lorelei herself, produced from ribbons and various fabrics she has used to decorate her live sets. Fittingly, Lightbender‘s cover feels like a literal wrapping of a series of vivid vignettes waiting to pervade us both visually and audibly, evidenced in works like the video for “Sentimental Interest/I Love U, Lightbender.” We love a cohesive album. 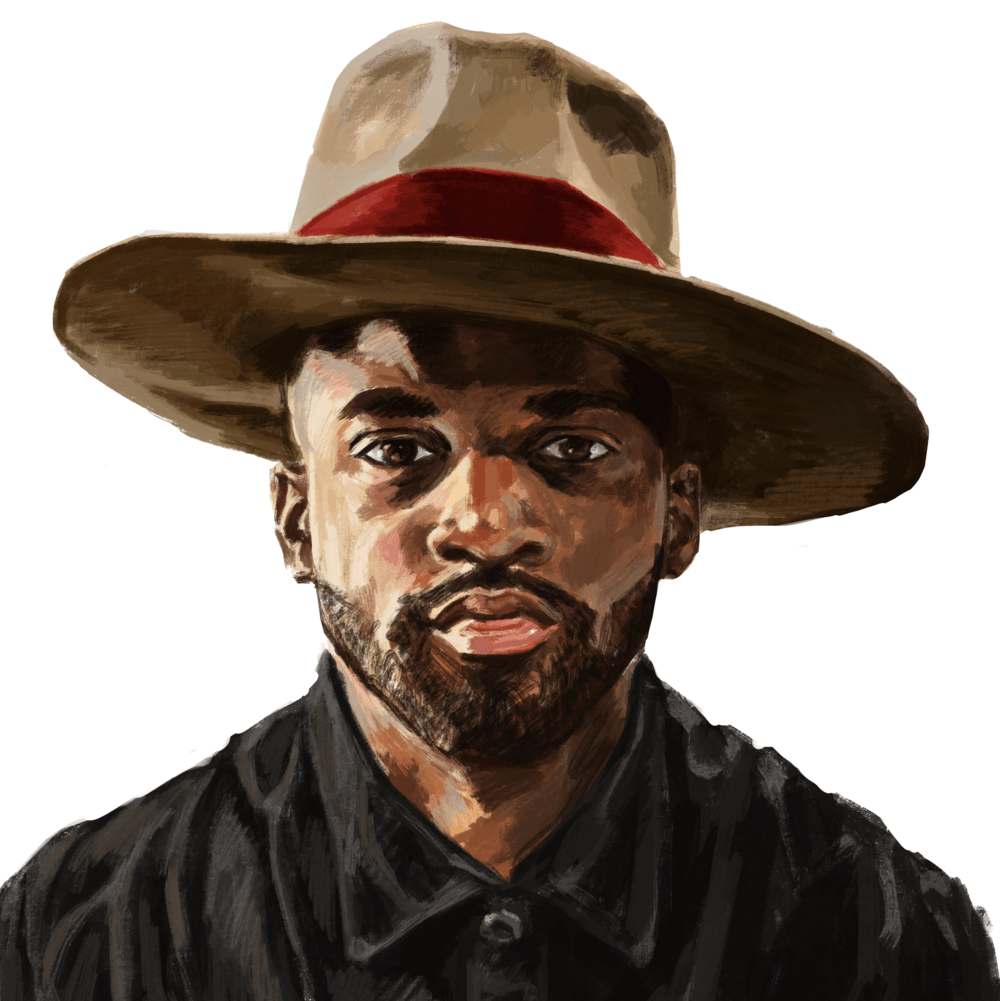 Abraham Alexander tells tender tales of heartbreak and resilience over gleaming fusions of soul and rock, so it only makes sense that his EP cover has a similarly vulnerable, yet stylish sensibility. To create the commanding portrait, the also-nominated Best R&B/Soul Act and Best Male Vocalist act recruited Fort Worth fashion artist Sunflowerman, who has contributed to menswear illustrations for brands like GQ and Perry Ellis. In the portrait, Alexander is dapperly decked out in a wide-brimmed hat and button-up shirt, meeting the viewer’s gaze with a sincere, straight-forward expression. This eye-contact creates the impression of a conversation, as if the lovelorn ballads on the EP are late-night confessions from an old friend. Before the EP even dropped, Alexander posted a preview video onto Instagram, showcasing the coloring and shading of the artwork. Knowing the detailed process behind the artwork makes us even more appreciative of the final product. 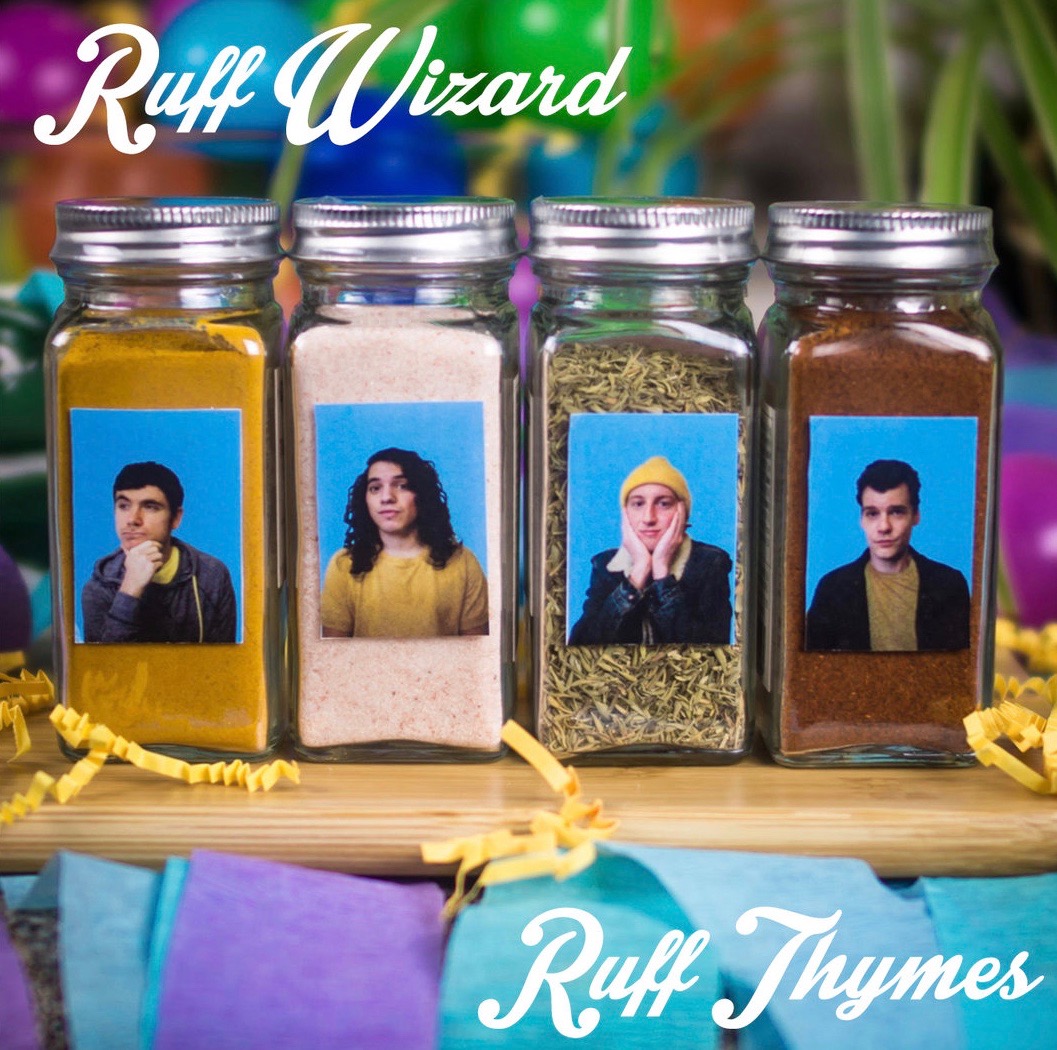 You don’t need a million-dollar budget or Vanity Fair photographer to make a memorable album cover. Sometimes you just need a good pun. For the release of Ruff Wizard’s Ruff Thymes release last June, the yacht-rock revivalists placed pictures of each band member on a glass spice jar. The blurry background behind the jars includes party balloons and streamers, helping instill the jovial atmosphere of the record. If you’ve seen the band live, you know the combination of saturated colors, slick font and cheeky facial expressions fit the breezy vibes of this Best Pop Rock Act nominee. Will Ruff Wizard continue releasing charming, goofy album art like this? Thyme will only tell. 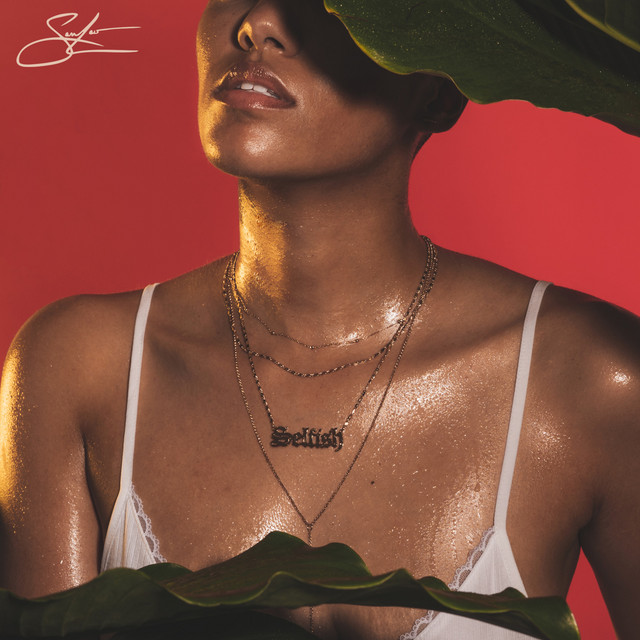 “Selfish”, one of our nominees for Best Song, has cover art just as striking as the single it’s attached to. Sam Lao’s defiant pose is partially obscured by giant leaves, possibly alluding to her return after a self-imposed distance from the Dallas music scene she held while starting her family. With a color palette that reflects the warm energy of the song itself, and exceptional framing captured by noted visual artist Jeremy Biggers, the contrast —including the sunlight to her left reflecting off her glistened skin — culminates a cover is immediately eye-popping. The image alone would be enough to merit a nod in this category, but what clinches the deal is her instantly iconic necklace with the word “selfish” emblazoned in a bold serif font. If Lao sold “selfish” chains as merch, we would be first in line. 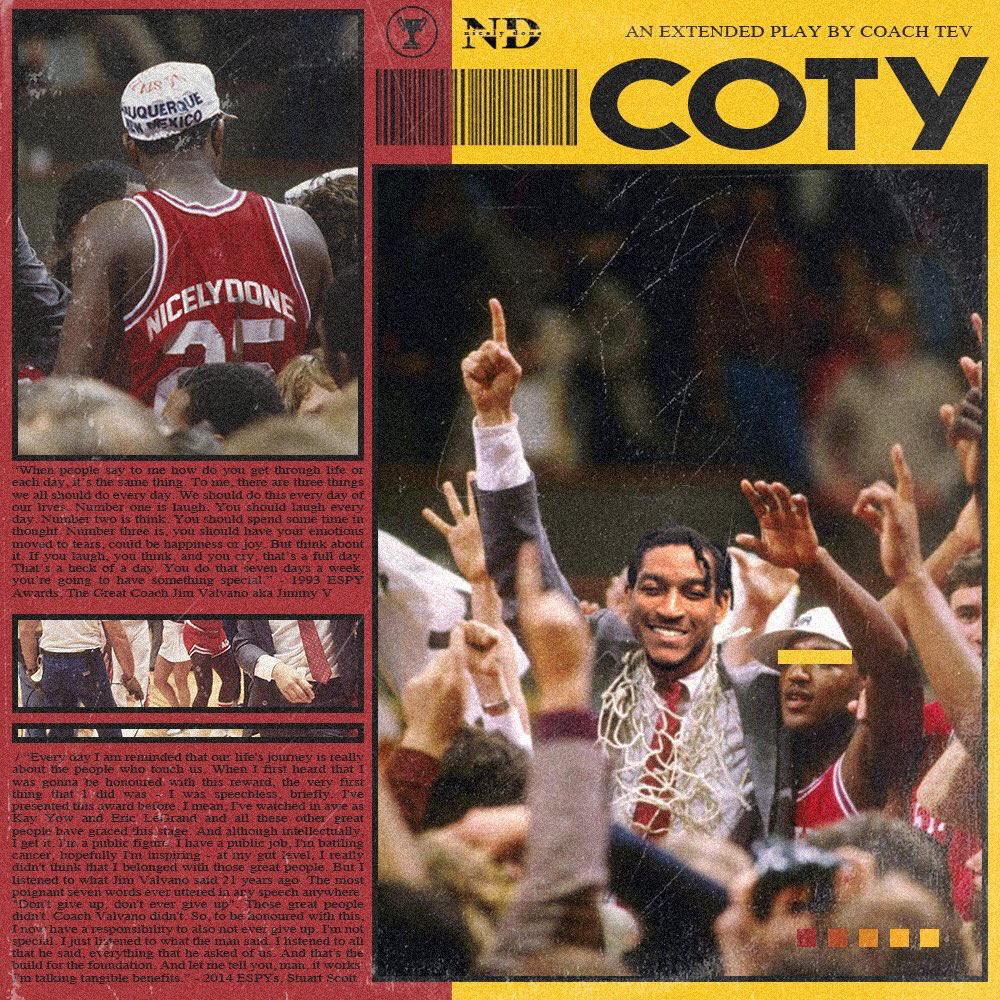 Hip-hop and basketball have had a long, storied love affair, ever since Big Bank Hank of the Sugarhill Gang bragged “I got a color TV so I can see the Knicks play basketball,” on 1979’s “Rapper’s Delight.” Coach Tev, one of this year’s nominees for Best Indie Rapper, carried on that proud tradition through the cover art for his EP, COTY. Nicely Done Visuals paid loving homage to ‘90s basketball for the artwork, pasting the face of Coach Tev onto Jim Valvano, the legendary college basketball coach who led the North Carolina State basketball team to victory at the 1983 NCAA National Championship. For a bit of immedaite context, the text to the left of the image is an excerpt from Valvano’s speech at the 1993 ESPY Awards, which he gave two months before passing away from cancer. Below that is a quotation from an ESPY Awards speech by late beloved SportsCenter anchor Stuart Scott, who often blended hip-hop culture into his reporting. As if those tributes to two deceased basketball icons weren’t poignant enough, the back cover features a tragically prescient touch — an iconic picture of a young Kobe Bryant clutching the NBA championship trophy with a solemn look on his face. The faded colors and scratch marks complete this love letter to basketball from one of Dallas’ brightest hip-hop artists. 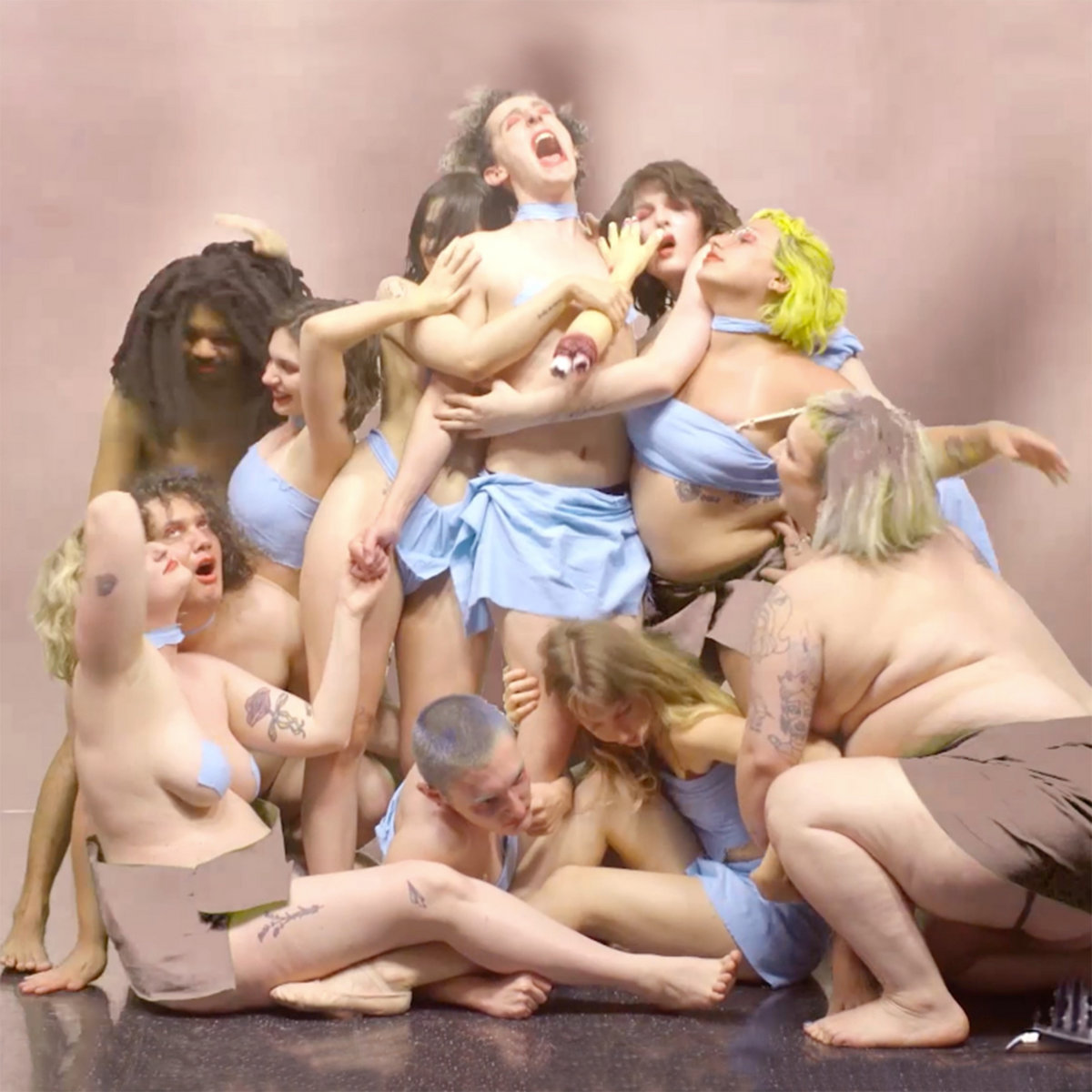 While this this avant-pop collective is also up for the a nod in the Best Experimental Act category, its first Single from a recently released album titled Wild West Combat also caught our attention. The cover art for “Still a Baby” comes from the song’s music video, which Starfruit leader Ava Boehme described as “a celebration of the divinity of bodies, the carnal deconstruction of bodies, fear of sex, fear of gender, fear of flesh and hectic liberation.” In the image, Boehme is surrounded by various local musicians such as Dahlia Knowles (Lorelei K) and Phillip Washington (Cygnus) scantily-clad in baby-blue strips of fabric. The group members are all intertwined with each other in expressive poses recalling those in Renaissance paintings. At the center of it all is Boehme, her mouth outstretched in a cry. A cry of pain? Ecstasy? In the musical universe of Starfruit, the two aren’t always so far apart. 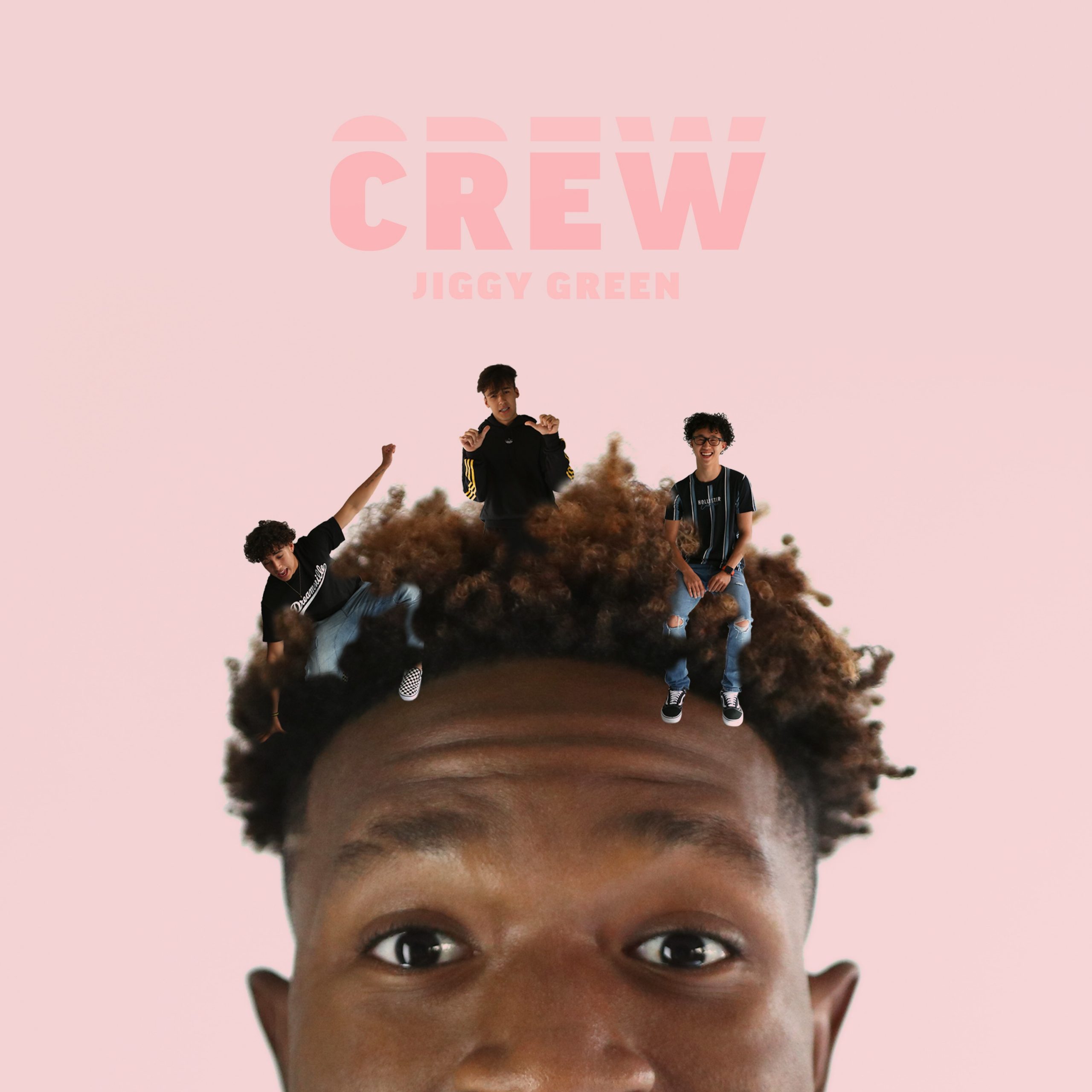 For rising trap MC and Best Male Rapper nominee Jiggy Green, the crew is of utmost importance — he first rose to online prominence as one-fourth of the YouTube comedy group 4K1K. Naturally, Green kept his homies around to flex in the video for “Crew.” The cover art, much like its video, is a stylish display of gratitude to the friends he blew up with. We see the top half of Green’s face, his brow furrowed and eyes surprised, while the other three members of 4K1K are sitting on top of his head, literally just — as the kids say — vibing. The millennial pink background and font serve as a nice contrast to the aggressive trap banger within, too. Once you learn Green got his start on YouTube, the cover makes all the more sense as it captures the trendy color scheme and wacky expressions YouTubers have made the norm for video thumbnails, merch and branding. All that the cover art for “Crew” is missing is a Youtube Premium logo in the corner and it could be an ad for a new buddy-comedy coming to YouTube Red this fall.