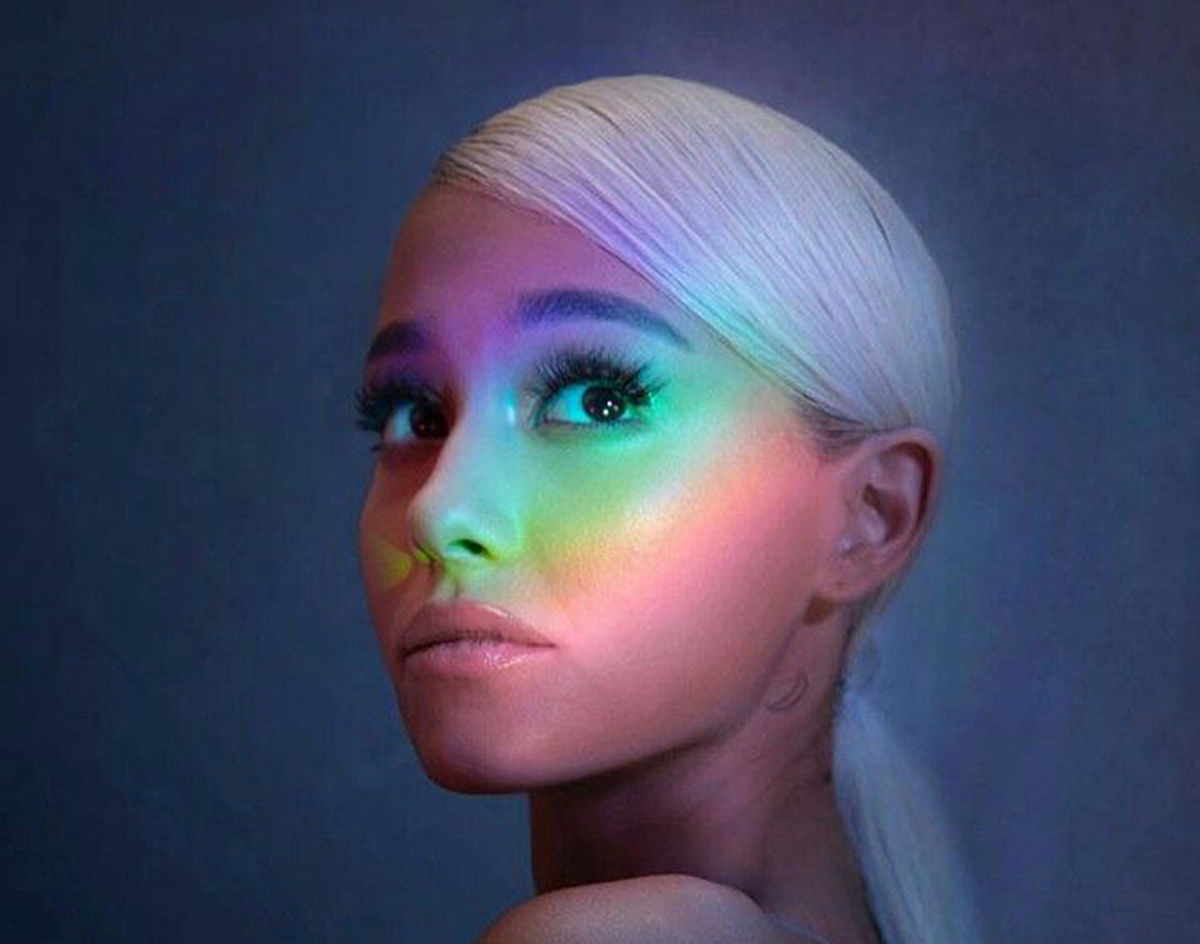 Break Up With Your Girlfriend For Ariana Grande, Let Nostalgia Consume You With Hanson And Treat Yourself To Happy Hour To Benefit KNON. Plus More!

Jerry Jones might own the Dallas Cowboys, but radio etiquette still eludes his grasp.

Friday morning on 105.3 The Fan, the flagship station for the Cowboys, the K&C Masterpiece radio show received a call from Jones about the three-game losing streak the Cowboys have been on. When Jones became particularly defensive over the team’s current state of affairs, he dropped two expletives on-air, causing the station to hang up on him entirely.

The conversation was on thin ice from the start — when the hosts asked Jones if he was embarrassed by the previous night’s 31-24 loss to the Chicago Bears, he answered  “Get your damn act together yourself. OK?…I’ve been traveling all night and I don’t have the patience to jack with you today”. We’ll pass up any easy jokes about Jerry “jacking” anything. You’re welcome.

A hot-button issue for the team has been head coach Jason Garrett, who some writers are urging Jones to fire in order to return the team to success.

One host asked “Is there any part of you that gets tired of hearing the questions about Garrett’s job security, and do you understand why those questions keep coming up?”

“Of course I understand why they come up,” Jones said. Now, he could easily have left it at that and been justified in doing so. He went on to explain how, even if he did have specific answers about future personnel decisions, he wouldn’t give them out anyway, due to NFL rules about “tampering.”

After being briefly interrupted by another host, Jones capped his excuse off with the deliciously curt “Do you understand bullshit?”

It certainly appears like they did, because after Jones followed that line up with another cry of “Bullshit,” the station hung up on his call.

They did eventually reconnect with Jones, who was able to miraculously continue the conversation curse-free.

You might think that someone who’s worth 8.3 billion dollars would be able to keep his cool better, but that’s giving the 1% way too much credit.

Needless to say, Jerry Jones is having a pretty shitty week, but yours doesn’t have to be. Not with this list of rad things happening around Dallas this week, anyway. — Daniel Valdez

Ariana Grande at American Airlines Center
Ariana Grande is returning to Dallas for the second time this year, following an eventful couple of years that included a suicide bombing attack at a show in Manchester, the end of her engagement with comedian Pete Davidson and the death of her ex-boyfriend Mac Miller. It’s been quite a turbulent stretch for her, but she has cemented herself as one of the biggest pop icons this decade within that time frame, and has displayed admirable resilience throughout it. — Garrett Gravley

Hanson at House of Blues
Don’t lie, you know “MMMBop” was catchy as hell. — GG

Bayside at Gas Monkey Live!
For this pop-punk band’s current tour, it found its local support acts for each city by holding a contest on its website, where fans could vote for their favorite local groups who are unsigned and not touring. Whether you like Bayside’s music or not, that’s a pretty sweet opportunity to throw at an unsigned band. — DV

Show Me The Body at Club Dada
Show Me the Body toured with Daughters and HEALTH earlier this year, and while that tour unfortunately did not make a DFW stop, beggars can’t be choosers. Or something like that. — GG

Outward Bound Improv Music Lottery at RBC
A bunch of local improvising musicians will have their names drawn from a hat and be placed into unique on-the-spot new bands. Unlike the actual lottery, everyone wins! — DV

Secret Screening at Alamo Drafthouse (Richardson)
The only thing you can expect from the Drafthouse’s free monthly screenings from the American Genre Film Archives is, well, the unexpected. Previous films featured include the so-bad-it’s-good ’80s action flick Miami Connection. — DV

Head Talks with Shane Mauss at Sons of Hermann Hall
Shane is primarily a stand-up comic, but he’s also a science communicator and outspoken advocate for the usage of psychedelics. If that’s niche, he’s certainly got it on lock. In this show, he’ll perform sets about scientific research and DMT, then anthropologist Sophia Rokhlin will give a talk about the growing usage of ayahuasca. — DV

Benefit Your Own Bartenders at Andy’s Bar
Getting laid off is never a good thing (well, duh), but it’s especially heartbreaking for the employees of the recently shuttered venue Backyard on Bell. To help ease their financial strain, Andy’s is holding this benefit show featuring local stand-up comics and bands. If you’d like to donate but can’t make it to the gig, the event has provided a gofundme link. — DV

CHON + Between the Buried and Me at House of Blues
If Kenny G was into post-hardcore, he’d sound just like CHON. — GG

McKinley Dixon at Rubber Gloves
On his Bandcamp, this soulful hip-hop artist describes his tunes as “Music Gerald from ‘Hey Arnold Would Listen To'”. The laid-back atmosphere Dixon creates certainly fits with Gerald’s character. — DV

All Elite Wrestling at Curtis Culwell Center
Major wrestling events not under the WWE banner don’t make it to large DFW venues all that often, which makes this one all the more intriguing. Some of the more famous grapplers on the bill include Chris Jericho and Kenny Omega. — DV

Charlie Brown Christmas Live at Toyota Music Factory
The original Peanuts Christmas special is so iconic that it’s been translated to the stage — we’ll reserve judgment until we see how faithfully the actors recreate the kids’ herky-jerky dancing. — DV

KNON Twister Relief Happy Hour and Concert at Six Springs Tavern
$10 advance or $15 at the door will benefit the community radio station KNON as well as let you see a stacked lineup of Americana songwriters, including Lloyd Maines. Who is Lloyd Maines, you might ask? He’s an Austin City Limits Hall of Famer, for starters, and oh yeah, he’s the dad of Natalie Maines of a little Dallas group called The Dixie Chicks. Maybe you’ve heard of them. — DV

Madeon at House of Blues
Either this show is intimate, or EDM has fallen on rough times. Our gut tells us it’s the latter. — GG

Three Bad Jacks at Gas Monkey Bar N’ Grill
There’s three of them, sure, but their badness is up to debate, and none of them are named Jack to our knowledge. A more descriptive band name would be “Three Rockabilly Dudes Who Clearly Love The Stray Cats.” — DV

Truth in Comedy at Rubber Gloves
You know that old saying “tragedy plus time equals comedy?” Dallas’ Truth in Comedy performance show puts that to the test. Each show starts with storytellers giving personal, vulnerable anecdotes from their lives, then stand-ups will make a set on the spot inspired by those stories. Finally, a visual artist will tie all those tales together with a triptych inspired by the night’s performances. You’ll laugh, cry, or very possibly do both. — DV

U Up? Podcast Live at Texas Theatre
The ridiculousness of modern dating gets skewered in this podcast from Betches Media, where the two hosts answer such pressing questions as “how to slide into a guy’s DMs without seeming desperate,” and “does it count as cheating if your partner pays strangers for nudes?” Yes, that last one really is an episode from this. — DV

Homeboy Sandman at Deep Ellum Art Co.
One of New York’s most prolific alternative rappers just signed to the same label as fellow heady MCs Open Mike Eagle and Quelle Chris, so fans of those acts should keep their ears tipped to the Sandman. — DV

Black Lips at Club Dada
The psych-garage extraordinaires behind the song “Bad Kids” used to raise copious amounts of hell during their heyday. Though they have certainly mellowed out and outgrown many of their antics, they’re still not above playing in a club environment. Case in point: they’re making a downgrade from Granada Theater and Trees to Dada. — GG

The Skatalites at Shipping & Receiving
The Skatalites have more ska cred than your favorite ska band. (Sorry, Bosstones.) Case in point: the band backed Bob Marley & The Wailers on their very first single way back in 1963. — DV

Sasha & The Valentines + Delmer Dennis at Three Links
An evening of light-hearted Texan surf-rock. To get a taste, check out Delmer Dennis’ in-studio set at Radio UTD. — DV

Beauty Bar Holiday Show with Eli Escobar at Beauty Bar
Beauty Bar’s idea of getting into the holiday spirit is inviting New York house DJ Eli Escobar to bump block-rocking beats. Sure beats “Grandma Got Run Over By A Reindeer.” — DV

Qweird! Holiday Special at The Nines
This “HoliGAY Spooktacular” drag show promises to be queer and weird. Hence, you know, the name “Qweird.” — DV