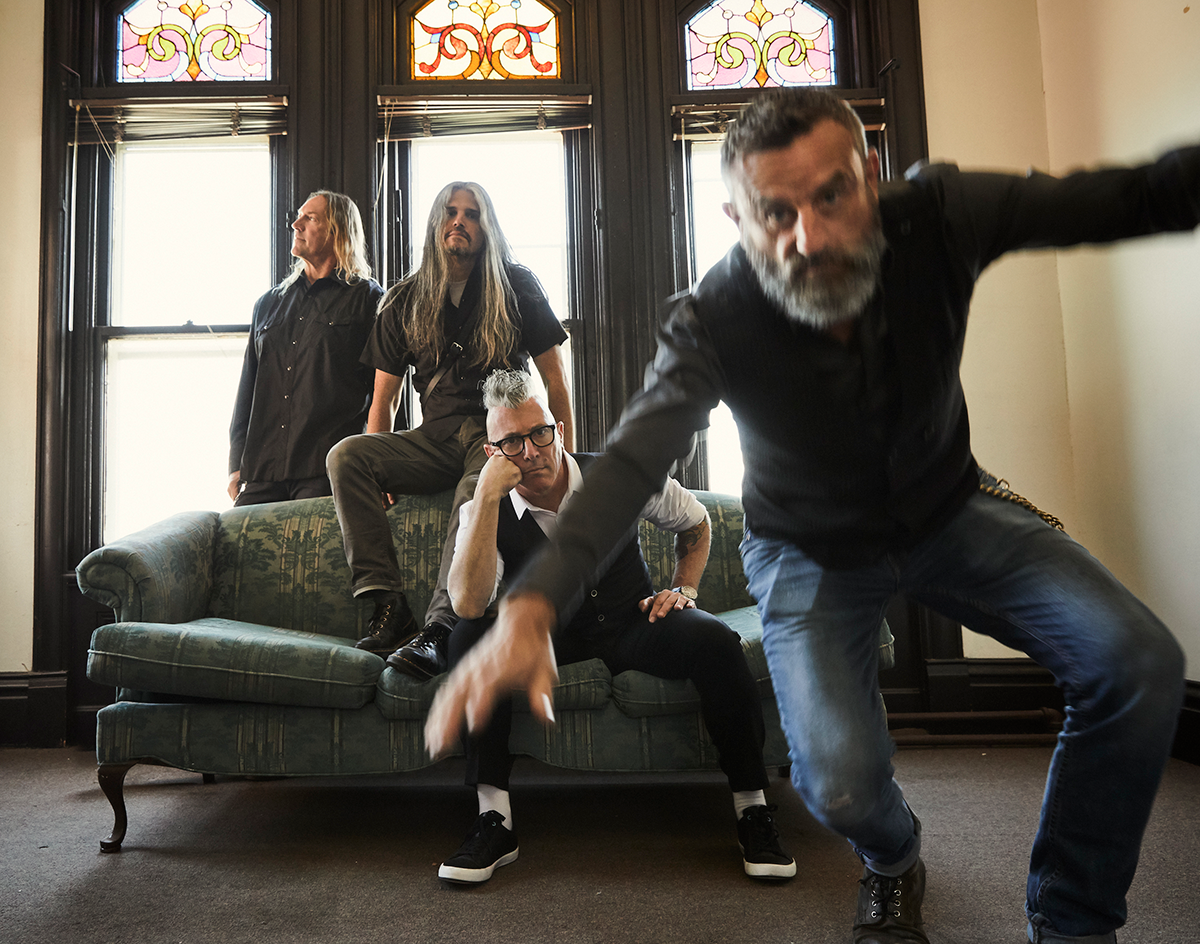 Sober Up With Tool, Think Outside The Box With Roddy Ricch And March Along For The Martin Luther King Jr. Day Parade. Plus More!

Americans are starting to warm up to the idea that global warming is in fact, a big deal.

The Yale Program on Climate Change Communication recently released survey results revealing that the majority of Americans are either “Alarmed” or “Concerned” about global warming. Since 2009, Yale has collaborated with George Mason University on a bi-annual survey that gauges public opinion on climate change, then sorts respondents into six categories based on their responses.

At one end of the spectrum is the “Alarmed” category, which identifies people who are fully convinced of global warming’s existence and is are “already taking individual, consumer, and political action to address it.” Those in the “Concerned” category are also convinced, but are less likely to take personal action.

Meanwhile, those in the “Dismissive” category don’t believe global warming is happening at all and are actively against any action against greenhouse emissions. Meat Loaf would probably fall under such a category.

If you’re interested in seeing how your own county or congressional district feels about this pressing issue, the program’s website includes a “Factsheets” tool where users can sort the survey data by specific locations.

The factsheet for Dallas County reveals that 72 percent of residents surveyed believe global warming is happening. The larger question is: what the hell is with the other 28 percent?

64 percent of Dallas County residents surveyed are worried about global warming, and with severe weather events like last October’s tornadoes that throttled North Texas, that number might rise in the coming years.

In a turbulent times like this, opportunities to connect with the community feel even more crucial. Fortunately, there’s plenty of opportunities among this list of things happening around DFW this week. — Daniel Valdez

Machine Head at House of Blues
In the early ‘90s, Machine Head drew from the elements of thrash metal, crossover-thrash and groove metal. In doing so, the band found itself on the cutting edge of an extreme metal revival. There was also an awkward nu-metal phase that lasted from the late ‘90s to the early 2000s, but the band still managed to receive Grammy nominations following a return to form in 2006’s The Blackening. — Garrett Gravley

Shakespeare in the Bar at Deep Ellum Art Co.
An entertaining spin on the less interesting “Shakespeare in the Park” model, grab a drink and watch “A Winter’s Tale,” a romantic comedy about adultery. Tickets are sold out online, but the venue will have limited tickets available at the door. — Mason Geear

MLK March and Parade at MLK Blvd.
To kick off the MLK celebration week, the Dallas Martin Luther King Jr. Community Center is holding its 38th annual march and parade in the civil rights pioneer’s honor. The parade will host different performance groups, including marching bands and youth organizations, as it stretches from MLK Jr. Blvd. to Fair Park. — MG

Bit Brigade at Club Dada
Plenty of gamers “speed-run” their favorite games on sites like Twitch, but this band performs the soundtrack to a classic game live while one of them plays through the game on-stage. This performance will be of Mega Man III, so you’ll be mercifully spared from any Fortnite dances. — DV

Miniature Tigers at Ruins
These Tigers earned their stripes back when MySpace was a hotbed for new indie bands. A decade on, they’re still making the same easy, breezy indie pop. — DV

Paranoid Void at J&J’s
This all-women trio will be bringing their math rock sound to J&J’s. No calculator necessary for entry into the show. — Nikki Johnson-Bolden

Paul Slavens’ Spontaneous Song Generator at Dan’s Silverleaf
Paul Slavens showed off his improvisational prowess last week as well, but this show is sponsored by 91.7 KXT, the station he DJs for every Sunday. — DV

Tool at American Airlines Center
It hasn’t been “10,000 Days” since the last time prog-metal stars Tool were in town, but it sure feels like it. Now they’re back, just in time for Justin Bieber to admit his fandom. — DV

Sleeping With Sirens at House of Blues
Remember all of those “Punk Goes Pop” as the go-to angsty versions of radio-friendly jams? Well if you do then you definitely know who Sleeping With Sirens is. This metalcore/pop-punk band has come a long way since those days, having released its most versatile album to date, How it Feels to be Lost. — MG

Supersuckers at Three Links
Throughout its 30+ year career, Supersuckers has crossed paths with both Willie Nelson and the Butthole Surfers, which should clue you into its hybrid style of punk and country. — DV

Roddy Ricch at Canton Hall
This Compton trap rapper is barely 21, but his career has already been quite out of “The Box.” Don’t underestimate the power of TikTok, the usage of Ricch’s song in countless  TikToks boosted it to #1 on the Hot 100 over Justin Bieber’s unappetizing “Yummy.” — DV

Nascar Aloe at Ruins
The self-appointed “New Age Sid Vicious” sounds more like a Soundcloud Marilyn Manson to us. — DV

Mandolin Orange at Majestic Theatre
An easy-listening folk duo from North Carolina that will have you swooning. They give us a ‘Mumford & Sons with even more chill’ vibe. Americana vocalist, Katy Rhudy will be opening for the group. — MG

Garrett Wingfield + Daniel Ryan at Rubber Gloves
You can catch this duo spit some “avant Windows 95 jazz” before Garrett Wingfield lends his sax skills to bubblegum-prog crew Starfruit at the Texas Theatre on January 24. — DV

The Yawpers at Three Links
Sure, this band’s name is a Walt Whitman reference, but the roots-rock trio doesn’t come across as stuffy academics. Surely the band has studied the Americana of acts such as The Band and My Morning Jacket just as much as “Leaves of Grass.” — DV

40 Oz To Freedom at Gas Monkey Bar N’ Grill
Do some time with this Sublime tribute band who won San Diego’s “Best Tribute” award in 2010. Maybe its talent, or maybe they do in fact practice “Santeria.” — NJB

Author & Punisher at Rubber Gloves
Power electronic pioneers like Whitehouse and Consumer Electronics paved the way for the niche sub-genre of death industrial, of which San Diego artist Tristan Shone is a leading figure. He’s currently on the road with Tool and will be opening the band’s American Airlines Center show on January 22, but every day you take off is a day you can’t make money — so why stop there? — GG

The Comedians Following Tool on Tour: The Tour at Sons of Hermann Hall
Will you be seeing Tool at American Airlines Center? Rory Scovel, Freddy Scott and Nick Youssef sure are, and they’ll almost certainly talk about it in this themed stand-up show. — DV

Samoht at Deep Ellum Art Co.
This alternative R&B artist is inspired by acts such as Kid Cudi and Kim Burrell, which makes sense given how quickly he can slow it down, turn it up or take it pretty much anywhere in between. — MG

Captain Scott Kelly at Winspear Opera House
Known for spending over a year in space, Kelly shares his love for space and testing the limits of the body and mind in this Ted Talk-style discussion. — MG

Will Reagan & Andrea Marie at The Kessler
This indie folk duo’s take on Contemporary Christian music is a chang e of pace from the scene’s grungy butt-rock and polished country. — DV