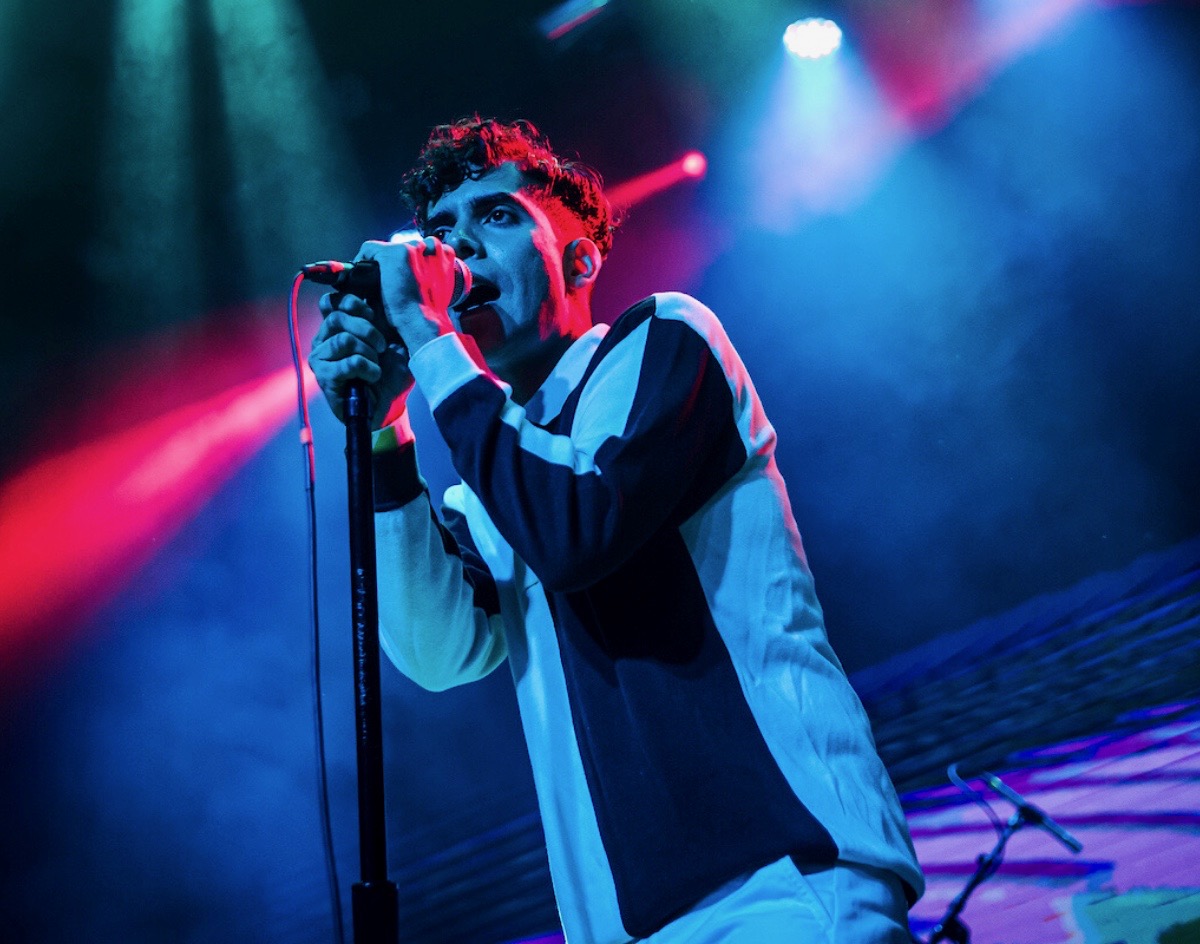 Join Alan Palomo Of Neon Indian In Being Santa’s Little Helper, Succumb To Total Metal Mayhem And Turn Out The Lights All Night Long. Plus More!

Canada cut Donald Trump out of its broadcasts of the Christmas classic (no, not Die Hard) Home Alone 2: Lost In New York, and the Trumpers are hashtag triggered.

If you’ll recall, Trump delivers the scene stealing line of “down the hall and to the left,” when Macaulay Culkin’s Kevin McCallister asks where the lobby of the Plaza Hotel is. However, in light of claims of “censorship” from the ilk of Fox & Friends, a spokesperson for the Canadian Broadcasting Corporation said Trump has actually been edited out of the network’s showing of the film since 2014, before Trump was even running for the 2016 election.

Hey, after the Starbucks red cup scandal and the fake outrage over the use of “happy holidays” becoming a social norm, they were running out of things to be victims of, ok?

You know what’s actually outrageous? The fact that we have to pick between so many fun things going down in DFW this weekend. — Alec Spicer

Robert Earl Keen at House of Blues
In 1994, Robert Earl Keen released a song titled “Merry Christmas From the Family,” and it became one of his most notorious and celebrated works to date. Every holiday season, he plays a “Merry Christmas From the Fam-Oh-Lee” show at House of Blues, and while the human race gets further plunged into hell, we can rest easy knowing that this tradition hasn’t gone away. — GG

Santa’s Little Helper at Rubber Gloves
Neon Indian mastermind Alan Palomo will be performing at this dance party benefitting the Denton Animal Support Foundation. You can also bring your own pup to compete in the event’s trick exhibition and Best Dressed Dog competition, so start planning those high-concept canine costumes now. — DV

’80s vs. ’90s Holiday Jam at Gas Monkey Bar N’ Grill
In this corner, the ’80s tribute act Teen Wolves. And in the other corner, the cleverly-named ’90s cover band Marilyn Hanson. Who will arise victorious at this free concert? Fortunately, you don’t have to pony up for pay-per-view to find out. — DV

The Tools at Granada Theater
The real Tool will be playing the American Airlines Center next month, but if you can’t wait that long to hear “Stinkfist,” the tribute band The Tools has got you covered. Also on the bill are tribute acts to Rage Against the Machine and Queens of the Stone Age — DV

The Grand Illusions of Rob Lake at Music Hall at Fair Park
In case you’re wondering what the difference is between a magic trick and the type of illusion that America’s Got Talent winner Rob Lake performs, let Gob Bluth explain. — DV

Final Fridays Honors Headkrack at Three Links
Rapper and radio personality Headkrack is perhaps most known for being a co-host on the Rickey Smiley Morning Show on Dish Nation. Now Dallas is honoring him as he makes his next move. The Bodega Bros, Suave Burgandy and more open. — AS

Koe Wetzel at The Bomb Factory
You know that East Texas country music scene that Josh Abbott and William Clark Green are part of? This dude is a big name in that circuit. — GG

Lyfe Jennings at House of Blues
This R&B crooner had a couple pop crossover hits in the 2000s, particularly the moralizing “S.E.X.,” but he’s kept a more consistent profile in middle-of-the-road R&B circles since then. — DV

Bob Schneider at Granada Theater
One of the many cool things about this Austin singer-songwriter is that he posts live recordings of nearly every gig he performs on his Bandcamp. You can even check out his Granada show from exactly one year prior on December 28th, 2018, if you want a taste of what this year will hold. — DV

Metal Mayhem 2019 at Gas Monkey Live!
The heavy metal tribute acts on this bill include salutes to Judas Priest, Black Sabbath, Dio, Queensryche and Ratt. It’s as if the Trapper-Keeper sketches of a 12-year-old metalhead in 1985 have come to life and been set loose on Gas Monkey Live. — DV

Van Full of Nuns at Three Links
For those who spent their Decembers listening more to Bowling For Soup than to Mariah Carey, Van Full of Nuns has an Xmas-themed pop-punk night in store. — DV

A Hateful Holiday Showcase at Gas Monkey Bar N’ Grill
Holiday music is still omnipresent for a couple more days, but this local death metal lineup with groups like Dispositions should help drown out the sleigh bells. — DV

Home For The Holidays at Dallas Comedy House
These comics paid their dues in D/FW before splitting for New York and L.A., but the holiday season has brought them back for a hometown showcase. — DV

The Grand Illusions of Rob Lake at Music Hall at Fair Park
In case you’re wondering what the difference is between a magic trick and an illusion, let Gob Bluth explain. — DV

Mannheim Steamroller at Toyota Music Factory
Believe it or not, Christmas-centric groups like these neon synth wizards don’t vanish into the eggnog ether on December 26th. — DV

The Sissy’s & Bud’s of Honky Tonk at Three Links
There’s plenty of honky-tonk troubadours in this country showcase, but none of them are actually named Sissy or Bud. The title comes from the two main characters in the ’80s John Travolta cheese-fest Urban Cowboy, which takes place at Gilley’s in Dallas. — DV

The Grays: 90s Disney Concert at The Kessler
“Be Prepared” for some major Disney nostalgia. Last year’s tribute show was a huge hit at Three Links, so it’s no wonder that it’s moved to the much-bigger Kessler this year. We also chatted with Kierra Gray about the show recently. — DV

New Year’s Eve Eve Eve at The Church at Lizard Lounge
New Year’s Eve is played out, Eve Eve just sounds redundant, but New Year’s Eve Eve Eve? That’s where it’s at. This antepenultimate (Yes, we did get a word-a-day calendar this year, why do you ask?) party will include complimentary champagne and feature a balloon drop at midnight. — DV