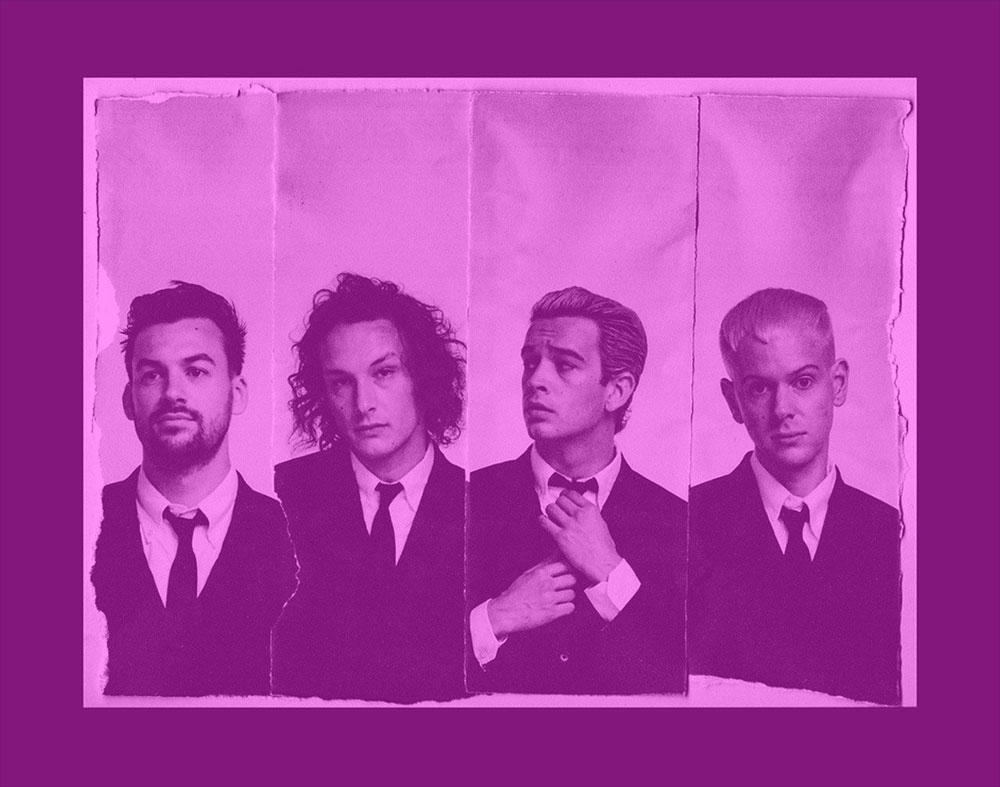 Enjoy Living With The 1975, Listen To Some Rap Songs With Earl Sweatshirt And Stroll Into Sum 41’s Party Like Your Name Is El Niño. Plus So Much More!

If you think you’ve been having a rough go of things at work lately, consider the plight of this whale who is believed to work for the Russian government.

The whale was discovered off the coast of Norway when it came to the surface to say hello to some fishermen, seemingly forgetting the fact that it was wearing a harness — something most beluga whales don’t naturally rock as part of their day-to-day looks, turns out! Upon further investigation of the harness, authorities now believe it’s possible that the mammal was likely involved in some sort of covert operations for the Russian navy.

Beyond the general intrigue, what does this have to do with you? Well, no matter how bad things are going for you at your place of employment, chances are you didn’t just alert the whole world to a secret project your bosses have been working on for some time.

So, hey, good for you! Now, go out and celebrate your competence over other mammals at one of the following kickass events taking place around Dallas-Fort Worth these next couple days. — Pete Freedman

Dream Theater at The Bomb Factory
During my sophomore year of college, I shared a calculus class with this dude who would occasionally wear a Dream Theater shirt. He always came into class wearing golf shorts — even when it was cold — and a plaid fedora. If you’re that guy, the progressive metal outfit comes to town tonight supporting their Distance Over Time release. — Garrett Gravley

Real Women Have Curves at Kalita Humphreys Theater
This is the third night of Real Women Have Curves‘ run that will run through mid-May. The play tells the story of a fresh high school graduate with big dreams who is stuck working at her sister’s garment factory in East L.A., where she comes to appreciate the hard work and energy of her co-workers, who all struggle with issues relating to personal body image and deportation. — Mira Scott

Deerhunter at Trees
Experimental rock outfit Deerhunter recently released its eighth studio album, Why Hasn’t Everything Already Disappeared?, and comes to town in promotion of this release. Just don’t ask Bradford Cox and Co. to cover “My Sharona.” Update: This show, originally slated for Canton Hall, has been moved to Trees. — GG

Moonstruck at The Magnolia
This 1987 romantic comedy stars Cher, who is a great follow on Twitter. —PF

Wallows at House of Blues
Frontman Dylan Minette is best known for his co-starring role on Netflix’s 13 Reasons Why, but unlike a lot of celebs who jump into the music game after obtaining some relative level of fame, Minette and his two other bandmates — Braeden LeMasters and Cole Preston –have been playing their ’90s style of alternative rock for 10 years at this point. — Obed Manuel

Ex Hex at Curtain Club
Mary Timony is perhaps best known as the lead vocalist and guitarist for revered noise pop band Helium. Then, 12 years following that band’s break-up, she would form Wild Flag with Carrie Brownstein of Sleater-Kinney and Portlandia fame. With now both of those bands broken up, she spends her time performing in garage punk trio Ex Hex, who released their third album It’s Real on March 22 via Merge Records. — GG

Blac Rabbit at Three Links
The New York-based psychedelic rock outfit’s founding members — twins Amiri and Rahiem Taylor — achieved virality with a cover of the Beatles’ “Eight Days a Week” that landed them on Ellen and then got them this tour.  — GG

Sum 41 at House of Blues
Hey, remember when these guys used a local artist’s work in one of their music videos without asking permission? “Fatlip” still bumps, though. — PF

JAB Cares & Friends Presents: Neon Moon hosted by Josh Abbott! at Blue Light
The Josh Abbott Band’s namesake frontman is throwing a ’90s country-themed party to raise funds and awareness for the SIMS Foundation, which focuses on mental heath awareness among musicians. We’re told some pretty big names are expected to show up to the event on the low-low. — MS

Sleepless in Seattle at Sundown at Granada
“You make a million decisions that mean nothing, and then one day you [go to a free movie screening on Lower Greenville] and it changes your life.” — Annie Reed

Earl Sweatshirt at Canton Hall
In November 2018, Odd Future alumnus Earl Sweatshirt dropped his third full-length and magnum opus Some Rap Songs, and in doing so, he took on a more lo-fi production quality and made his notoriously dark lyrical subject matter even darker. Dallas’ own Liv.e is among the openers joining the despondent, reclusive rapper on this tour, this date obviously included. — GG

The 1975 at The Pavilion at Toyota Music Factory
When these guys first popped in 2013, I thought they were just the latest batch of haircuts and bad attitudes to be slapped together by the music industry as a means to appeal to teenage hormones. But there’s some depth and craft to their newer material, which is just as poppy as its previous pop-rock but comes bearing a more polished edge. These guys are probably going to be around for a while, huh? — PF

“The Pump and Dump Show” at House of Blues
This comedy and music road show is designed specifically to appeal to moms. Shout out to moms! — PF

Mr. Twin Sister at Club Dada
Once upon a time, chillwave was a thing and Mr. Twin Sister (FKA Twin Sister) was making waves in that circuit. Of course, chillwave has since lost its footing in the mainstream indie landscape, but this Long Island outfit remains undeterred. In October 2018, the band released Salt, its first full-length album in five years. — GG

Rock ‘n’ Roll High School at Texas Theatre
After her memorable turn in 1976’s Halloween, PJ Soles played a high schooler — and massive fan of The Ramones — in this 1979 cult classic when was 29 years old. Curious to know more about what the experience on the set was like for her? You’re in luck, as Soles will be on-hand to introduce this film. Then, after the screening, a Ramones tribute called Sedated will perform one of the Texas Theatre’s vaunted behind-the-screen showcases. — PF

Animals As Leaders at Gas Monkey Bar N’ Grill
Prog metal is a genre of music for those that like things that are not just loud, but also complex. Dueling distorted guitar licks? Yeah. you got it, dude. — Cory Graves

Bryce Bangs at The Rustic
The music of local musician Bryce: Does it bang? Head out to this free show from the roots- and blues-influenced rocker and tell us your thoughts. — PF