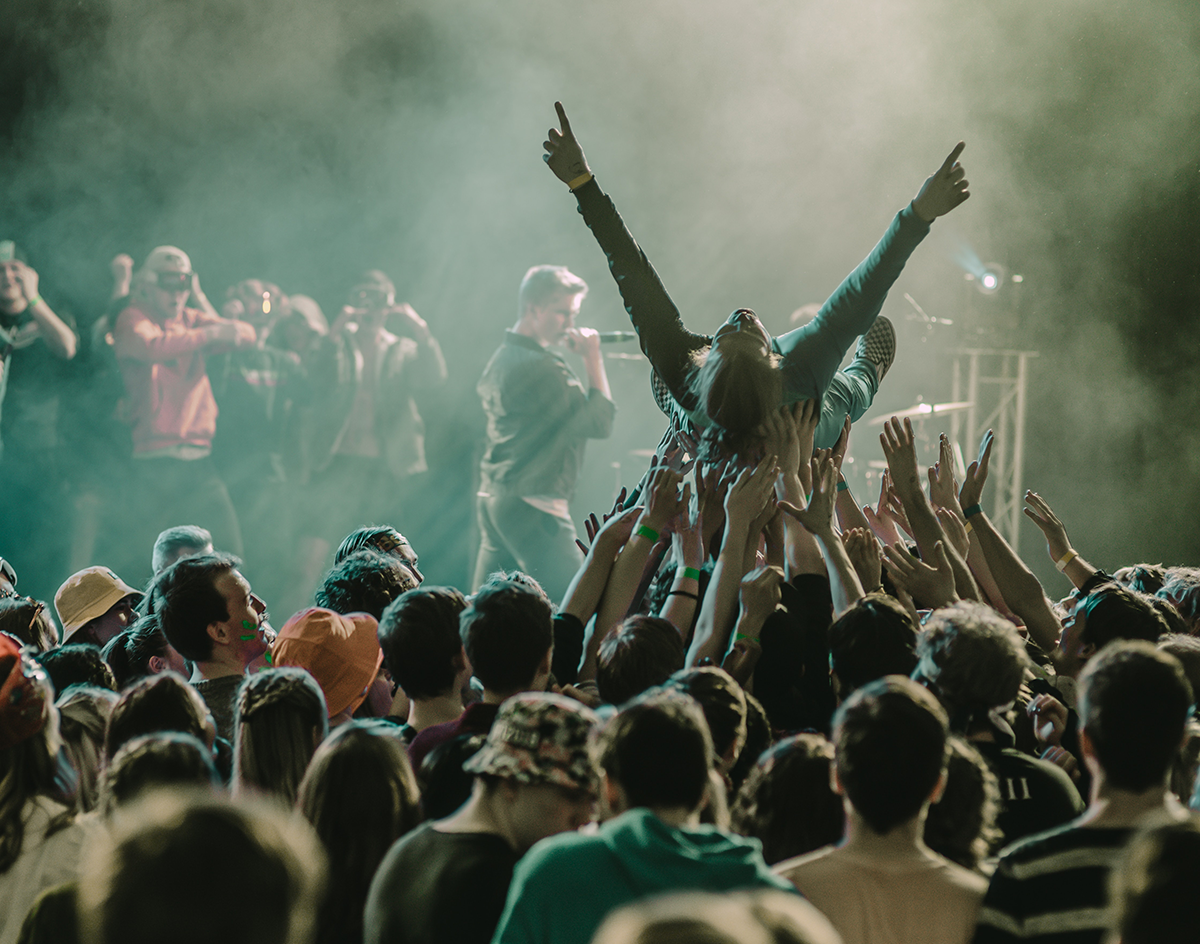 Putting The Spotlight On The Nominees For Best Live Act, Who Are Putting On For The North Texas Music Scene One Torn-Up Stage At A Time.

While all of the nominees on this year’s Music Honors ballot have proven they can make great music, each of the acts in this category has elevated their craft in channeling their energy from the studio to the stage. In fact, two of them are even slated to take the stage to perform at our Central Track Music Honors ceremony.

We’ve all been to shows that were so good we wished they’d gone on forever, and these acts have proven they command the room enough to leave you lost in such a wish. A few of them will leave your ears ringing after a set, and others might even make make the hair on your neck stand up — some of them might even do both. Whatever the emotions may be, we can attest to the dynamic nature these artists emit to audiences, which speaks to their greater understanding of a solid foundation for live performances.

Some you may have seen in semi-intimate settings tucked into the Deepest of Ellum, across the Trinity in Bishop Arts, or even at a disheveled house show — maybe you haven’t seen them at all. In any case, we’re fortunate enough to have the opportunity to catch them right here in our backyards, and, if you like what you see (we know you do, let’s be real here) show them love by voting for them by February 16.

Lead by Leah Lane’s deep vocal prowess, Rosegarden Funeral Party has carved its own path in the Dallas rock scene. With live performances that elevate the band’s music, fueled by powerful guitar riffs and Lane’s hair-raising screams, these goth rockers reside among some of the most nominated acts this year. And, in true goth-rock form, the band’s look expertly matches its sound, akin to that of the most iconic ’80s punk legends.

This punk trio is no stranger to raucous, aggressive live sets. Frtoman Aarón Mireles pulls double duty as both vocalist and bassist — the latter of roles also has him nominated for Best Bassist, as well — and drummer Elvis Martinez hits so hard he will have you scared he’ll bust the kit. Guitarist Alex Mireles’ catchy riffs alone are enough to incite a mosh pit, and they’re playing our Music Honors show this year, so you’ve been warned.

Though multi-hyphenate musical siblings Kierra, KJ and Kwinton Gray explore their own solo endeavors, they keep it all in the family when performing as The Grays. This ain’t your typical family jam band, though — Kwinton alone has played keyboard for Janet Jackson on several tours. The trio, who appear to have an affinity for Disney movies, dropped a funk-infused cover of the iconic Pocahontas song “Colors of the Wind” in January that has us excited to catch their next show, because the taste jumped all the way out.

This all-women trio translates its bright, bubblegum-punk music to the stage with colorful aesthetics and sweet vocal harmonies from Paulina Costilla and Molly Hernandez. Andy Cantu, who is also up for a nod as Best Drummer, is the personification of “small but mighty,” propelling the tunes with her bouncy, jubilant drumming. Not only do The Bralettes not shy away from their soft, femme image, they’re also really funny. Sense of humor translates to the stage, and well, you love to see it.

Best Male Vocalist nominee Keite Young transforms the room into a chapel when he leads this duo. His gravely, gospel-esque vocals paired with multi-instrumentalist Jason Burt’s bluesy guitar stylings make for the perfect recipe for this southern rock project, which just released its highly-anticipated debut album this past December. It album might be titled WAR, but all it has us feeling is love. And maybe a need to break a little sweat, too.

This seven-piece soul collective succeeds in the tough task of having a retro sound without being pigeonholed into nothing more than a tribute band. The Bastards lean all the way in, which is especially evident in their live performances. In fact, they just played an excitingly jubilant sold-out show at The Kessler Theater in celebration of the release of their debut album. We’ll let that speak for itself.

Three of the five members of this “cheeseburger rock” band from Fort Worth play guitar, so to say things get loud is an understatement — something they take a lot of pride in. However, Duell flexes both heavy and polished sensibilities all at the same time, making for shows full of head-banging, reverberating chaos and a good time. Great news: you’ll be in for all of it when they take the Granada Theater stage for our Central Track Music Honors next week.