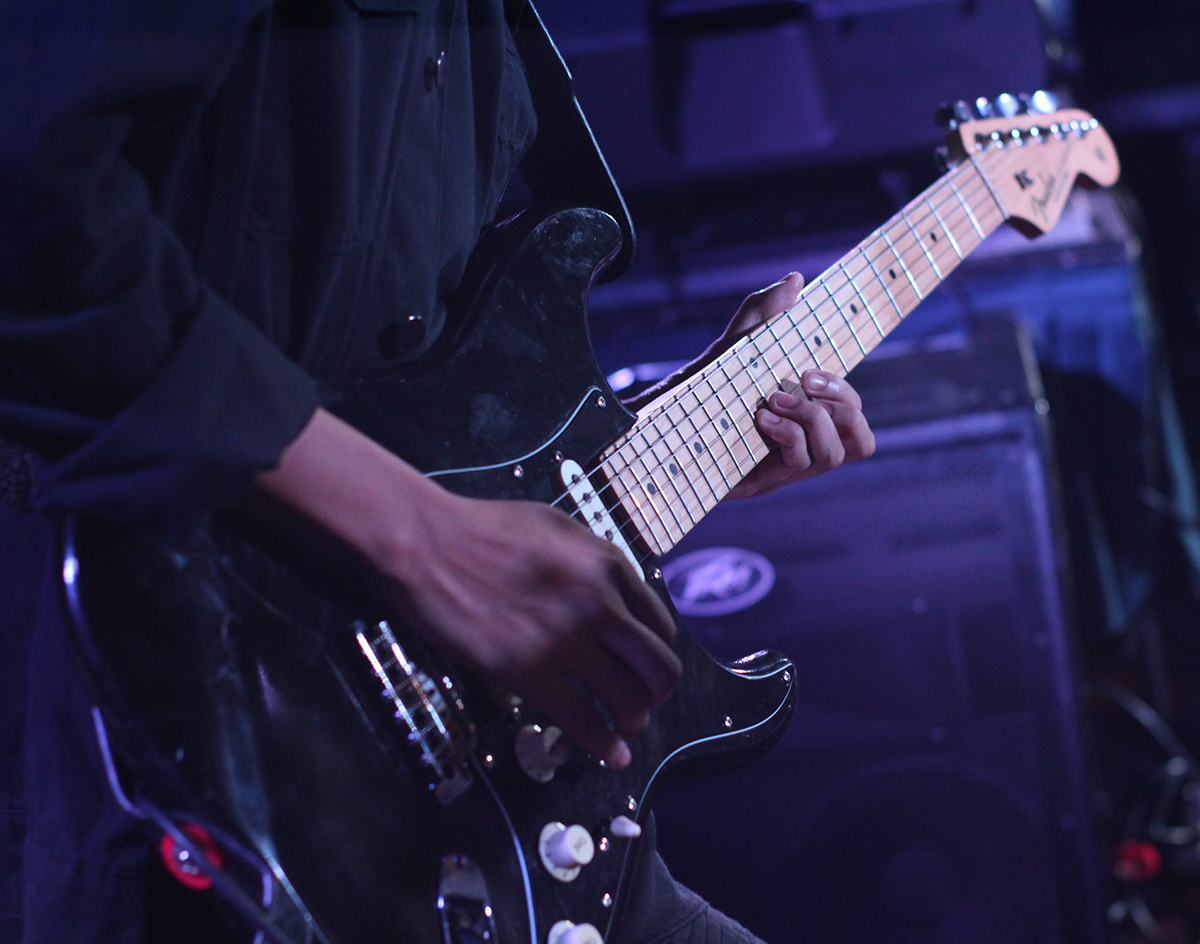 A Quick Rundown Of All The Nominees Up For Our Best Indie-Rock Act Category, All Of Whom Put Their Own Spin On The Already-Expansive Genre.

This year’s nominees for Best Indie Rock Act are an amalgamation of the many different facets of what indie-rock has to offer in a buzzing scene like Dallas’. From bumping 808s to influences of pop-punk, these acts span across the genre’s wide bounds. To put it simply: these artists all represent the beauty of doing something a little atypical for an oft blanketed genre.

The unbound freedom these acts channel allows for them to challenge structures, expectations and ideas of boxing rock music into a binary sound. Each of these acts takes rock music beyond the paths of traditional radio-friendly jams, creating exciting and fresh tracks for us to run back.

The best part, really, is that whether an act on this list is still in the discovery stages of its sound or has already put time in with rock legends, they’re all equally deserving of your vote in one way or another. Which works out just fine, because you still have until February 16 to cast your daily vote.

Also nominated for best group in this year’s nominations, Nervous Curtains doesn’t want to be considered a retro band, but instead as an ever-evolving group that can change themes on a whim while staying true to synth-heavy  sounds. The band pins its anxious, hyperactive take on rock against the slow-burning, echoey vocals of lead singer Sean Kirkpatrick in the ultimate head-nodding experience. Its most recent release, I Tried to Fight it But I Was Inside it, is packed with plenty of instrumental dance breaks, while also highlighting the chaotic effects capitalism can litter our society with. Nervous Curtains not only wants to rock, it also asks us to take a good, hard look at ourselves in the mirror.

Motorcade is the ultimate throwback band without being a tribute or cover band. The music is entirely original but cozily nods to classic ‘80s pop-rock, tinged with psychedelic synths and acoustic guitars. The band’s self-titled debut features productions that scream summer romance and even a hint of Tame Impala, but with more no-nonsense, hard hitting rhythms. The band, a bit of a supergroup, includes members that have either recorded or toured with the likes of St. Vincent, The War on Drugs and Baboon, just to name a few. And, with three nominations under its belt and a planned performance at this year’s award ceremony, the band is likely to to have a moment either way.

Adam & The Figurines is difficult to pin down to one sound. The band’s self-titled debut album from 2017 featured a myriad of influences and sounds made for a cohesive indie output. Jazzy piano runs, surfy guitar lines and Beach Boys-esque melodies ooze charisma and chemistry throughout the band’s entire discography, though. The band just recently finished up a multi-state tour and released a second album titled “Higher” last year, of which we featured the title-track as a Song of the Day in November. And like we said back then, if nothing else, Adam & The Figurines is easy-listening.

Perhaps the most gripping aspect of this trio is vocalist Esteban Flores’ range. His vocals have the capability of going from shatteringly delicate to unrelentingly gritty. The band follows suit, too, with blends of an emphasis on kick drums and catchy guitar riffs. Though this is the band’s first Music Honors nomination, but its already received plenty of recognition in Dallas within its three year timeframe of performing, including the inclusion of “Loose Ends” on Spotify’s Fresh Finds playlist, which regularly curates news music from independent rock artists. While Feeves may claim its name means nothing, the band has got a whole lot going for itself anyway.

Armed with haunting chills and ethereal synths, Gollay is an angelic force of indie-rock power. This 5-piece ensemble is headed by lead singer Rachel Gollay, whose pristine tone perfectly heightens the deep 808s and acoustic guitars heard on its latest full-length effort, Override. Looking beyond Gollay’s sweet, airy vocals, you’ll find that much of the band’s latest tracks can be interpreted for being politically charged, creating a transparent dialogue between itself and its listeners.

Since its recognition at last year’s Music Honors for Best Song and Best Rock Act, Kyoto Lo-Fi has kept fairly quiet on the new music front, but has played countless shows in the DFW area. Its latest single, “Flowering Boulder,” opens with a church organ chord progression fitting for a the commencement of a wedding ceremony. This takes a turn for the best when it explodes into a flurry of chunky bass lines and vocal slides, showcasing the band’s affinity for indie exploration.

The musical history of Jordan Richardson stems back to his connection to Blues artist Ben Harper and their band Relentless7. The band released one album in 2009 and had a short touring stint with Beatles legend Ringo Starr before calling it quits in 2010. The next year, Richardson’s first-ever solo act, Son of Stan, was born as one of his many passion projects as it pooled his bandmates from past projects together to create an all out love letter to ‘80s synth-pop music. The band’s latest release, Diamond Cuts is also up for Best EP at this year’s show, if you needed another reason to Stan. Because unfortunately a “divorcepop” category didn’t make the cut this year.