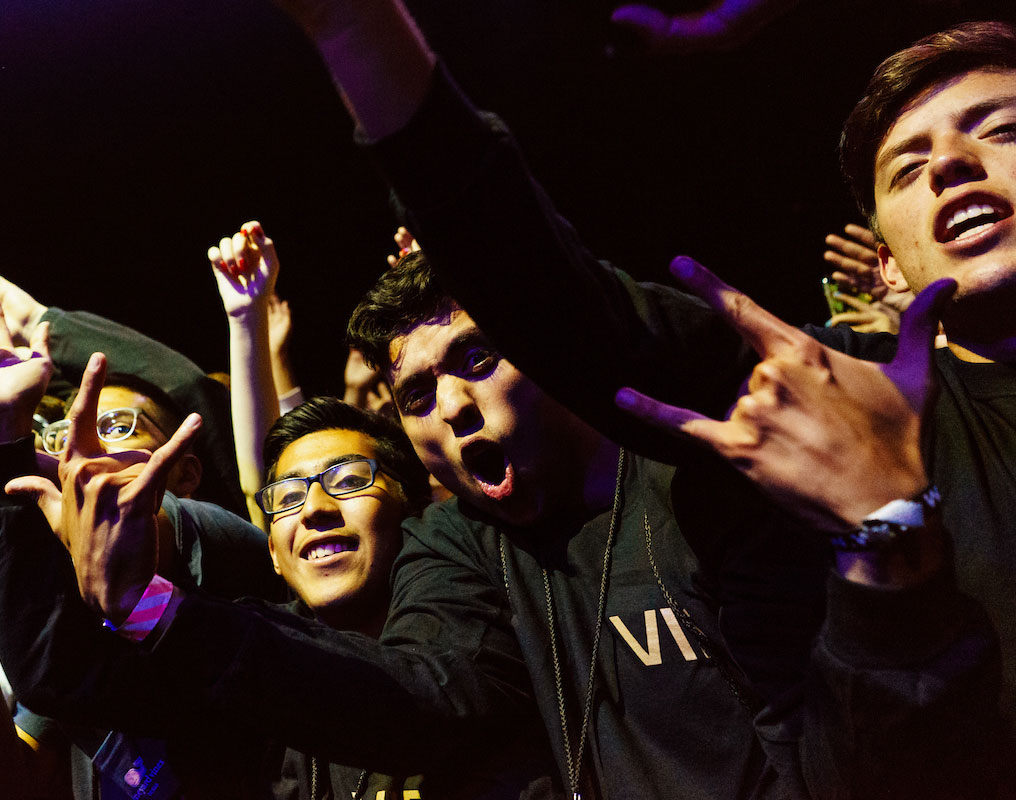 From Big-Named Festival Headliner Showcases To Surprise Pop-Up Shows In Deep Ellum Clubs, These Are The Dallas-Area Concerts We Loved The Most In 2017.

A couple years back, an all-too-common complaint heard around these parts was that Dallas doesn’t get as many touring shows coming through town as some other cities do.

But it’s rather uncommon to hear such bitching nowadays. And with good reason: Whereas the common conception in the late ’00s was that Dallas was far too often skipped over by touring bands who preferred to play Austin instead and didn’t mind not playing Dallas on the way in or out, the touring industry has seemingly had an about-face in that regard.

There are likely a number of factors behind this — first and foremost, I imagine, being the increasingly clear realization that touring is one of the most surefire way for big-name bands to make a buck, and that to skip a major market like ours is to miss out on an easy cash-grab. But there are other reasons for this change too, from the resurgence of Deep Ellum’s club scene and the sheer volume of new state-of-the-art venues around the region (Canton Hall, The Pavilion At Toyota Music Factory, Gas Monkey Live, The Bomb Factory and so on) to the niche venues (It’ll Do, Stereo Live, etc.) that cater to acts that might’ve not had a proper stage for their sound in past years.

All that pontificating aside, one thing is clear: Dallas doesn’t exactly lack for concert-attending options these days. And for fans of the live music experience, that’s mostly a good thing. But it can also be a frustrating one, as financial budgets and time management make it nearly impossible to see every show one could possibly want to see in Dallas in a given year.

To that end, no, we did not attend every single show that came through town this year. But of the ones we did, these are the ones that resonated most with our editorial staff. — Pete Freedman 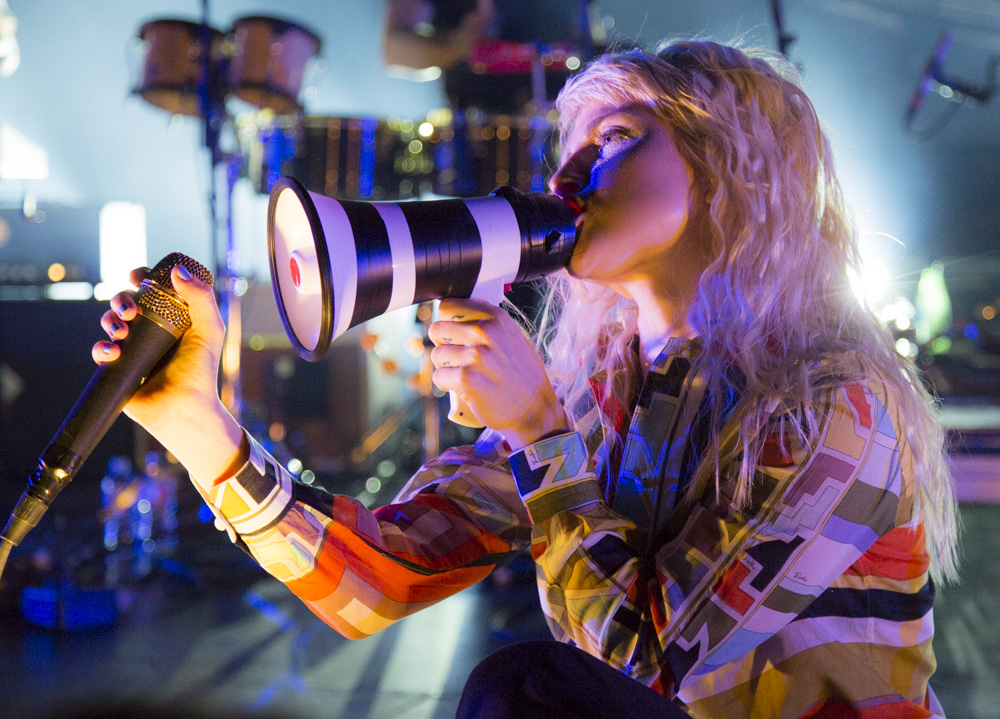 September 30.
Excerpt from review: “Coming out on stage with fervor, the band performed a lively set on a colorful stage, all while eating up the adoration of the sold-out venue. It was everything any Paramore fan could’ve wanted, with Williams regularly interacting with the fans up front and engaging best she could with those in the back of the room, too.” — Breanna Loose 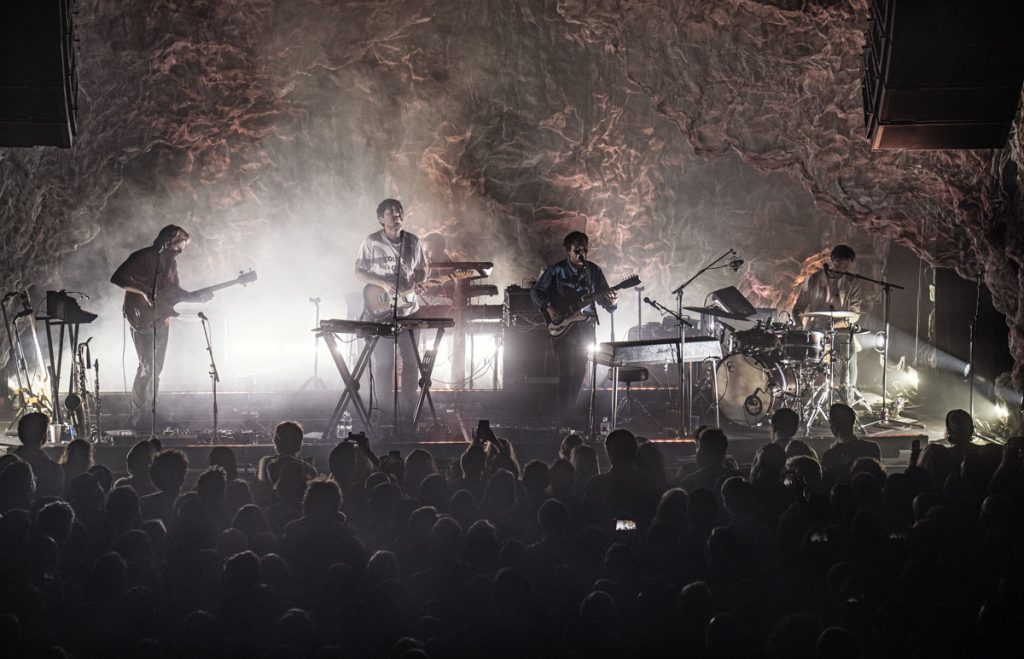 November 11.
Excerpt from review: “On its opening night, Canton Hall also flexed its audio capabilities. Both Grizzly Bear, known for its intricate and sometimes complex indie rock arrangements, and opening act Molly Burch, whose folksy singer-songwriter fare is best described as delicate, sounded crisp and clear over the course of their sets.” — Pete Freedman 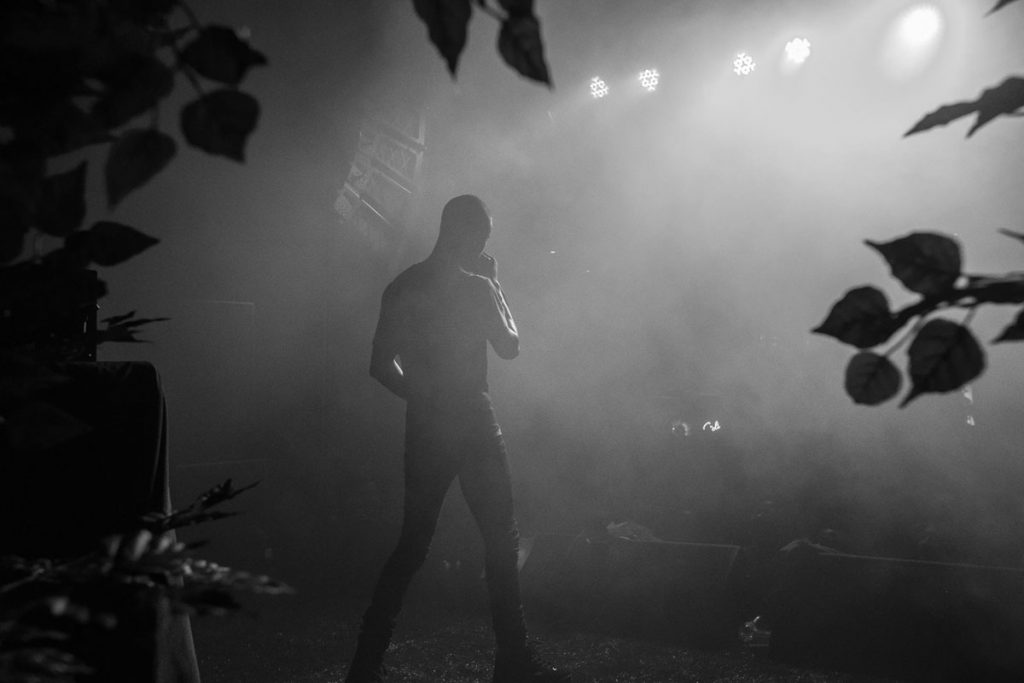 September 15.
Excerpt from review: “Touring in support of his March-released major label debut, At What Cost, GoldLink’s highly anticipated return to town was an exciting, high-energy affair, with the sold-out crowd warmly welcoming the performer back into town with cheers and chants that began even before he took to his stage, which was designed in a fitting manner for the venue, covered in Astroturf and plants.” — Fela Raymond 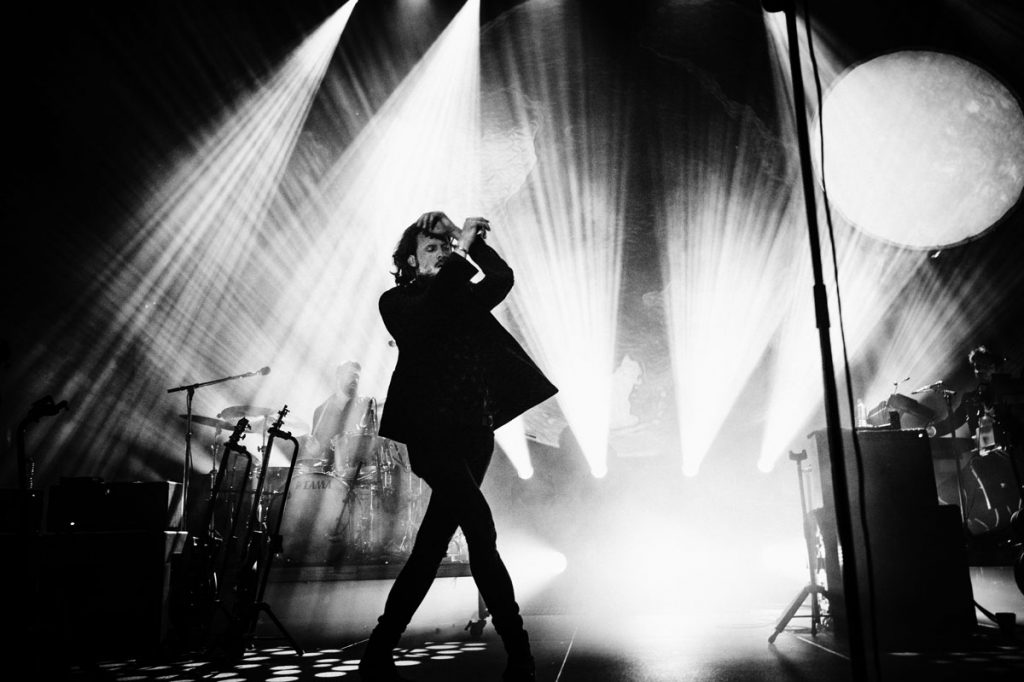 September 30.
Excerpt from review: “Tillman really is as brilliant as he thinks he is. He’s written some truly beautiful songs and, flippant as he may often appear to be, his lyricism reflects some honest-to-goodness deep thought. On this night, though, he was more than simply confident — he was notably comfortable. This crowd, in total agreement about Father John Misty’s greatness, helped. And that adoration was rewarded with a set that only improved as it went on. As the room’s cheers grew — and they did — so increased Tillman’s flourishes of talent, creativity and humanity.” — Jonathan Zizzo 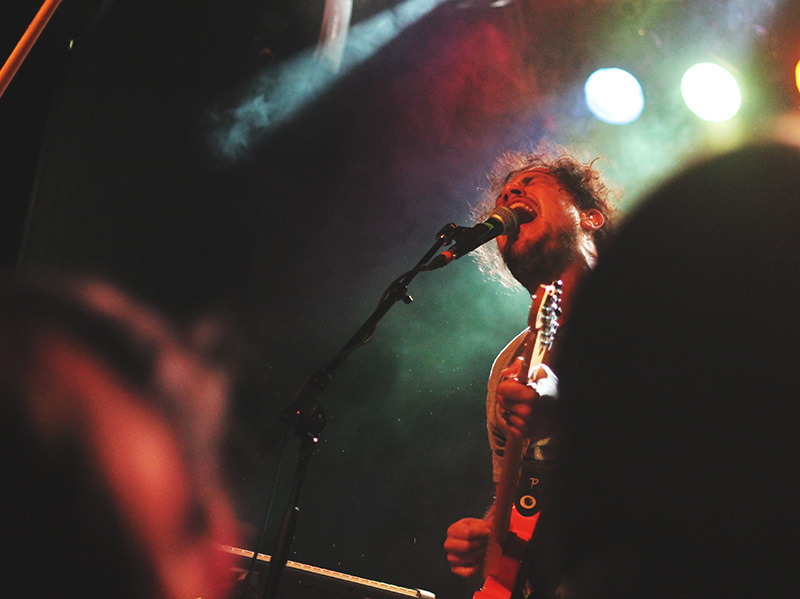 16. The Menzingers and Jeff Rosenstock at Trees.

March 8.
Excerpt from review: “With its penchant for sentimentality and singalong hooks, pop-punk is pretty much an inherently nostalgic genre. But last night at Trees, as The Menzingers and Jeff Rosenstock came to Dallas on tour, things felt definitively in the moment — and a vibrant good time at that.” — Pete Freedman 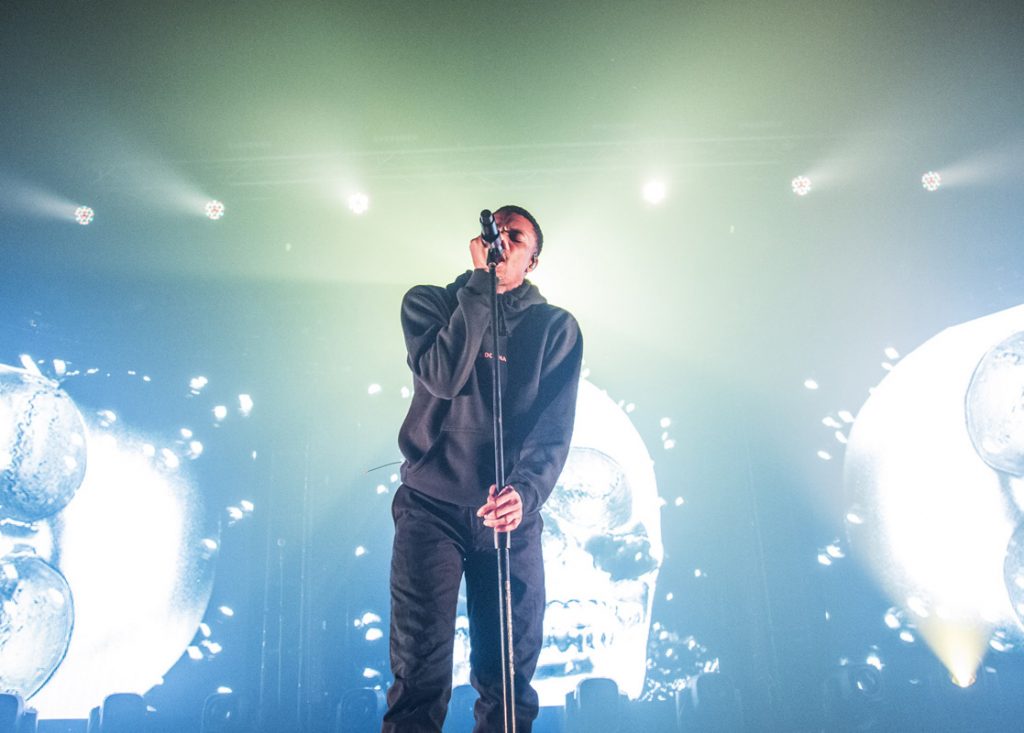 April 7.
Excerpt from review: “Keeping with the theme of this tour, he spends his time on stage acting as if he’s walking under, along or on top of the sea as he performs, standing in front of three large video panels and bathed in gorgeous blue lights. The whole thing really is a creative, artistic and visually stimulating experience — and, on Friday at least, he got plenty of love for the effort from his crowd, which featured fans both young and old.” — Breanna Loose 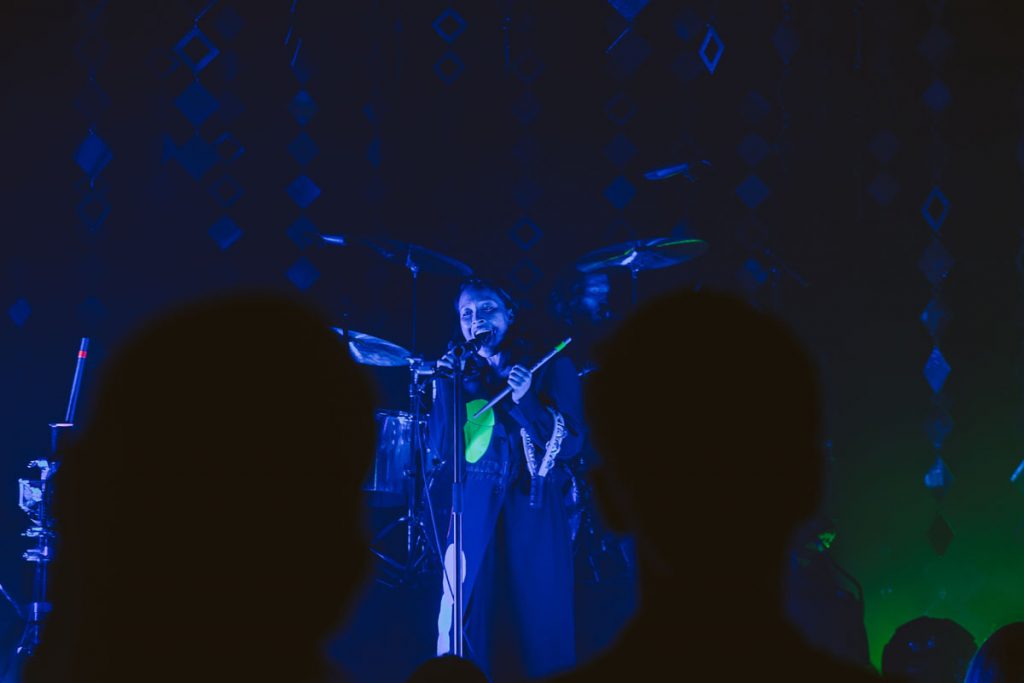 14. Little Dragon at The Majestic Theater.

April 25.
Excerpt from review: “In this setting, the crowd moved in playful waves in sync with lead singer Yukimi Nagano’s powerful vocals. The colorful, pulsating light work and synth-filled breakdowns helped, providing this particular section of Downtown Dallas what will probably be the closest feel to a European dance club that it will experience for a good while. And, for a night at least, scores of trendy hipsters embraced this, filling out The Majestic and reminding us that you really can — and should — dance whenever and wherever you can.” — Porttia Portis 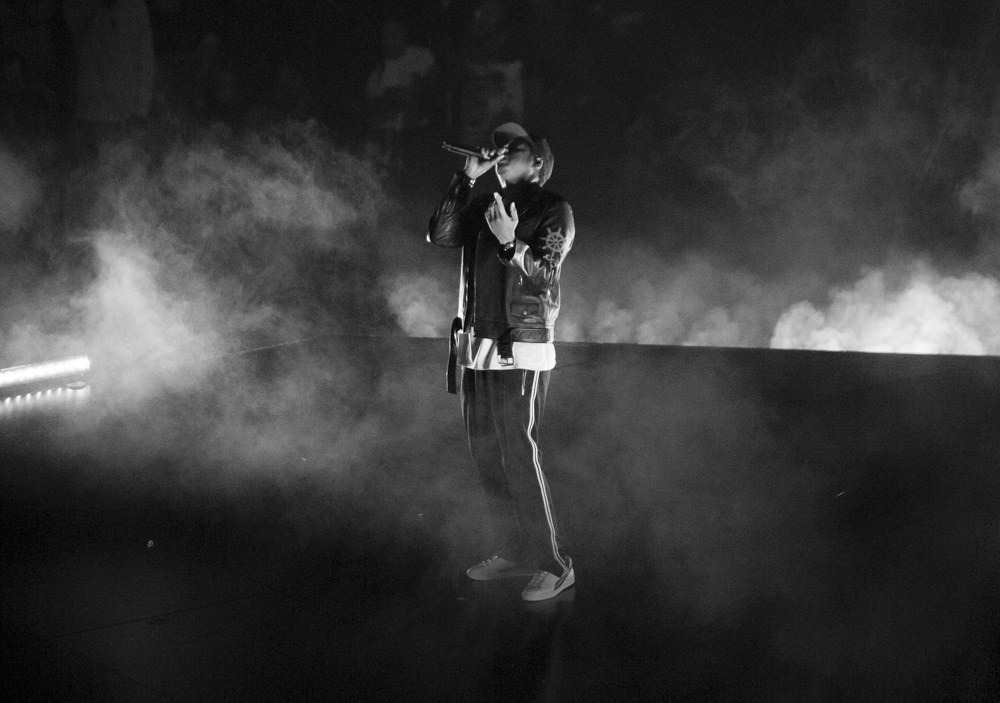 November 7.
Excerpt from review: “At one point over the course of Tuesday’s set, during which he alternated between chant-along conductor and deliberate wordsmith, he marveled aloud at the run of hits he’d just performed — one that included ‘Izzo (H.O.V.A.),’ ‘Dirt Off Your Shoulder,’ ‘On to the Next One,’ ‘I Just Wanna Love U (Give It 2 Me)’ and ‘Public Service Announcement.’ ‘I got a million of these!’ he exclaimed, rather exuberantly.” — Pete Freedman 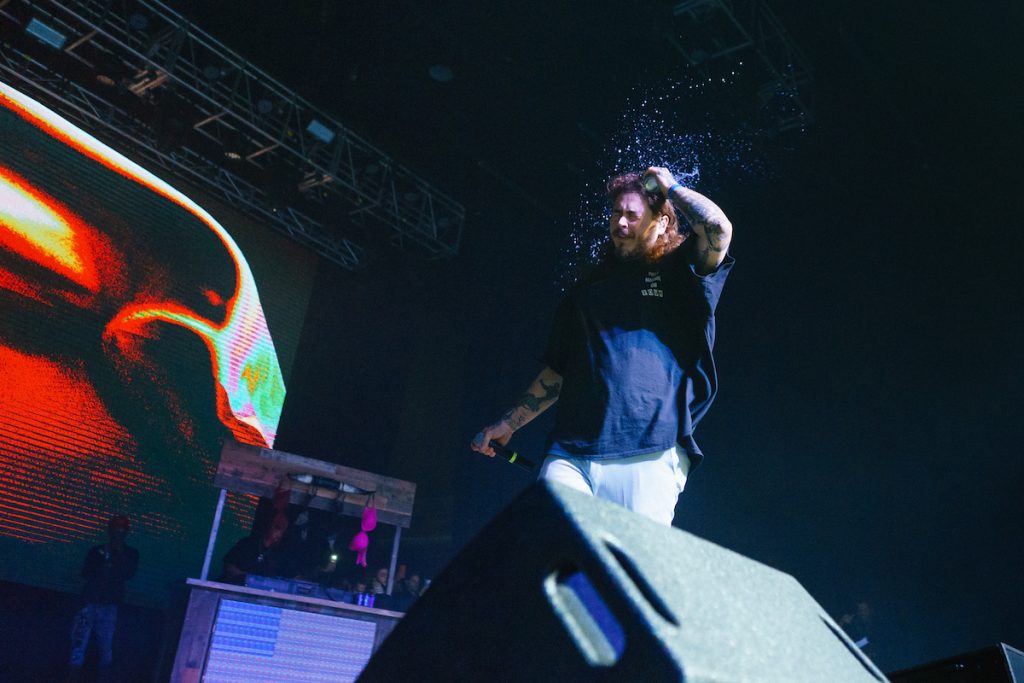 October 24.
Excerpt from review: “After performing the chart-topping ‘rockstar’ and ‘White Iverson,’ he gave himself a pat on the back by ending his set with ‘Congratulations,’ which left the room with its highest high of the night. During that final song, it was tough to envision Post Malone’s music as anything less that the feel-good, inclusive and wide-reaching output that it is. His critics may not get it, but his fans clearly do.” — Sidney Johnson 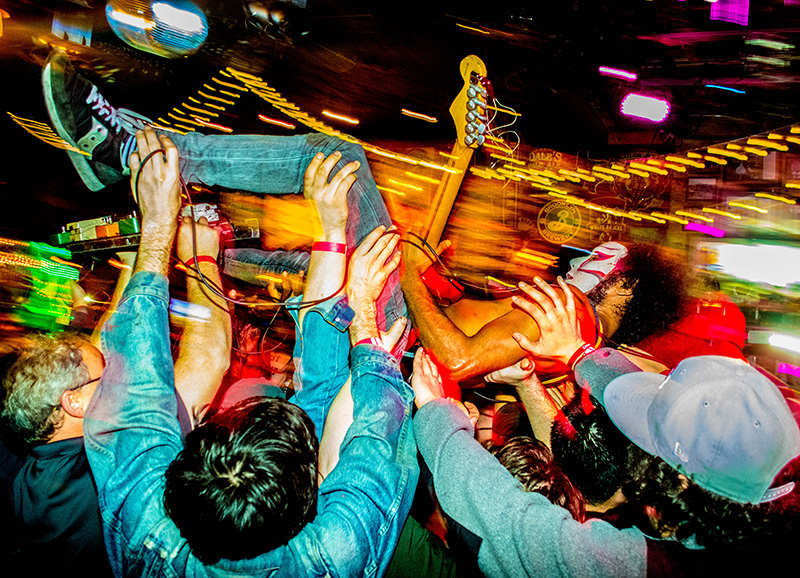 March 16.
Excerpt from review: “The crowd that saw the band on its most recent stop in Dallas were again in for a treat. In this case, that meant seeing the band: 1) start off on stage; 2) move to atop the crowd via stage-dives; 3) transfer all of its gear, pedals and amps included, to the floor; 4) light its drumkit on fire; 5) move its performance then to the patio in front of Three Links; 6) again move its show above the crowd, this time by imploring fans to lift its players and hoisting their instruments with them into the air; 7) light all of its gear on fire; and, finally, 8) bask in the glory of the spectacle it had just provided from atop the band’s van, which was parked on the road out in front of the venue.” — Pete Freedman 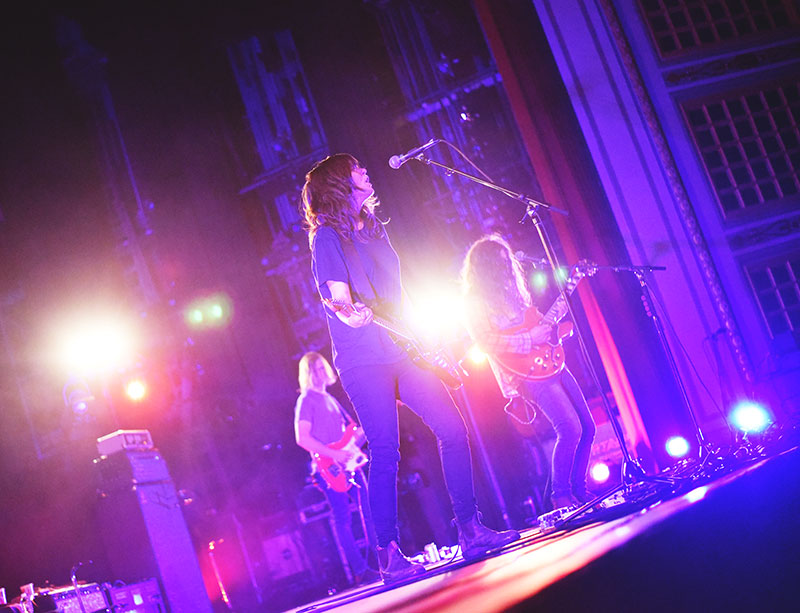 November 10.
Excerpt from review: “This show served as testament to thoughtful songwriting and gamely attitudes. Combine those elements, and a performer really can’t lose. Better still, pair up two performers — ones who just happen to share the first names of legit rock royalty — boasting them into one entity and you’ve got a real winner on your hands.” — Pete Freedman 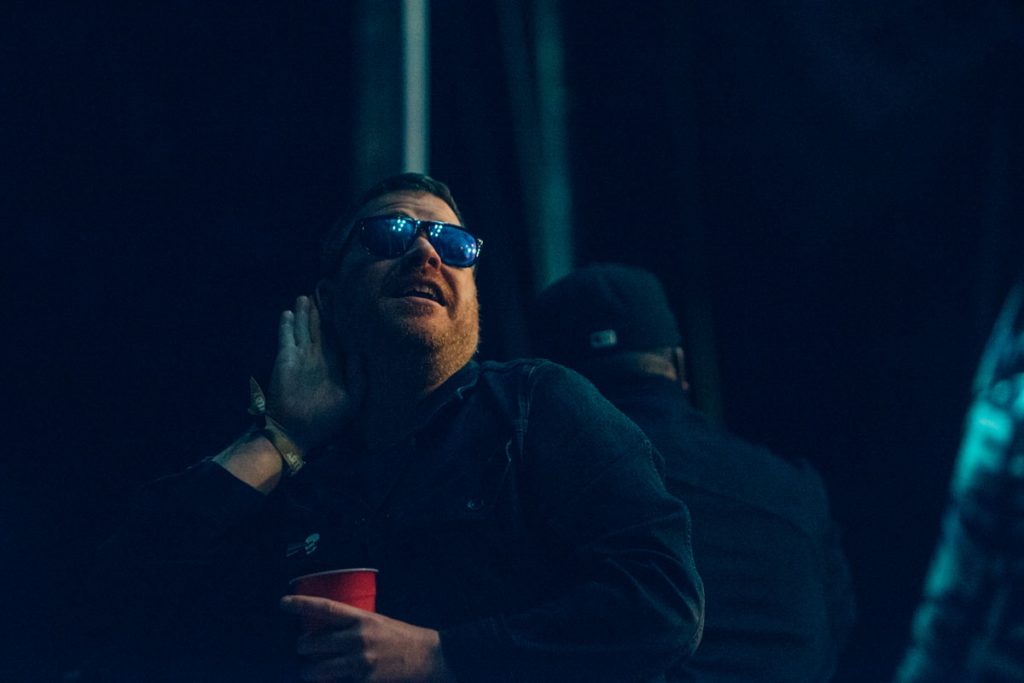 9. Run The Jewels at Fortress Fest.

April 29.
Excerpt from review: “Run The Jewels turned things up more than a few notches with a set that had crowds repeatedly thrusting their fists in the air and chanting along with vaunted rap duo’s lyrics.” — Pete Freedman 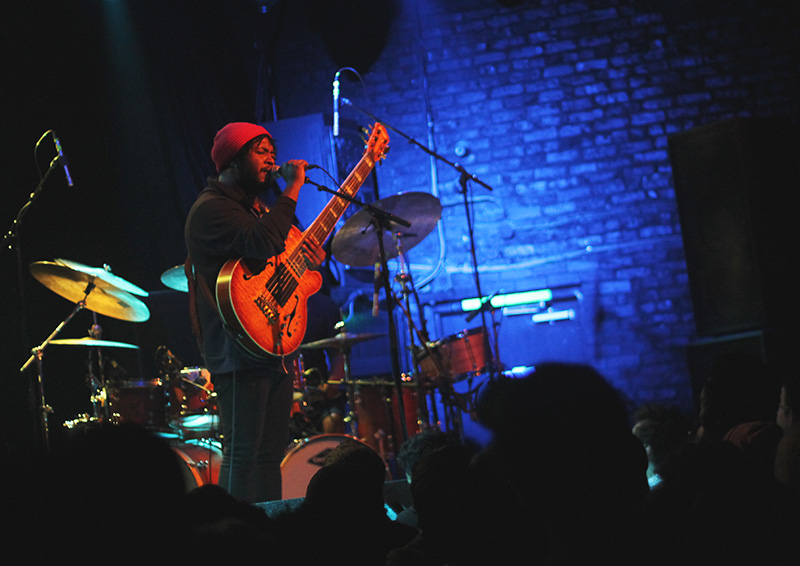 March 12.
Excerpt from review: “For almost two hours in front of a sold-out crowd on Sunday night, Thundercat oozed a cool confidence under his sly, permanent smile. He played his bass with the kind of second-nature ease that can only come with holding that instrument for most waking hours in the past 30 years, as his wizard-like, blurred hand slides up and down his fret board awed throughout the night. And his singing voice — his unique cooed falsetto — too captivated, never once coming across as anything below pitch perfect. Combined last night, these talents made for an absurdly alluring concoction, one that grabbed this audience by the hand as soon as it started and one that never let up throughout the remainder of its run.” — Pete Freedman 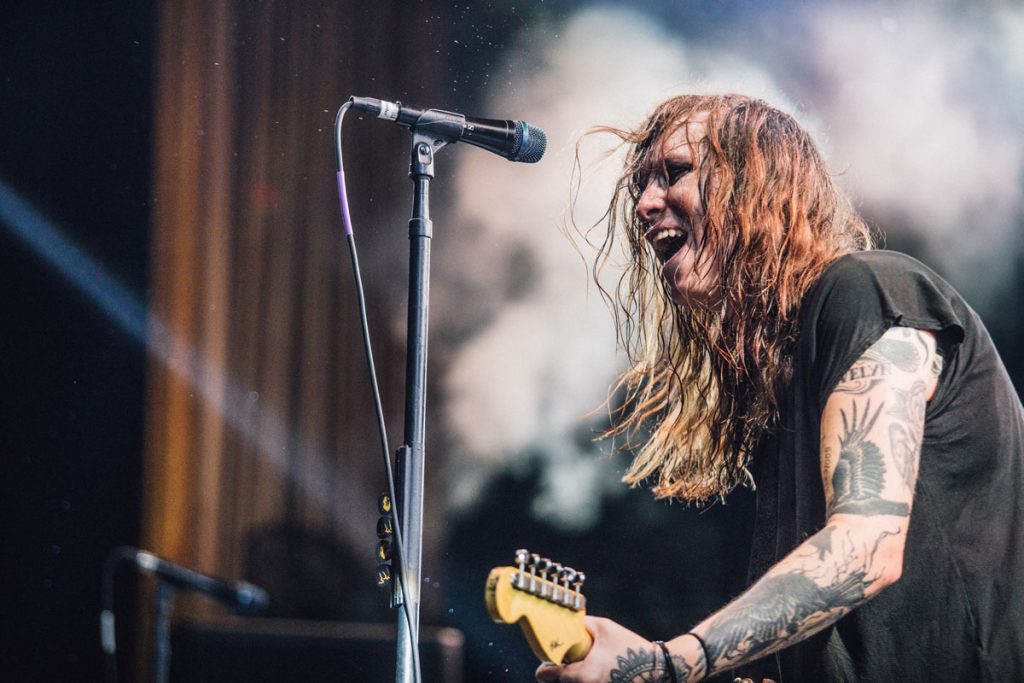 7. Against Me! at the Granada Theater.

September 23.
Excerpt from review: “Over the course of a 90-minute set in front of an adoring crowd, the band performed a triumphant set that was shamelessly built around fan favorite singles from the 2007’s New Wave, 2010’s White Crosses and 2014’s Transgender Dysphoria Blues LPs. It was all this singalong-ready crowd could’ve asked for an then some as Grace swaggered and bounced about stage, flanked by ex-Refused bassist Inge Johansson’s semi-crab walks and lead guitarist James Bowman’s posturing and ex-Angels & Airwaves drummer Atom Willard time-keeping.” — Pete Freedman 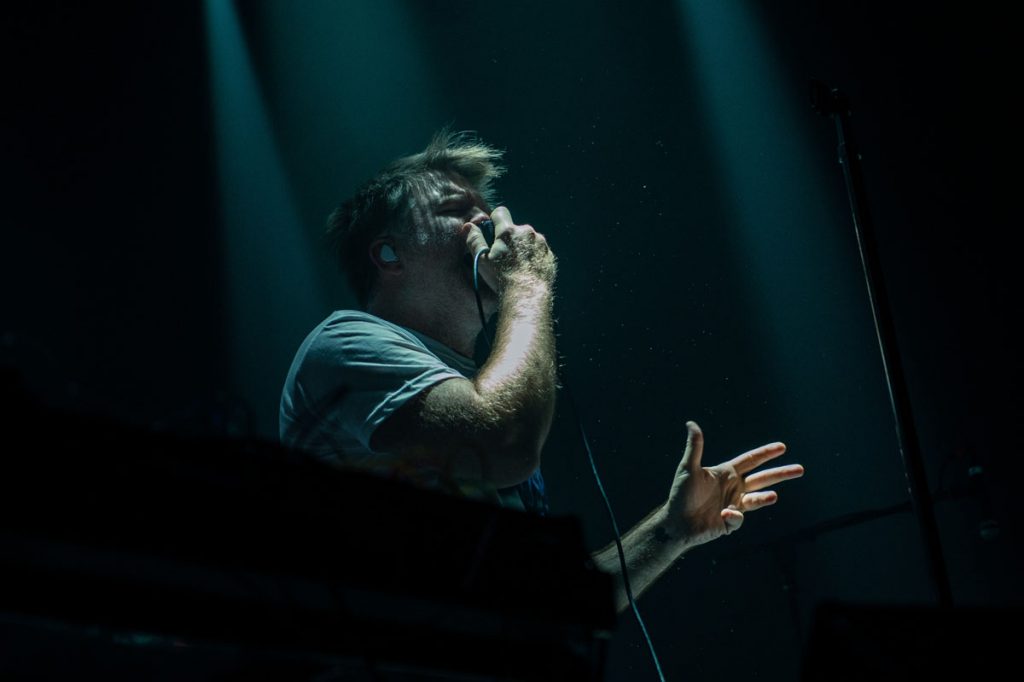 6. LCD Soundsystem at The Bomb Factory.

October 30.
Excerpt from review: “There’s a difference between being too cool for school and being present enough to push aside life’s stresses. And though it may have taken Murphy almost five decades on this planet to reconcile that fact and understand that social commentary needn’t always be scathing — realizations that his growing crowd sizes would indicate that he was behind the curve on learning — well, better late than never.” — Pete Freedman 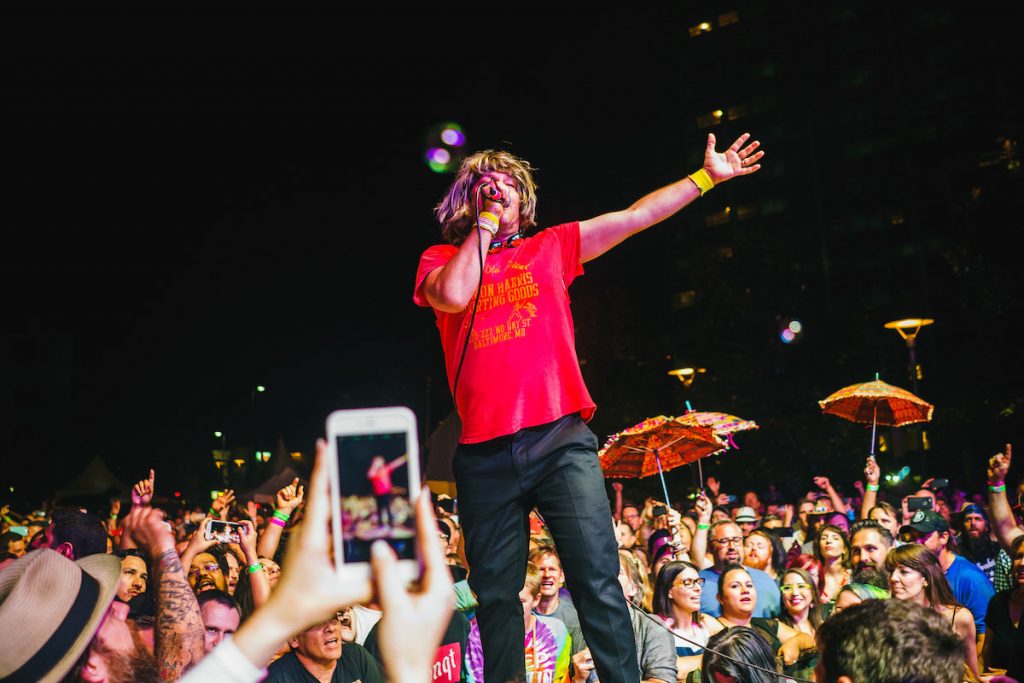 May 13.
Excerpt from review: “The crowd on this night couldn’t have been more welcoming to Tripping Daisy, with fortysomethings pogo-ing and sometimes even crowd-surfing through this Downtown Dallas setting as if the 18 years that had passed between Tripping Daisy runs had never happened.” — Pete Freedman 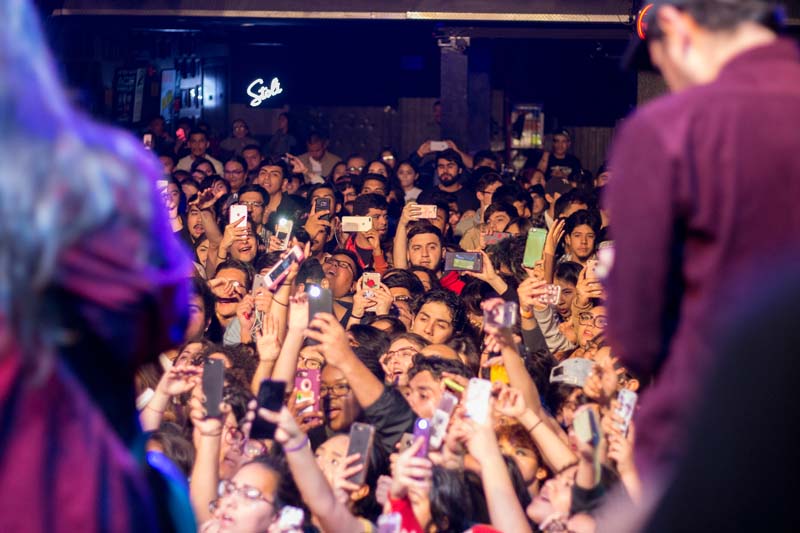 October 24.
Excerpt from review: “Once Cuco took the stage, it became clear that his gift doesn’t stretch only to his way with words or his romantic melodies. Part of his charm is how he connects with his fans — or supporters as he would call them — because they relate to him to so strongly for one fundamental reason: He’s just another brown kid trying to make it.” — Marlene Nunez 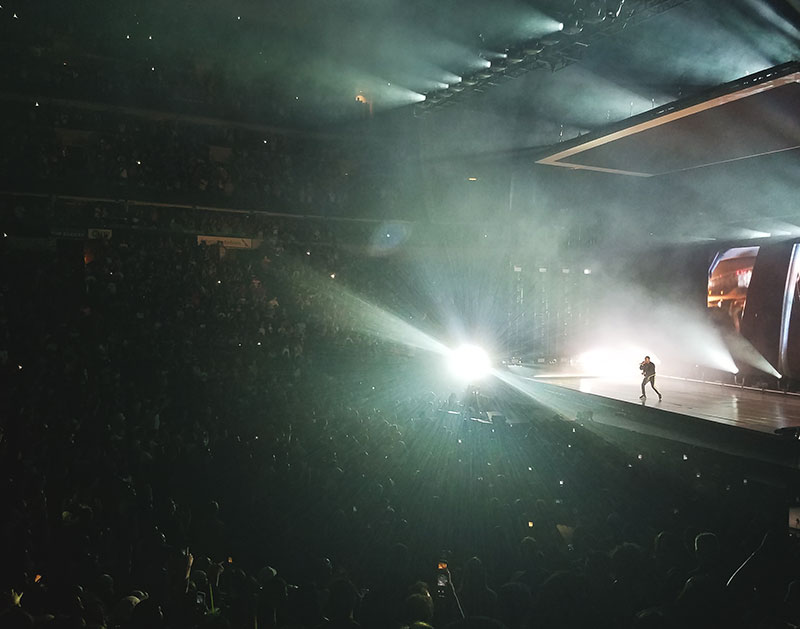 July 14.
Excerpt from review: “He is no doubt a cunning artist, something that his music, beginning with his 2012 true breakthrough release of Good Kid, M.A.A.D. City, has long showcased. And that cunning showed itself here, too: With Lamar at the center, his aforementioned clear rapping abilities were put on a pedestal. In this setting, even with the sound awkwardly reverberating off of the AAC’s walls at times, his voice was enthralling and its percussive characteristics were given their due highlight. Lamar knows his own talents well, too, and he used his body to punctuate his vocal proclivity — a fist bump here, a shoulder bop there — like a maestro leading a symphony.” — Pete Freedman 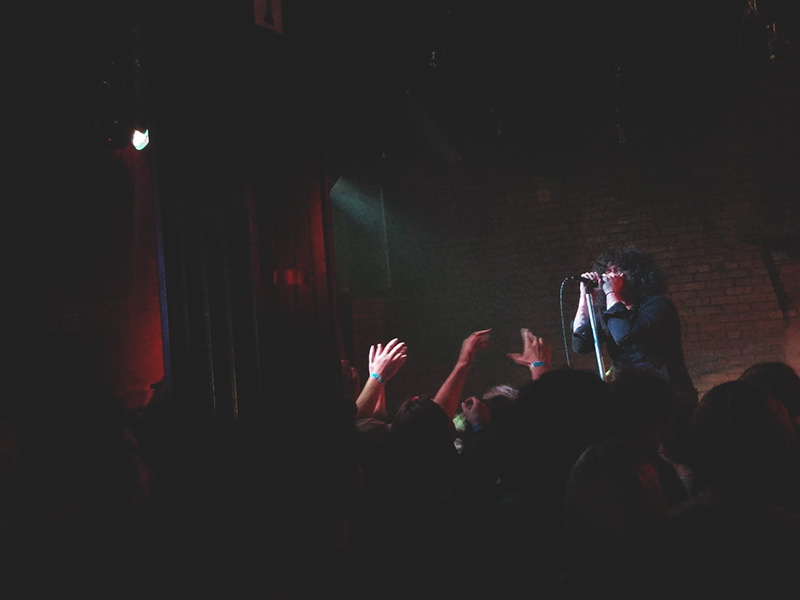 March 14.
Excerpt from review: “This show seems destined to become one of those where far more people than could ever cram into the space will falsely claim to have been there for years to come.” — Pete Freedman 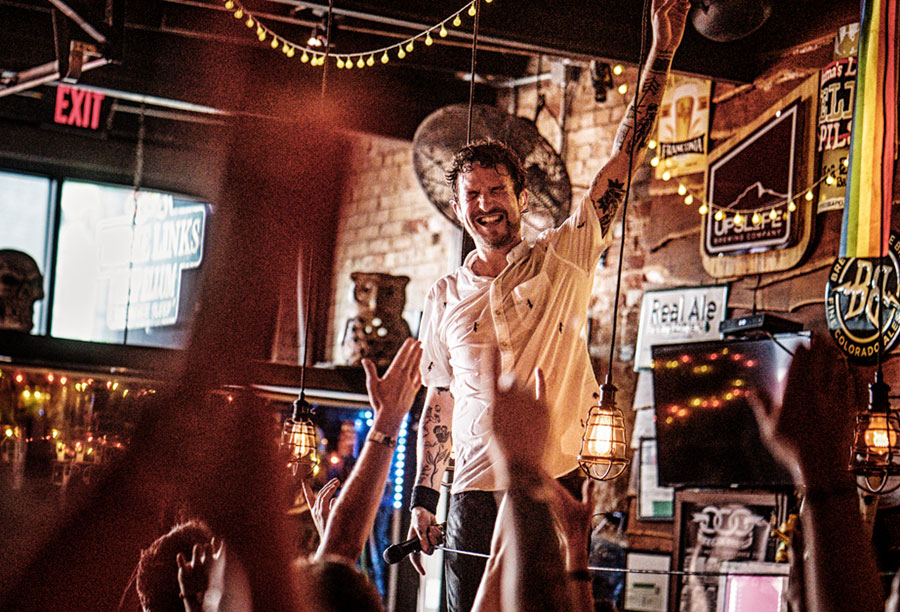 September 23.
Excerpt from review: “For two hours and more than 20 songs, and with the sun still shining bright, Turner and his agile band made the best of an unfortunate situation, captivating this nuts-to-butts space with the kind of show that’s too rarely seen nowadays — a bare-bones effort that highlighted musical chops, songwriting mettle and stage presence above all else.” — Pete Freedman