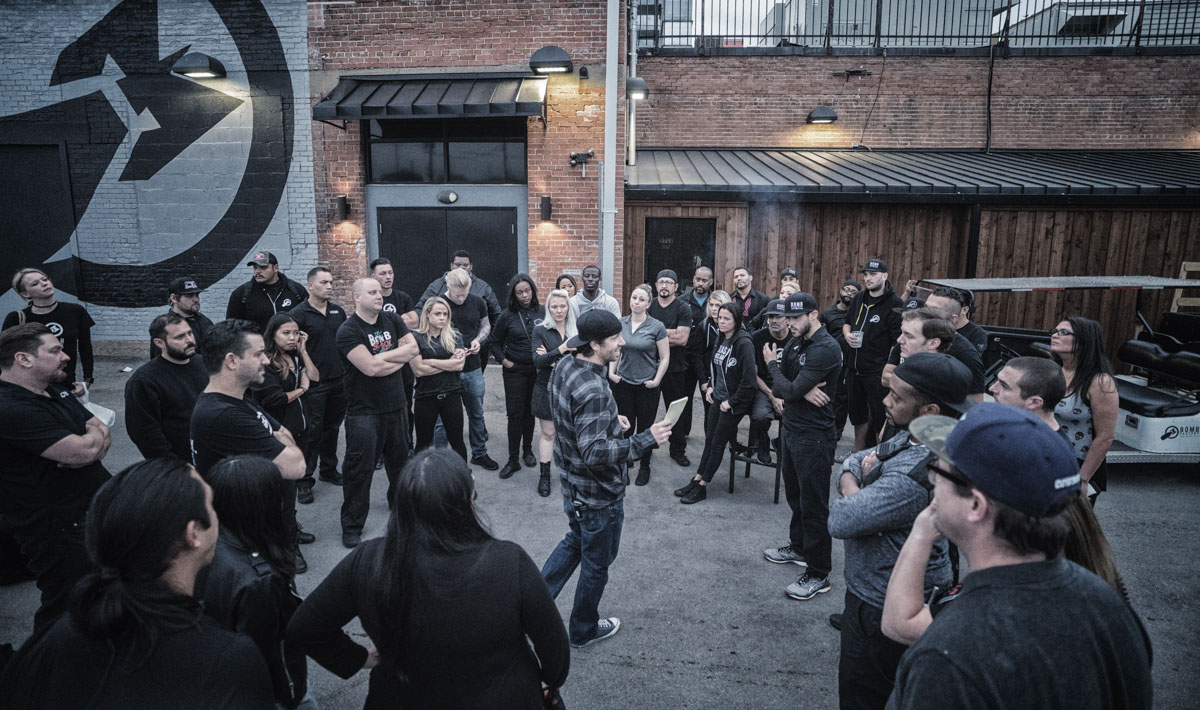 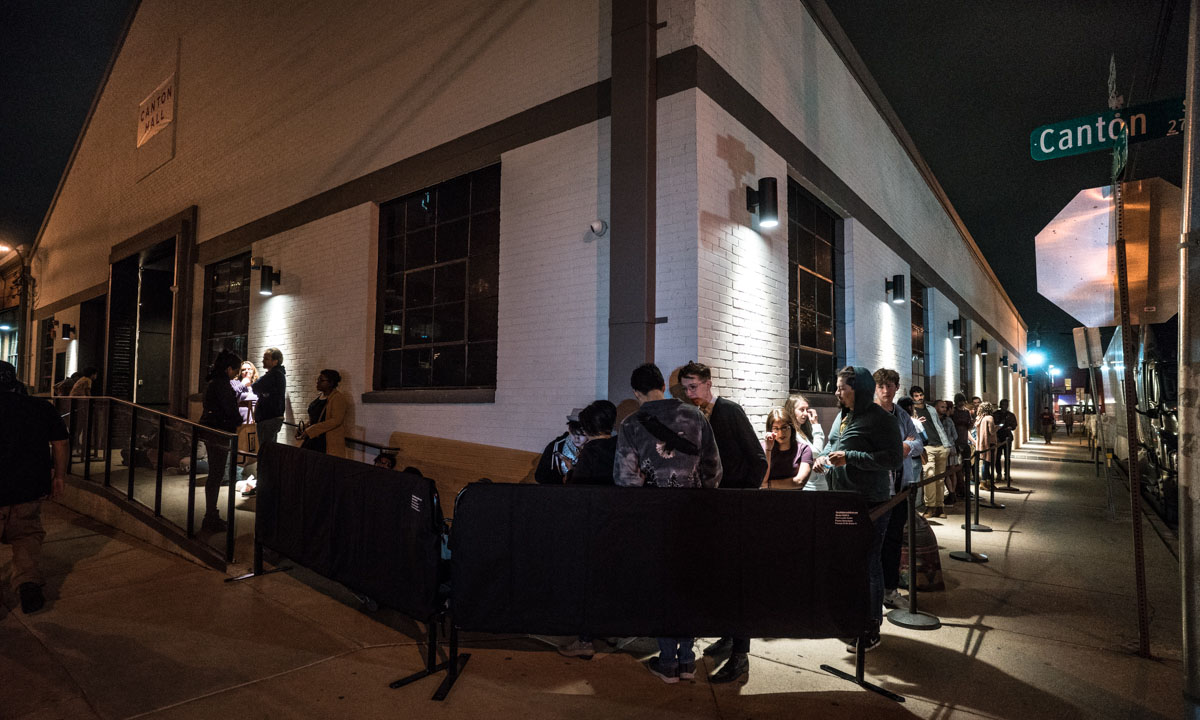 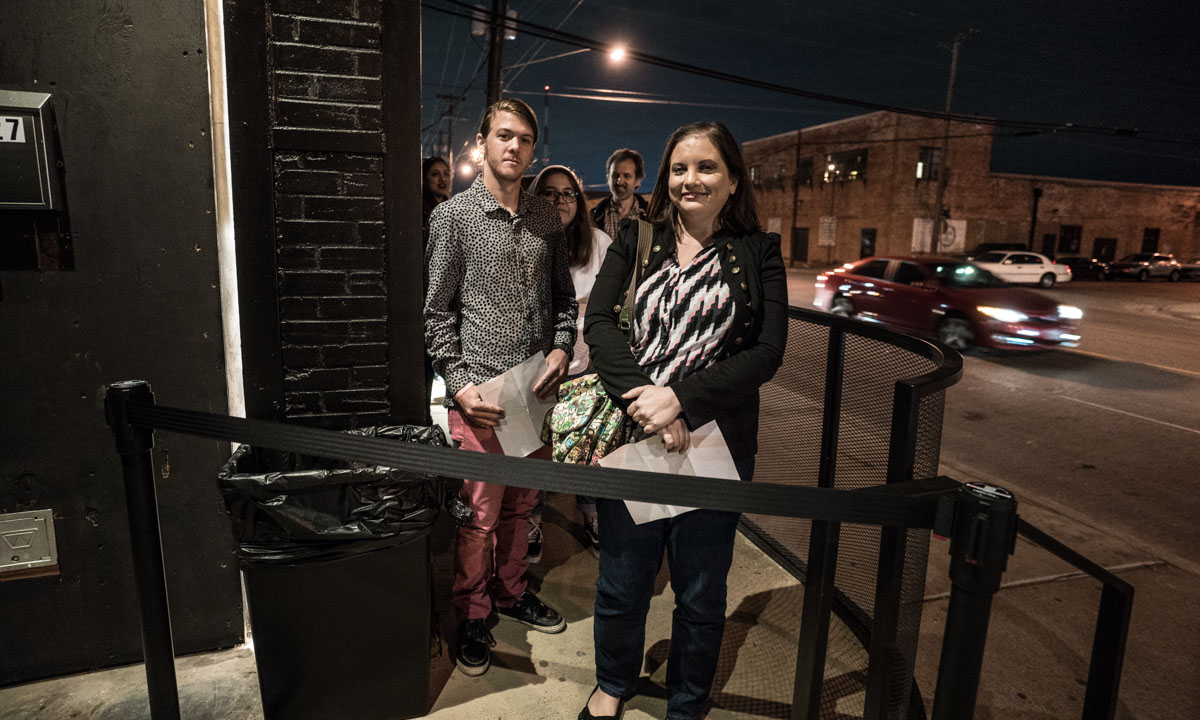 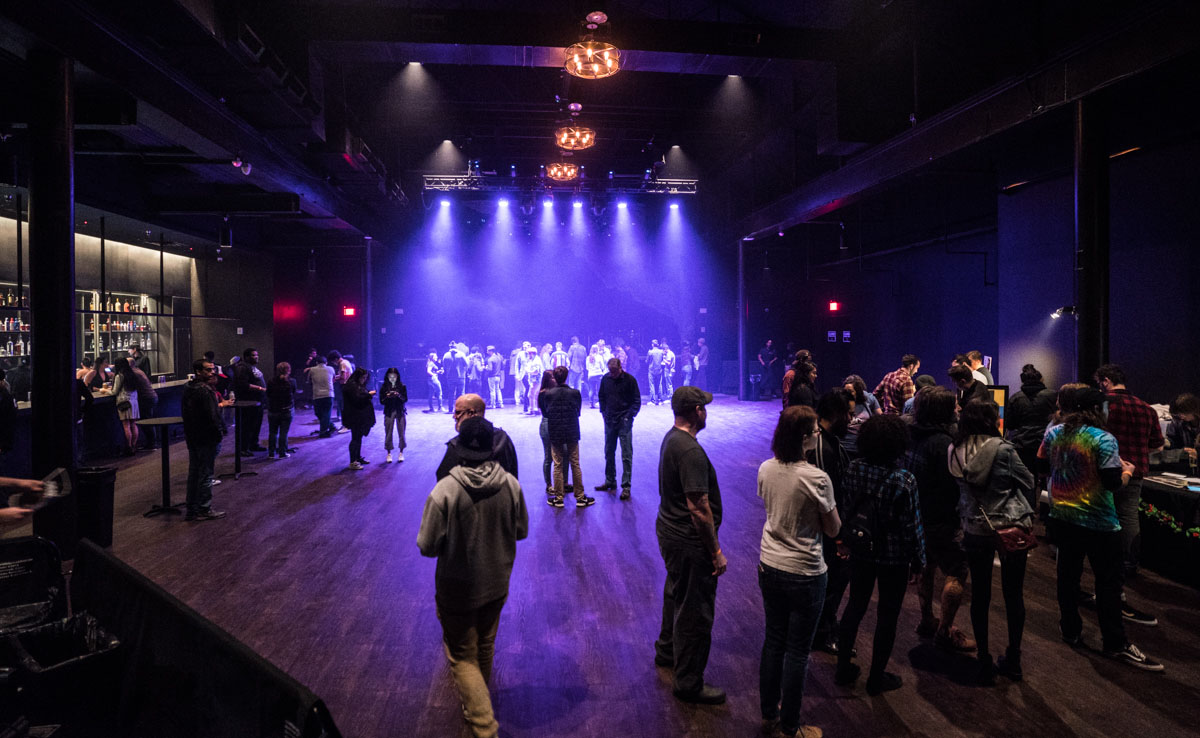 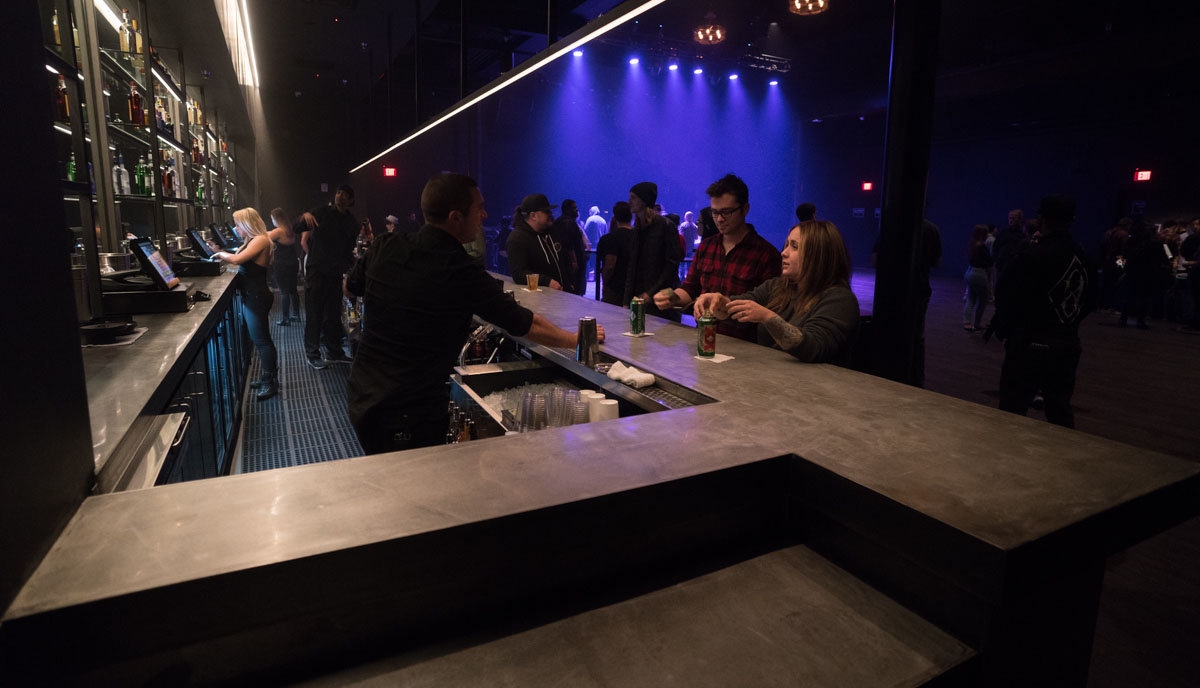 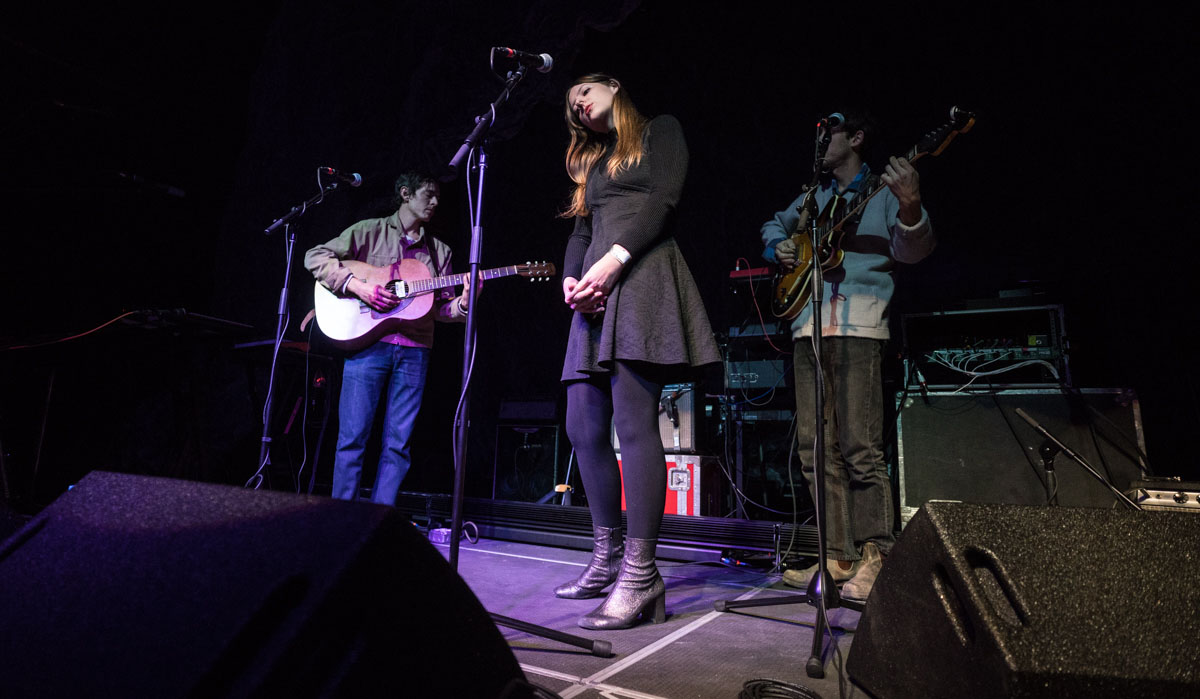 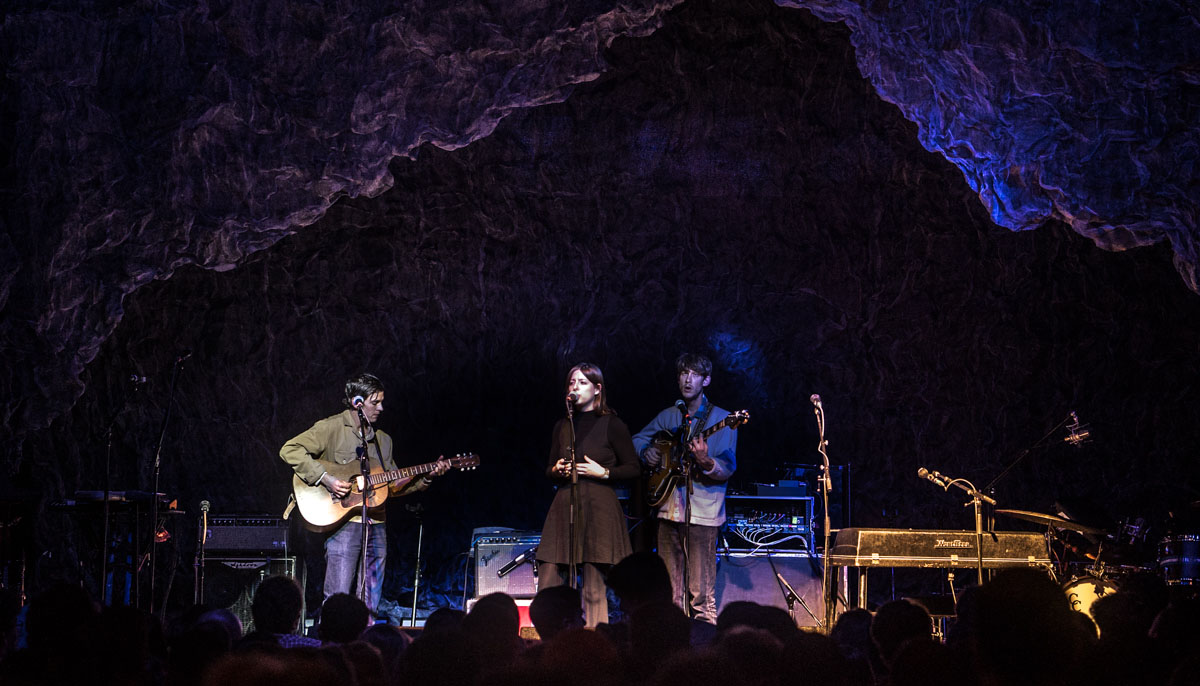 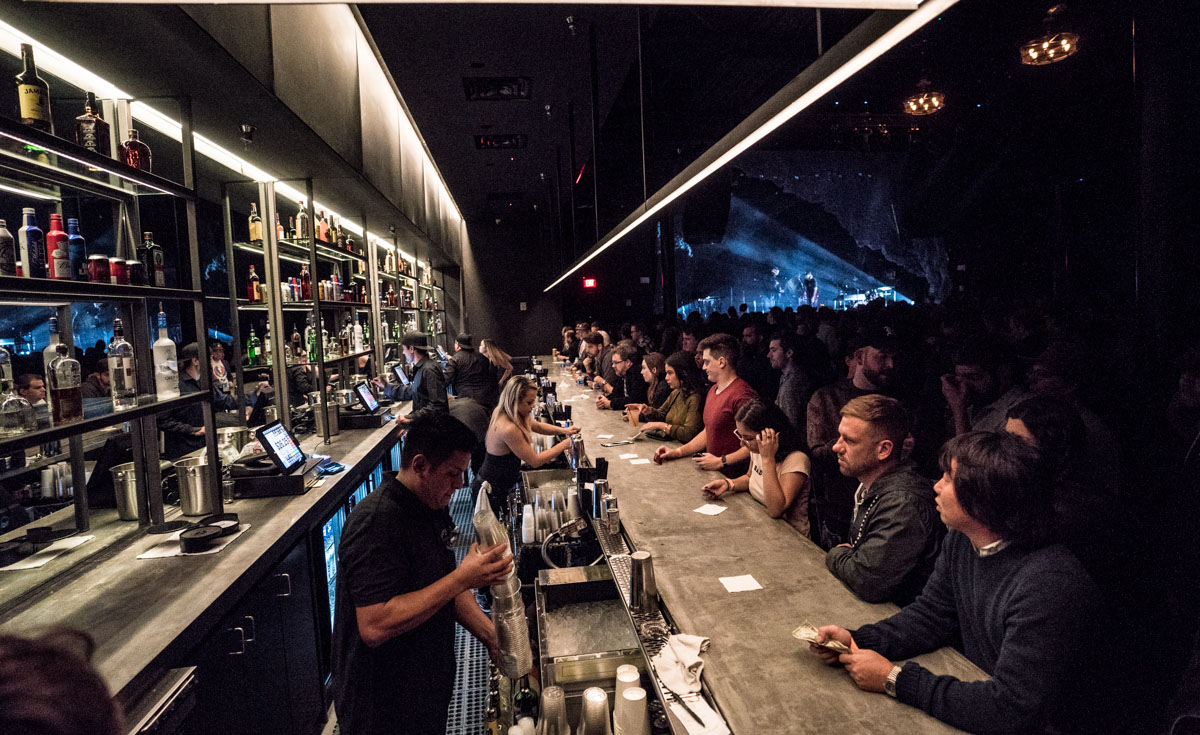 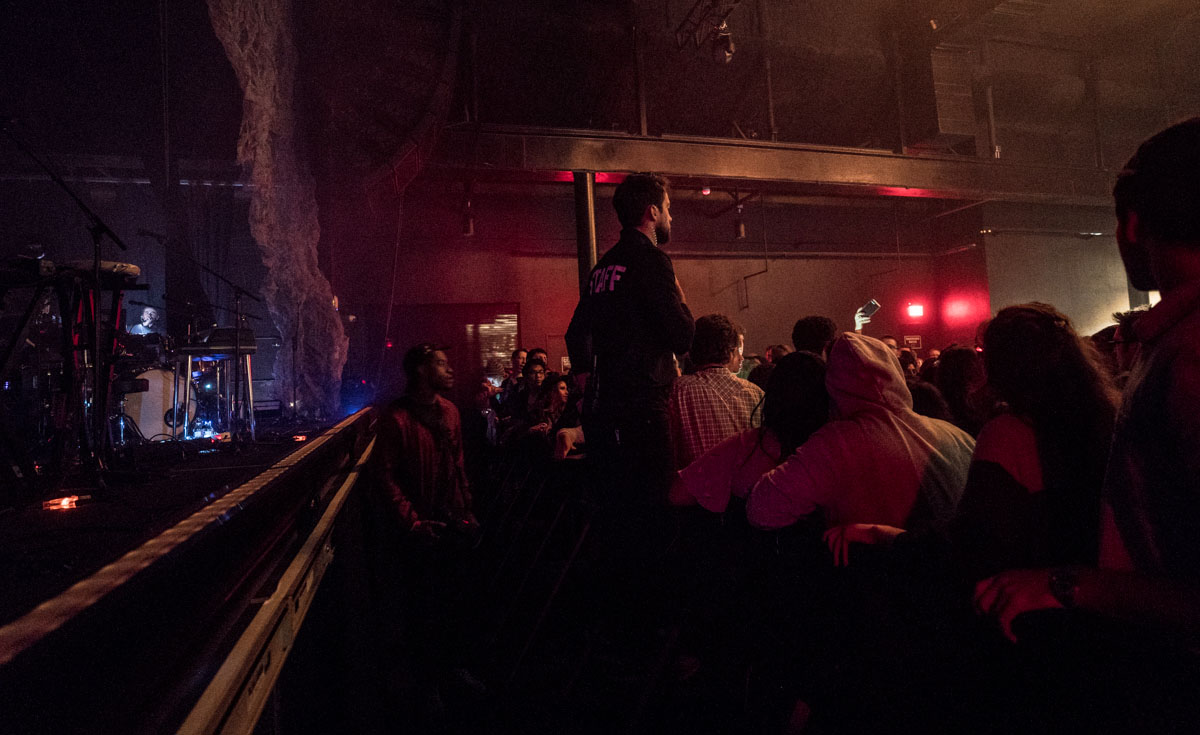 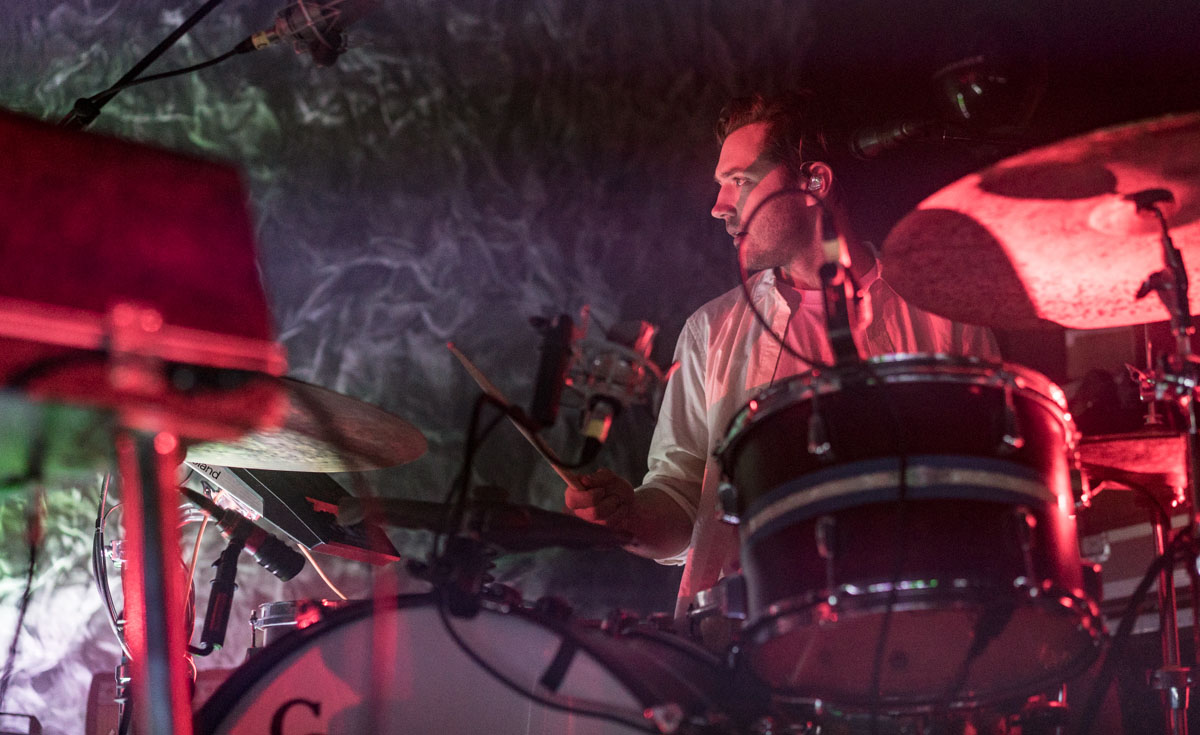 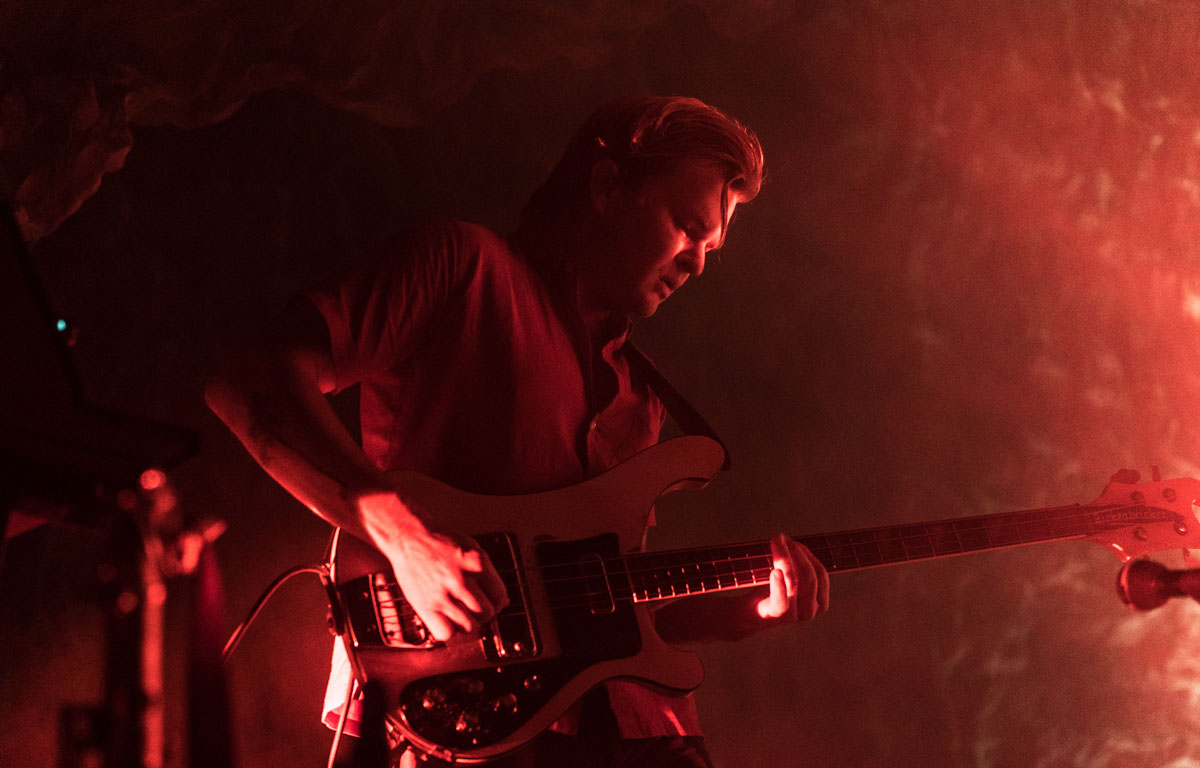 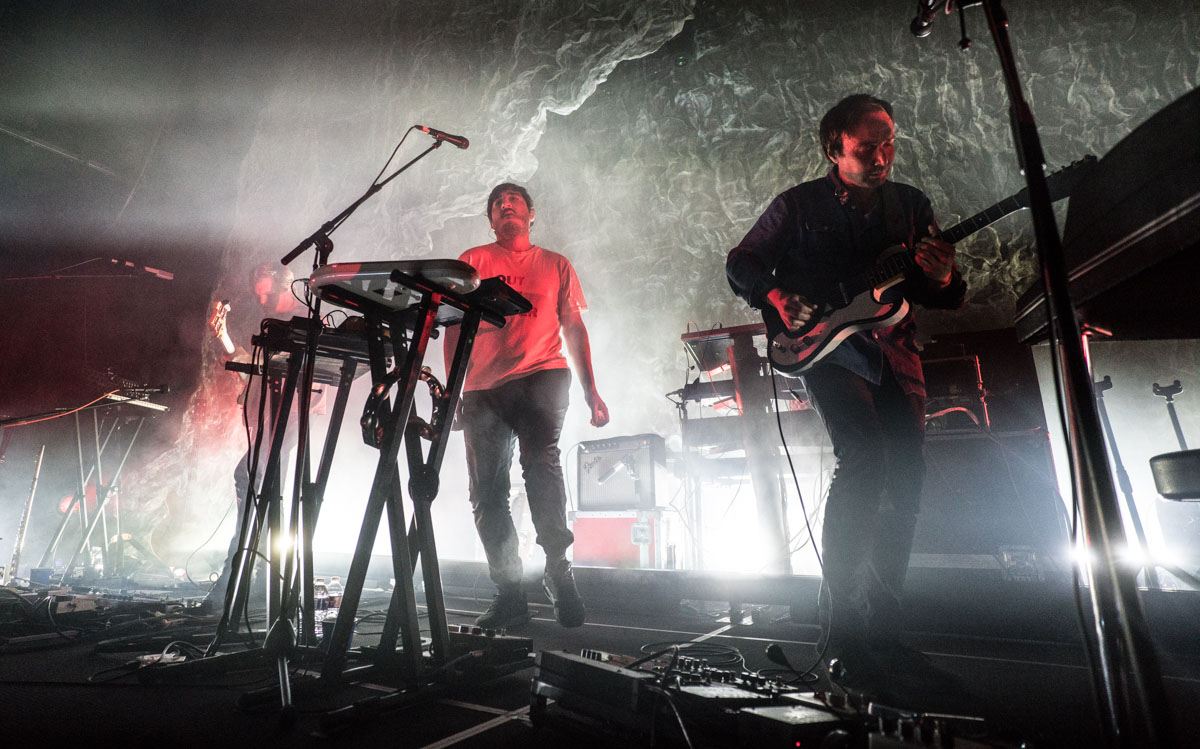 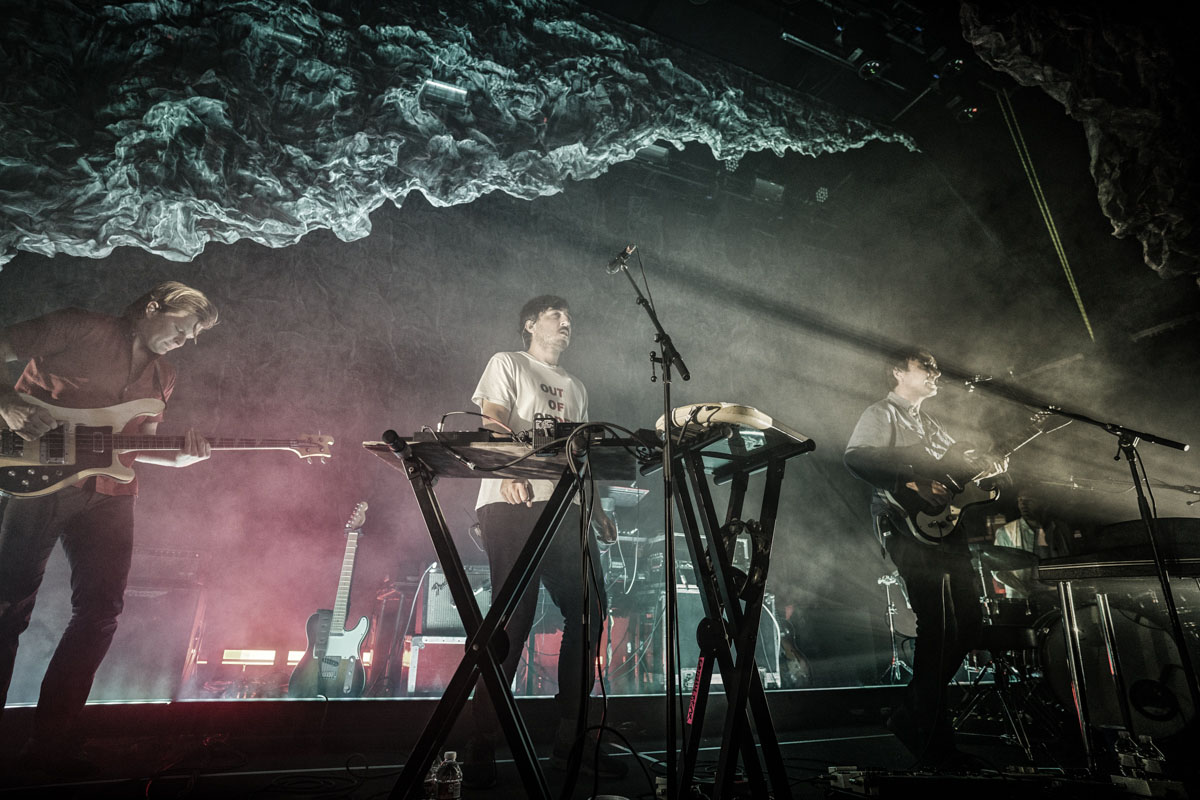 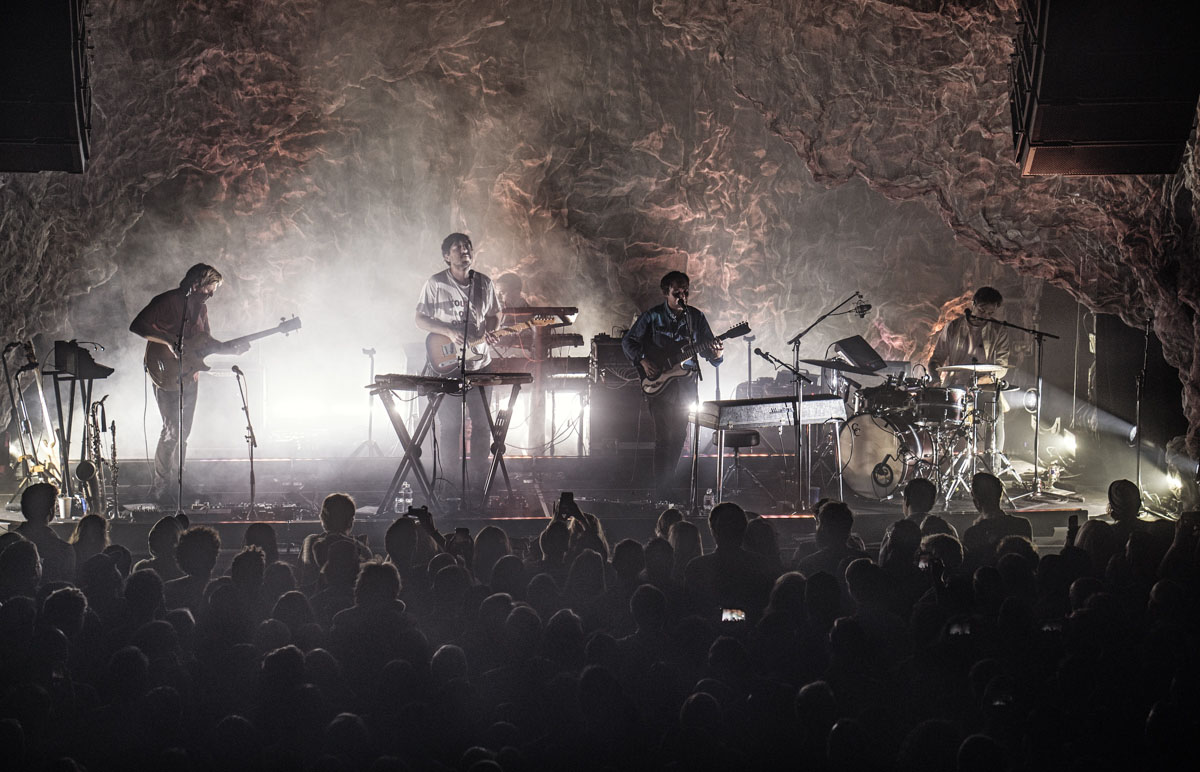 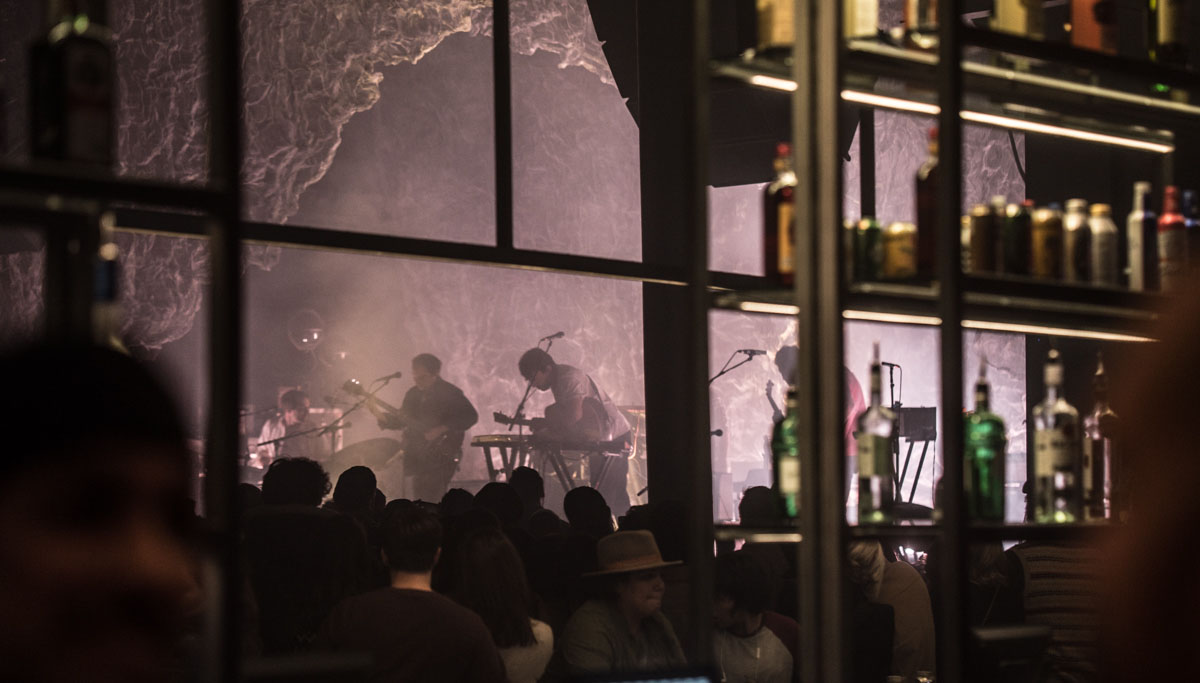 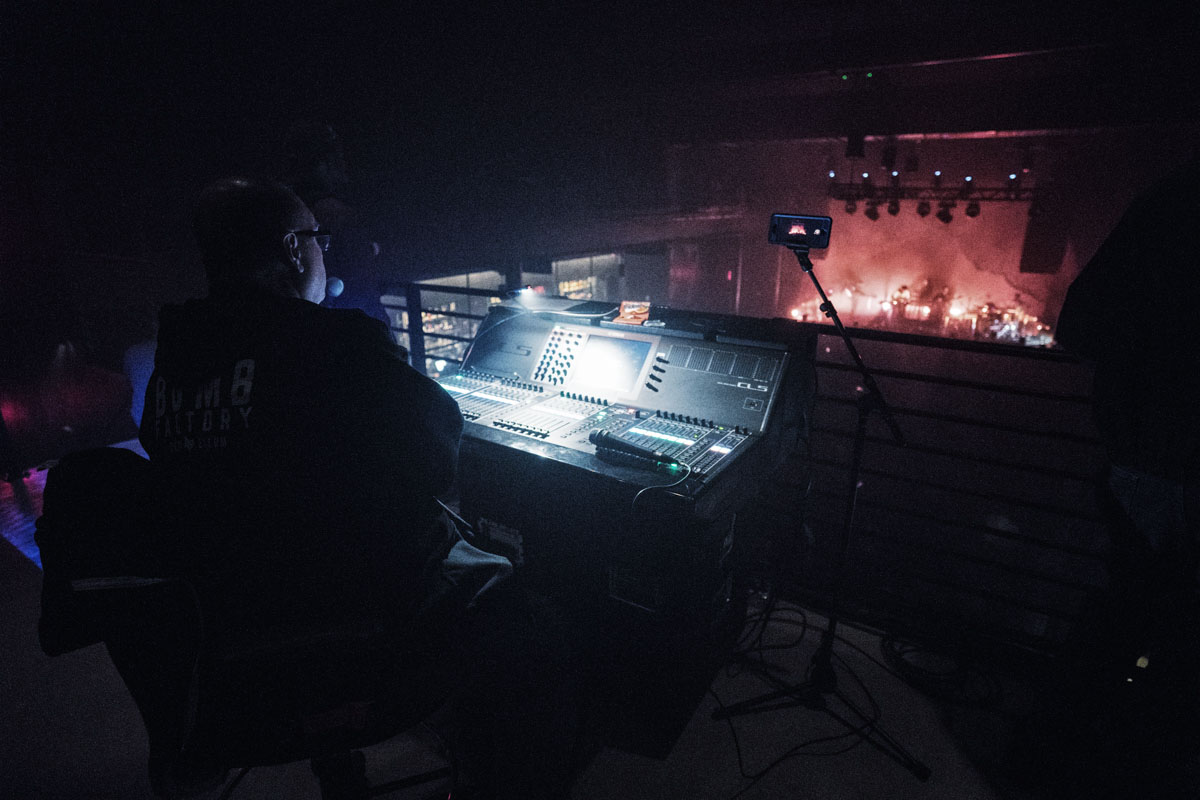 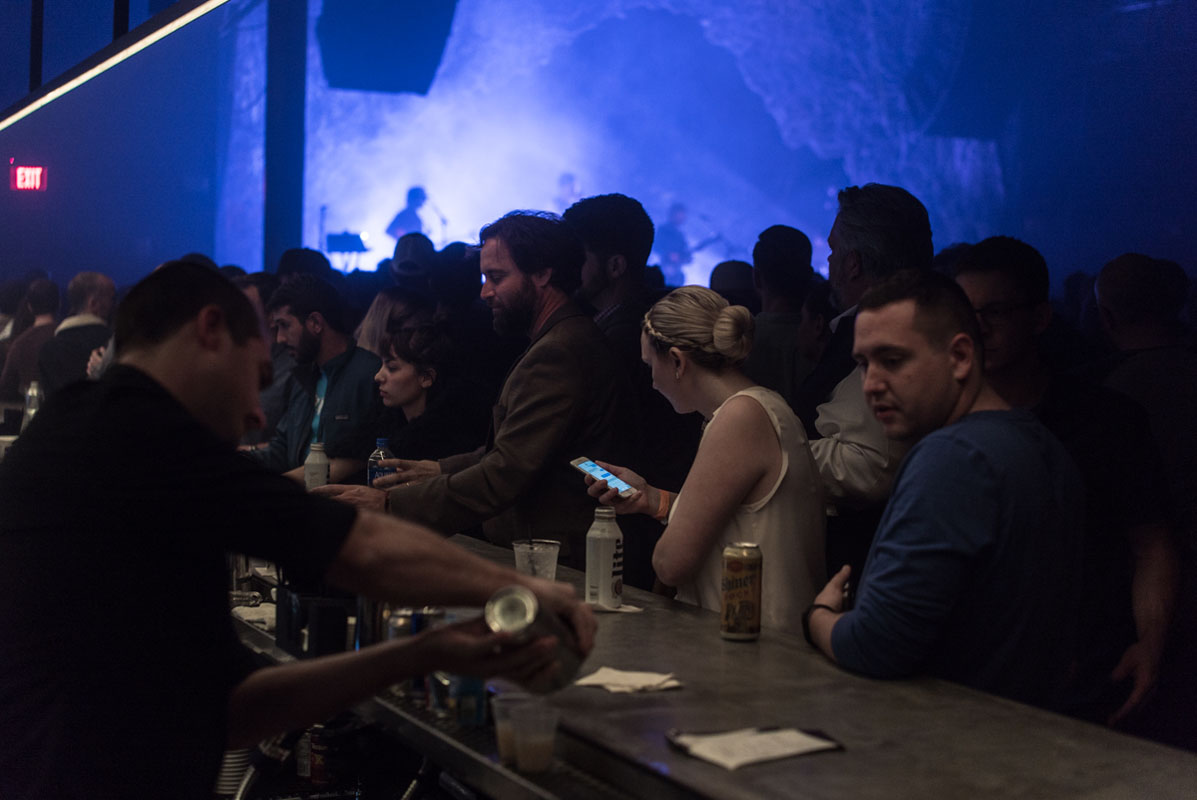 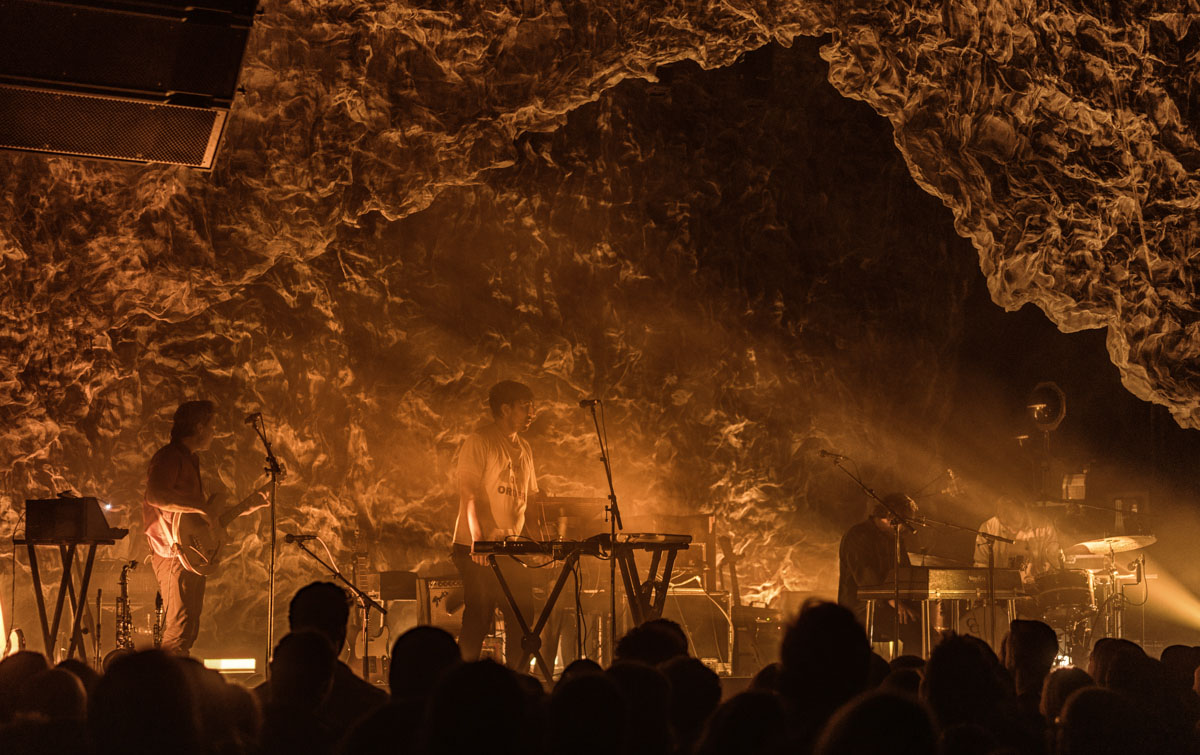 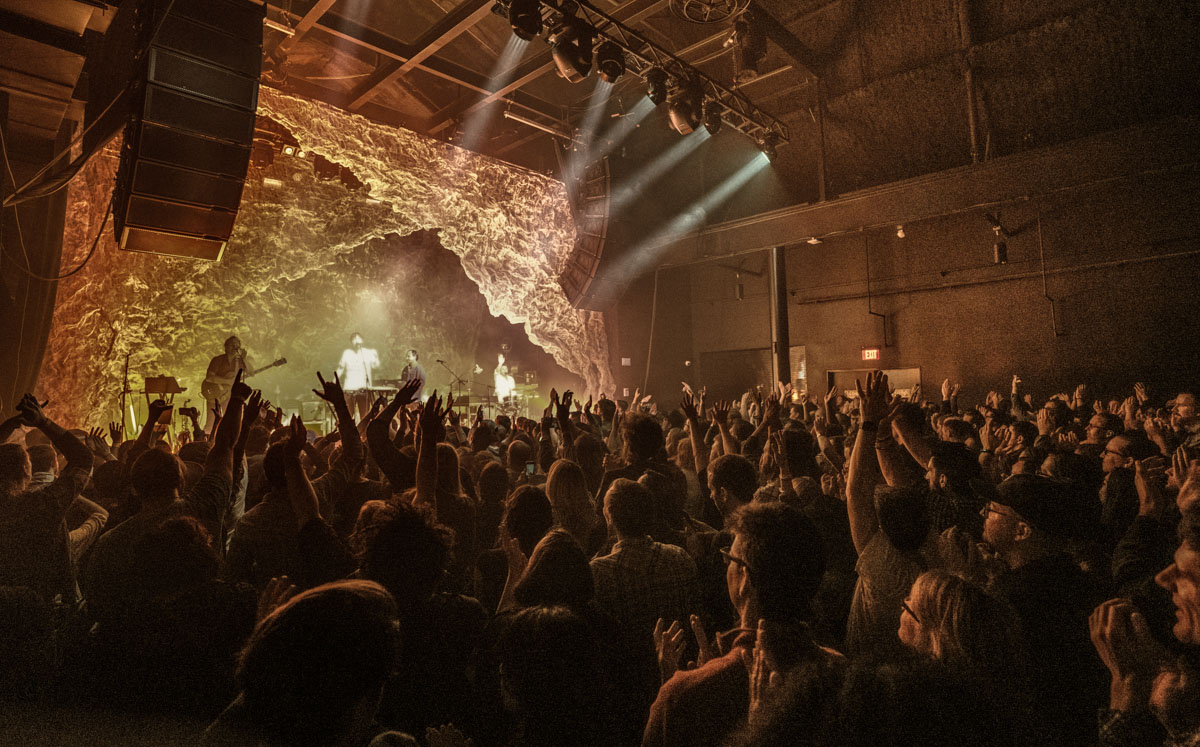 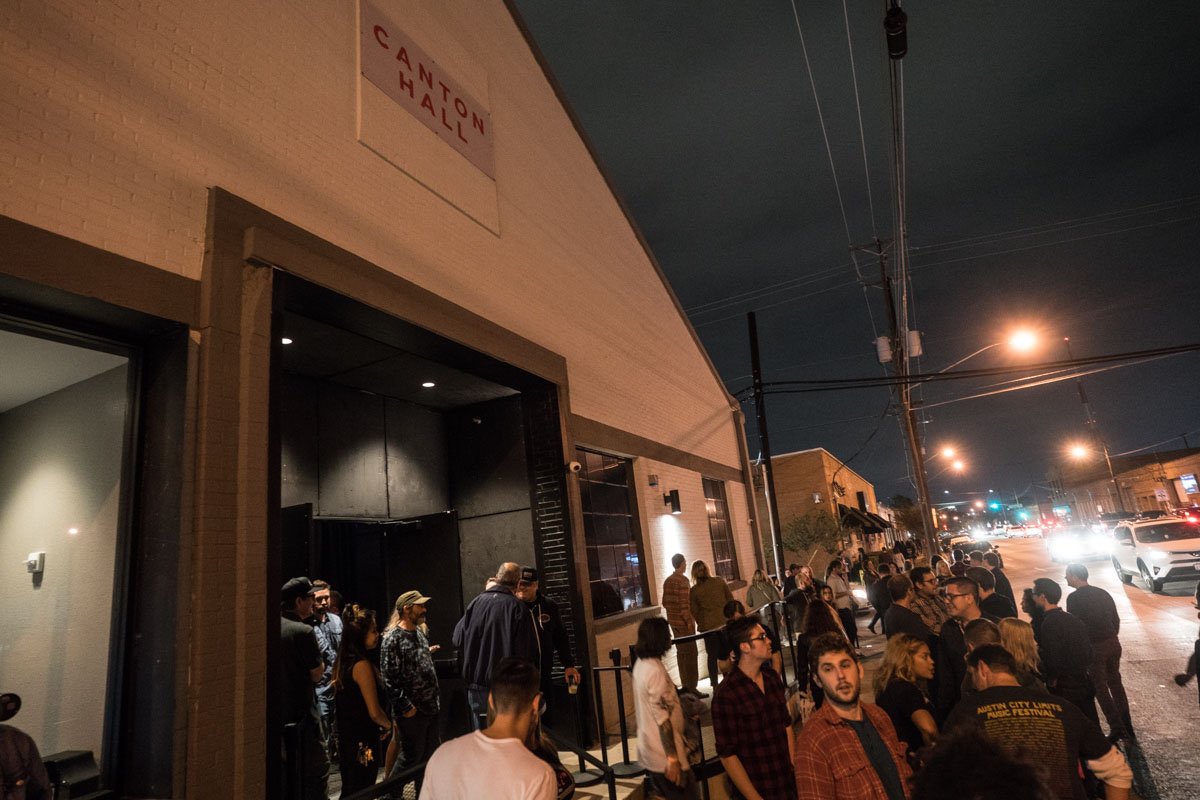 Toward the end of his band’s stellar set at Deep Ellum’s newest music venue on Saturday night, Grizzly Bear frontman Ed Droste took a moment to acknowledge that, lest anyone in the house was unaware, this show was a special one despite its mostly business-as-usual presentation.

“We’d like to thank Canton Hall for having us on their first night ever!” Droste said to cheers from the crowd, while also revealing that his band, critically acclaimed essentially since its formation in 2002, had never before been tasked with the honor of opening up a new room. “This is a first for us, too.”

For its part, Grizzly Bear, performing in support of this year’s new Painted Ruins LP, wasn’t even originally slated to play in Dallas until its appearance at the Sound on Sound Fest in Austin was canceled in October and this date was announced as a make-up offering of sorts along with one taking place the night prior at Austin’s ACL Live.

Canton Hall, meanwhile, had tentatively planned to open its doors on Halloween night before it announced that construction hold-ups would delay its opening some.

But all worked out quite well in the end. And perhaps that much should’ve been anticipated.

At this point, it’s safe to assume that Canton Hall’s owners and operators know what they’re doing. This room, after all, is the third reclamation project from the married tandem of Clint and Whitney Barlow after successful revivals with Trees and The Bomb Factory. And though, unlike those other two efforts, this space at 2727 Canton Street that was once known as Deep Ellum Live comes packaged with a new name, the game essentially remains the same for the proprietors — to create a top-notch, versatile space capable of hosting events both ticketed and private alike.

With Canton Hall, the Barlows and their team certainly seem to have accomplished that — and without opening their doors as the space is still smelling of fresh paint, no less. The 1,150-capacity venue is, essentially, just a big ol’ rectangle, albeit a smartly configured one. A bar runs the entire stretch of the room’s left side, allowing for convenient concessions. Meanwhile, the right side of the space, which runs up along Crowdus Street, boasts a garage door near the stage for load-in, am outside smoker’s patio accessible by door near the middle of the room, and bathrooms in the back corner. The venue has also optimized its floor space: While Grizzly Bear chose to use its own sound system on this night and to place it in the back left of the room, most shows will be sound engineered from a mezzanine perch in the very back of the room, opening up even more space through which showgoers can roam and merch tables can be arranged. Also important: The venue’s stage stands at least four feet tall, allowing for fairly easy viewing despite a flat floor; it also clean sight lines throughout, thanks at least in part to the fact that there are no load-bearing poles to support a roof or a balcony in this room like there are at Trees and Bomb Factory.

Mostly, Canton Hall feels like the perfect middle-ground between its owners’ other venues. It carries the intimate feel of Trees along with the clean design and agile layout of Bomb Factory. In other words: It feels like another winner.

On its opening night, Canton Hall also flexed its audio capabilities. Both Grizzly Bear, known for its intricate and sometimes complex indie rock arrangements, and opening act Molly Burch, whose folksy singer-songwriter fare is best described as delicate, sounded crisp and clear over the course of their sets. Makes sense: Instead of buying a new sound system for this new room, the team behind the Trees-Bomb-Canton troika recently installed a new system at the Bomb Factory and moved the old Bomb Factory speakers to the new spot, where the system is more than able to fill a space that’s barely a quarter of the other room’s size.

In the coming months, Canton Hall will continue to be broken in with a spate of varied offerings that takes full advantage of the fact that it’s the only venue of its size in Deep Ellum. Those not in attendance at this past Saturday’s show will get their next chance to see the space at this coming weekend’s Oaktopia Festival, which will take place not just at Canton Hall but also across its Trees and Bomb Factory sister venues on Friday and Saturday night.

At the time of this writing, here’s a rundown of Canton Hall’s announced offerings:

Tickets to each of those can be purchased here. Of course, given how smoothly Saturday night seemed to go (it no doubt helped immensely that the venue was staffed with familiar faces from its sister spaces), the smart money is on expecting more shows to be added to Canton Hall’s schedule soon.