East Dallas Family Gets A Lawn Full Of Bikes. 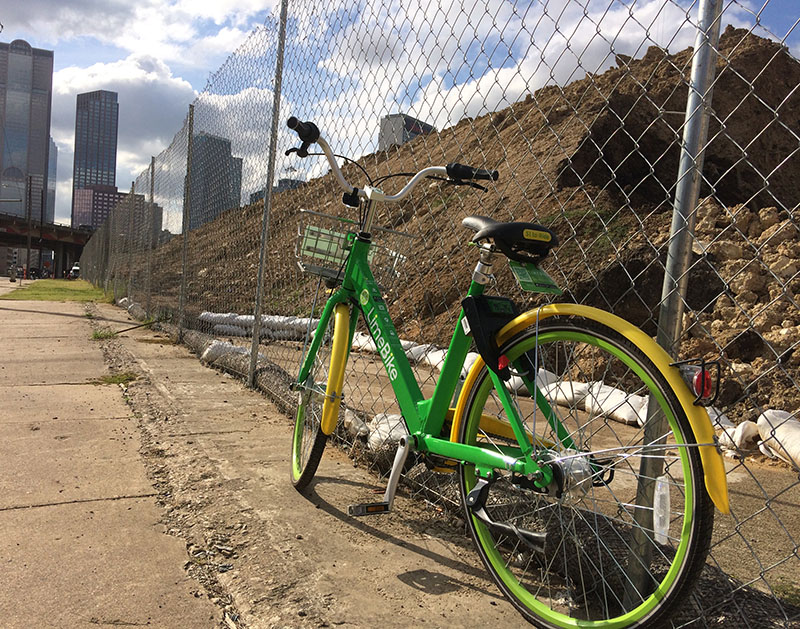 A Family In East Dallas Woke Up To One Heck Of A Present On Christmas Day — A Lawn Full Of Green Bikes From Bike Sharing Company LimeBike.

At first, pranksters used toilet paper, crank calls and stink bombs to get their laughs. But now it seems they’ve moved to a more environmentally conscious product: bicycles, and, more specifically, bikesharing bikes.

One of the first victims of the prank to make the news was the Hale family of East Dallas. The members of the family woke up on Christmas Day to find that their front yard had become just like seemingly every sidewalk in Dallas — full of bikes from bikesharing companies.

“My son came outside to use one of his presents and immediately came back in and was like ‘You’re not going to believe what’s in the yard,’” Ethan Hale told NBC DFW.

A LimeBike crew has since removed the bikes from the family’s lawn, but only after three days and after NBC DFW reporter Meredith Yeomans emailed the company and asked how they planned to respond to the hijinks.

Turns out, the family knows that it was a family friend — an unnamed area comedian — who pranked them.

Regardless, LimeBike didn’t sound too amused with the incident in a statement it gave to NBC DFW: “Sabotaging the bike-share ecosystem is illegal and morally wrong. It is an attack on the overall transportation system in Dallas. Sometimes, these pranks put the lives of our LimeBike operations crew and our city partners in danger when we retrieve the illegally placed bikes.”

LimeBike, after all, is perhaps the most ambitious of the bikesharing companies currently operating in Dallas and the rest of North Texas. As we reported last month, the company was planing on having 5,000 bikes on the streets of North Texas by the start of 2018.

Not only that, but it also wants to open a field office in Dallas proper to enhance its profile in the city and serve the growing demand for its services, meaning that it probably wants to be taken seriously.

What that expansion likely means for Dallas is less cars on the road and cleaner air (in the long run).

But it also means more bikes everywhere — including your front yard.