You Can Vote For A New Dallas Skate Park On Tuesday. 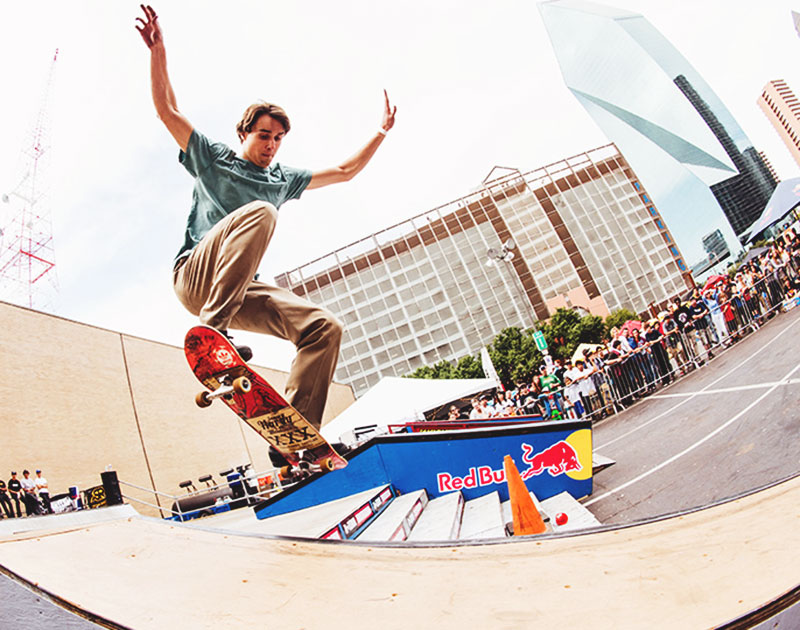 $4 Million In Funding For A Signature Public Dallas Skate Park Hangs In The Balance Within Prop B’s Request For $262 Million In Citywide Park Improvements.

Dallas, a city of 1.3 million people, has all of one skate park.

But that could change in the coming years if tomorrow’s special election goes the way Dallas skate park advocates are hoping it does, as Proposition B’s passing would mean $4 million being set aside for the planning, design and development of a major skate park in Dallas proper.

The desire for a new and concrete park already exists in town, says Leong Lim, who handles planning and site development for the Dallas Parks Department. And the passage of Prop B, he adds, represents a golden opportunity for Dallas to start catching up to other major cities.

“If you look at all the big cities, they all have decent skate parks,” Lim says. “Dallas is so far behind in this respect.”

Take, for example, San Antonio. Our neighbor to the south has only about 200,000 more people living within city limits than Dallas does, and yet it boasts 14 skate parks around the city. As it stands now, Lakeland Hills Skate Park, which offers a cushioned, sound-proof course and opened in 2007, is Dallas’ only public skate park.

But a decade is a lifetime in the world of skate parks, and Lim says the Lakeland Hills Skate Park is more than dated — its wear and tear is showing. Now, following years of requests for a skate park and fielding countless calls from people asking where they can skate in Dallas, Lim says the city has a unique opportunity to force skateboarding into future plans — and in a responsible manner, at that.

“People are skating downtown, and now stone monuments and benches are damaged,” Lim says. “But you can’t blame them because they don’t have a place to go, so they go to where skating is not permitted.”

Now is the perfect time to build a skate park in the city, says Dallas Parks Foundation board member Nicholas DiCarlo, who has recently been advocating for a new park on the Skate Parks for Dallas group’s behalf.

“It’s a moment in time when there won’t be a ton of resistance,” DiCarlo says. “Most people are surprised that there aren’t more parks in town already.”

He’s eager, too, to see how a new skate park could be incorporated into community events.

“People immediately start having ideas for events that could be done at a city skate park,” DiCarlo says.

Of course, even should the proposition pass and the bonds be authorized, the realization of the skate park is still a way’s away. According to Lim, the parks department is eyeing a tentative 2020 completion date — after a comprehensive studies on placement, followed by planning, development and construction.

If he had his druthers, though, he knows where he’d choose to put a park: Like Skate Parks for Dallas, he sees the Bachman Lake area as a perfect fit.

“A lot of times, neighborhood associations don’t want those things [like skate parks] close to the neighborhoods — because of the noise,” Lim says. “But Bachman is [already] a signature park. There’s already a lot of activity there, and the airport is nearby. It’s an ideal situation.”