A Wrinkle In Time Looks The Part — But Not Much More. 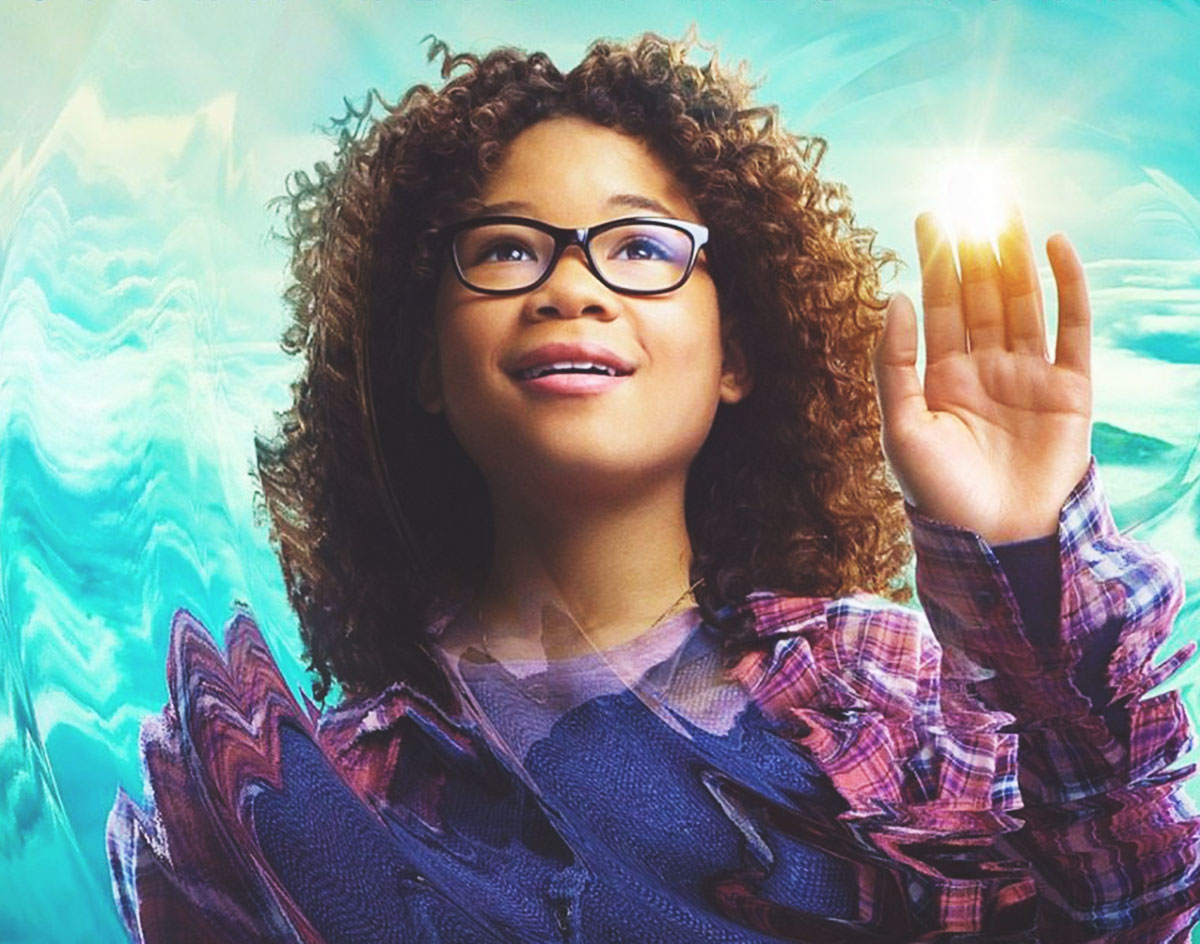 By Telling What It Should Show, The Hotly Anticipated A Wrinkle In Time Ultimately Wastes Its Glorious Visuals On A Plot That Lacks Heft.

Since its release in 1962, Madeleine L’Engle’s young adult novel A Wrinkle In Time has captured the imaginations of curious youth, exciting young readers with its sprawling tale filled with incredible creatures, alien planets and heroes with whom they can relate.

So why, then, does director Ava DuVernay’s film adaptation of that same tale, which features all those same elements, fall a little flat? Well, it’s certainly not through much fault of DuVernay’s own, really, as she does a gamely job of doing the best with what she’d given.

In the film, young protagonist Meg Murry (Storm Reid) is a former prodigy at her school who these days finds herself bullied for her eccentricities while at school, and in a strained relationship with her mom at home. Meg’s only real connection is with her younger brother Charles Wallace (Deric McCabe) and her classmate Calvin (Levi Miller), who has the biggest crush on her. So what’s the reason for Meg’s angsty turn? Well, her father (Chris Pine) mysteriously disappeared four year ago as he and Meg’s mother (Gugu Mbatha-Raw) were working on unlocking the mystery of interstellar travel by “wrinkling” the time and space between two points — a theory that Meg and her friends discover to be real upon being recruited by a trio of galactic women (Mindy Kaling, Oprah Winfrey and Reese Witherspoon) to fight the evil forces who, it turns out, have been holding Meg and Charles Wallace’s dad captive this whole time.

So begins one of the trippiest mainstream PG-rated films ever created, but — rather unfortunately given all of the hype surrounding this one — not one of the best.

Credit where it’s due: DuVernay’s visuals here — based on some truly bonkers concepts from the novel — are damn impressive. At one point, the kids have to get clues from living flowers that speak through sound. Later, there’s a wonky CGI flying creature that’s also a leaf? Oh, and let’s not forget the six-stories-tall Oprah who walks around on screen for a good 20 minutes. That stuff, as with most everything in the film, is a delight for the eyes — the kind of visuals that will stick with children of a certain age for a lifetime, much in the same way that the eye candy from movies like Labyrinth and The NeverEnding Story has stuck with children of the ’80s.

The issue, rather ironically, is that for all of A Winkle In Time‘s visual splendor, the movie sure wastes a lot of time telling audiences what it’s about instead of showing it. In order to try and fit the entire intricate storyline of the novel into the film, Oprah’s Mrs. Which is asked to explain to the young leads both the history of and way to topple the plot’s antagonist — called “IT” — in an especially lengthy exposition that, while pushing the plot forward, strips it of any real dramatic tension. Aside from one particularly freaky scene teased in the trailers for the film, the audience is mostly asked to accept that IT is bad because the movie tells them it is.

The fault here lies not in the acting (Reid is particularly impressive in the lead role) or even its direction (DuVernay’s stylistic flares are what keep the movie interesting despite the story). While A Wrinkle in Time is very much the celebration of inclusivity that it promised itself to be — DuVernay made sure to have a diverse cast and crew that prominently featured women and minorities — the film falls short of the achievement it was expected to be because of what is clearly a sorely lacking script.

It’s still a film worth celebrating. It’s just too bad it’s not deserving of an especially massive celebration, is all.