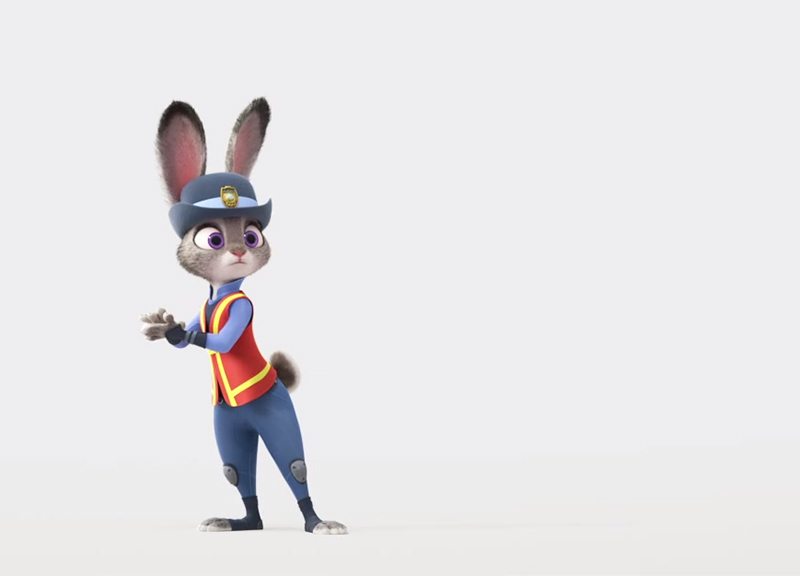 For the longest time, the Disney-owned Pixar Studios was the king of the hill in the animation game. But recent times have found Pixar’s position at the top getting a little less stable; its lackluster original efforts and reliance on sequels have been slowly wearing away at the studio’s once-impenetrable armor. Now, with Zootopia, it seems that Disney Animation Studios is looking to pick up Pixar’s slack.

Zootopia imagines a world of evolved, wholly personified animals that can talk, that have jobs and that, according the film’s marketing at least, love to take selfies. They’re essentially human, except they’re covered in fur (and, uh, animated).

Of course, there’s some plot, too. We follow Judy Hops (Ginnifer Goodwin), a highly motivated rabbit from a carrot farm who dreams of making it big as the first rabbit police officer of Zootopia, a sprawling metropolis. Alas, Judy can’t seem to catch a break and is given an ultimatum as soon as she joins the force: solve a missing otter case in 48 hours or quit. When it seems that there’s more to the case than meets the eye, she teams up with a fox con artist, Nick Wilde (Jason Bateman), who helps her navigate the murky underbelly of the city.

On the visual side, this is a really well-animated movie. The characters feel and move dynamically like hand-drawn characters, and their facial expressions help sell some emotional scenes toward the film’s end. But the biggest joy is seeing the City of Zootopia itself: It’s divided into various districts all with distinct weather patterns where certain animals will be more comfortable; there are smart little touches in the design too, like how the trains have three different size doors to accommodate everyone from giraffes to mice and how a smoothie stand run by hamsters has a pneumonic tube so a giraffe can get its drinks.

And the fact that the movie revolves around a missing persons mystery doesn’t deter the movie from being surprisingly funny. There’s humor to be had most everywhere here, from the weird stuff that happens in the background to seeing the way Judy and Nick interact. The way these two characters’ relationship evolves naturally and charmingly also goes a long way toward making the audience care about how their story will pan out. They’re a fun “odd couple” pairing, and neither conforms to archetypes. Judy, while new to the city, is no fool, constantly outmatching Nick in clever ways that show her wit. Nick, on the other hand, isn’t just a shady-but-lovable dud; he’s got depth beneath the sly remark and sass.

Still, the most surprising thing about Zootopia is that it’s an allegory — intentional or no — for the racial tension of our real-life modern times. While Zootopia (the city) has the motto that you can be anyone and anything, it quickly becomes apparent that many animals are constantly discriminated against for either being too big, too small, a rabbit, a fox or a predator. The theme of discrimination runs throughout the movie and eventually overtakes the mystery plot. As Judy and Nick uncover more and more clues to their missing otter case, they stumble upon a plot to incite tensions between the predators (lions, panthers, etc.) and prey (sheep, gazelles, rabbits and so on) by playing up the stereotypes of how the “savage nature” of predators makes them dangerous to be around.

No doubt there will be numerous think pieces penned about the effectiveness of this film’s approach to race relations. My guess is that kids will understand the metaphor just fine. This is an effective story that teaches tolerance and open-mindedness in a really funny package. Zootopia has a brand of humor and energy to it that’s reminiscent of the animated movies that we all remember from our childhood. It’s got a positive message, a surprisingly good mystery plot and plenty of fun characters that you’d want to hang out with it if they weren’t anthropomorphic animals.