Worker Electrocuted To Death Outside Of Lizard Lounge. 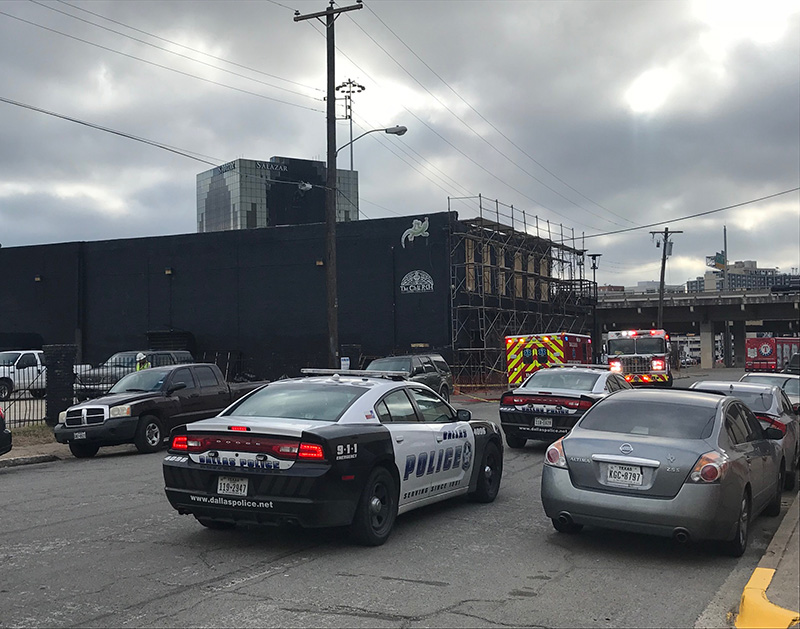 Dallas Firefighters Removed The Body Of A Man Who Died After Touching Power Lines While Working On Famed Dance Club Lizard Lounge On Wednesday.

A man working on scaffolding located at the front of legendary Dallas dance club Lizard Lounge died on Tuesday after he touched a power line and was electrocuted.

Lizard Lounge owner Don Nedler confirms to Central Track that the man was an independent contractor who was working on repairs to the building’s exterior along Swiss Avenue.

According to reports, the man, whose identity has not yet been released by police, was working on the scaffolding outside Lizard Lounge’s front exterior when he came into contact with a power line right above the nightclub and fell as his body went limp. As he fell, his clothing was then caught on the scaffolding, leaving his body suspended mid-air.

Emergency first-responders were dispatched to the scene at around 1 p.m. to recover the body. They began leaving the scene around 3 p.m. Oncor workers were also in the area, working to shut off electricity in order for rescue workers to recover the man’s body.

Sergeant Calvin Johnson of the Dallas Police said the department will soon be releasing a statement with more details.

One detail possibly to be included in that statement is whether this death was connected to the electricity briefly being lost at the DART Pearl/Arts District light rail station at around the same time, according to NBC 5 DFW reports. At the time of this writing, neither DPD nor DART officials have confirmed whether the death on Swiss Avenue caused that outage.

We will update this story as more details come to light.

Allan Hayslip contributed to this report.