What Do The Dallas Cowboys Want With The Music Game? 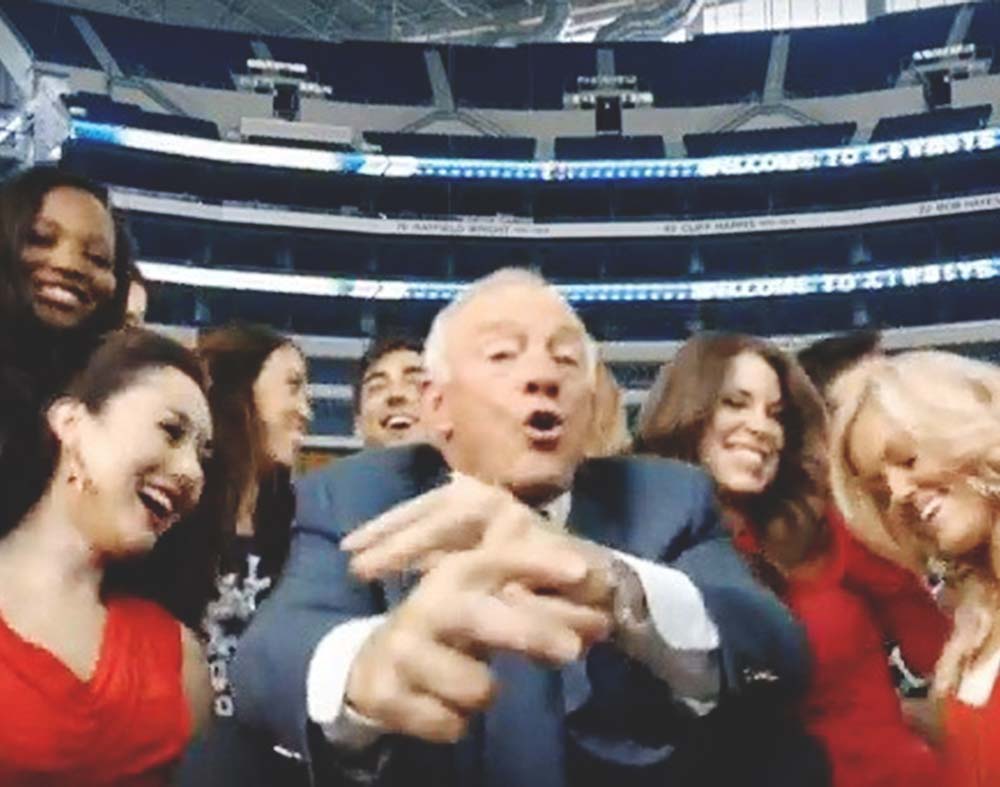 With A Pair Of Upcoming Fests Now In Their Portfolio, The NFL’s Most Valuable Franchise Is Diving Deeper Into Concert Promotions. But Why?

Earlier this year, we reported that the Southern California-based music festival KAABOO had dropped the lineup — a frankly bizarre, something-for-everyone bill featuring such names as The Killers, Ms. Lauryn Hill and Kid Rock, just to name a very few — for its inaugural Texas offshoot, which is slated to take place May 10, 11 and 12 at AT&T Stadium in Arlington.

A few months before that, we noted with intrigue that said festival is going to be presented in partnership with Jerry Jones’ family as a Dallas Cowboys joint. Per a press release the festival circulated at that time: “KAABOO Texas represents the first time an NFL ownership group has ever partnered with a multi-day nationally recognized music and lifestyle event.”

To be clear, KAABOO is definitely not the first time the Cowboys have gotten involved in the music game. But — along with various concerts at its new The Star facility in Frisco (including a grand opening show featuring James Taylor) and, of course, the big-time events at the team’s AT&T Stadium venue in Arlington (including shows from Beyonce & Jay-Z, Taylor Swift and even the 50th Academy of Country Music Awards Ceremony in 2015) — the Cowboys’ involvement with KAABOO is definitely interesting. So, too, is its involvement in Unruly Citizens, a festival featuring rappers Future, Juice WRLD, Trippie Redd, Yella Beezy and more that is scheduled to take place at The Star on Saturday, July 27.

So what exactly is the most valuable franchise in the NFL doing here? Why is it getting involved in the concert promotions game when it’s already neck-deep in football operations and even boxing promotions?

Put simply: The team is getting involved because it believe it’s good business.

Chad Estis, executive vice president of business operations for the Cowboys, is pretty clear about that. In the case of both KAABOO and Unruly Citizens, Estis says the Cowboys listened to pitches from both festival camps about potential partnerships, then internally debated their merits and potential values before eventually determining that they were good fits for the America’s Team brand.

Jason Felts, CEO of Virgin’s entertainment arm Virgin Produced and KAABOO’s chief brand and marketing officer, confirms that this is how the process of bringing KAABOO to North Texas went. After already hosting successful KAABOO events in Southern California and in Grand Cayman, Felts says KAABOO’s founders approached the personnel behind the Cowboys because a mutual friend of the fest and the team thought that the Cowboys, especially in the wake of the big CMA event the team hosted at AT&T Stadium in 2015, would be interested in hosting an event such as theirs.

But it wasn’t a fast process coming to terms on KAABOO. The Cowboys, Estis says, were careful to do due diligence before committing to working with the festival. It took around 12 months before both parties could agree on terms.

“We spent about a year getting to know each other and, from our perspective, trying to understand the festival business and specifically their style,” Estis says, “We went out to KAABOO Del Mar, took the team out there, experienced that event and learned a lot about it. We ended up deciding that we thought it was a really interesting event — something that would be a great fit for our market — and we partnered with them.”

A billionaire like Jerry Jones, as you might expect, is frequently inundated by the business pitches. But, clearly, something about KAABOO truly stuck out to his team.

Felts believes it was KAABOO’s intentional branding of itself as more than just a music festival — and, rather, a lifestyle affair that highlights its comedic, culinary and other offerings as much as its sonic ones — that helped set his event apart in the Cowboys’ eyes. That vision, he says, lines up well with the Cowboys franchise’s attempts to similarly establish itself as a lifestyle and entertainment brand rather than just a football team.

Estis agrees: The powers that be at the Cowboys, he says, want to be seen as more than just facility operators with space to rent out to event operators; they want to be seen as partners in exciting new ventures. That, Estis explains, is how Unruly Citizens, which came to the Cowboys from a group of Oklahoma City-based organizers, got pushed up the organizations’ internal ladder.

“When we evaluate events, we often do that with a very open mind about the structure,” Estis says. “When you talk about the partnering versus just renting [the] facility — if we think it’s a good business model, we’ll look to explore partnership.”

The draw on the other side of these agreements is obvious. It should go without saying that any event that is able to secure a partnership with the Dallas Cowboys, which is no small achievement for any brand, is afforded a slew of perks. This is, after all, America’s Team, the team of Tom Landry, the team whose cheerleaders alone are such fixtures in American culture that they’re the center of a reality show on CMT that has run for more seasons than either Cheers or Seinfeld.

What’s remarkable is that, between KAABOO and Unruly Citizens, the Cowboys aren’t just hitting on one form of monoculture here. They’re spreading their love to differing groups that have a similar appreciation for the value of the Dallas Cowboys brand.

But it’s also a two-way street. KAABOO lets the Cowboys tap into an older market of music fans and lifestyle enthusiasts who want to experience the opulence of a destination festival without having such curious newfangled pop acts such as Ariana Grande or Tame Impala serving as its headliners. Unruly Citizens, on the other hand, allows the Cowboys to tap into a market of suburban Generation Z crowds who might balk at driving 45 minutes or an hour to see a show in Deep Ellum.

In fact, the Cowboys’ commitment to Unruly Citizens is a specific investment in the team’s suburban focus, as Unruly Citizens co-headliner Juice WRLD is playing two nights at the Bomb Factory just two weeks before the Cowboys-backed event at The Star in Frisco.

Let’s say you’re a teen in the north Dallas suburbs. Telling your parents you want to attend a concert at a brand-new facility in Frisco that’s owned by Jerry Jones, and they’re probably more likely to get on board with the notion than they would be if you were trying to get them to OK an unsupervised trip into the city for a show at a venue operated by someone not named Jerry Jones.

“There [are] eight high schools in the city of Frisco alone,” Estis says. “I have a 15-year-old son, and he loves music like [what we’re bringing to Unruly Citizens]. You usually don’t see that kind of music, particularly in this market, brought out to the suburbs. We’re real excited about that; we think the local market here in North Dallas is going to support Unruly very well.”

Hearing Estis talk like that, it’s tough not to believe him. His logic makes sense.

Besides, for an organization as profitable as the Cowboys, the risks don’t yet outweigh the potential rewards in the music game. With the suburban market for music so up for grabs as it currently is, why shouldn’t the Cowboys make inroads into the market? Especially if the chance to pull such a feat comes the team’s way, instead of the other way around?

See, moving the ball forward is a move that makes sense in pretty much all formats. Even off the football field.