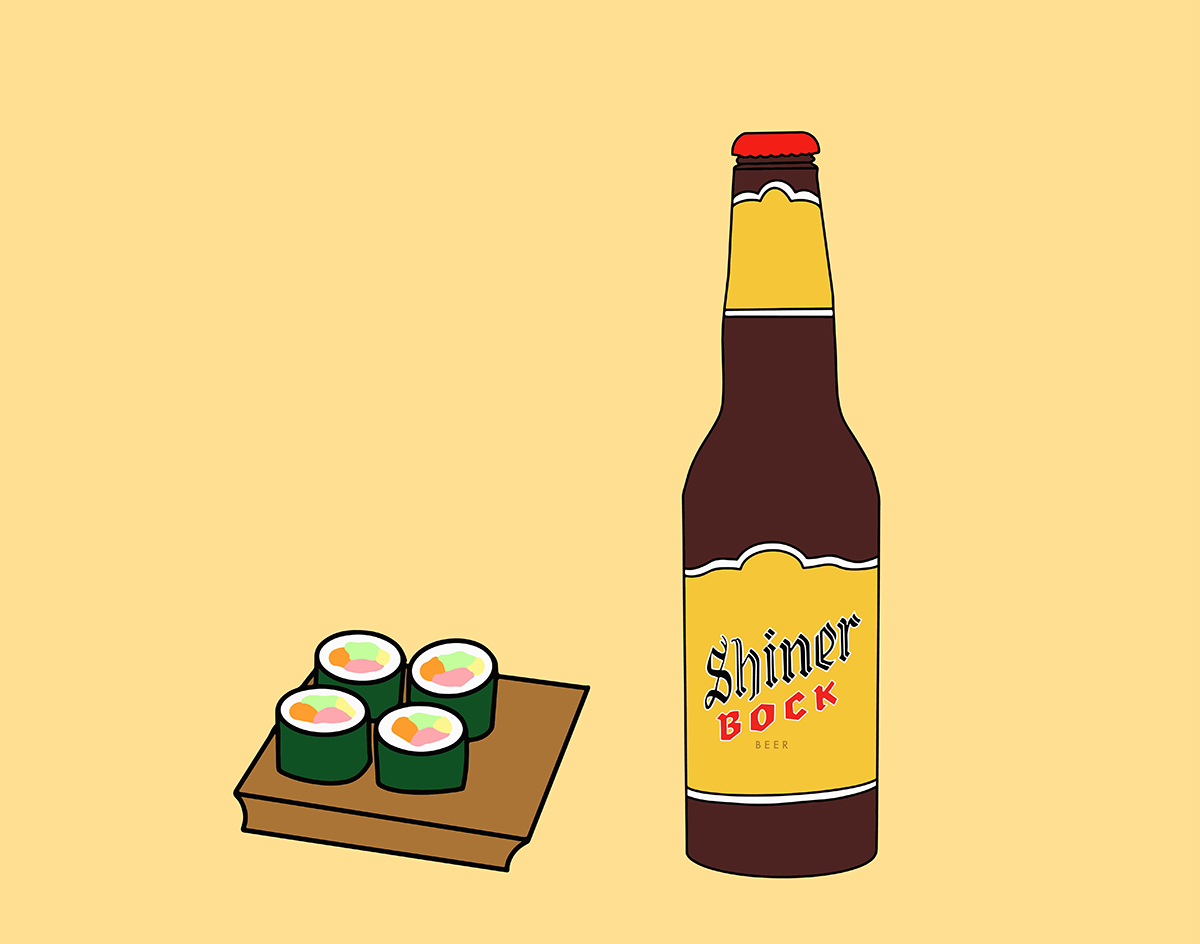 Put Your Made-In-Texas Pride Aside And Just Accept The Fact That Shiner Bock Tastes Like It Should Be Served In A Little Cup At Deep Sushi.

What I’m about to say really shouldn’t be controversial, but Texan pride is insurmountable and everyone acts like it’s blasphemy punishable by being forced to spend a night at Bottled Blonde in the middle of a pandemic:

Before you twist your forehead in confusion and decide this is the hot take hill you are, in fact, willing to die on, grab a Shiner and take a big guzzle — and then try to tell me I’m wrong. In my own, very scientific clinical trials, nearly every person I have been brave enough to share this take with immediately came to their own sodium-induced epiphany.

“Well, yeah, it does have sodium in it,” you might say. And you wouldn’t be wrong! But, while lots of things have sodium in them, my Pop-Tarts don’t taste like they should be served with edamame.

What’s weird is that, while Shiner’s website says its Bock pairs well with “porch sitting, washer tossing and dog petting,” it conveniently leaves out seaweed-wrapped rice and raw fish.

After deciding I wanted to start some mild discourse with this very accurate observation, I scoured the crevice of hell that is Twitter to find reassurance of what I’ve long known in my heart to be true: There are more of us Shiner truthers out there.

How the fuck does shiner bock taste like soy sauce lol.

I know this might upset those of you who perpetually keep a half-empty six pack of it in your fridge as your go-to beer, but listen: I’m not saying Shiner Bock is necesarrily bad.

I’m just saying it tastes like I should be dipping dumplings in it.

And do I want a nice, cold bottle of soy sauce after another long, daunting day of walking around my apartment in these work-from-home times? Absolutely not.