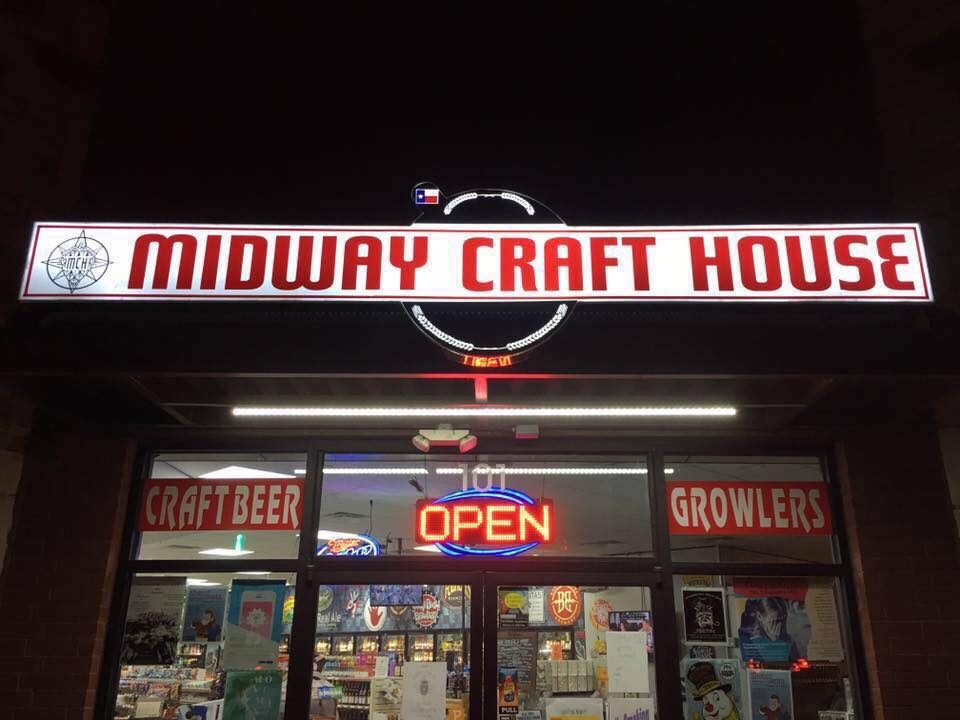 Make the trip to Lil’ D some time this month if you want to pay your respects to the loss of a venue that stepped up to the plate in the wake of the Denton Music Venue Shortage of 2016™️.

Last week, Denton’s most unconventional venue, the Midway Craft House located at 1115 West Hickory Street, announced it has decided to 86 all operations as a performance venue effective July 1.

If you can’t make the trek up north, take a trip down memory lane with this old front-page Reddit thread/a> of a MCH performance — especially if you need a good laugh.

On a brighter note in Denton music news, Dan’s Silver Leaf is celebrating its 24-year anniversary this Saturday. There will be music, eats by PamFood and music from El Nuevo Mi Son.

It should be said, though, that Midway Craft House appears to be in good door-shutting company. We’ve harped on the saga of Woodstock 50 a few times now, but in our defense, it’s hard not to obsess over festivals that appear to be imminent disasters. Yesterday, though, Poughkeepsie Journal reported that the venue, Watkins Glen International Racetrack, has finally announced its decision to not host the affair. Per Billboard, Woodstock 50 organizers are still working diligently to secure another venue and to move forward with the event. Whether they successfully achieve this lofty goal is uncertain, but it doesn’t seem that Leon Bridges will take part in the proceedings as initially announced either way, as the event is no longer listed on his website’s upcoming tour dates. Of course, none of this is coming as a huge surprise: The half-century anniversary celebration of the legendary festival — scheduled to take place August 16-18 in Watkins Glen, New York — has hit a revolving door of misfortunes and bad publicity amid investors and organizers publicly pulling out of the event.

That’s a bummer, but by no means did it knock Bridges off his stride. Just last week, he attended the 2019 CMT Music Awards ceremony at Nashville’s Bridgestone Arena, where he won the award for “Performance of the Year” for his collaborative track with Luke Combs titled “Beautiful Crazy”.

While local powerhouses Kacey Musgraves and Maren Morris got snubbed at that event, the latter did become something of a center of attention as she debuted the Stevie Nicks-featured “Prove You Wrong,” with Sheryl Crow at the show.

Speaking of new releases, local label Tofu Carnage’s own Jarboe collaborators Dead to a Dying World have dropped a new music video for the song “Syzygy”:

Dallas alt-pop artist Clover The Girl also dropped a video for her fresh single “Even If It Hurts”:

Just before its show at Lava Cantina with Bowling For Soup, pop-punk outfit Not Ur Girlfrenz dropped the video for its latest single “New Kids in America”:

And, finally, we’ve discussed Purple Mountains before — it’s the new project of the reclusive, Addison-raised Silver Jews brainchild, David Berman. Well, now he has a new video out for “Darkness and Cold”: