Taking Their Bands and Going Home. 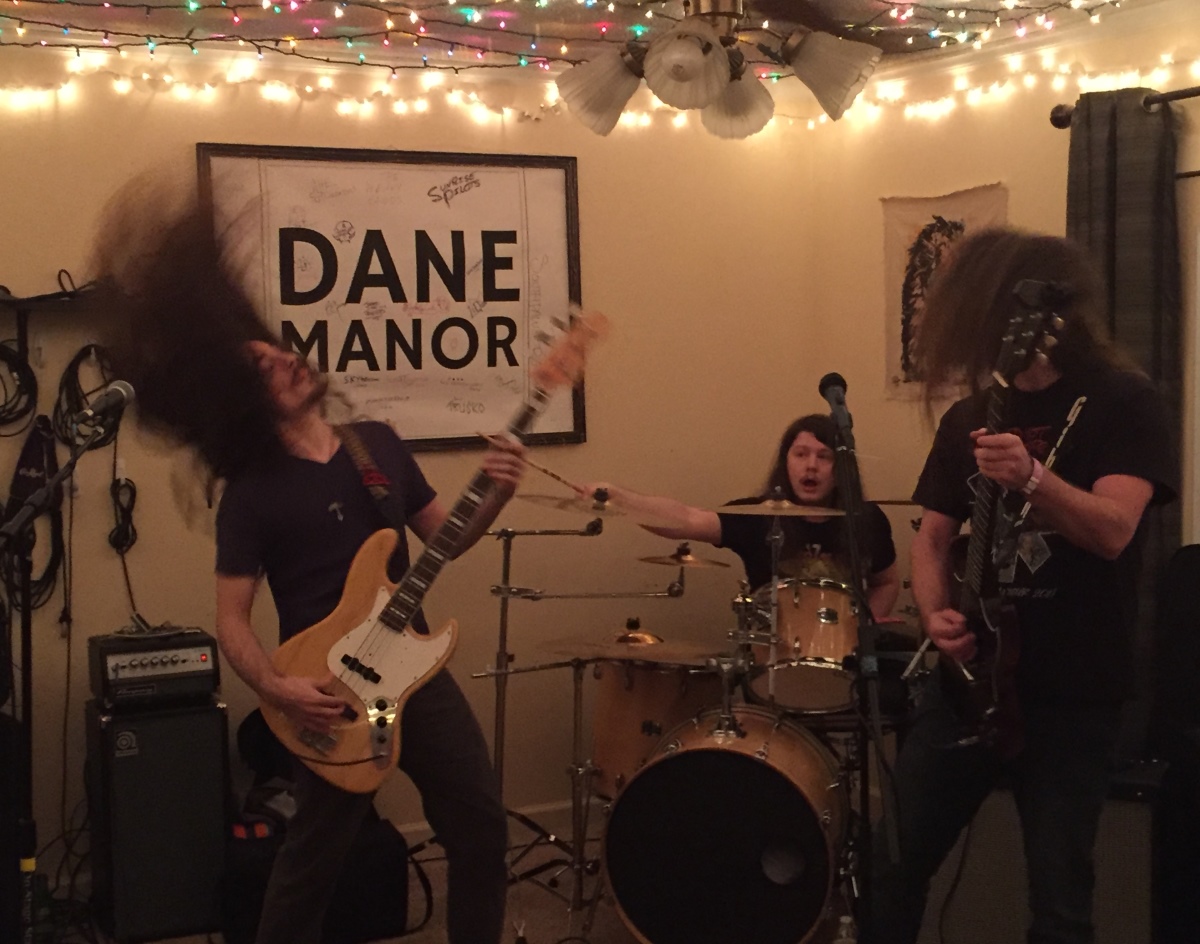 House shows have been an indelible part of Denton’s music scene for some time now. While they have had their fallow periods (one of those periods was documented by a Dallas Observer article back in 2012), their market value necessarily surged after the loss of several establishments that had been vital to the local music scene. Rubber Gloves closed its stage doors in June of last year (though the rehearsal space is still up and running), Hailey’s folded at the end of 2015, and has become the hybrid arcade-bar Game Changers, and J&J’s Pizza had to give up its Ol’ Dirty Basement last August.

The loss of those venues, and other growing concerns about the state of the town’s music scene, caused enough hand-wringing to necessitate a Denton Music Town Hall meeting, which took place last August. This rise in commotion and anxiety alerted Tiffany Youngblood, one of the organizers of Band Together Denton, that it was probably the right time to let everyone know what was in the works.

“We actually planned a different time to announce [the festival], but we couldn’t have planned a better time,” she says. “With the course of everything that was going on, with Gloves and J&J’s and everything, we felt like it was a good time to move the announcement up.”

Based on the arrangements that they’d already made when they announced the show, Band Together Denton was set to host 20 bands over six venues. However, the immediate feedback was enthusiastic enough to justify expanding to 60 bands, which would be spread across 10 different house venues.

Youngblood had been mulling over the idea of a house venue festival for a while, but after hosting her first house show back in May, she was compelled to act on it. She approached Emily Cline (the two had each been running Denton-based blogs, and ultimately teamed up to relaunch The Dentonite) with a more modest idea, a benefit show using a house venue, and suggested that later on, if their show was successful, they could attempt a full-on house show festival. Cline wasn’t keen to wait, and suggested they just go ahead and try to pull off the festival. They kept their goal of raising money for charity; and, indeed, they were successful in raising $3,500 at this weekend’s fest, which will be donated to Mentor Denton to help at-risk youth.

Denton’s recent venue losses were significant – Hailey’s, Rubber Gloves, and the basement at J&J’s had all enjoyed long lives. When we covered the announced closure of the basement at J&J’s, Jessie Ham, who had booked the space (and is married to J&J’s owner Jaime Ham), talked about how bands had been jamming in the basement even before the upstairs became J&J’s. Hailey’s had welcomed national and local talent on its stages for over 12 years, and Rubber Gloves had been around for almost 20.

These spots were among the more prominent features of Denton’s cultural landscape. Pessimism was starting to sink in back by the time news broke that the Ol’ Dirty Basement would be no more, with articles on the matter at least willing to glimpse a future where musicians wouldn’t find a way to sustain their scene.

As establishments began to fall, house venues held on – even if the locations changed, the concept endured. Youngblood didn’t plan Band Together Denton as a response to the closings (remember, she’d been seriously entertaining the idea since May, before the closings of the Rubber Gloves performing space and the Ol’ Dirty Basement). That being said, she certainly wants people to see the value in these most DIY of DIY shows.

When talking about her personal interest in house venues, Youngblood says, “I don’t want to say it’s necessarily better than going to a show at a venue, but it’s different, and it’s really amazing. You can have some really special moments in small spaces.”

By the way, if you’re wondering how it’s possible to actually execute something like this, Youngblood suspects that using the festival to raise money for a charity helped foster support. Reaching out to neighbors of prospective locations, and talking (“casually”) about her intentions with different city officials were apparently also helpful in ensuring a proper execution.

Of course, even the best planning was at the mercy of those in attendance. A few unruly types could have easily caused problems for venue owners and organizers, putting the whole operation at risk. Luckily, that never seemed to become an issue.

Venues remained open throughout their show runs, and the crowds at each spot I visited were respectful and in good spirits. Any fears these nights would descend into chaos proved unfounded. Much of the credit for that smooth execution belongs to the festival volunteers, who ensured the shows ran smoothly, and that people’s immediate needs were being met.

I spoke to members of Rei Clone, who were part of Saturday’s lineups. One of the members, violinist Nirmal Madhavapeddi, said he’d gone out the previous night to watch one of the shows.

“I wanted to see Heavy Baby Sea Slugs at Load In,” Madhavapeddi says. “[The show] blew me away – I’m used to shows, but this is just perfect organization…Things ran surprisingly on time.”

Band Together Denton certainly reinforced Youngblood’s idea that house venues have a singular value. The coziness of the setting ensures that even the back of the room offers a sense of intimacy when you watch bands perform. People were upbeat even as they found themselves with little to no elbow room, or stuck in someone’s front yard, listening in from outside.

Band Together Denton gave Denton’s 2017 the rollicking, optimistic start it deserved. There may be fewer stages for bands to appear on, but the festival’s success made it clear their eagerness to perform hasn’t abated – and that crowds will continue to find them, wherever they are.

Says Palmer, “Scenes change, and new things replace them. When J&J’s basement closed, other house venues opened up to fill the gap…The scene isn’t going to die because we don’t have places to play. We’ll find new places.”