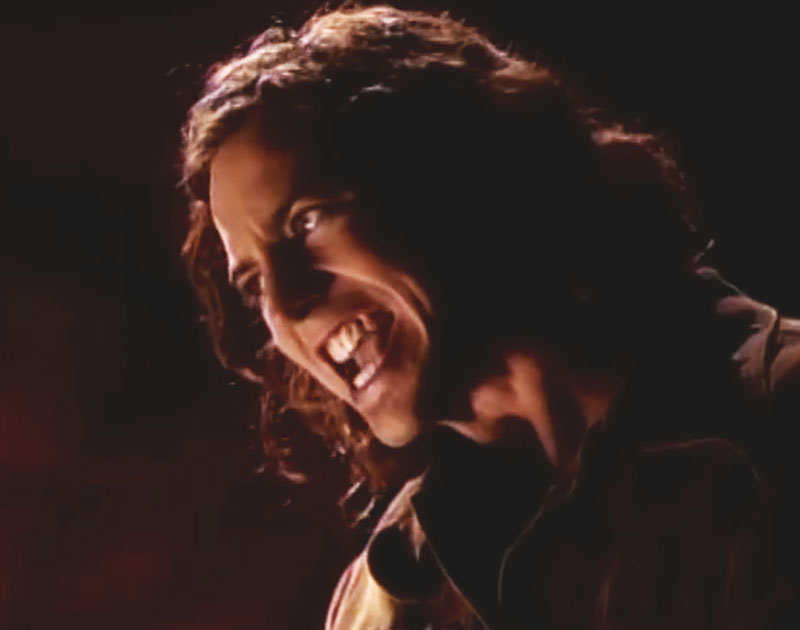 What Can Pearl Jam’s “Jeremy” Teach Us About How Suburban Dallas School Districts Learned To Deal With On-Campus Tragedies?

There are a ton of songs about or inspired by Dallas, and they say a lot about who we are. So each week in this space, we’ll take a closer look at one of these songs — and we’ll try to determine what, exactly, they say about this great city of ours. Check out this feature’s archives here.

When Pearl Jam released its major label debut in August of 1991, the band didn’t instantly become the voice of a generation or anything. Still, the success of Ten‘s first two singles — “Alive” and “Even Flow” — did make the band something of a force to be reckoned with.

Really, it was when that album’s third single, “Jeremy,” was released in 1992 that the band truly became mainstream, Time magazine cover-gracing megastars. The song would even earn itself a pair of Grammy nods in 1993, too.

What do the dulcet tones of Jeff Ament’s 12-string bass and Eddie Vedder’s trademark mush-mouth-delivered vocals tell us about Dallas, though? Well, not as much as it tells us about the Dallas suburb Richardson.

According to many Vedder interviews over the years, the first-person aspect of the song (i.e. lines like “Clearly I remember picking on the boy”) relate to his dealings with one of his 5th Grade classmates named Brian, a boy who didn’t kill himself but did once bring a gun to school and shoot up a classroom. Vedder has confirmed, though, that other bits of the song, including the title character, came from a Dallas Morning News article that Vedder read about the suicide of 15-year-old Richardson High School sophomore Jeremy Wade Delle in front of his classmates on January 8, 1991.

Per numerous accounts of Delle’s final moments, the student was asked by his second period English teacher, Fay Barnett, to get an attendance slip from the school’s office before she’d let him into her classroom. Instead of going to the office, though, Delle went to his locker and retrieved a .357 Magnum revolver. When he returned to class he told Barnett, “Miss, I got what I really went for,” walked to the front of the room, and shot himself in front of both his teacher and the rest of his classmates.

Soon after, the school district’s crisis intervention program went to work, counseling the students that had witnessed the incident. That program had just been set up a few years earlier in 1988, following a spate of suicides in the district, when a sixth-grader and two sophomores at JJ Pearce High School all took their own lives in separate incidents. Like Delle, one of the sophomores also took his life on a school campus, hanging himself from a tree behind Mohawk Elementary School.

Nearby Plano ISD experienced a similar string of tragedies just a few years before, too. In fact, the 1988 black comedy Heathers is said to be at least partly inspired by the seven suicides and dozen attempted suicides by Plano High students during the 1983-84 school year.

Not all that surprisingly, the release of “Jeremy” in 1992 was not without its share of controversy. It took Epic Records several months to warm to the idea of releasing “Jeremy” as a single. And when they finally did it, MTV initially refused to air the video, which depicted a child actor putting a gun into his mouth. After the video was re-cut with a more ambiguous ending, it went into heavy rotation on MTV. The added attention to the song at this point opened Pearl Jam up to allegations that they were promoting violence. The parents of a teen who took his school hostage in the early ’90s even directly blamed their child’s actions on the “Jeremy” video.

Vedder responded to that accusation in a 1993 interview with Rockline Radio: “I remember one night in this basement when I was writing that — that I thought, man — I guess they can’t sue us for this one because I’m writing about it after it happened, you know? Some kid did this. I didn’t make that up and that’s a fact. It came from a small paragraph in a paper, which means you kill yourself and you make a big old sacrifice and try to get your revenge. That all you’re gonna end up with is a paragraph in a newspaper… The world goes on and you’re gone. The best revenge is to live on and prove yourself. Be stronger than those people. And then you can come back. ”

Still, it would be six years before Pearl Jam would release another video. And in the 22 years following the Delle incident, Richardson High has recovered from the tragedy — to the extent that they’re now considered one of the best high schools in the country.

According to a 2012 ranking published by U.S. News & World Report of the Best Schools in America, RHS ranked in the top 3.5 percent of all public high schools.