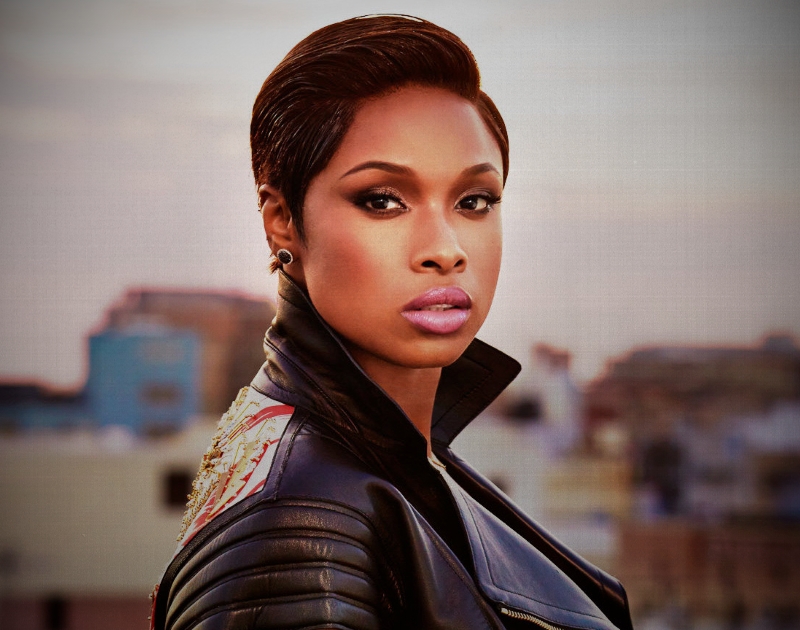 Earlier today, the Dallas Symphony Orchestra announced that the Grammy-winning singer and actress Jennifer Hudson will be its headlining collaborator for its fifth annual SOLUNA International Music & Arts Festival.

The one-of-a-kind and one-night-only performance follows up previous orchestral collabs at SOLUNA with St. Vincent, Nas and Pharrell. As in previous years, Hudson and the orchestra will premiere their new work when they team up here in Dallas on Saturday, April 20, under guest conductor Sarah Hicks.

“We are honored and thrilled to perform with Jennifer Hudson,” says Kim Noltemy, president and CEO of the DSO. “She is inspirational, and her soulful and powerful voice will ensure an unforgettable evening at the Meyerson. The Dallas Symphony will bring a unique perspective to her sound.”

Tickets range from $50 to $350 and may be purchased right here starting this Thursday, February 21.

With this choice of headliner and guest conductor, the DSO continues its progressive initiatives of empowering females that have been historically under-represented in positions of power in the orchestral community. Likewise, previous SOLUNA headliner St. Vincent did a lengthy post-Grammys interview with Rolling Stone, saying she’s been making an effort to do the same.

“I’m in a position where I get to hire people,” she says. “In the past couple years of this album campaign, it’s been really female-centric. From the directors of show to content to the people I employ on tour, I feel that I’m very lucky to be able to employ women, because I am a woman. And I’m not threatened by other powerful women. I encourage them and I also enjoy being surrounded by them…As all systems of power go, you need a seat at the table. If you’re not at the table, you’re on the menu. So it’s a question of having more women in positions of power to give people a chance who, for reasons of unfortunate systemic sexism in this case, have not had the opportunity.”

It’s unfortunate that it’s taken so long for folks to finally start catching onto and correcting the disparity between the sexes in the music industry.

In more unfortunate news this week, Kessler Theater live sound engineer Graham Sinclair was arrested for intoxication manslaughter early Friday morning while on his way home after an acoustic show from alt-country singer BJ Barham at the venue on Thursday night. According to Fox 4: “The chain of events began when the driver of a Jeep Wrangler lost control on the northbound side of the tollway and hit a concrete barrier, leaving the vehicle disabled in the far right lane. A black Nissan with three people inside stopped, and two men got out. As they were trying to help the driver of the Jeep, DPS said a white Subaru Legacy [driven by Sinclair] hit the Jeep, and both vehicles caught on fire. One of the good Samaritans died in the crash. The other person who got out of the Nissan was taken to Parkland with serious injuries. State troopers said the third person who never got out of the Nissan was not hurt.”

We’ll have more on that tragic situation as it unfolds.

In the meantime, a new trailer has premiered for an upcoming documentary about that one time the original Alice Cooper group reunited for a secret show at Good Records. While an audio recording of the show was previously released as a Record Store Day exclusive last April, the new Alice Cooper: Live From the Astroturf will hit the film festival circuit starting in April.

Sticking on the moving pictures front, “Goodtime” Charley Crockett released himself a new one this week. It’s self-made, too, and that’s a fact he’s very proud about. As he put it on his Instagram this week: “I remember radio stations tellin’ me a few years back that my recordings were too ‘raw’ to play on the air. So I’d hand em out in the street and in bars or flood the lobby of a theater during somebody else’s show and a cool DJ would find a copy and play me on those same stations anyway. Well the same things been happening with my self-made little videos too. These media outlets want something all gussed up and fancy even if it ain’t no good!” Well, some of them, we guess.

Another new one comes from Luna Luna, which is using the video format to promote a sexier, slightly more banging R&B track than the laidback fare we’re used to hearing from the group. Call it proof that the outfit just keeps getting better and better.

More hot fire this week comes from Matt Swagnew and FR3DO, who’ve teamed up for the first single off of the second installment of Waves. More jams like these, and they’ll be sitting on 100 M’s in no time.

Finally, on his latest clip, 10K.Caash is joined by G.U.N. and Rizzo Rizzo for a minute-long blast to the face. It hits hard and quits.

Next up is a trio of new mixtapes worth snagging.

Like he does every Valentine’s Day, DJ Sober turned in another new one. Instead of premiering his sexy Satin Sheets mix with us this year, though, he made an electronica mix for Fader, aptly called the Fader Mix.

There’s also this one from Tony Schwa, the first installment in a new series where he gets all nostalgic about the early days of his once-wildly popular Cool Out party that dates back to 2007.

Last up on the mixtape front is the Dallas rap legend Tum Tum, who dropped a new one called Dolla$ TX 4Eva Eva that can be copped via DatPiff

Finally, let’s end the week in our typical quick-hitting fashion.

• Black Taffy pulled a pretty glowing 7.3 review from Pitchfork for latest record Elder Mantis.
• Soulja Boy announced the signing of Fort Worth rapper Go Yayo to his label, and then they celebrated with a $50,000 shopping spree at Saks Fifth.
• Corn-syrup-and-proud-of-it brewery MillerCoors is holding a Texas Born and Brewed music festival at its Fort Worth brewery on March 2. Performers include Whiskey Myers, Flatland Cavalry and DJ Rock. It’s free to attend on a first-come, first-served basis until capacity is reached.
• Keeping in line with its earlier bookings, Lionel Richie has been added as a special guest performer to the KAABOO Texas lineup, and your dad rejoiced.