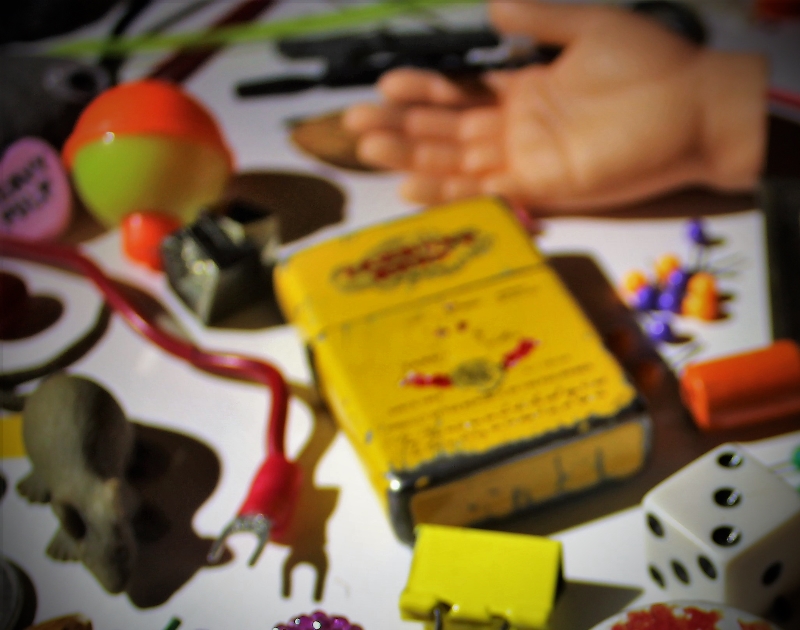 Check Out The Debut Single From a Lean and Mean Pearl Earl Side Project That’s Standing Up For the Underdog.

Heavy Pulp — “Neither/Nor.”
RIYL: Standing up for yourself.
What else you should know: The fewer mouths to feed on the road and/or motel beds, the easier it is for a band to tour. When you get down to just a duo, it’s no problem at all to simply hop in a small car or plane and hit the road on the cheap.

That seems to be a large part of the motivation for the origins of rad new outfit Heavy Pulp. The gf/bf Denton post-punk duo comprised of Pearl Earl drummer Bailey K Chapman and classical guitarist Alexander Gillen are avid travelers in addition to being music lovers. In fact, they came up with the idea to start the band while at a punk show in Puerto Rico.

Marrying their passions, they figured it’d be easy to transform their frequent trips into working vacations, of sort. Additionally, says the band, they plan on using their platform to fight against social transgressions like “police misconduct, the empowerment of women and other marginalized groups, substandard housing, and the lasting effects of western imperialism.”

These are some of the topics tackled on four-track debut EP Neither/Nor, due out later this spring. The title track, which we’re stoked to premiere below, for instance, is meant as an address to issues faced by women – especially ones in the live music community.

“’Neither/Nor’ addresses the invisible issues women (especially women in the music industry) face daily with coercion, safety and trust,” Chapman says. Backing that up with a hearty “I don’t really wanna!” in the song’s snarling chorus.

And at that moment there’ll be little hesitation when it comes to fighting for your right to be at the party.