Music Honors: A Primer On Our Party’s Performers. 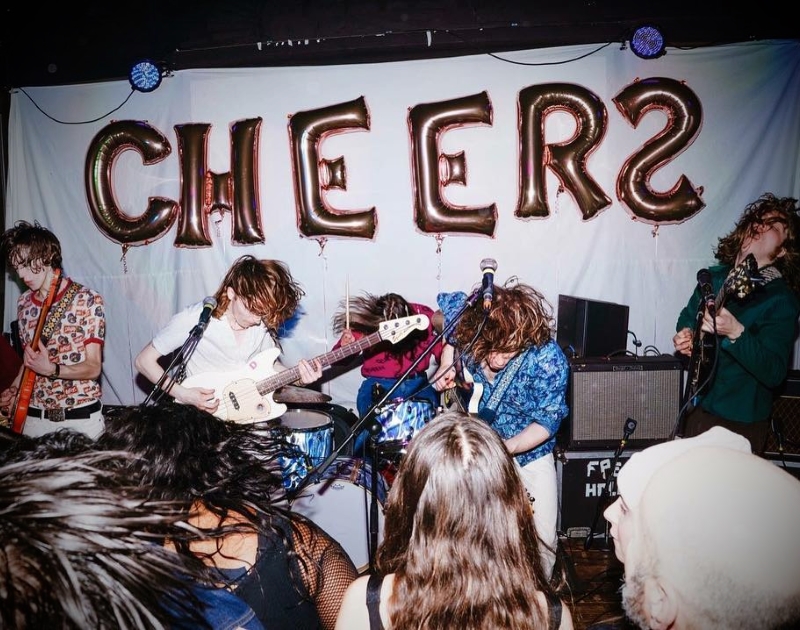 Get To Know The Dozen North Texas Acts We’ve Lined Up To Perform At The Big Central Track Music Honors Party At The Granada Theater This Wednesday.

On Wednesday, we’ll hit the Granada Theater for our first-ever Music Honors event. Over the course of the night, we’ll announce the winners of our 51-category, month-long public survey of the Dallas music scene.

But, as we’ve explained before, you largely won’t hear any acceptance speeches at our first-ever Dallas music awards ceremony. Winners will still be encouraged to say their thank yous, but they’ll be directed to do so in the venue’s lobby, where their words will be recorded and edited together as a future post on our site.

We’re doing this so that, inside the main room of the venue, the party just won’t ever stop down. Hell, we’re even setting up a second stage in there so that, while bands are changing over on one stage, the music can continue on the other. In total, a dozen nominated bands — Cure For Paranoia, T.Y.E, SRSQ, Conner Youngblood, Acid Carousel, Luna Luna, Rosegarden Funeral Party, Joshua Ray Walker, Xuan, Meach Pango, Zyah, Kaz Moon — will each perform roughly 15-minute, rapid fire sets each over the course of the night. (We’ll also keep the good times going next door at Sundown at Granada after those offerings are done with an after-party featuring sets from Honors-nominated DJs Blake Ward, Jesse Koo and Ursa Minor.)

As we’ve said multiple times to this point, our Music Honors event will differentiate itself other Dallas music awards not just because it looks to appreciate the scene as a whole, featuring nearly 300 nominees on its ballot, but because we’re adopting a less-talk, more-rock attitude during the celebration.

It’s a free event to attend, but if you want to guarantee your way in to the party and not get shut out on the chance we reach venue capacity before you arrive, you can buy a $5 ticket and receive a free Corona Extra or Corona Premier for the effort. Basically, you’re just pre-purchasing your first drink. Guarantee Your Way In!

Meanwhile, Here’s what you can expect out of each of the acts playing our little sampler platter of Dallas music’s best and brightest.

On top of their own well-thought-out aesthetic, the crew has guested on tracks by Ishi, Scarlett Cimillo and The Gritz. From artwork, to stage presence, look, presentation and packaging, they’ve put time into every detail, earning opening slots for Nas, Goodie Mob, Bone Thugs and others along the way.

The man behind DFW’s best track of 2016 has followed that single up with offering after offering of hot fire, earning attention well beyond just North Texas in the process. The frank way the Ice Cube-signed rapper openly discusses his struggles with mental illness, along with the manner in which he incorporates his opera-singing background into his tracks, sets him apart from the pack.

Pronounced seer-skew, this new-to-North-Texas electronic performer picked up the pieces in 2018 and dealt with the grief of losing her bandmate from her group Them Are Us Too in a tragic fire, going on to move to our region and release a cathartic debut solo effort that mined grief for a collection of melancholic beauty.

After seven years of us writing about this dude, he finally dropped his debut LP last year, showing off both his indie-rock and pop prowess and musical genius, playing over 30 instruments on the album.

This collective of late teen and early twentysomethings is one band on our bill that both you and your dad can agree are pretty gnarly. Their psych-rock catalog is purely rooted in the ’60s, but delivered in a balls-out manner that’s undeniably modern.

This crew of laid-back Oak Cliff musicians really found its voice in 2018, turning in track after track of cooly nuanced indie tracks and DIY videos to match. The band’s sound, while perfectly suited for vibing out, doesn’t sound out of place at all as a hip-hop backing track either, as evidenced in the above embed.

Plucked straight out of the ’80s and dropped into our day, we’re not 100 percent convinced these youngsters aren’t actual time travelers. Led by the enigmatic Leah Lane — for our money, the best front person in town — Rosegarden goes the extra mile to make every single show a unique and unforgettable experience.

As recently featured in Rolling Stone, the country-leaning singer-songwriter has earned all kinds of national recognition and radio play in recent weeks on the strength of debut LP Wish You Were Here. The record boasts sharp writing and turns of phrase that cut like a knife to the gut.

In attempt to make every day an adventure, Xuan’s lived many places and tried her hand at many things. Most recently, she decided to take up music-making and, as it turns, out, she’s pretty damn great at it. Her 2018 debut LP is a solid pop effort from top-to-bottom, incorporating sugary fun music with thoughtful subject matter.

These Fort Worth alt-rockers are the embodiment of fun. Their sound is energetic and lighthearted or, as another of our writers once put it, they “sound like Coheed & Cambria’s Claudio Sanchez was fronting Fountain of Wayne. And, listen, that definitely sounds like a good time to us.”

We’ve compared the effortless vocals of this R&B singer to Norah Jones before. And while, to date, she’s earned her biggest exposure whole singing on tracks from fellow Dallas acts Bobby Sessions, RC & The Gritz and Blue, the Misfit, she’s more than capable of captivating a room with her own material as well.

The producer and bedroom pop star has appeared on tracks by the world famous Medasin, and released a compelling collection of his own tunes last year, too. Simplistic though his compositions are, they’re expertly crafted and painstakingly arranged, making them, in our estimation, far greater than the sum of their parts. Guarantee Your Way In!