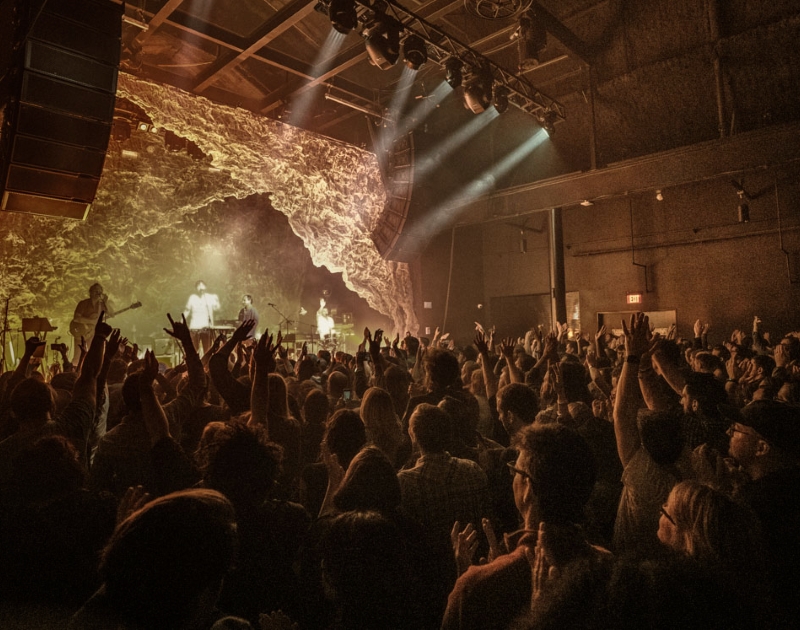 It’s never a sure thing to open a music venue. Running those things is hard work – far more so than most people realize.

Conversely, choosing a career path whose success depends on writing about music venues is about as solid a bet as you can make! I mean, there’s absolutely no money in it, but at least there’s never a shortage of things to quibble over.

This week, for instance, we’ve got six bits of venue-related info to muse on.

The big news of the week comes from The Bomb Factory and Canton Hall. Those sister venues have entered into an exclusive booking agreement with AEG Presents which, honestly, has been booking tons of shows in those spots already — ever since each of those spots opened.

In a press release announcing the deal, venue owners Clint Barlow and Whitney Barlow had the following to say: “We are honored and excited to be a part of the AEG Presents family. Although we have worked with them since inception, we are happy to broaden that relationship and work with AEG Presents more deeply to make these two venues even more special.”

AEG Live Southwest marketing director Ryan Brandon tells us the average consumer won’t notice much of a change, but that it does mean his company is going to be directing even more of its area shows into those rooms. Brandon says that’s a nice bargaining chip to have in a promoter’s back pocket: “Everyone wants to play the Bomb Factory,” he offers.

Meanwhile, independent promoters we reached out to about this announcement tell us they’ve not heard about any changes in store for their relationships with the Barlows. So this move mostly seems targeted, if we had to guess, as some sort of bark toward Live Nation and its affiliated companies.

At the exact other end of the venue life spectrum, some changes are afoot with the spot that once housed storied Dallas alt-country bar Naomi’s so long ago. For the past couple decades, the building that hosted all of the earliest Old 97’s shows has been apartments. The place is now being gutted, says the Dallas Morning News, although its future remains uncertain. The DMN piece notes that 97’s frontman Rhett Miller very briefly considered making a new version of Naomi’s there, but lamented that it just wouldn’t be the same.

Miller’s BFF Robert Jenkins — who has been mentioned by name in a few 97’s tunes — will have some involvement in a new Medical District bar called Redfield’s Tavern, though. That one, says Culture Map, comes from Joe Tillotson, “who previously owned or co-owned well-known venues such as Barley House, City Tavern, Katy Trail Ice House, Banditos and Bryan Street Tavern. According to the ol’ Instagrams, Jenkins will be curating the bar’s playlists and “hopefully bringing in some bands too!”

Speaking of new spots, Blue Light Dallas has announced its first show. It’ll be a free one on October 19, and it’s to be headlined by Dalton Domino. He’s a staple at the OG Lubbock location, so it’s a good, solid call. Brandon Adams opens.

A little farther off in the distance is a new spot in Lake Highlands called YAM. It’s an acronym meant to let you know they’ll feature yoga, art and music. Owned by longtime yoga studio owner Jen Johnson and her musician/label-owning husband Trey Johnson (of Sorta and State Fair Records notoriety), those are certainly areas of expertise for the couple. They plan on opening in December.

Last up in venue news, the recently closed after-hours dance club known as The Secret Factory is getting ready for a comeback. A new locale for the club is currently being readied for the freshly re-dubbed The Secret Bunker, which should open by the end of the month — or sometime in November at the latest.

Also gearing up for a return is the long-running So What?! Music Fest, which took this year off, you may recall. They’ll officially be back in April of 2019 — albeit in Houston. A return to Dallas is expected for March 2020, however. Early bird blind pre-sale tickets are on sale for $69 for a two-day pass to all that’s going down in H-Tine. Grab that here.

Speaking of blind pre-sales, you can also shell out a quick $99 here to get a wristband good for access to every single show Parade of Flesh assembles as part of its annual SXSW spillover fest NSFWknd.

Moving on, and because there’s no real great way to segue into it, we’ll just come out with the bit of news that surfaced this week wherein noted North Texan and president-fucker Stormy Daniels once had sex under Vinnie Paul’s drum riser while he was playing with “her second favorite band” Pantera. The quote comes from an interview Daniels did with All That Shreds about her longtime friendship with the band and overall love of metal.

Another North Texan making us proud this week is producer Ish D, who has signed some sort of deal with Alex da Kid‘s record label KIDinaKORNER, a company known for its work with Imagine Dragons, X Ambassadors and Sklar Grey. He’s just another of many DFW hip-hop artists getting signed this year.

Continuing on to the music video portion of the proceedings, the now Rolling Stone-approved Yella Beezy popped up on Genius’s “Verified” series to break down the meanings of the lines on his “That’s On Me.”

Beezy’s also featured in the animated clip below for Big Hud‘s “Got My Own.” In fact, Lil Ronny is in there, too. Would ya look at that?!

Then there’s Sleazy Montana’s new one, which is pleasant enough, but seems to end a bit abruptly. The audio-only version is like twice as long.

Canton Hall cover photo by Mike Brooks. Got a tip for White Noise? Email us!