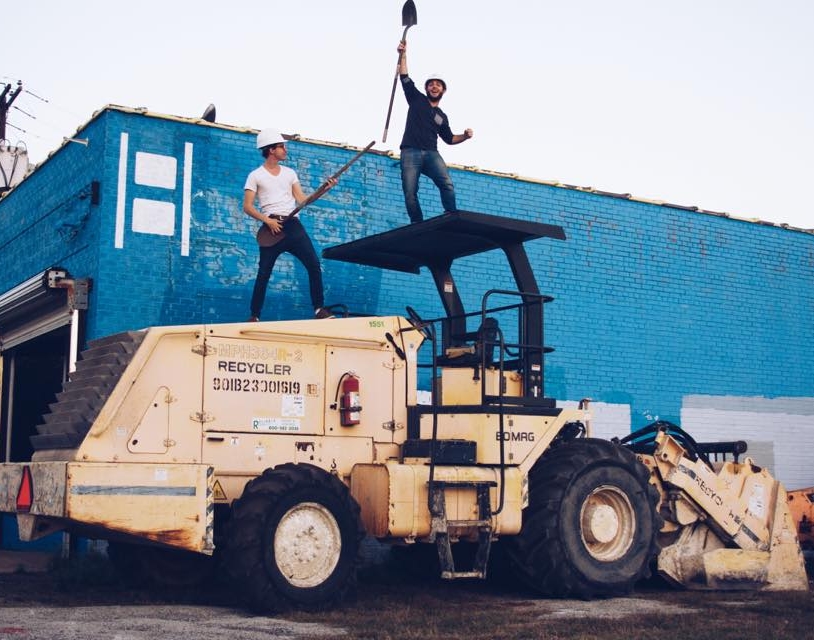 Now that the last of the Thanksgiving leftovers burritos have all been polished off, I guess we’ve officially entered the Christmas season.

Hell, some local radio stations jumped that gun a few weeks ago!

However appropriate, the Country Music Association aired its annual Christmas program on ABC. Hosted once again by Jennifer Nettles, the show featured a variety of live holiday-themed performances from the genre’s biggest stars — like Kacey Musgraves, who was joined by Dallas Western swing trio The Quebe Sisters for a live performance of their version of “Mele Kalikimaka,” which appears on Musgraves’ recent offbeat holiday album. See the performance below. The full show – where you’ll also see fellow North Texan Kelly Clarkson do her thing – can be watched on demand via ABC.

Also in the holiday spirit is the Hallmark Channel, which is currently in the midst of its 34-day Christmas movie marathon. On December 11, a movie called “Love You Like Christmas” will air as part of its Countdown to Christmas marathon, and it will feature an original song co-written by Northern National’s John Michael and Annalise Bethea Bush, of Carrollton production company Drive 35 Studios.

Just for fun, here’s the channel’s preview blurb for the flick: “On her way to a client’s wedding, a high-powered marketing executive lands in Christmas Valley, a town in love with Christmas, has an unexpected encounter and meets many strangers who start to feel like family — an experience that leaves her questioning what she has been missing in life.”

Not in the Christmas spirit, however, is the City of Dallas, which always seems to have its knickers in a twist over parking issues. After hassling and eventually shutting down Cinderblock Sessions over the summer due to the lack of a parking lot, the video production crew successfully raised the funds to build that parking lot earlier this year. Now, said parking lot is actually under construction. You could say they’re pretty stoked about it.

Not just the starts of Christmas season, late November also marks the annual return of Year-End List Season for music critics and self-appointed music critics everywhere. Starting things off this week was Rolling Stone’s contribution, which was littered with locally-tied acts: Kyle Dixon & Michael Stein’s Stranger Things, Volume One and Two came in at No. 47 in the top 50 list; Norah Jones’ Day Breaks at No. 46; Parquet Courts’ Human Performance at No. 17; Miranda Lambert’s The Weight of These Wings at No. 16; and Maren Morris’ Hero at No. 13; and furthermore, albums No. 8 and 3, Kanye’s The Life of Pablo and Chance the Rapper’s Coloring Book, each feature input from Fort Worth gospel force Kirk Franklin

Moving on, The Raven Charter isn’t long for this world. The band’s last-ever show is scheduled for next Friday, December 9 a Trees: “It’s been an awesome ride and we hope to return sometime down the road but for now this is farewell,” writes the band in an online message to its fans. “Thanks to everyone for all of the support over the past 11 years, it has certainly made this fulfilling. Let’s make this a good one!”

In any case, this writer hopes the band will finally unscrub the internet of its long-gone “Thousand Worlds” video.

On the other hand, a video that currently can be found online is the new one for Chris Holt. It’s a simple but effective clip for “Madeyln (Don’t Cry),” and the first song from his most recent, Don Henley-featuring double album Stargazer to get the video treatment.

Also with a trio of new videos on the way is Medicine Man, that new, forward-thinking gospel/hip-hop duo whose praises we sang yesterday. Rather than releasing a traditional music video for one single, the outfit has tapped three acclaimed area directors — Asher Moss, Jeremy Biggers and David Reddish — to create a three-part short film featuring a trio of new songs. A release show where the videos will be shown is set for some time in February.

Finally this week: The Observer reports that Sealion and its longtime drummer Alex Poulos have parted ways; local rapper Street Hymns got a Twitter salute from Lupe Fiasco; and recent Soul Train Awards host Erykah Badu was featured in a New York Times fashion piece this week as well.