What’s The Future Hold For Dallas’ Beloved It’ll Do Club? 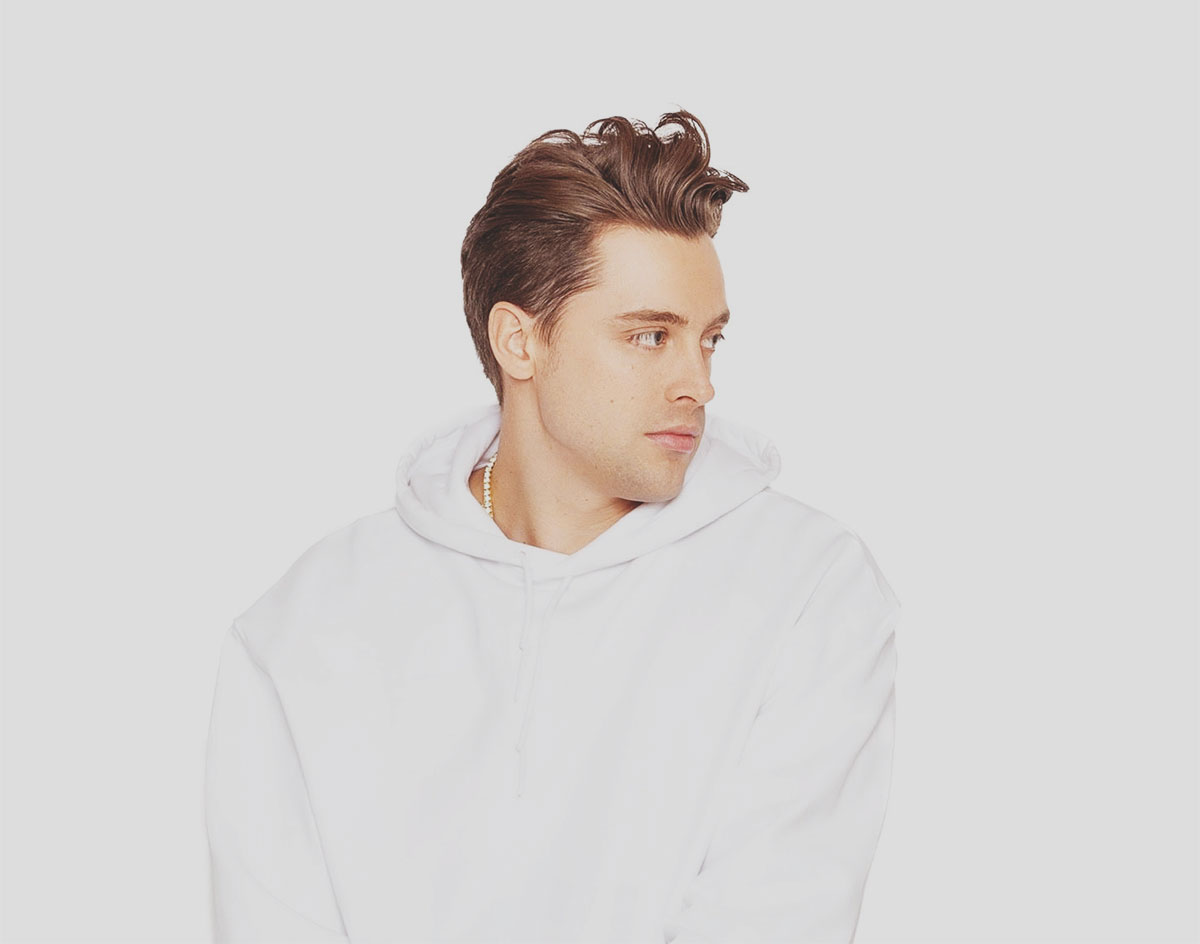 New It’ll Do Co-Owner Colton Carlyle Tells Us What He And His Partners Have In Store For Their Revamp Of The Acclaimed Dallas Dance Destination.

When Brooke Humphries re-opened the long-dormant “New East Elm” dance club known as the It’ll Do back in 2012, it was a game-changer in every sense.

Out of nowhere, and right out of the gate, the warehouse-like room brought international acclaim to Dallas’ dance music realm — not to mention a setting for local luminaries to cut loose, too.

In recent years, though, the It’ll Do had unfortunately started to lose some of its luster. Its famed light-up dance floor had fallen into disrepair. Its bookings — once featuring the likes of Kaskade, LCD Soundsystem and other supremely high-profile talents — started to slow. Most troubling, just figuring out which nights the unabashed dancing destination was open had become something of a guessing game.

So, by most objective accounts, it was at least encouraging to learn back in October that — with Humphries squarely focused on other ventures — the team behind the almost three-decades-old Lizard Lounge had purchased the space with every intention of bringing it back to its highest glory.

Since the announcement of the sale became public, though, it’s also come to light that Lizard Lounge partners Don Nedler and Leo Del Hierro aren’t alone in taking over the It’ll Do torch. Joining them as a co-owner in the venue’s rebirth is Colton Carlyle, the Dallas-based EDM performer and Lights All Nights regular who performs under the singular Carlyle moniker.

Given his residencies at various bottle service clubs around town in recent years, the reveal of Carlyle’s involvement in It’ll Do has left some die-hard area dance fans concerned about the future of the beloved club whose operations he’s taking over.

We recently caught up with the DJ and producer to discuss his vision for the club’s future. Here’s what he had to say.

How’d you get involved in It’ll Do in the first place?
I got approached by Don [Nedler] and Leo [Del Hierro] a couple months ago about them wanting to do something else besides the Lizard Lounge. There was a lot of talk back and forth about different venues, and how they could work me in. Then, about two months ago, Leo told me about this deal. He just came to me and said, “Are you in?” And I said, “Yeah, after I check all the bells and whistles and have my attorney look at it.” But I was all for it.

I mean, I’ve been in the scene for about 12 years now. My first show was, I was barely 18, and I went to Lizard Lounge, and I fell in love with the electronic dance music. And I would go every weekend. I would go to the afterparties. I would go to all the these warehouse parties. I was just engulfed in the scene — for a long time. Then I started throwing events in 2012, and bringing in DJs, oftentimes to Lizard Lounge. Around the same time, I started a company called Electro Innovators to push new music over all social platforms and get people with like minds to come together and share music. Back in 2011, I would be posting the songs I liked on Facebook, and I’d get hate for it. So I created a group where, listem, I’m gonna start posting music in here that I like, and everybody else shouls feel free to post songs, and let’s share music. This was before SoundCloud was a thing. We were posting YouTube videos and whatnot. It was hard to find new music back then! And this group grew overnight — all pretty much Dallas locals and Texas regional stuff.

So, I felt like I had something there, and I ended up partnering with Jeremy Word, who was doing Full Access at the time, and I started doing all the hard ticket sales for him. So, I had a whole promotion team under under me, and we’re slinging out tickets every weekend, a lot of times two shows a week, for a long time. I would sit downstairs in my apartment, and people would just be pulling up one after another after another the night before the show, and I would just be selling tickets that way. Then I moved on to be the producer, and I got to tour a little bit.

What appeals to you about running a venue?
I’ve been hospitality theme service industry scene for a very long time as a DJ. I’ve played pretty much every venue there is here in Dallas. And I’ve always wanted to own on a venue. So, when Leo and Don approached me — I mean, they’re great guys, and they’ve been doing Lizard Lounge for 25-plus years now. They’re good, quality people that I would want to work with, and to get involved with, and have on my team.

Tell me a little bit about what’s been going on there.
We’ve got some great upgrades coming through! I mean, everything is definitely much-needed. We’re re-doing the floors. We’re re-doing the bathrooms. The bathrooms were our number one priority. They were just they weren’t… nice, I guess. We did re-did the toilets. I mean, the women’s bathroom? I wouldn’t even want to go in there before. So, we re-did all the toilet. Gunny toilet. We got a nice little vanity thing going on. Just a lot of cosmetic updates.

What about the light-up floor?
Well, we tried our best to keep it. But it wasn’t practical. There were only, like, two or three lights working on the floor. So, unfortunately, we had to take out the floor. But we have a new light setup that will become the new staple. We’ve got a new rig going on. It was something that I guess they were talking about before we purchased it. It’s not in your face lights — but it’s a ceiling set-up. It’s going to keep the same It’ll Do vibe — like, a dark in warehouse vibe. It will light up the floors, and people are going to really like it. There is a lot of speculation on the Internet from people on Facebook and whatnot, wondering what we’re going to do to change it. And they’re really scared that, y’know, we’re going to go in there and change it all. But we’re keeping the same vibe. it’s still going to be minimalistic and all that. I’m really excited.

Well, let’s talk about how and why you got involved. I know you’re a music producer, but is this your first business venture outside of your own artistry?
No, I I became an investor in Lights All Night a couple of years ago. So, I’ve been working in the background of the electronic music scene out here. I’m trying to invest my myself into avenues that I love. So, like, I’d been booked for Lights All Night as an artist, and when I got approached for the opportunity a few years ago, I jumped right on it.

What are the plans for It’ll Do moving forward? And what are you most excited about?
I’m really excited about just coming together with Don and Leo — and Jeremy, who is still doing some of the booking at It’ll Do, still. We’re going to keep the same vibe. We’re gonna run it the best of our abilities, and we’re going to keep it going as long as we can. We believe in this scene, and we believe in the people that keep coming back every weekend.

So it won’t just be a playground for you to booked every Friday?
[Laughs] No. I don’t know if I’ll ever DJ there, actually. Y’know, it’s funny. When word started getting out that I was becoming involved with It’ll Do, there was a lot of speculation about my involvement. And I get it, because I’ve been playing places like Theory and Bottle Blonde for a long time. But those people don’t know my history; they’re seeing me coming over, and they’re thinking that I’m bringing that type of environment to It’ll Do, which is completely not the case.

It won’t be a bottle service club?
No. We are offering bottle service — but it’s just, like, four tables that we’re utilizing where you can have buy a bottle if you want, or purchase a table for four a bottle. And there was a lot of negative feedback on that — because people were thinking that meant all the usual theatrics, like sparklers and bottle girls coming with that.

So, you’re saying it won’t be like that.
No, not at all. So, when you’re facing the deejay booth, there are a couple of tables over to the left — and they’re big open tables. There’s a little platform where you can fit six to eight people easily around a table. And, listen, I get it. I get how It’ll Do fans don’t want that. They don’t like exclusivity. They don’t they don’t want a VIP spot. But it’s not. We’re just utilizing the club to the best of our best of ability, and trying to maximize the potential. Like, we were told by the previous owners, they were telling us that people were always asking for bottle service — like for birthdays of whatever. But it’s not going to be some crazy thing. Like, yeah, you can sit down, you can have your bottles so you don’t have to go to the bar, and you can sit with your friends and put your things down, or whatever. But that’s not going to be the whole vibe of the place.

What is your role in all this? Co-owner, sure. But what are your responsibilities?
I’m going to be working with Leo in operating and overseeing everything. It’s definitely a learning experience for me. I’m really excited to be under his wing doing this. Right now, I’m helping hire staff.

When I spoke with Don a while ago, he said one of his main goals was consistency — just trying to have the spot open Thursday through Sunday. Is there anything you tell me about any plans on that front?
So, throughout November, we’re doing four shows on Saturdays. In December, we’re looking into opening up on Fridays. Into 2020, we’re slowly going to dip our feet into more and more days.

What else do people need to know?
I mean, the biggest thing that they need to know that is it’s the same It’ll Do that people were coming to — it’s just 2.0. I mean, we’re updating it, but it’s all just much-needed changes.

So, you’re clearly hyped on the space? What do you love about it?
I love it because it’s all about the music. The core focus is the music. People go there just for the music, and everybody’s free to do what they want. There’s no judging, no harassment, nothing like that. It’s all just love and good vibes. Every time I’ve gone to It’ll Do, I just love being there. I love the people watching. I love watching people just move to music. And I’m really happy to be a part of it.