When A Fire Starts To Burn… 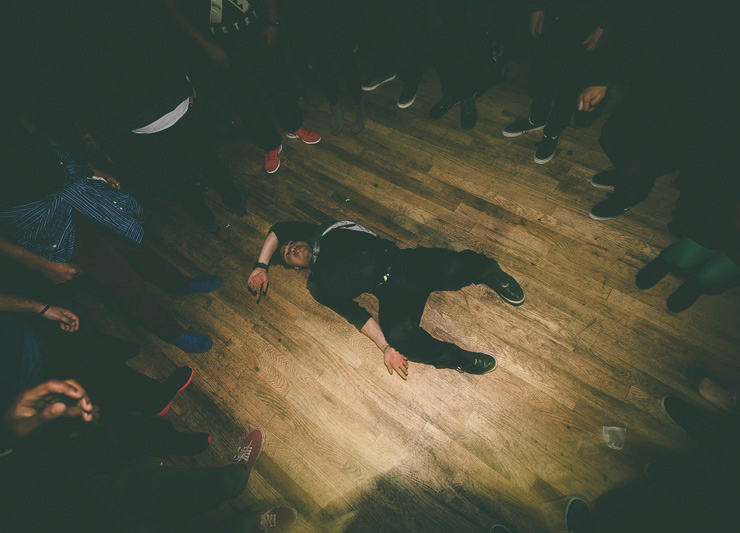 Between Lights All Night, the Lizard Lounge and even the more-underground and warehouse-oriented affairs that come and go over time, Dallas hasn’t exactly lacked for action on the electronic music front in recent years.

But even as those more bombastic affairs have earned their fair share of attention both locally and nationally, another subtler and arguably even cooler side of electronic music has started to bubble up in the region. This element can be seen in various forms — the genius of local producer Cygnus, the far underground championed by Wanz Dover’s Stereo On Strike events at Lizard Lounge sister spot Red Light Lounge and, most of all, at Brooke Humphries’ New East Elm spot, the formerly Jack Ruby-owned It’ll Do.

Since the Party Monster days of the ’90s, Humphries has seemingly always had her hand in this realm, even as her empire has expanded locally to include such ventures as Mudsmith, Pints & Quarts, Barcadia and Beauty Bar. But It’ll Do, the case could be made, is her crown jewel in this arena — a spot that, thanks to a carefully curated calendar and an aesthetic that blends retro and warehouse ideals, has helped earn Dallas an underground dance acclaim perhaps greater than its ever boasted before. I mean, really: The Starck Club days of the early ’80s notwithstanding, when else might a Dallas club have been called out by name on the BBC for hosting great parties?

A new venture launched with the turn of the calendar year looks to make It’ll Do’s offerings only stronger in the future: Earlier this month, Humphries announced that she’s teaming back up with her old cohorts Jeremy Word and Patrick Tetrick from the promotions and event production company Full Access — the brand behind Dallas’ long-running Meltdown party — to form a new entity called Wildfire Engineering. Together, this trio promises to bring larger scale but still underground-oriented electronic events not only to It’ll Do, but also to the Bomb Factory. It’s pretty big news — and a sign, presumably, that Dallas’ reputation on this front only seems primed for continued growth.

In the wake of Wildfire’s formal launch this past Saturday night as it hosted a party at It’ll Do with Polish production duo Catz N’ Dogz, we recently caught up with Word to discuss what else Dallasites can expect from Wildfire Engineering. Check out our Q&A on the matter below. At the bottom, you’ll also find a treat — Wildfire’s next seven shows, including three that, until now, haven’t been announced elsewhere.

Before we talk about the future, let’s briefly talk about the past. How’d you get your start in producing events?
I started throwing raves in 1999 in warehouses and eventually transitioned into doing shows at Bronco Bowl as well as Fair Park. I had been attending raves as a teenager and the community aspect of dance culture had my heart from the very beginning. I found this new world and wanted to contribute however possible. Our first show was Meltdown, in a warehouse called Decible over off South Lamar. I had met and started promoting for Brooke [Humphries] outside of a club where she was doing shows at that time in Deep Ellum called Gridlock. Brooke and I later launched Full Access in 2000 with a sold-out Paul Oakenfold show at Bronco Bowl as our first event. We later became partners and created Full Access, bringing dance music in Dallas into stadiums like Bronco Bowl and major concert halls like Market Hall and Fair Park. The vision was to present dance music to anyone and everyone who would listen — no matter their race, religion or sexual orientation. All the differences that society was trying to divide and tears us apart with, we threw out the window and created a real place for people to connect with each other on the dance floor. Patrick Tetrick, a sound genius as well as tour manager, agreed to come on board as well in 2002. A few years later, I became friends with Donnie [Estopinal of Disco Donnie Presents], when he was still throwing parties at State Palace Theater in New Orleans. Full Access partnered up with him during that time to grow.

Then you guys sold Full Access. At what point did that happen, and what came next?
We sold Full Access to NightCulture in September of 2012. I agreed to stay on and run Full Access for 3 years. We had seen the sell of Disco Donnie Presents to SFX earlier that year in June. I was already friends with the NightCulture crew, so we opened a similar dialog.

Speaking of SFX, though: I recently read that they’re considering filing for bankruptcy. Is the electronic bubble bursting?
Generally, I believe the connective power of dance music shows is stronger than it has ever been. That is seen first hand at Brooke’s visionary club, It’ll Do. Where things get tricky is when corporations like SFX continue to make cliche “big-business” decisions and trim budgets and leave tens of thousands of festivalgoers stuck walking 10 miles to their car in the Atlanta backwoods as happened at TomorrowWorld in 2015, or attempting to buy the property out from under a promoter with an active established festival like with Electric Forest in 2014, or stopping artists and record label payments for work they created as happened with Beatport in 2015. All of these actions are part of the SFX timeline and establish a pattern of behavior with SFX-related properties which I find an ugly shade of shady. Business models that don’t give a fuck about the music will never work because they lack a solid foundation.

So what is Wildfire Engineering, then? How much is Wildfire a response to what’s happening with companies like SFX? Who is a part of the team and what do they each bring to the table?
Wildfire Engineering is Brooke, Patrick and me. All three of us are dance music fans to the very core of our being. We all ran Full Access and a unique opportunity arose to “get the band back together” that couldn’t be passed up. This magic can be heard, seen and felt — it’s like coming home. Anyone involved with dance music can see how wrong SFX is for the culture itself. Wildfire Engineering is an effort to bring an authentic focus back to the dancefloor. The rise and fall of money-grabbers like SFX has occurred time and time again since we started doing shows. Those types simply don’t get it. Dance music is about authentic connections with music, people and art.

What, specifically, can people expect of Wildfire? Those other companies you all used to work with are still around. Are you competing with them? How will your events differ?
I love the legacy left with Full Access and wish them the best of luck on their path forward. Wildfire Engineering shows are a totally different approach in talent selection, sound system finesse, venue choice, production and everything that contributes to people connecting with each other around music.

Is Dallas demanding something like this, you think?
I think all of dance music culture is crying out for more legitimate music experiences. The gaudy bottle service trend is dead and buried. No one cares about that anymore. The “press-play,” pre-recorded, fake DJ set days are even further entombed into that same grave.

Where do you see things going from here? Where will you be putting shows? It’ll Do, obviously, but elsewhere? Anything confirmed on those fronts?
Well, the upcoming It’ll Do calendar is insane! We’re definitely diving deeper into the house and techno waters there. In addition to that, we are also launching a series of events at Bomb Factory and collaborating with some brilliant creative minds for larger scale in production and stage design.