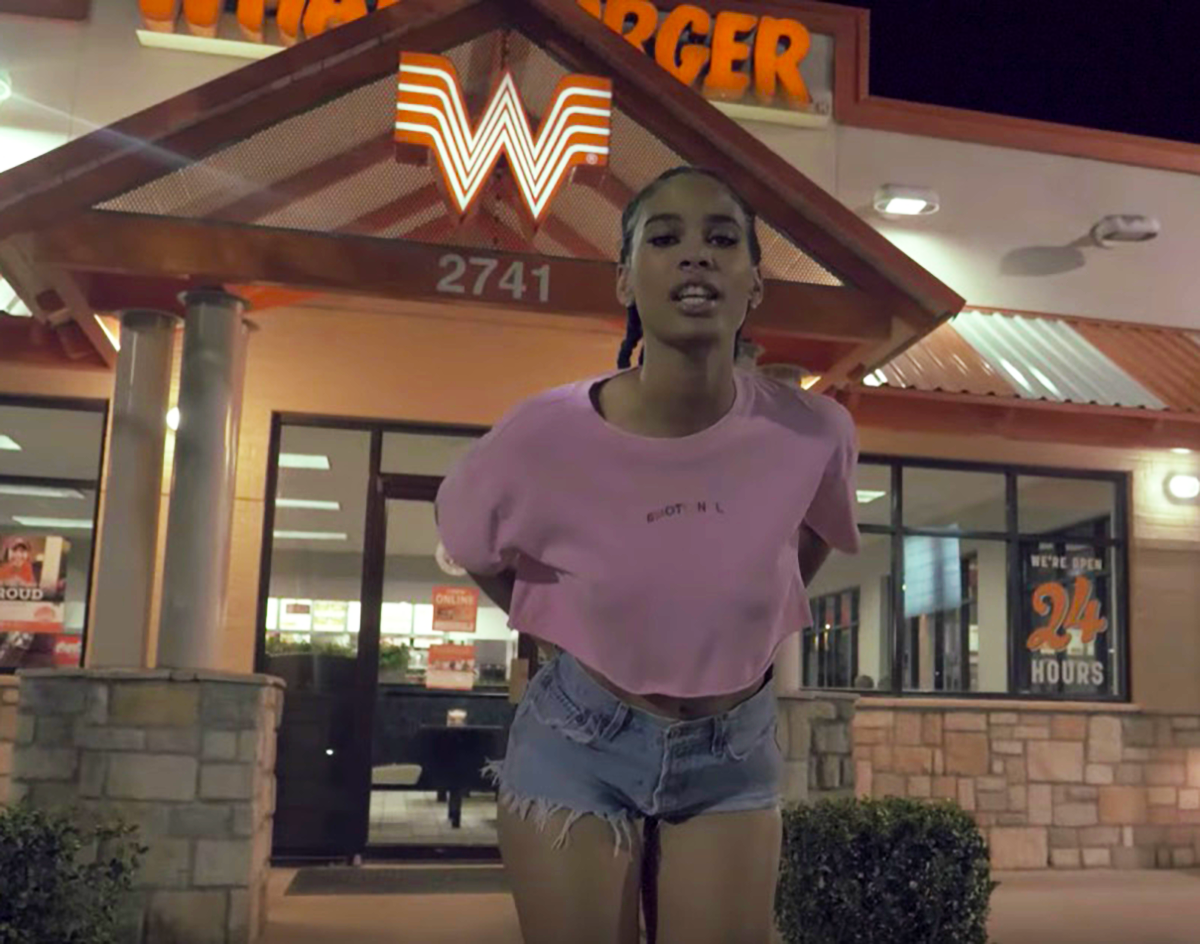 The Budding, Post Malone-Approved Rapper’s New Video Was Filmed At A Whataburger, Which Makes Us Think It Just Might Be Snowy In Dallas’ Rap Forecast.

Snowy — “Go”
RIYL: A No. 5 with no pickles.
What else you should know: Up-and-comer Snowy might still be somewhat of a freshman in the Dallas rap scene, but she’s not wasting anytime make moves. In fact, with just a handful of singles out, she’s already sharing stages with acts such as 10k.Caash and Young Thug, but perhaps her biggest co-sign thus far came in the form of Dallas’ most relevant festival: Posty Fest.

Yep, Snowy was one of the 14 acts featured on Post Malone’s personally-curated bill at AT&T Stadium earlier this month. Also among said bill? Yella Beezy, Pharrell Williams and of course, Posty himself. Not bad for a young rapper with no album out.

We really can’t call ourselves bewildered by her rising status, though. Snowy rides the beat of her latest single with seemingly little exertion for a head-bobbing introduction — all while at a Whataburger. Yes, Whataburger. (We’re 98 percent sure it’s the Whataburger off North Stemmons Freeway just past Inwood Road. Um, Dallas AF.)

Over a honey butter chicken sandwich, Snowy declares “I be in the honey/You saw my account/Start acting all funny/That’s just how shit go/Three in a row/Say I’m that bitch but I already know.”

Snowy is here, and it seems winter is coming.