Neighborhood of the Year: West Dallas. 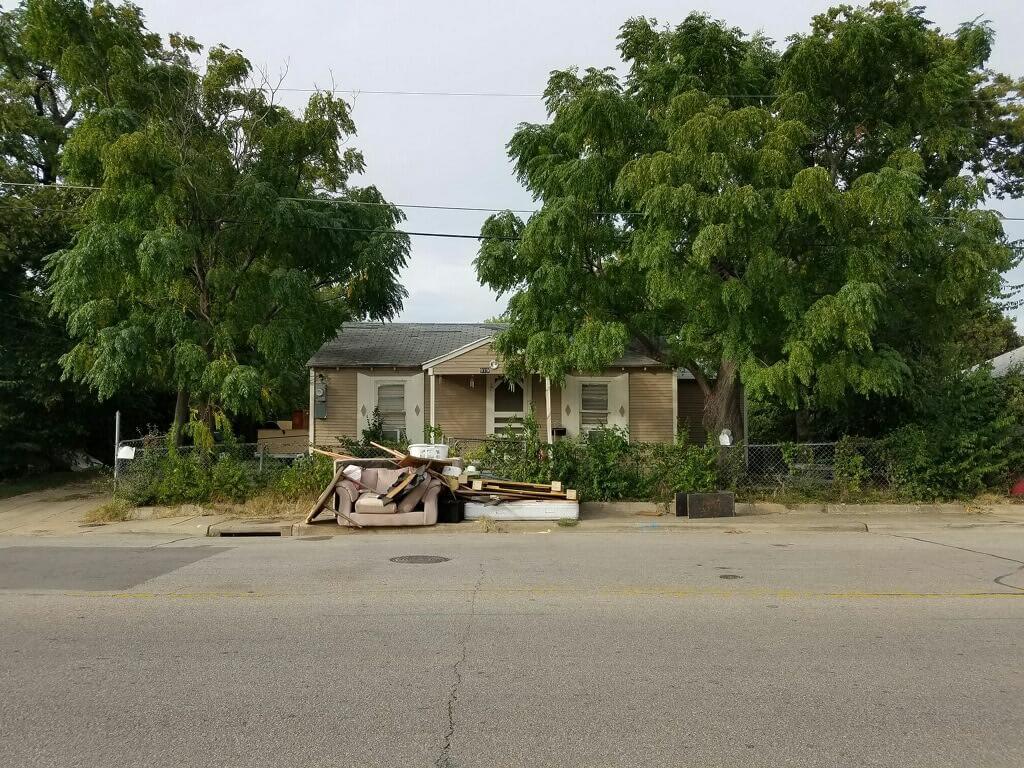 In The Face Of Seemingly Unstoppable City Development, West Dallas Residents Flashed A Remarkable Resiliency In 2016.

West Dallas’ infrastructure has been falling apart for decades. This is a secret to nobody — especially not to the families that live at the foot of the Margaret Hunt Hill Bridge.

And yet, in late September, the Dallas City Council voted to approve a new code of standard — one that would immediately affect hundreds of rental homes mostly in West Dallas. Whether the council knew this would happen back when it laid down the groundwork for the so-called (not to mention insulting) “Bridge to Nowhere” to be built — or if they even cared — is anyone’s guess. Their argument suddenly became about that the quality of housing had to be improved for renters.

But the question has to be asked: Why now? Why not ask slumlords to improve physical conditions 15 or 20 years ago?

Unfortunately, this is the story of America. Someone “discovers” a new area and then settles where human life has already sprung.

See Also: Dallas’ Neighborhood of The Year (2015). // This Year, Deep Ellum Cooked Up A New Identity.

Not sure if anyone’s really getting screwed here? Huh. OK, well, ask the water protectors at Standing Rock if they’d side with the high-end developers lobbying city hall or the residents of West Dallas who are facing displacement because an “upwardly mobile” young person wants to live near where they hang out on the weekends.

The truth is that nobody wanted West Dallas until the rich wanted it. And now City Hall is doing it’s best to hand the keys over to those people. Why? Come on. With millions in subsidies and incentives for high-end developers, why wouldn’t you want a slice of the cake in West Dallas?

It’s for that reason that we here at Central Track would like to acknowledge West Dallas – and the communities of of La Bajada and Los Altos, specifically – as our neighborhood of the year. If for no other reason, we’re doing it because the longtime residents of this part of town deserve some recognition. In reality, though, the ability to stomach decades of bureaucratic and civic neglect from our city officials deserves real action rather than some meaningless award. These residents’ sheer resilience and ability to keep pushing forward in the face of developers building pristine new complexes around them — with the city’s help, no less, and help that should’ve gone this community’s way years ago — is astounding.

Something is fundamentally, morally wrong with hundreds of families facing eviction around the holidays — and with Mayor Mike Rawlings being in on it, clearly concerning himself more with how the land being opened up by these soon-ot-be-vacant properties might be used than with standing up for his citizens and wondering how the properties got so downtrodden in the first place. Somehow even worse? When the supposedly bad guys at HMK Limited — the owners of these properties and landlords of these residents — offered City Hall a solution that would increase homeownership in the area with the help of Habitat for Humanity, the mayor immediately rejected that plan.

The West Dallas community is not a helpless lot. They are remarkably strong, acting quickly and finding new homes in other parts of town, even if that means abandoning dreams of homeownership in the neighborhood they’ve called home for decades now. But that hardly means they didn’t deserve the basic human decency of being invited into the conversation surrounding this neighborhood’s future. Instead, the fates of their futures are being determined in closed-door meetings, with final decisions getting delayed and delayed over and over again as temporary stay-of-executions are granted. For now, tenants will be able to stay in their homes until next June so the children here can round out the school year.

Is that a win? We suppose so. But, the thing is, this neighborhood has been winning. A small, Latino-owned taqueria here called Trompo opened its doors and was named one of the best new restaurants in the country. Business is so booming for Trompo, in fact, that its owners are gearing up to open up a second location that will help bring some West Dallas flavor to a new part of town.

That’s a classic West Dallas story right there — one that flies in the face of the narrative that was so prevalent during the construction of the Margaret Hunt Hill Bridge, in which the roadway was dubbed the “Bridge to Nowhere.”

Talk about some bullshit.

This year, the people of West Dallas made it known that, just at the foot of the bridge, right next to the unpleasant scent of the Trinity River, a community could prosper if it were only given a chance.