What Do You Think Of Anthony Brown’s Tattoo? 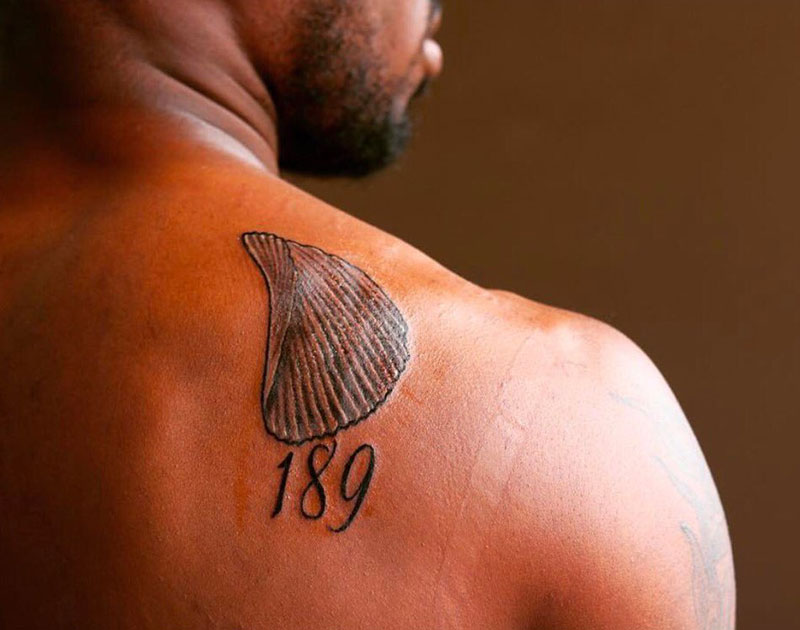 [Poll] Last Week, Dallas Cowboys CB Anthony Brown Posted A Photo Of A Tattoo He Got Of A Chip On His Shoulder — Then Deleted The Post. We Gotta Ask: Is His Tat Lame Or Amazing?

On Friday afternoon, Bleacher Report’s Dallas Cowboys columnist Marcus Mosher posted one hell of an image to Twitter — a screengrab of a post that Anthony Brown, the second-year Cowboys player and presumed starting cornerback heading into the 2017-2018 NFL season, had shared to his Instagram feed, then promptly deleted.

The image was of a tattoo that Brown had apparently inked onto his upper back, right near his shoulder. The tattoo depicts a potato chip — specifically a Ruffles chip, it would seem — right above the number “189,” with the former representing the figurative chip Brown has on his shoulder in regards to the latter, the literal number at which the Cowboys drafted him in the 2016 NFL Draft.

Read the caption: “Been playing with a chip on my shoulder all my life..”

It’s official. The #Cowboys need to draft a #CB at 28. Anthony Brown’s tattoo is release-worthy. pic.twitter.com/LhnwV0IEXu

It’s fairly easy to understand why a player might inscribe such a tattoo on their person. Presumably, it would serve as a reminder for Brown to always play with a certain edge, to work hard in practice and, even though he’s now the likely starting CB on the Cowboys, to not forget what got him to the point where he is now — which is a pretty good place, considering that he earned himself more playing time in his rookie season than anyone outside of the organization could’ve likely expected, and that he did pretty well in those snaps, too.

Then again, it’s a super basic tattoo. Which is why Mosher’s tweet earned copious replies roasting Brown’s tattoo, with even DiGiorno Pizza getting in on that action. Although it’s impossible to tell at this point if Brown’s own followers on IG were similarly roasting him for the tat and if that is why he has since deleted that post from his feed, one has to guess that it at least played a bit of a factor in that call, right?

But should Brown be embarrassed by the tattoo? Honestly, we’re a little split on this. On the one hand, seeing our favorite athletes get corny tats like this isn’t the worst thing in the world, as it shows that they have a real passion and dedication to their craft, and that their mind is clearly on the task before him. On the other hand, yeah, it’s pretty damn corny.

So, we’re putting the question to you: What are your thoughts on Brown’s chip-on-his-shoulder tattoo?