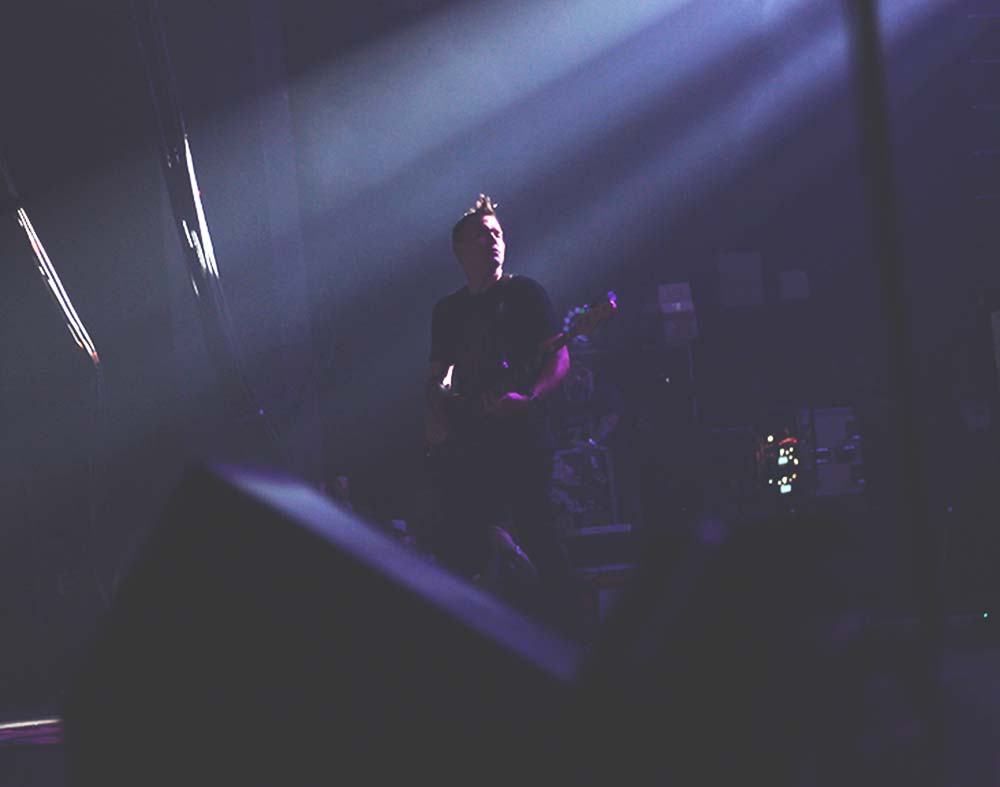 If you have seen the trailer for the upcoming Sonic the Hedgehog movie, the answers to the above questions are all likely “yes.”

But let’s look beyond Sonic’s gawkish appearance and focus on the trailer’s use of Coolio’s “Gangsta’s Paradise” as its soundtrack. Doesn’t that change the way you listen to Coolio? Would you rather listen to an artist without having to subject yourself to thinking about those weird, human hedgehog teeth?

If the answers to the above questions are also “yes,” it may be beneficial to divert your attention towards artists whose music has not been tainted by that cursed trailer.

In this feature, we are happy to highlight some artists that not only meet this criteria, but also deserve your consideration for when they play their Dallas shows that have been freshly announced this week.

GOT7
Wednesday, July 3, at American Airlines Center
On sale Friday, May 17, at 4 p.m.
Next to BTS, GOT7 is perhaps one of the most commercially-successful K-pop boy bands out there.


21 Savage
Saturday, July 13, at South Side Ballroom
On sale Friday, May 10, at 10 a.m.
After the shocking and devastating news of his arrest by the U.S.’s Immigrations and Customs Enforcement, Atlanta-via-London hip-hop sensation 21 Savage is persevering and still touring the US. This summer, the “Bank Account” rapper is scheduled to make his first DFW appearance since his co-headline gig with Post Malone at Toyota Music Factory.

Gabby’s World + Bellows
Friday, July 26, at Transit Bicycle Co.
On sale now.
The former is the project of singer-songwriter Gabrielle Smith, formerly known as Eskimeaux. The latter is one of many projects that is spearheaded by Felix Walworth.

Blink-182 + Lil Wayne
Friday, August 2, at Dos Equis Pavilion
On sale Friday, May 10, at 10 a.m.
This is an incredible pairing, and you are wrong if you think otherwise.

The Gotobeds
Monday, August 5, at Ruins
On sale now.
The Pittsburgh rock outfit is releasing its Sub Pop debut Debt Begins at 30 later this month. As good as this band is, it is clearly not acquainted with the student loan crisis.

Prince Daddy and the Hyena
Tuesday, August 6, at Club Dada
On sale Friday, May 10, at 10 a.m.
Retirement Party and the Obsessives open.

Sidney Gish
Tuesday, August 13, at Club Dada
On sale now.
Months following a series of tours with the likes of Mitski, Vundabar, Camp Cope and Petal, Boston-based singer-songwriter Sidney Gish is embarking on a tour that will include her first headline stop in DFW.

Collective Soul + Gin Blossoms + Tonic
Sunday, September 1, at The Pavilion at Toyota Music Factory
On sale now.
This Holy Trinity of ’90s alt-rock nostalgia makes its way through Irving on the Lord’s Day.

Flor
Friday, September 13, at Trees
On sale Friday, May 10, at 10 a.m.
In February of last year, Flor sold out Three Links months in advance. It is fitting, then, that the band has graduated to a venue nearly three times the size.

Sinkane
Friday, September 20, at Three Links
On sale Friday, May 10, at 10 a.m.
Sinkane’s 2019 album Depayse will be released later this month via City Slang, and to promote this, the Sudanese-English artist will make a run through North America. Says the experimental musician on his upcoming LP: “Dépaysé is the story of an immigrant’s journey of self-discovery in the Trump era. The music is loud and raw, and it’s bursting with an energy unlike anything I’ve ever done before.”

Barns Courtney
Saturday, September 21, at House of Blues
On sale Friday, May 10, at 10 a.m.
This English folk pop artist has been a bit of a radio indie darling as of late, having been tacked onto opening tour slots for acts such as the Kooks, Elle King (whom Courtney performed with at House of Blues in Dallas just this week), The Wombats and Fitz & The Tantrums. He’s clearly paid some dues, and it has elevated him to headlining a show at House of Blues on a Saturday.

Zedd
Saturday, September 28, at The Pavilion at Toyota Music Factory
On sale Friday, May 10, at 10 a.m.
Over the past few years, Russian electro-house giant Zedd has belted out hits such as “Clarity” and “Break Free” and collaborated with just about every major pop artist of late (including DFW’s very own Maren Morris.) Love him or hate him, he is indubitably a force to be reckoned with.

Mt. Joy
Wednesday, October 16, at Granada Theater
On sale now.
In 2016, two buddies from high school met up in Los Angeles, found a bassist on Craigslist and started jamming. The following year, they played major music festivals and toured with the Shins and The Head & The Heart. Now they have over 2 million monthly listeners on Spotify.


Bastille
Thursday, October 17, at South Side Ballroom
On sale Friday, May 10, at 10 a.m.
These French history enthusiasts had a big year in 2013 with their hit single “Pompeii” — and now they’re back!


Yung Gravy
Friday, October 18, at House of Blues
On sale Friday, May 10, at 10 a.m.
Following a succession of sold-out gigs at Dada and Trees, the “1 Thot 2 Thot Red Thot Blue Thot” rapper makes his third Dallas appearance at House of Blues this fall.

Caravan Palace
Tuesday, October 29, at Granada Theater
On sale now.
Like other French electronic artists FKJ, Madeon and those dudes with those helmets, electro swing septet Caravan Palace has amassed a dedicated following around the globe. Following a lengthy summer tour in Europe, they will end their equally draining run through the United States in Dallas in late October, and hopefully get some rest after that.

Stiff Little Fingers
Wednesday, October 30, at Trees
On sale Friday, May 10, at 10 a.m.
Northern Irish punk band Stiff Little Fingers formed around the same time as other UK punk trailblazers such as the Damned, The Fall, Crass, the Vibrators and the Buzzcocks, and as such, they carry a legacy just as significant. As Todd Louiso’s character once man-splained in High Fidelity, this band was heavily influential to acts such as Green Day.

Two Door Cinema Club
Tuesday, November 12, at South Side Ballroom
On sale Friday, May 10, at 10 a.m.
This UK indie pop act has had a big decade, although its peak success in the earlier half of the ’10s has appeared to wane. Still, here the band is promoting the release of its fourth full-length LP, False Alarm. The “What You Know” outfit will make its umpteenth return to Dallas five months following that.


Incubus
Friday, November 22, at The Pavilion at Toyota Music Factory
On sale Friday, May 10, at 10 a.m.
Did you know that Incubus and System of a Down played a show together at the Galaxy Club (what is now the Point Skate Shop, as we pointed out in a previous piece) in 1998? A lot has happened since then! The California rock band played Ozzfest, dominated the rock charts in the early ’00s, enjoyed a resurgence in 2006 with Light Grenades and went on hiatus two years later, only to return to the spotlight in 2010. In recent years, the band has been touring with other Generation Y dinosaurs such as Deftones and Jimmy Eat World, but appear to be flying solo this time around.