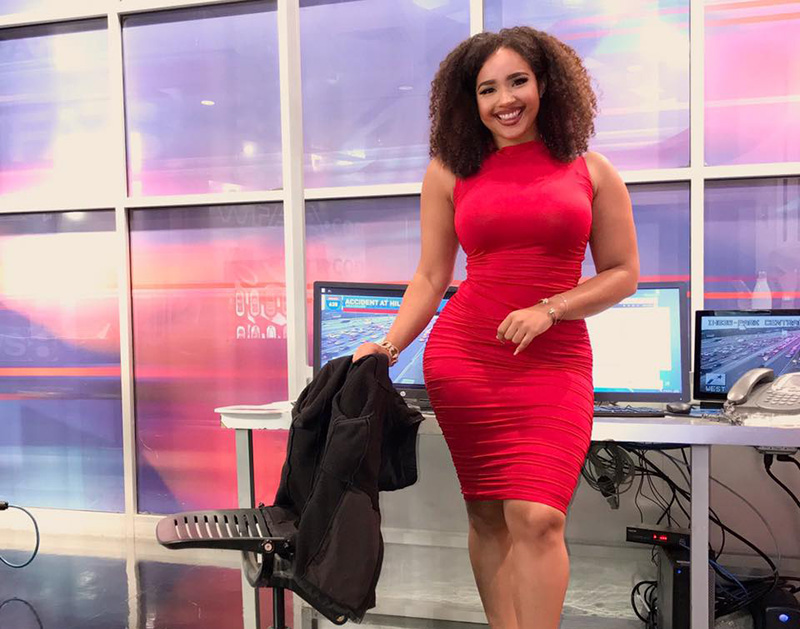 Women on television are constantly policed and scrutinized about their bodies — and especially if they are women of color.

WFAA traffic anchor Demetria Obilor experienced that much firsthand last week as she found her appearance criticized in a Facebook post by a viewer who had seen her on TV and couldn’t handle what she’d watched: 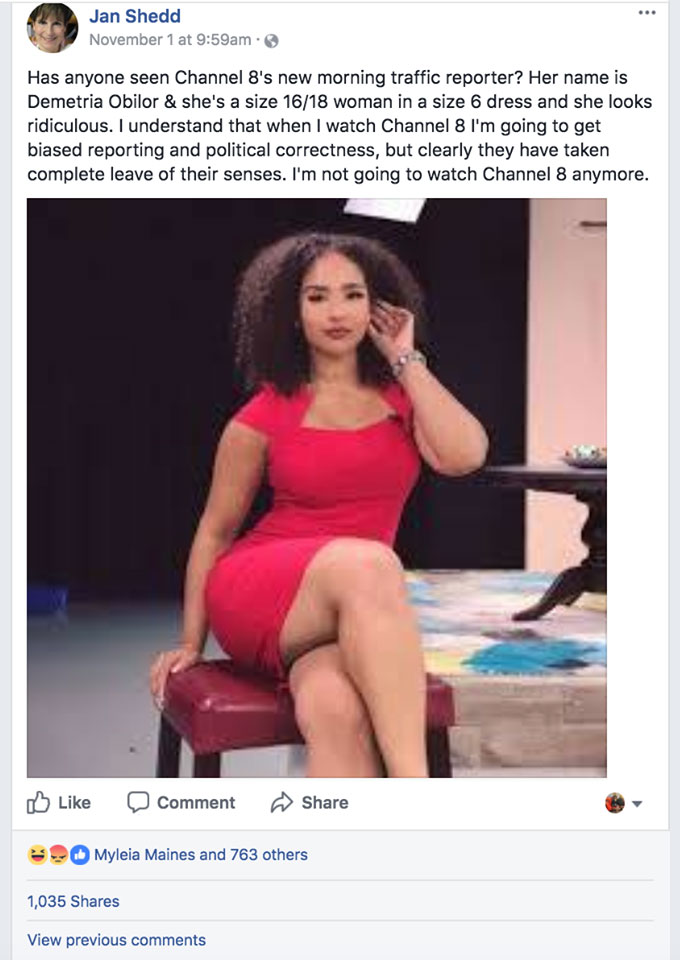 Shedd’s post is pretty much a perfect example of internalized misogyny and how poorly women are still treated in 2017. But more than sexist, the criticism lobbied Obilor’s way was also racist: In the comments of Shedd’s post, the anchor’s hair, clothing and body type were all slammed.

Fortunately, so too were Shedd’s words, which were quickly panned by news outlets and celebrities lending Obilor their support, among them Chance the Rapper:

Obilor, for her part, took all this in stride and posted a video on Twitter where she addressed the situation:

Addressing the haters, showing love to my ppl 💗 and thank you @chancetherapper 💯 pic.twitter.com/ks2cTSuLLe

Obilor really didn’t owe anyone an explanation or justification for her body type or her wardrobe, but her tactful response stills serves as a fine example of how to handle criticism from bigoted idiots in 2017.

Another lesson to be gleaned from this situation? Unless you wanna get put on blast, maybe think twice before criticizing people’s appearances on social media. In other words: Don’t start no shit, won’t be no shit.

But also? Ugh, just be a better person, damn.