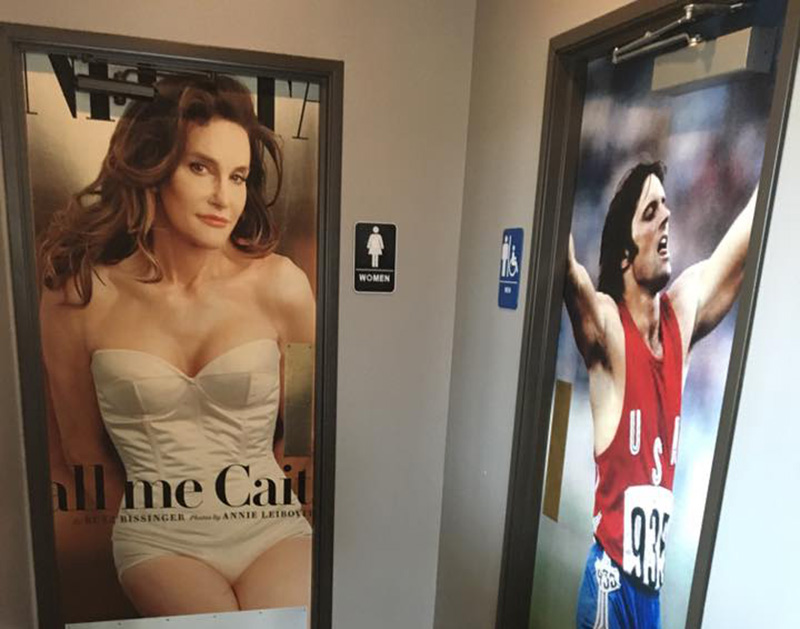 It may be 2017, but the folks in Dallas’ suburbs are itching for the good ol’ days.

That became clear when Dodie’s Place Cajun Bar & Grill caught the ire of the internet last week after a photo of the restroom’s transphobic restroom signage went viral and caught the attention of national news sites.

The image taken by Dallas Morning News digital editor Dom DiFurio shows two restroom doors. The door to the women’s room had an image of Caitlyn Jenner and the men’s door had an image of Jenner pre-transition.

DiFurio, who grew up in Allen, took issue with the signs and wrote a strongly worded opinion piece about the “bubble” in which Allen residents live.

Writes DiFurio: “In Trump voting regions, like the one this restaurant resides in, we’ve seen exclusionary behaviors emboldened by our president and reinforced with armaments like “political correctness,” “fake news” and the “snowflake” label. It’s time for more of us to start recognizing the damage behind the wink-and-nod jokes that too often occur in everyday activities and places. Like the bathrooms at your local suburban restaurant.”

You would think that such bad press would force an apology, but instead Dodie’s management posted the following non-apology a few days ago: 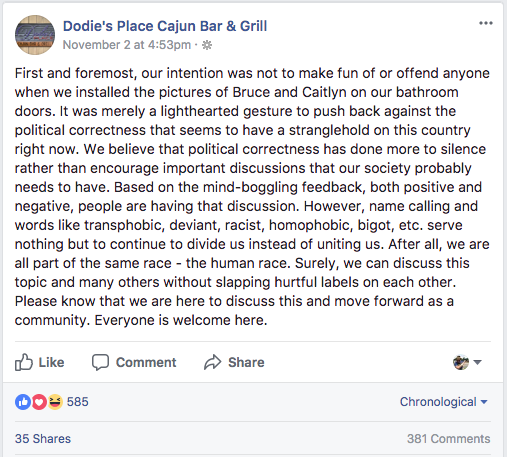 As you can see, the statement isn’t really an apology at all but rather a combative response to the claims of Dodie’s actions being transphobic. At this point, the restaurant says it has no intention of taking the images down.

But perhaps what’s saddest about this whole thing is that the images have been up since August, meaning that the people in Allen, who have seen them for months now, saw absolutely no issue with the images.

The rest of us also have the right to not spend any money here.

Besides, who the hell actually wants to hang out in Allen anyway?