Watch: Here’s What Mark Zuckerberg Did In Oak Cliff. 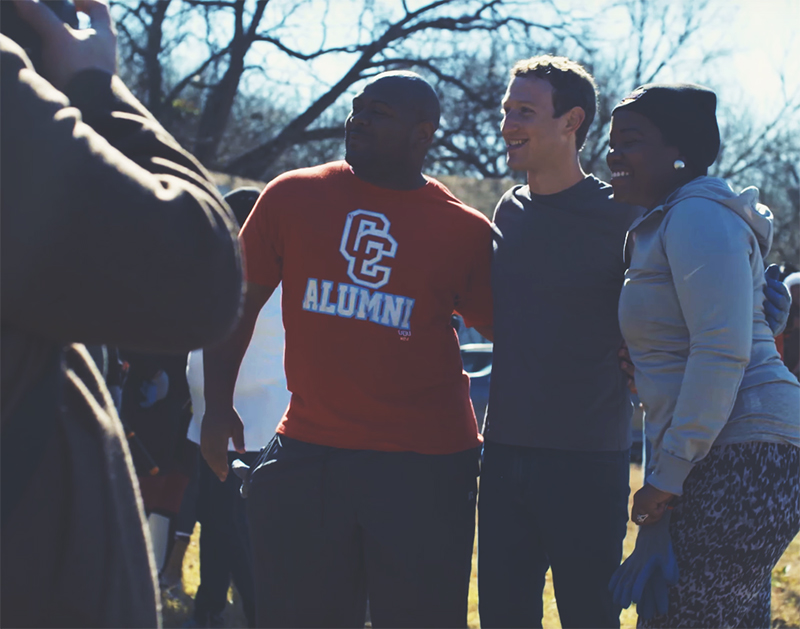 Last month, when Facebook head honcho Mark Zuckerberg was totally not in town to just lose a $500 million lawsuit, dude made the rounds: In addition to his stop in court, he went to the rodeo in Fort Worth; he visited his company’s North Texas data center; he talked to Dallas cops about how social media affects their work; he talked to community leaders in Waxahachie and church leaders in Waco; and, for his very first trick, he joined in on an effort to build a community garden in the food desert that is Oak Cliff.

The press went gaga over that last one in particular. But what did he do there, exactly? Thanks to a new video from the folks at Think Branded Media, we now know. Check it out:

The video comes as part of Think Branded Media’s efforts on a new documentary film project called Where’s The Food?!, which aims to question why in a town as affluent as Dallas, so many of the city’s residents are food insecure and living in food deserts.

Earlier this month, the Think Branded Media team released a teaser trailer for their ongoing effort.

Although the teaser may imply that a feature-length documentary on their subject could be right around the corner, Think Branded Media’s Beau Ethridge is quick to warn that this isn’t exactly his team’s goal.

“Our approach is to tell this story in real time,” Ethridge says.

To that end, the team plans on continuously releasing mini-sodes from its project on a weekly basis. Hence the above clip from the Zuckerberg trip (where Ethridge and his team were the only film crew allowed on site), and the previously released feature on the Early Matters Dallas project at Commit. As part of its Where’s The Food?! efforts, Think Branded Media plans on releasing new videos about Dallas’ under-reported food issues on a weekly basis for the foreseeable future.

The hope, Ethridge says, is that by rolling out this footage in chunks, the Where’s The Food?! project will develop an audience over time that will be interested not just in the stories told, but in how they can help find solutions to the problem.

“We want to be connecting the dots for people along the way,” Ethridge says. “The whole idea is to connect people. And everyone can relate to a plate of food, so we should all be able to relate to this issue. But our focus, really, needs to be on solutions.”

Head here for more information on Where’s The Food?!