Why Is Mark Zuckerberg In Dallas? 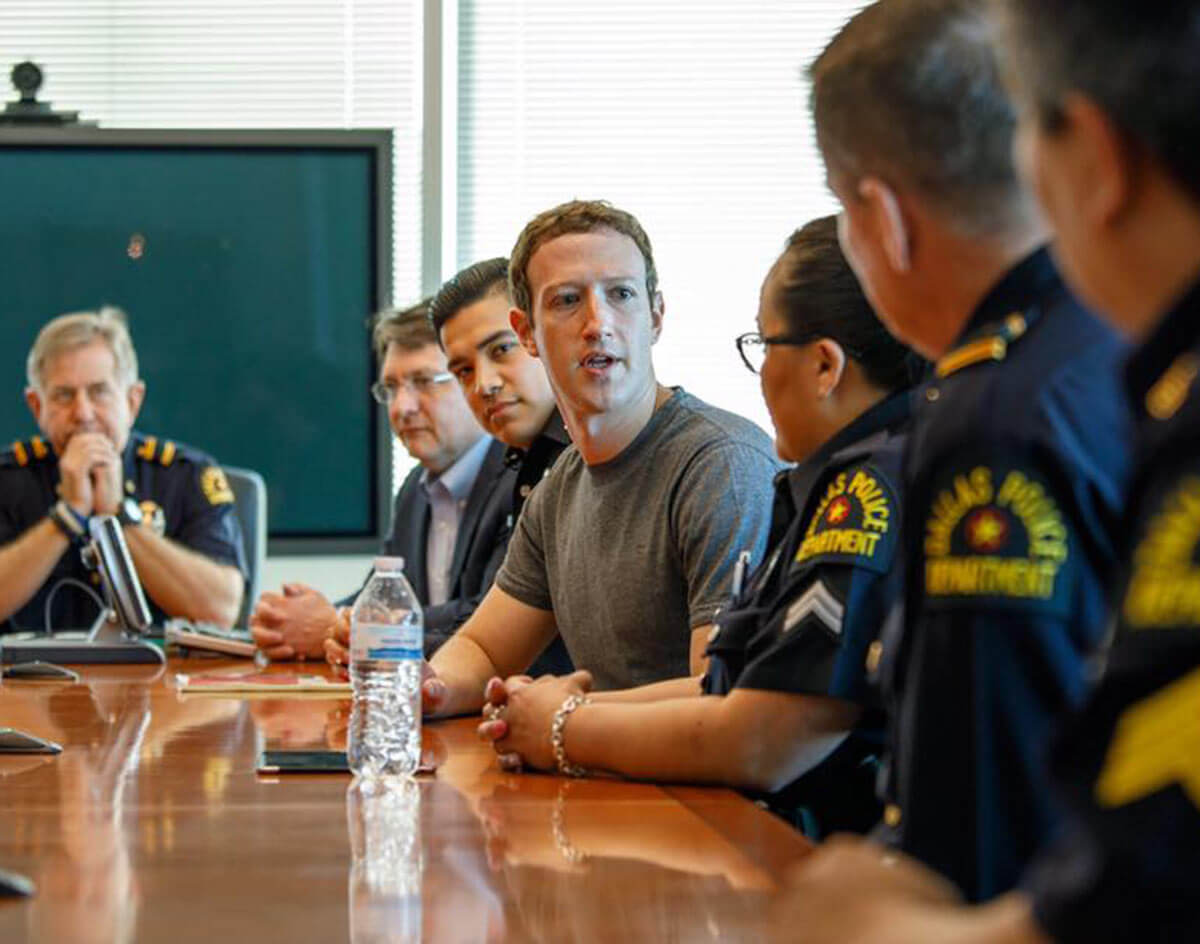 Facebook CEO Mark Zuckerberg Posted About Planting An Oak Cliff Garden And Meeting With DPD Cops On Monday. But He’s Really In Dallas To Testify In A $2 Billion Tech Trial.

There’s no avoiding Mark Zuckerberg. You can’t block him on Facebook and, turns out, you’ll never know when he’ll turn up in your city, either.

Ostensibly as part of part of his personal “Year in Travel” initiative, in which he hopes “to get out and talk to more people about how they’re living, working and thinking about the future,” the Facebook CEO and founder made Dallas the very first stop on his tour today, using his time to plant a garden with high school students in Oak Cliff and to meet with higher-ups at the Dallas Police Department.

Naturally, he posted about both of these experiences on his Facebook page.

The Oak Cliff stop came first. Per the Dallas Observer, the community garden-planting stop was Commit Partnership‘s idea: They’d invited The Man With A Billion Friends to tag along in their efforts to make Oak Cliff at least a little less of a food desert after hearing through a “friend of a friend” that Zuckerberg was looking to volunteer somewhere around town while here on Martin Luther King Jr. Day.

Next up, Zuck stopped by DPD HQ to talk shop with some cops. In his words, he “got to thank the officers for the important work they do, and [they] had a good discussion about how social media is changing law enforcement. Facebook and technologies like live video create new ways to build accountability and trust, but they also create new challenges for police that didn’t exist before. The officers had good ideas for how we can help them connect with their communities and keep people safe.”

I bet they did!

Hey, at least he didn’t call them a “model” department.

We’re not sure if Zuckerberg will make another altruistic stop while in town, but we do have some ideas on what locations he might hit next (aside from hip eateries). If we were betting on it, we’d say he’s likely to check in at Facebook’s Fort Worth data center since he’s in the area an all. He could stop by Oculus VR’s Dallas offices too, since Facebook owns that company.

But, most of all, we’d suggest bringing your selfie sticks to the Earle Cabell Federal Building & Courthouse one of these next few mornings if you’re looking to get you some hot Zuck action for your feeds.

According to the Dallas Morning News, a $2 billion tech trial at the courthouse about trade secrets between Oculus and ZeniMax Media, which owns Richardson-based video game company id Software (Doom, Quake), was likely to bring the Facebook CEO this way to testify this week. The trial mostly seems to center around the actions of John Carmack, the Oculus CTO who co-founded id Software. In 2015, D CEO ran an interesting profile on Carmack and his transition away from traditional gaming and into the VR world.

Anyway, seems this is one lawsuit that merits Zuckerberg’s attention — if not the reason why the dude’s in town in the first place, his social updates insinuating otherwise notwithstanding.