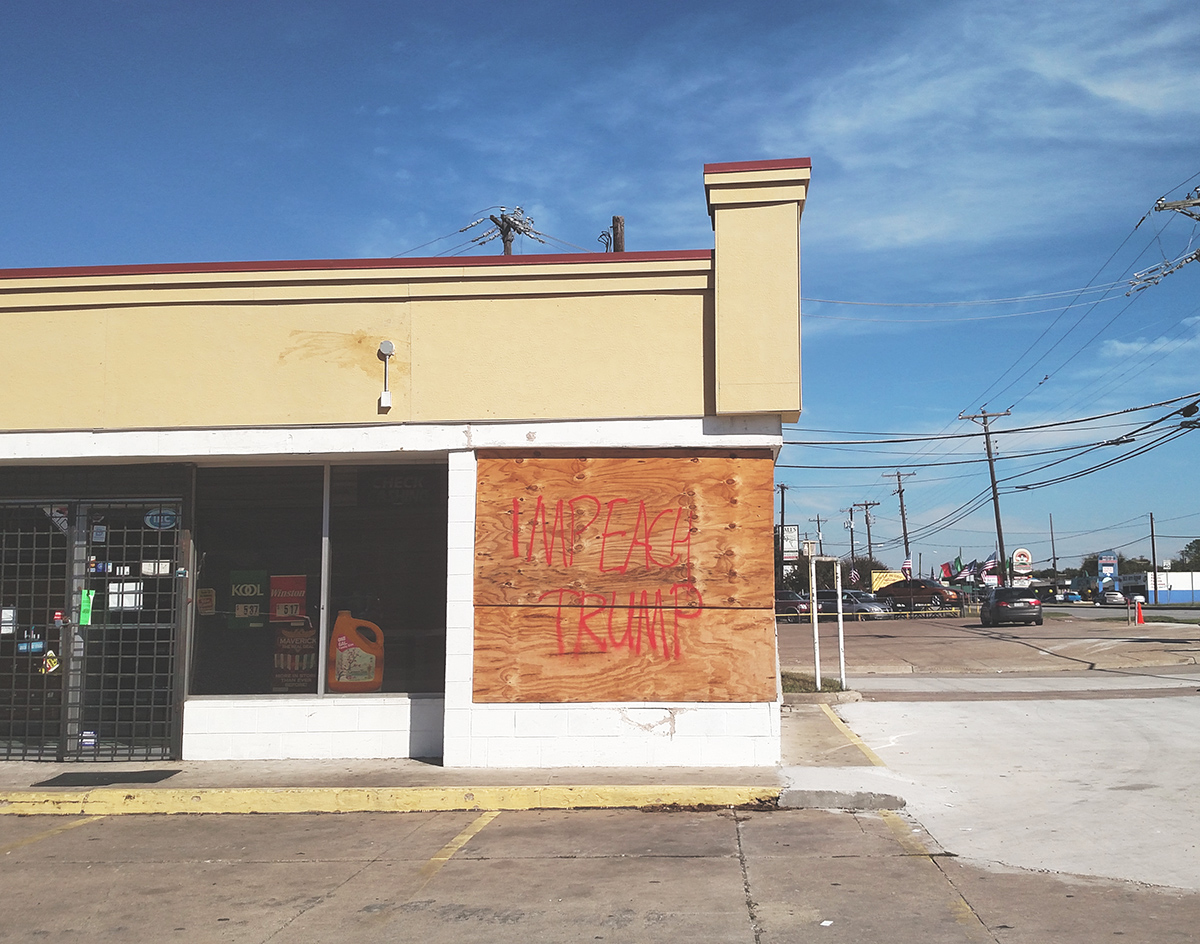 At The Intersection Of Peavy And Garland, One Tagger Is Already Calling For President-Elect Donald Trump’s Impeachment.

The intersection of Peavy and Garland roads in the Casa Linda neighborhood of Dallas is a fairly busy one. Shame, then, that the convenience store at this stoplight’s northwest corner has been shuttered for the past few months, its windows boarded up with plywood. Seems like someone could make some use of the real estate, no?

Well, in the wake of Tuesday’s presidential election, someone has!

Earlier this week, someone took to the vacant shop’s traffic-facing walls to use them as billboards to share their thoughts on Donald Trump’s win. Those thoughts? By my count, they’re 75 percent “Impeach Trump” and 25 percent “Trump Out,” which, far as I can tell, is just a re-wording of the first sentiment.

But what of this anonymous tagger’s actions? Considering they occurred in one of Dallas’ bluest voting districts, they’re not too surprising. They’re also pretty illegal — just objectively.

But, hey, at least they’re not hateful. 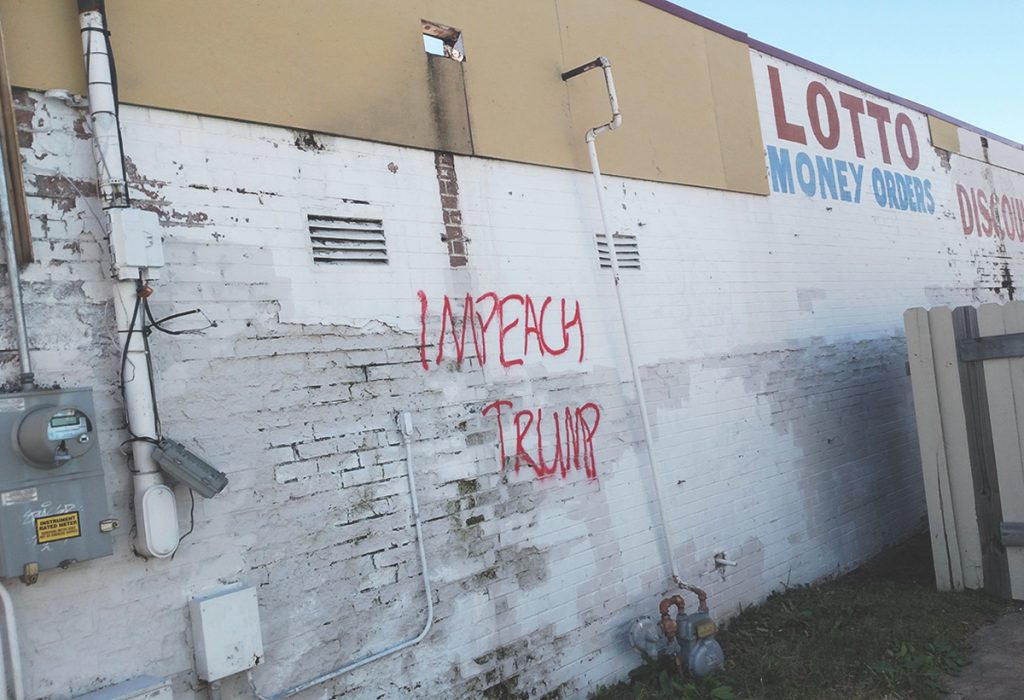 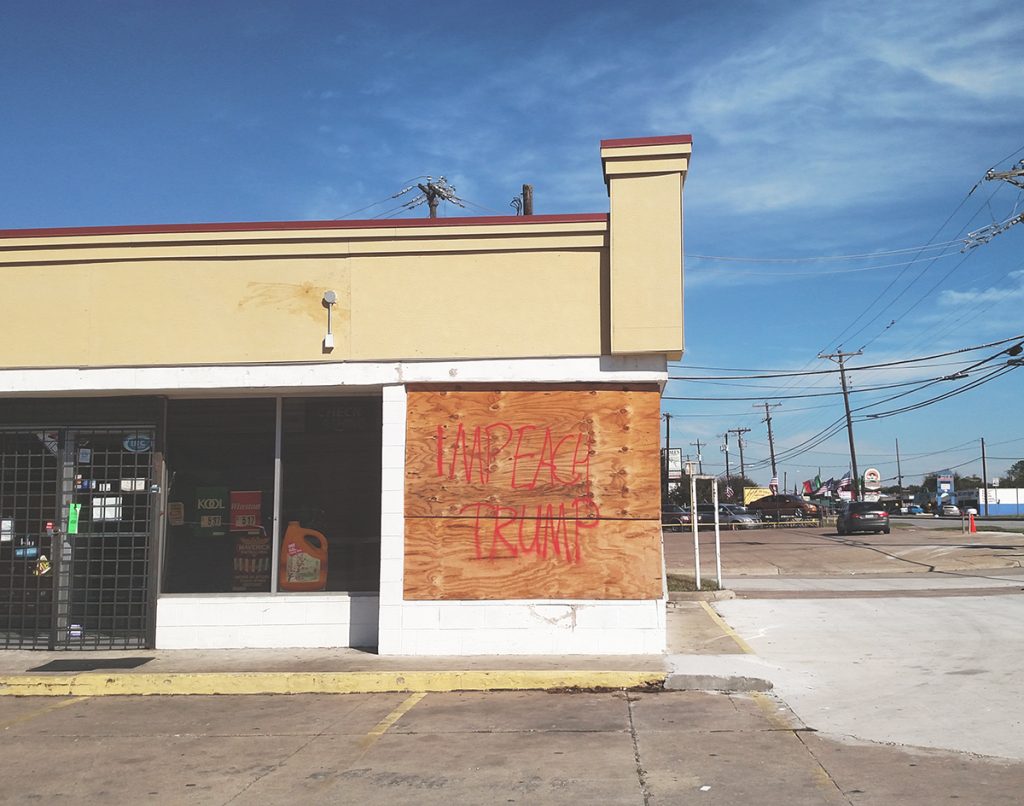 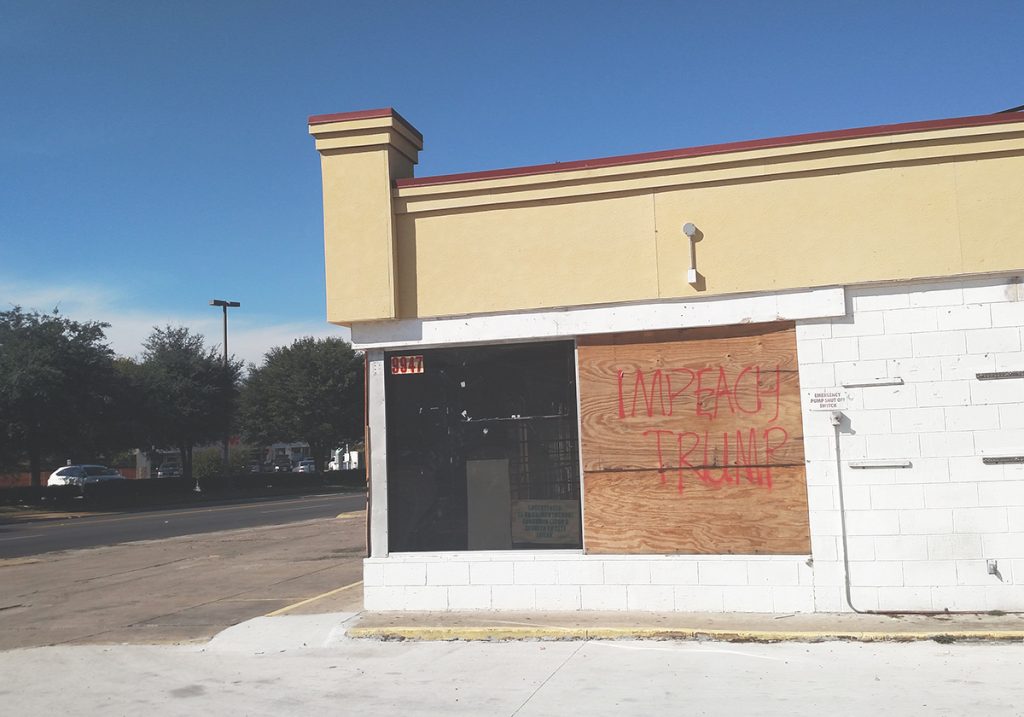 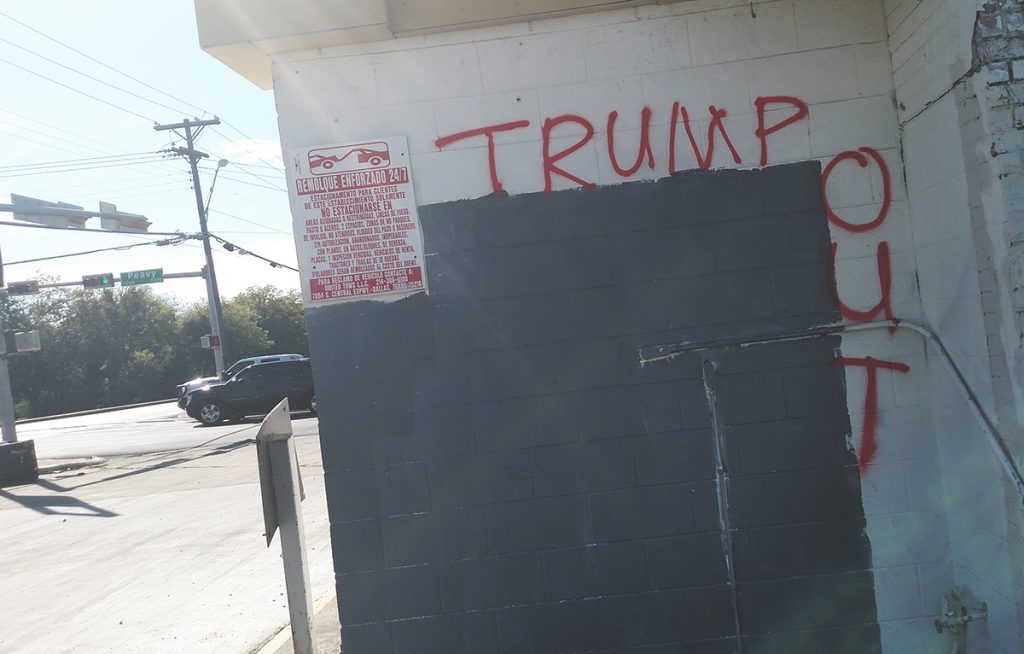