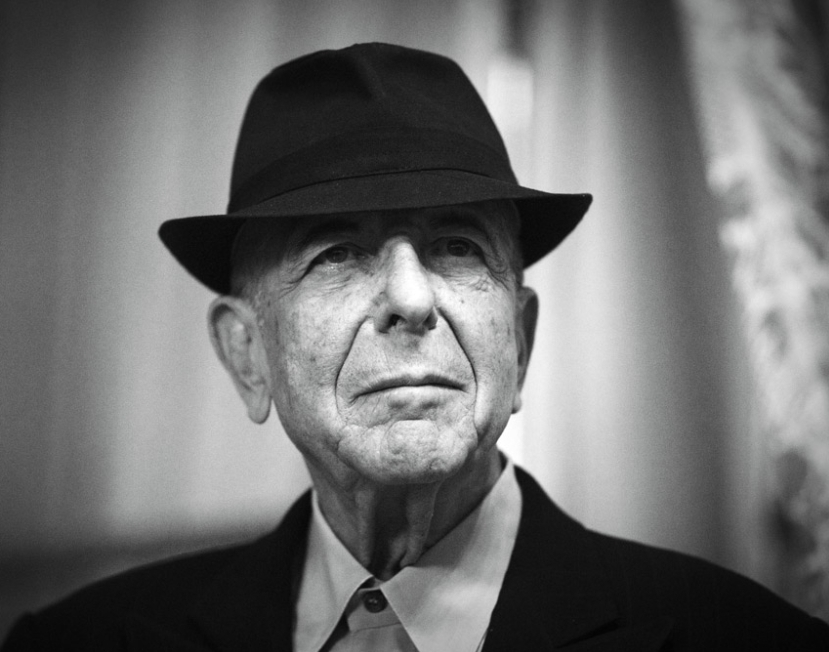 In a lengthy October interview with The New Yorker, the 82-year-old troubadour Leonard Cohen said, “I am ready to die. I hope it’s not too uncomfortable. That’s about it for me.”

The interview was meant to promote Cohen’s October-released final album, You Made It Darker, the title track of which bears the chorus, “I’m ready my Lord.” Much like Bowie’s own final album earlier this year, Cohen died earlier this week, only three weeks after his final effort’s release.

One of the top five most influential songwriters from the ‘60s moving forward, Cohen’s death was a big blow that was only softened somewhat by his old age and his Bowie-like acceptance of his own demise. And surely there’s some solace in knowing that his massive catalog of genius lyrics, poetry and songs will endure for decades to come, passed down from generation to generation through the thousands of times they’ve been covered.

That in mind, here are but a few of our favorite Leonard Cohen covers from North Texas artists.

Pentatonix – “Hallelujah.”
When the Arlington a capella group included a version of Cohen’s most overly-covered tune on its recent Christmas LP, we read multiple reviews questioning the decision. And, yeah, we get it: Why would anyone ever tackle this one after Jeff Buckley so famously made it his own? But we’ve since seen dozens of blogs touting this as “the Leonard Cohen cover you need in your life right now” and praising it for being so gorgeous.

Claire Morales & Rachel Gollay – “Suzanne.”
Morales has done her fair share of covers and collaborations in the past year, but none are quite as gorgeous as the one she put out in March of this year with Fort Worth’s Rachel Gollay. Not since Nina Simone tackled this one in 1969 — two years after its initial release — has this tale of plutonic admiration for Suzanne Verdal sounded so good.

Sur Duda – “Memories.”
Perhaps the worst-reviewed album of Cohen’s career was 1977’s Death of a Ladies Man, where the adored folkie dipped his toes in the waters of Phil Spector’s Wall of Sound. Like a lot of artists that worked with Spector over the years, the additional bells and whistles proved unnecessary. But this 2014 cover by Sur Duda (War Party’s Cameron Smith) plays out like a proverbial Let It Be…Naked-style redemption.

Roy Robertson – “The Guests.”
Just a couple months before his band Pageantry released its debut Friends of the Year EP back in 2013 — back when we still primarily thought of Robertson as a solo artist — he turned in this folky, bedroom pop take on Cohen’s 1979 folk classic. Whereas the track preceded Robertson’s transition to band leader of a bigger/busier-sounding project, it was the opposite for Cohen, who was returning to stripped back folk after Death of a Ladies’ Man.

Rhett Miller – “Tower of Song.”
Not long after Miller’s cover-filled 2011 solo disc The Interpreter dropped, he was tapped by Columbia to contribute another cover tune to its 2012 tribute to Cohen, which also included contributions from Bradford Cox, Cults and A.C. Newman, among others. For his entry, Miller selected 1988’s “Tower of Song,” a staple of Cohen’s live sets over the years.

Other Lives – “The Partisan.”
Often credited to Cohen, this song from his 1969 Songs From a Room was written and recorded in French in the ’40s, as “La Complainted du Partisan.” Oklahoma indie rockers Other Lives frequently included this cover of Cohen’s version in its live sets for years. Here they are with their Dallas-bred touring violinist Daniel Hart, playing the thing at Good Records back in 2012.

Sarah Jaffe – “Chelsea Hotel No. 2 .”
Before she went electronic with 2012’s The Body Wins, the then-folkie recorded this pretty faithful take on Cohen’s 1974 song about his sexual dalliance with Janis Joplin for the Denton-based Violiltinist Sessions website all the way back in 2010. Check out the rest of that session and interview portion here.