In Vol. 2, The Guardians Of The Galaxy Song Remains The Same. 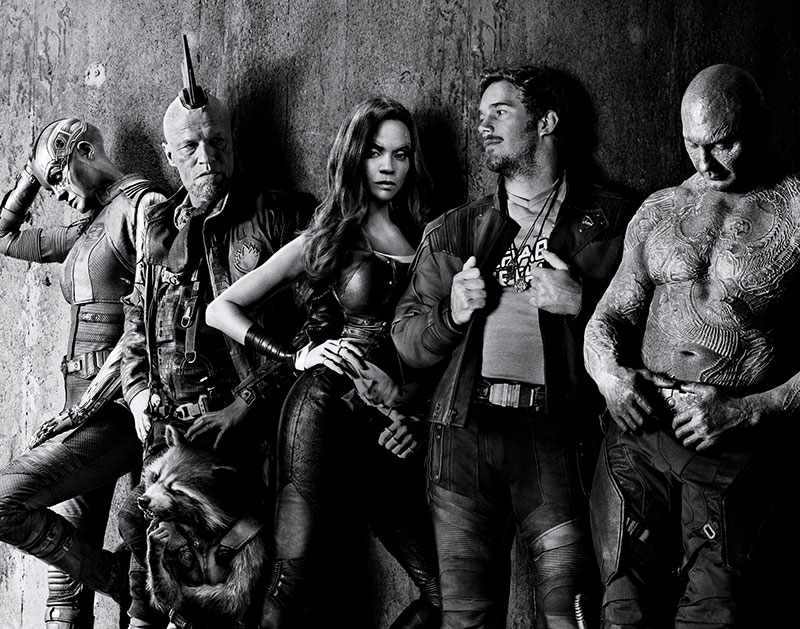 James Gunn Reinvented The MCU Wheel With The First Guardians Movie. In The Second, He Mostly Sticks To The Same Playbook — And That’s OK.

For a while, the Marvel Cinematic Universe more or less had a formula for its stories and tone.

Then, in 2014, director James Gunn came along and flipped the script. Fully embracing a more fantastical cosmic side of the MCU, Gunn’s original Guardians of the Galaxy felt like a breath of fresh air thanks to its awesome characters — talking trees and raccoons, anyone? — and killer soundtrack. It didn’t take itself seriously, and it significantly upped the fun quotient too. And, in doing so, it raked in a cool $773 million worldwide as the surprise hit of that year.

With Guardians of the Galaxy, Vol 2., Gunn isn’t exactly reinventing his wheel. Instead, he sticks to the template established by the first movie, doubles down on what works and throws out what didn’t. That’s maybe a little disappointing — it’d be cool to see the Guardians thrown through a bit of a loop in their second onscreen appearance — but Gunn knows well that audiences just want to spend more time with this awesomely written cast of characters. And, in that regard, he delivers.

Now an established team, Vol. 2 opens with the Guardians in the middle of a job, defending some batteries from some insane, fanged, tentacled monster. We see the team doing their usual dance of bickering and throwing jabs at each other: Peter “Star-Lord” Quill (Pratt) exudes fragile confidence as the leader; Gamora (Saldana) is his no-nonsense conscience; Drax (Batista) slashes first, and ask questions later; Rocket (Cooper) is the most sarcastic genius this side of Rick Sanchez; and then there’s Baby Groot, the team’s mascot if not its emotional core.

They’ve grown some — manchild Peter is a little more responsible these days and Drax has dropped some his steely exterior for a more drunk uncle persona — but they’re still the same immensely team, and that alone is frankly enough to carry this film.

It helps, of course, that the actors behind these characters are uniformly great and clearly comfortable working together as a unit — yes, even Micheal Rooker as Yondu, the baddie from the original film who returns this time around and experiences what’s arguably the film’s most emotional arc.

The original movie succeeded at least in part because of the wealth of emotions that ran just beneath the top-level entertainment value, and Vol. 2 manages to similarly rise above most of the MCU fray because it sticks to similar themes. Be it chosen or blood-related, the concept of family is again a major player, thanks to the introduction of Kurt Russell, who is perfectly cast here as Peter’s father, and the re-introduction of Gamora’s sister Nebula, played by Karen Gillian.

The plot is a bit of a retread of the first version, too, with this Gunn even going so far as to ape specific visual ploys used last time around. But, whatever, that’s not why moviegoers fell in love with the Guardians. With this crew, it’s all about asshole-ish bickering set to rad music.

And, once again, the Guardians are victorious on that front.

Grade: B.
No more articles