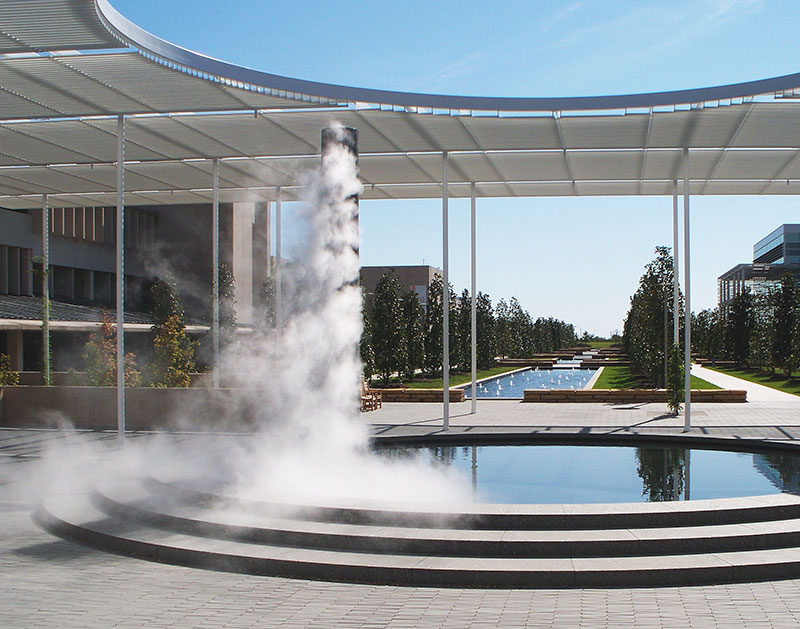 After Receiving No Information During This Week’s Bomb Threat Hoax, Students And Faculty Now Question The Effectiveness Of UTD’s Alert System.

Tuesday afternoon’s bomb threat on the campus of The University of Texas at Dallas turned out to be a hoax, much to the relief of students and faculty at UT Dallas campus, but questions now linger surrounding the school’s emergency alert system after several students reported not having received either an emergency text message alert or email alert about the situation.

At around 2 p.m., UT Dallas campus police received a call from an anonymous caller who demanded money when placing a bomb threat, the Dallas Morning News reports. Shortly thereafter, at 2:42 p.m., the school’s official Twitter account sent out a series of tweets, asking students to “immediately evacuate all buildings and parking garages on campus” and to “go to UT Dallas parking lots and stay away from buildings until further notice.” Students not on Twitter were also supposed to receive a text message or email alert about the situation as well.

But a number of students, including Harish Guda, a PhD student and teaching assistant at UTD’s Naveen Jindal School of Management with a full course load this summer, say they received no such alert.

It was so poorly handled, most of us at JSOM didn’t know there was a bomb threat until the all clear message came.

Guda says he was sitting in his office on the third level of the JSOM building when he saw people leaving the building.

“Nobody knew what was going on, but somebody got this information,” Guda says. “Nobody told us what was happening. There was no PA announcement, no fire alarm. It was just word of mouth.”

Guda says the only way he found out what was going on was after he checked Twitter and saw that a bomb threat was made to the school.

Other students also took to Twitter and posted about not having received text or email alerts.

dude okay i didn’t any text either, i only found out about it through the meteor theater twitter lol

The thing is, I didn’t receive any alert via phone or email. Had I not been on twitter, I wouldn’t have known. This is disturbing.

I didn’t! I wasn’t signed up for text alerts but I checked my UTD email when we were evacuating & I didn’t get any emergency emails either ?

Rachel Masingill, a senior studying marketing at UTD, says that she wasn’t on campus when the evacuation notice was sent out. She did not receive an alert, but says she heard from friends who are enrolled in summer courses who also said they hadn’t received text message alerts.

“Even if they had texted that something was going on and to check the website, it would have been timely,” Masingill says. “But the fact that I didn’t receive any kind of direct notification was worrying. And that kind of notification is not good enough because not everybody is on Twitter.”

On UTD’s Facebook page, a post about the bomb threat being a hoax was met with a mix of comments from current students saying they didn’t receive any alerts, despite saying that their contact information was believed to be up to date with university records. Conversely, one former student commented on the UTD Facebook page that he and other people he knows received the alert even though they are no longer enrolled the school. 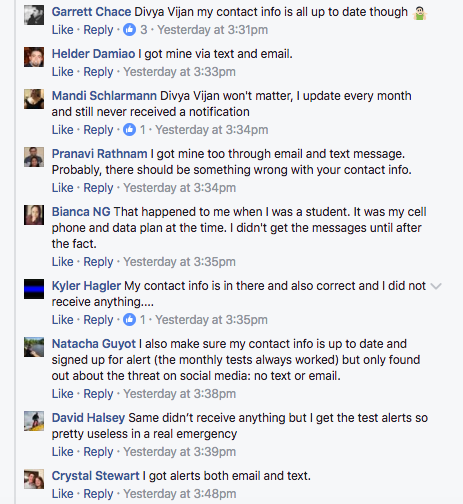 Across social media and when contacted directly, UTD students and professors like Guda, say they are now worried that Tuesday’s bomb hoax revealed an error either in the the school’s information dissemination protocols or in the school’s emergency alert system itself.

Reads that statement: If a student is currently enrolled for a given semester, they are automatically signed up for our emergency text and email alert system. All faculty and staff are also automatically enrolled. Tests of this system occur the first Wednesday of every month. If there are changes to their contact information, or situations in which they don’t receive alerts, they should visit www.utdallas.edu/textme/.”