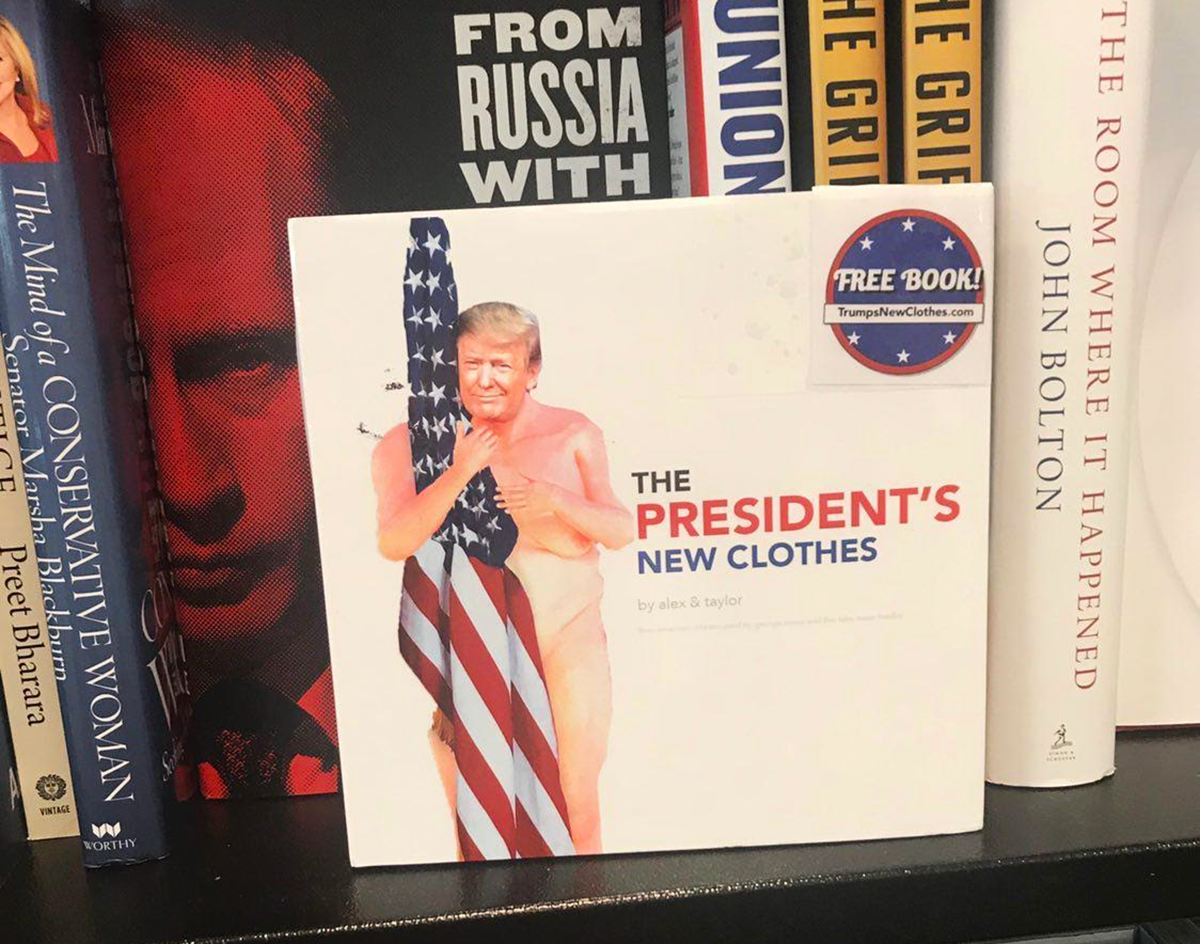 Two Dallas-based artists have put a new, disgustingly literal spin on the talk of Trump’s actions akin to naked authoritarianism with the release of their politically-charged picture book, “The President’s New Clothes.”

The artists — who have asked to be referred to only by their first names of Taylor and Alex — created the book as a satirical account of President Trump’s rise to power and the events that followed during his first term.

The book, which can be purchased online, reads like a children’s nursery rhyme with a vulgar twist: Every photo of the president has been overlaid with a digitally generated 3D digital avatar.

If you happened to stop by a Target or Barnes & Noble around Dallas recently, then you might have noticed it dropped on various shelves. Dozens of free copies were left behind in these stores as part of a guerilla marketing stunt in which they briefly sat next to glossy covers of other books about Trump and Joe Biden. 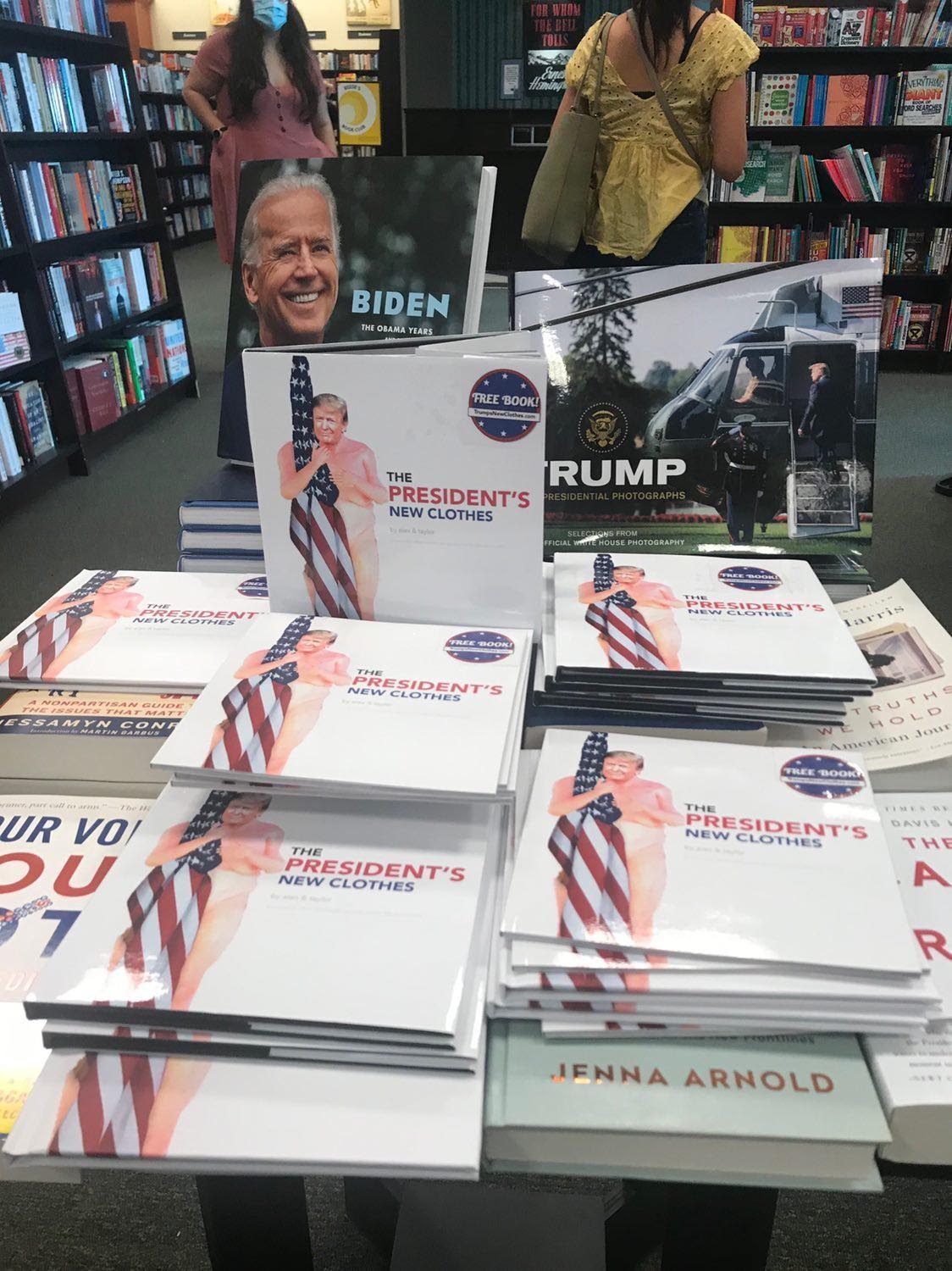 Aside from the direct reference to the classic fable “The Emperor’s New Clothes”, the artists say the inspiration for the book was conceived from having to live through the controversies that have plagued the administration.

“It’s easy to forget what exactly has happened,” Alex says. “We wanted to put together something funny that would also remind people of these facts.”

Whether it’s right-wing conspiratorial tropes — on the cover, the artists joke they were paid by George Soros — or taking creative liberties with Trump’s anatomical presentation, nothing is off limits for the authors. Much of the narrative, actually, centers around Trump’s egomaniacal motivations and actions as they relate to “his barely visible, tiny freckled pee pee.”

The vulgar approach was intentional.

“We wanted to mirror Trump’s approach to bullying and name-calling,” Taylor says. “We kept saying he has a tiny penis because it seemed like one of the most embarrassing things for someone who is always talking about how big things are.”

If mirroring the frequency with which Trump brings up certain obsessions was a goal, the artists have certainly succeeded. The book is not long, but it does deliver at least a dozen phallic references.

Freud would have a field day. 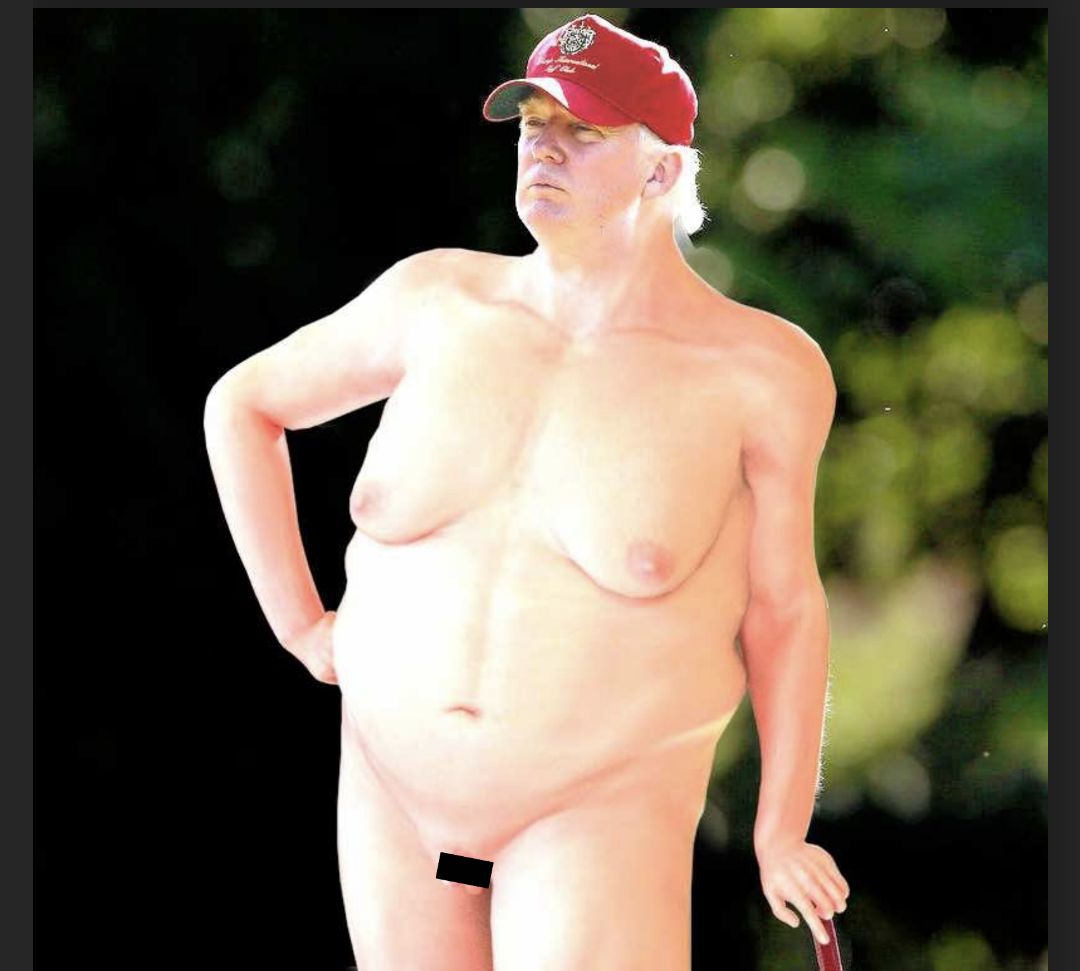 Of course, this isn’t the first time Trump’s genitals have been the target of political art.

In 2016, an anarchist art collective installed several castrated Trump statues across five cities entitled “The Emperor Has No Balls.”

More recently, Trump has openly blamed social unrest and violence on such “radical left-anarchist”, making a boogeyman of sorts out of Antifa — the anti-fascist ideology that even the FBI has said is not a formal organization.

When asked if they are members of Antifa based on their alleged Soros connections, the artists respond as follows: “No. Well, not yet.”

Conventional wisdom might suggest this sort of artistic approach will not change anyone’s beliefs, but Trump’s 2016 victory shattered many of the normal assumptions of how politics works in modern elections.

“Never,” many likely said in 2016 at the mere thought of a naked authoritarian clenching the highest office in the U.S.

The book is not meant to downplay Trump’s authoritarianism, but rather to return fire by treating a bully like a bully and paying no reverence to someone who pays none to the office he holds.

Perhaps the tiny little black bar over Trump’s genitals in “The President’s New Clothes” may sway a voter. At the very least, it will make us laugh a little bit while reminding us of all the absurd antics he has pulled as president.

Photos courtesy of Taylor and Alex.