Max Benedict Is Here To Stay. 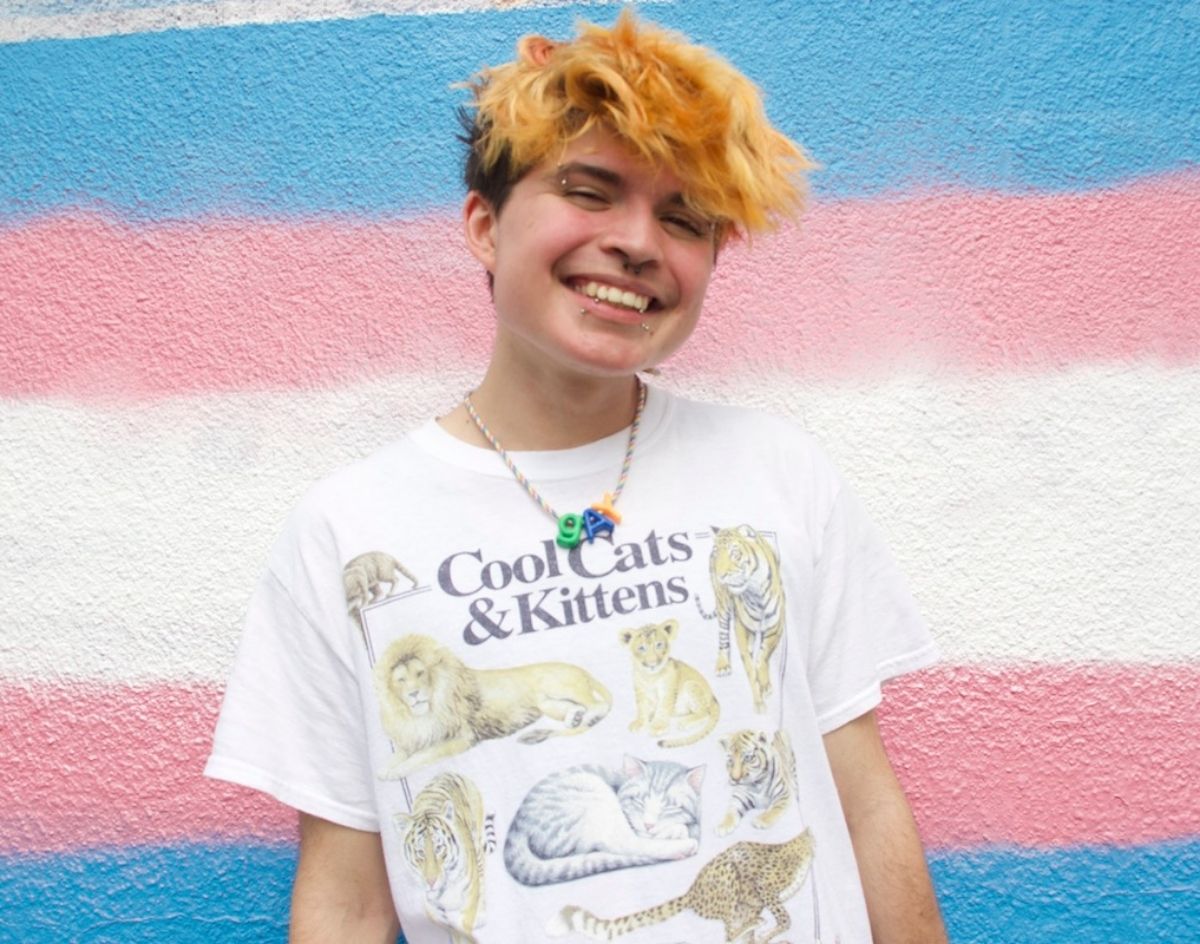 Meet The Founder Of LGBTQ Here To Stay, An Emerging Dallas-Based Nonprofit Working To Amplify Queer Voices With Art And Music.

Just a few days shy of its two-month anniversary on May 15, nonprofit artist collective LGBTQ Here To Stay has hosted a handful of art markets and music events, garnered over 1,000 followers on Instagram and has plans to go on tour across Texas this summer.

With an emphasis on donating funds raised to support local mutual aid organizations such as North Texas Rural Resistance, Say it With Your Chest and Don’t Mess With Trans Texans, the nonprofit works to uplift queer and underrepresented artists and musicians.

The nonprofit was birthed after 20-year-old Maxwell “Max” Benedict left his job as a preschool music and art teacher when the latest wave of legislation targeting transgender individuals surfaced in February and March.

“It’s where I started feeling a bit unsafe in my job,” Benedict says. “It’s not really a reality for me right now as a trans individual in Texas. I was feeling […] smushed out of existence as a queer individual and a disabled individual as well.”

Leaving a field he was passionate about after six years of experience, the Burleson native started brainstorming ideas to help create spaces where queer, disabled and people of color individuals could feel safe.

On March 27, Benedict hosted what he originally envisioned as a backyard potluck with a handful of his friends. The event panned out to be an art market that yielded about 60 attendees and served as the catalyst for the founding of LGBTQ Here To Stay. 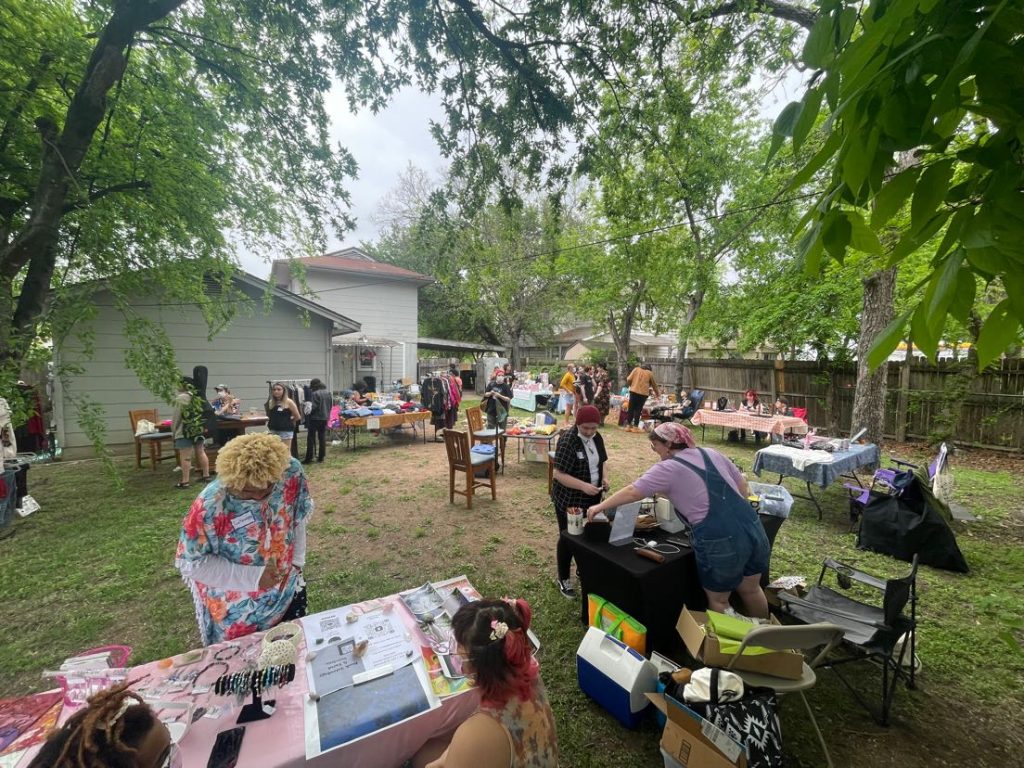 “After speaking to my friend who happens to do booking at venues — they had messaged me and said ‘hey, I got you an event at an actual music venue […],’” Benedict says. “And so it was actually that night where I was like, oh shit, this could actually happen. It doesn’t have to be a little dream or vision in my head. I could actually [bring] together local musicians, local queer musicians and local queer artists.”

Benedict spent the next week and a half promoting the event on social media and getting local musicians like Denton-based smothered involved. The turnout for the group’s first venue event on April 6 was beyond Benedict’s expectations. On a Wednesday night, around 120 people crowded Tulips in Fort Worth.

From there, Benedict began the groundwork of taking the nonprofit to the next level, making appearances at local art markets where they would hand out free harm reduction materials.

The nonprofit’s ultimate goal is to open a tea shop that’ll provide a “calm work environment and a living wage for BIPOC, disabled and LGBTQ individuals.”

In the meantime, LGBTQ Here To Stay will host weekly art and music events on Wednesdays at Tulips and two art events each month — with the next on May 15 at Central Arts in Bedford. 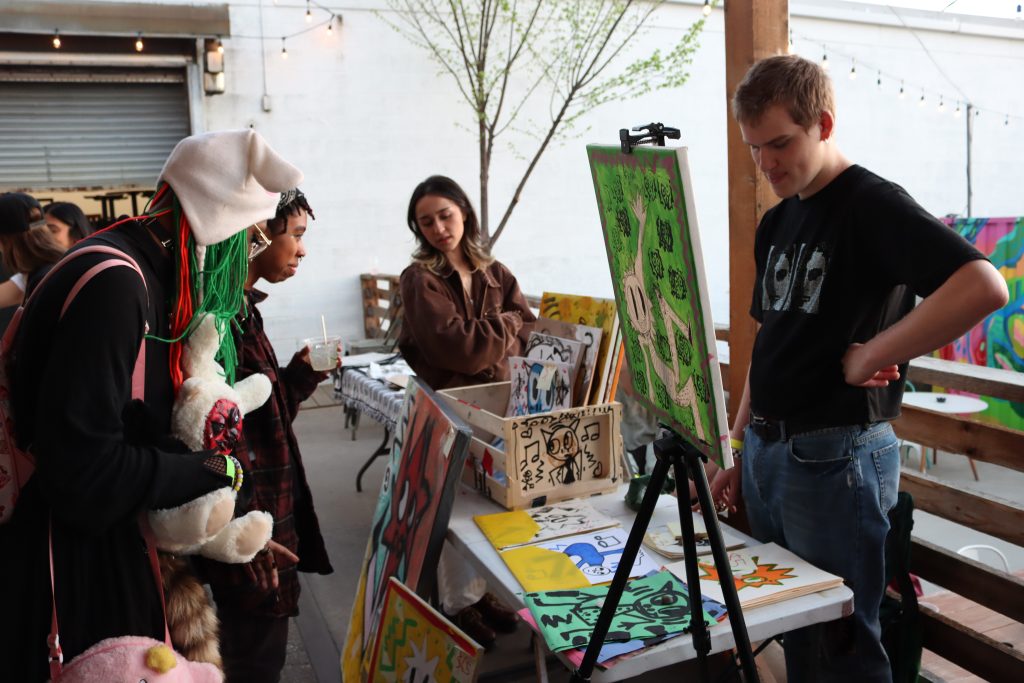 From July 7 to 10, Benedict along with local acts Homewrecker & The Bedwetters, No Place Like Home and Party Hats will tour San Antonio, Austin and Houston to host traveling art markets.

Benedict says the budding success of the nonprofit comes with the fear of backlash and attracting negative attention, especially following the anti-trans activity occurring around DFW. Although the group hasn’t experienced any backlash so far, it’s always a concern.

“Queer people, disabled people, BIPOC individuals — we all deserve to express human emotions,” Benedict says. “I hate that all marginalized identities feel as if they have to like walk on their tippy toes and make sure they don’t say the wrong thing and make sure you don’t look too upset if somebody misgenders you or if somebody says something racist. There’s plenty of things for us to be angry about in general, but especially whenever it’s every single day — it’s exhausting.”

The sometimes stressful nature of activism is why Benedict is grateful to work with Elizabeth Adebayo and Aaron Hutts, who help operate the nonprofit but also keep him grounded. Hutts serves as the nonprofit’s art coordinator and Adebayo manages volunteers and social media, but their roles surpass the everyday operations of the group.

“I’m really freaking thankful for Aaron Hutts […] as somebody that I can reach out to for the direction of things,” Benedict says.

He credits Adebayo as someone he bonds with over shared experiences growing up in religious environments.

“I’ve like struggled my whole life, and a lot of other people also experience just feeling like you got lucky or that you don’t really deserve, you know, the good things that have happened to you,” Benedict says. “I feel like a lot changes whenever you’re working with people that are just like you and care about the same things you do. […]

Long story short, I could not do it by myself. That’s why I’m so eternally grateful that [Elizabeth and Aaron] are there to also provide emotional support because it is a lot putting yourself out there in that way.” 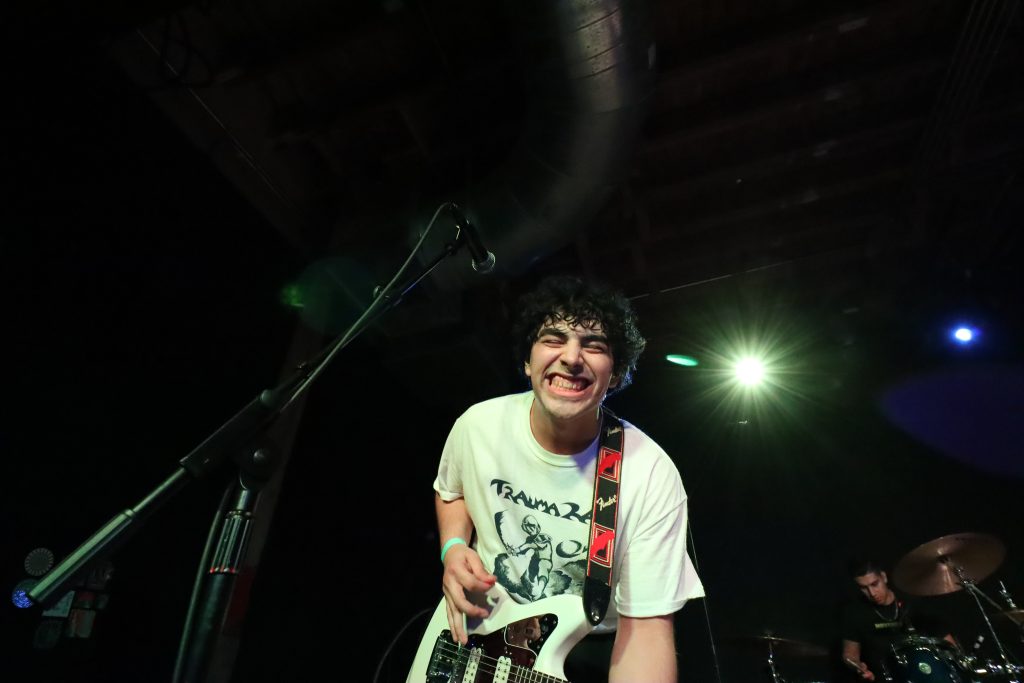 Cover photo by Rhema Joy Bell. Others courtesy of Here To Stay.