Questlove’s Hip Hop Brunch — You Had To Be There. 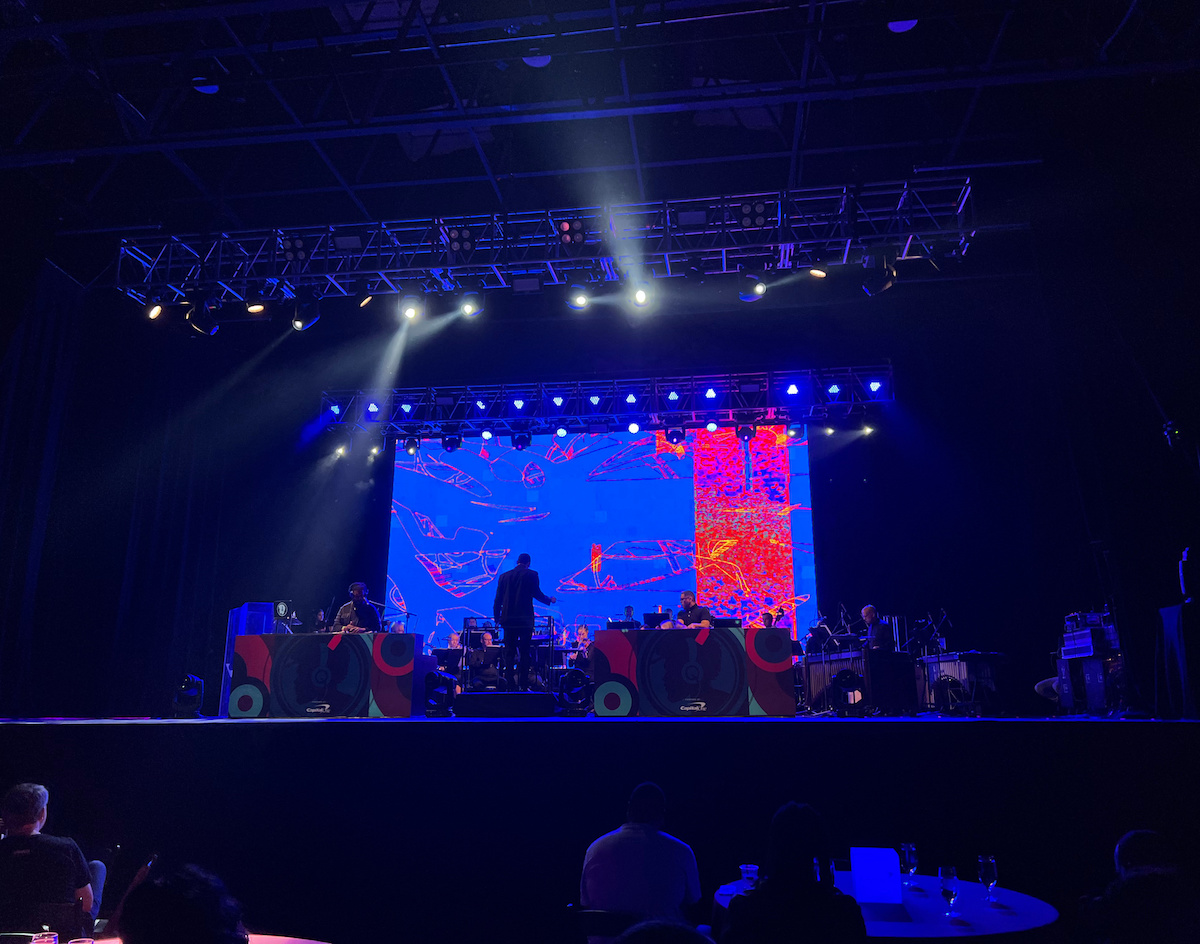 The Factory in Deep Ellum turned into more than just a concert venue this weekend with artwork projected across the walls and Questlove and the Dallas Symphony Orchestra on the stage. Catered chicken ‘n’ waffle sliders, shrimp ‘n’ grits and soul food tacos brought attendees to assemble in a line formation to satisfy their brunch needs before watching an old school hip hop set. The event also benefitted the Dallas Black Dance Theatre and Big Thought, a nonprofit that strives to close the opportunity gap for marginalized youth.

Questlove’s Hip Hop Brunch Saturday afternoon was a Deep Ellum rendition of a symphonic journey through some ‘80s hip hop classics joined by other artistic elements, such as visual works from JM Rizzi and Jeremy Biggers, two Dallas-based artists, and dances from students of the Dallas Black Dance Theatre.

Questlove, a hip hop icon best known for his career as the drummer for The Roots and the bandleader on The Tonight Show Starring Jimmy Fallon, commanded the stage for the two-hour set, joining forces with the Dallas Symphony Orchestra to bring a unique kick to the songs we grew up listening to.

The visual part of the performance brought projected, abstract works to the sides of the seating area and the big screen behind the orchestra. These works, made by Rizzi and Biggers, were assigned to the pair about a year ago when they were given the task of using artwork to convey the same vibes that the musicians brought to the stage. Everything from black and white abstract lines to sketched animations of dancers flooded the screens to give audience members a more immersive experience.

While Rizzi has worked with multimedia projects in the past, such as projection-mapped projects and a city takeover in Beijing, this is the first project of this kind that he has seen, he says. In his work, he uses layering as instruments while listening to music to inspire the pieces, making this the perfect gig for him.

“The organizers put together such amazing ingredients, [and] all we had to do was not burn it,” Rizzi says. “[…] In some ways, putting together quality ideas and talented people will result in something amazing.”

Sitting at one of many roundtables in The Factory, he became teary-eyed seeing his work come to life. As he heard the beats from a Raekwon song, it especially hit home getting to see his work on stage with the tunes because he came from Staten Island, the hometown to the likes of the Wu-Tang Clan and Method Man. He credits the roots of blues, funk, jazz and other styles to inspiring both the culture of hip hop and this work.

“There’s so much more to the music of hip hop,” Rizzi says. “There’s so much history. Not just the music itself, but what hip hop uses, whether it be sampling [or] beats. It’s so much deeper than what people might think hip hop is, particularly today.”

The artistic journey wrapped up with a standing ovation across the sea of people. After that, they quickly filed out of the venue, grabbed some last minute brunch treats and celebrated Questlove’s Dallas tribute to ‘80s music.