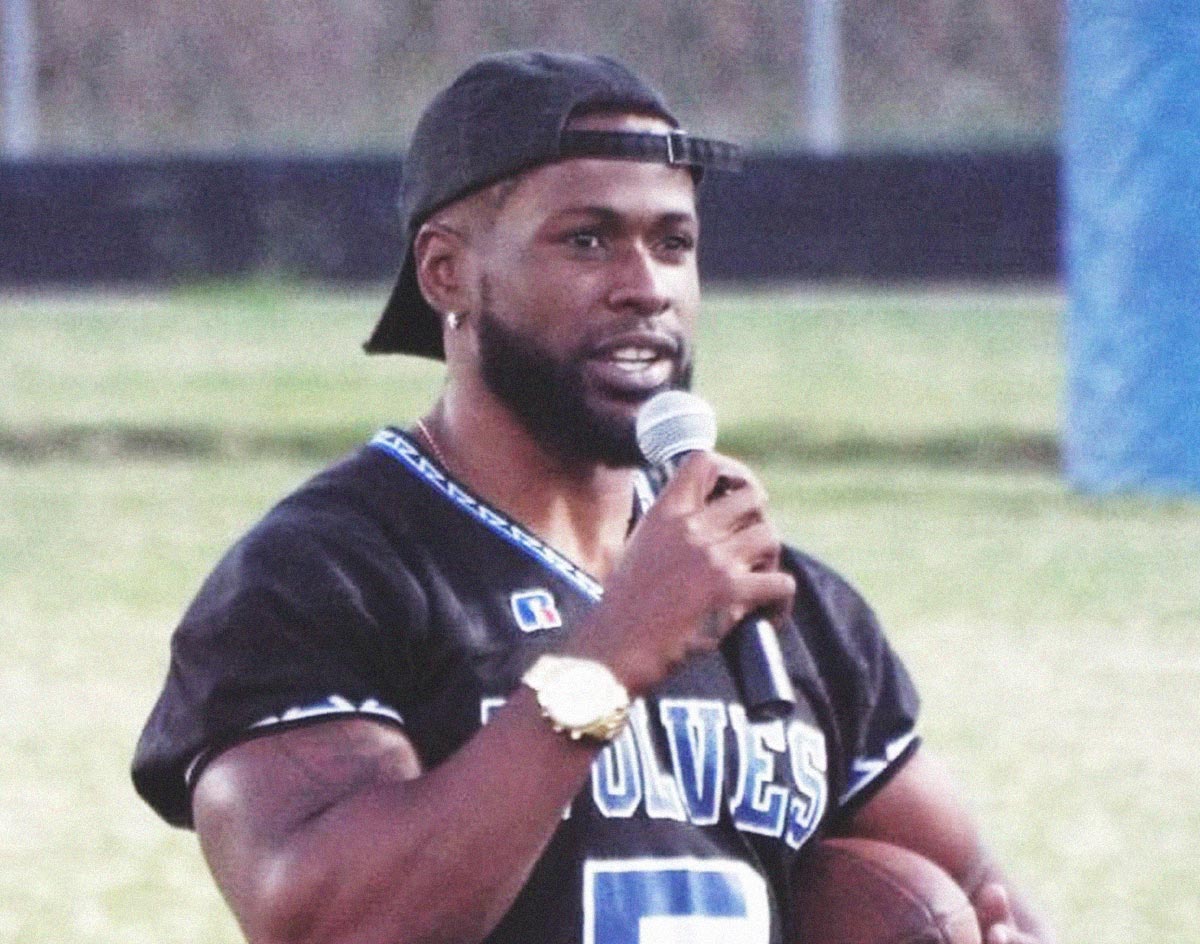 Before Being Killed By A Cop In His Hometown This Weekend, The 31-Year-Old Shared A Facebook Post That Defended The Police Amid National Protests.

At 8:25 p.m. on Saturday, October 3, 31-year-old Wolfe City native Jonathan Price was shot and killed by one of just three police officers who work in the town.

Lawyers representing the family of Price, a Black man, say he was trying to break up a fight between another man and woman at the Exxon gas station and Kwik Chek convenience store located on Santa Fe Street in his hometown when police were called to help calm the situation.

Lawyers add that the disturbance had already been settled by the time the 22-year-old Wolfe City police officer Shaun David Lucas, who is white, arrived at on the scene. They say an unarmed Price’s hands were up when Lucas fired his taser on him, and that Price was convulsing on the ground when Lucas then took out his service gun and shot him. 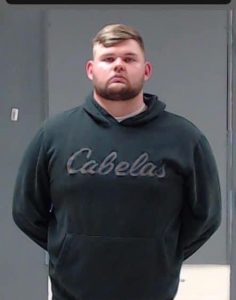 Officer Shaun David Lucas has been booked on a murder charge for Jonathan Price’s death.

On Sunday, October 4, Lucas was placed on administrative leave pending an independent investigation of Price’s death by Texas Rangers, who WFAA says is in possession of gas station security camera footage of the incident.

On Monday, October 5, Rangers booked Lucas into Hunt County Jail on murder charges. His bail was set at $1 million.

A candlelight vigil was also held in Wolfe City on Monday evening, as members of the close-knit community —  which is located about 70 miles northeast of Dallas, and its residents describe as a place where “everyone knows everyone” — mourned the loss of Price, who worked as a city employee, fitness trainer and motivational speaker in the city in which he was raised. The town has a population of just 1,400.

After high school, Price went on to play football at Abilene’s Hardin-Simmons University. His family’s lawyers describe him as a “hometown hero.”

Four months prior to his death, at the height of nationwide police brutality protests following the murder of George Floyd at the hands of Minneapolis police, Price posted a Facebook update in which he shared his own experiences with police throughout his life and defended law enforcement against blanket accusations of racism.

Wrote Price: “There were times i should have been detained for speeding, outstanding citations, out dated registration, dozing off at a red light before making it to my garage downtown Dallas after a lonnng night out🍾🙈 i’ve passed a sobriety test after leaving a bar in Wylie, Texas by 2 white cops and still let me drive to where I was headed, and by the way they consider Wylie, Texas to be VERY racist 🤔💭I’ve never got that kind of ENERGY from the po-po🚔🤷🏾‍♂️… Not saying black lives don’t matter, ☝🏾but don’t forget about your own, or your experiences through growth / ‘waking up’.” 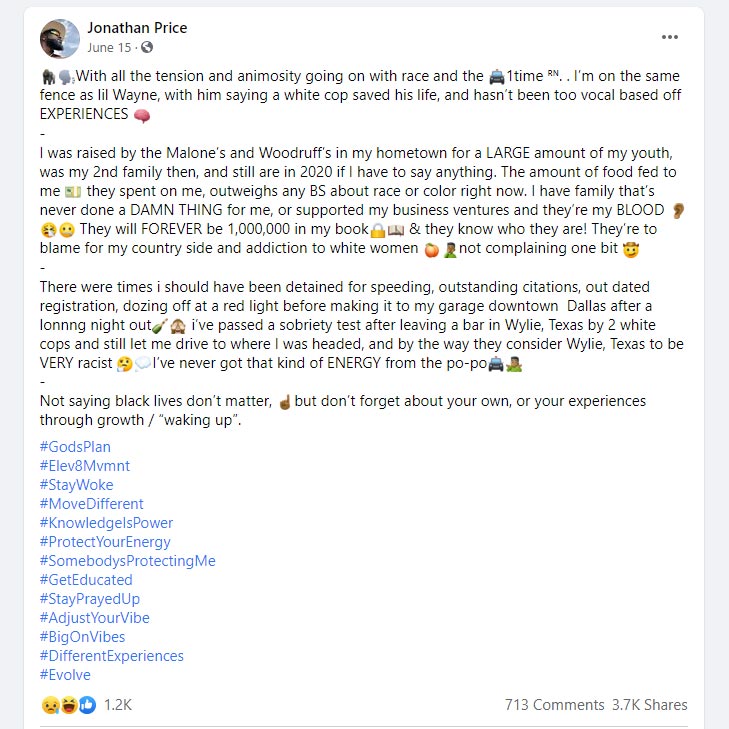 Price’s own position on racism within police ranks aside, the East Texas-raised former Red Sox third baseman Will Middlebrooks — a childhood friend who described Price as his  “first ever favorite teammate” — hasn’t minced words in reaction to Price’s death. He describes his friend’s death as “purely an act of racism”, and says Lucas shot him “just [because of] his skin color.”

Middlebrooks’ posts about Price’s death have placed an additional spotlight on this, the latest case to make national news in which an unarmed Black man allegedly lost his life at the hands of a white cop. Bolstered by coverage in People magazine and other national outlets, a GoFundMe account Middlebrooks set up over the weekend to support Price’s family in their time of need has already raised more than $91,000 at the time of this writing.

In a statement released Monday, the Texas Department of Public Safety says “Lucas attempted to detain Price, who resisted in a non-threatening posture and began walking away. Officer Lucas deployed his TASER, followed by discharging his service weapon striking Price. EMS was notified and Price was transported to Hunt Regional Hospital, where he later died. The preliminary investigation indicates that the actions of Officer Lucas were not objectionably reasonable.”

It is not yet known how many shots Lucas fired on Price, who would have turned 32 years old on November 3.