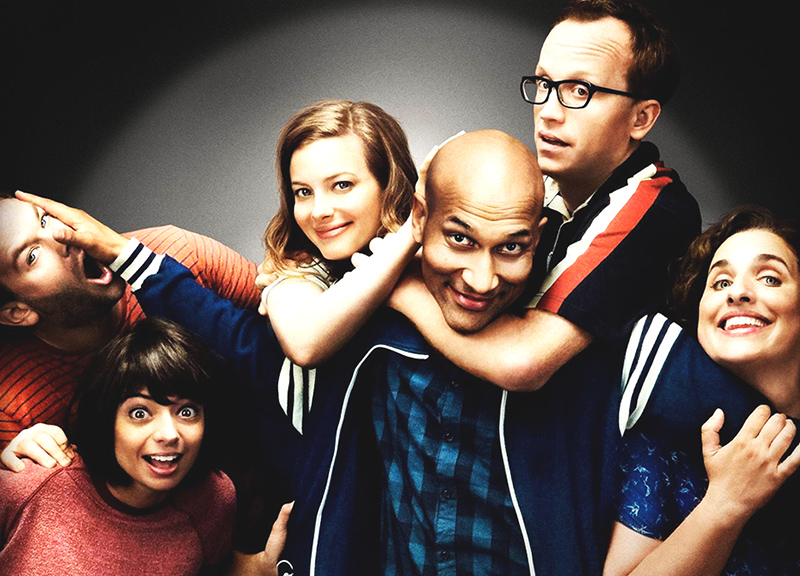 The pursuit of art as a living is an old story, but a poignant one nevertheless. No matter what field you’re in — writing, acting, music or even comedy — it takes years of relentless discipline and practice to get good at your craft. Having that “je ne sais quoi” and good luck doesn’t hurt, either.

But at what point should you hang things up and try to get a “normal” job? How much rejection is too much?

Director and star Mike Birbiglia’s second movie, Don’t Think Twice, explores these and many other themes about art, life, compromise and knowing who you are via the exploits of an improv comedy troupe called The Commune in New York City.

Led by long-time improv teacher Miles (Birbiglia), the group consists of Allison (Kate Micucci), Bill (Chris Gethard), Lindsay (Tami Sagher), as well couple Jack (Keegan-Michael Key) and Samantha (Gillian Jacobs). Throughout its run, the movie lays out the rules of improv, emphasizing that the comedy and the group should come first. But, as we see through the events of the plot, that’s a lot easier said than done.

Don’t Think Twice‘s story centers around the fact that both Jack and Samantha have earned auditions for Weekend Live ( the movie’s em>SNL stand-in) and that the improv theater where they’ve performed for many a year is about to close. These reveals cause some obvious frustrations and frictions within the group, making everyone question their lives and whether a career in comedy is right for them.

The movie paints all of its characters in broad strokes, which might be its biggest flaw. On the flip side, it makes their dynamics instantly recognizable. Here, the characters are more symbols than truly unique portraits; in turn, the themes of the movie are able to shine thorough.

From compromising yourself to get to the next level to realizing that maybe it’s time to call it quits, most anyone who has ever struggled in some creative endeavor will be able to relate to this movie. This is a struggle with which even non-creatives can surely relate; everyone has had doubts of their career choice or their way of life at some point. And Don’t Think Twice handles this topic really well. It’s a perfect encapsulation of the insecurities and the FOMO mentality that can plague 20- and 30-somethings.

Also refreshing? The movie is fair to all of its characters. There are no real villains or assholes here. Everyone has obvious flaws, sure, but the movie merely presents them rather than criticizing them, all the while asking if the grass really is greener on the other side.

Overall, this is a wonderful movie. Mike Birbiglia, whose pasty generic whiteness permeated to hilarious degrees in his previous movie, thankfully injects some personality into this effort while also being sure to keep the focus on everyone and not just him.

That’s a good lesson to learn in improve and film-making alike.